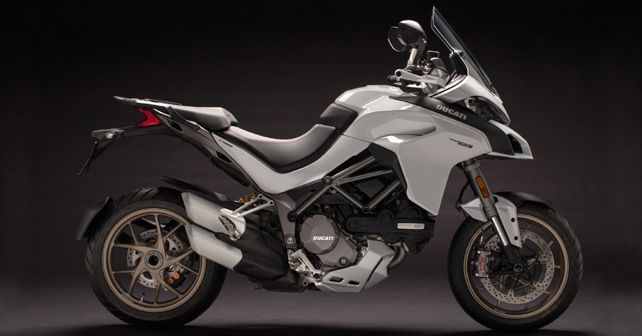 Ducati covertly confirms the launch of the Multistrada V4 in 2021, in a press release celebrating the delivery of the 1,00,000th Multistrada. Today, the Italian brand has 5 variants of the motorcycle on sale in India

Since after the introduction of the Ducati Panigale V4, there have been endless rumours of the Multistrada with a V4 heart. There have been several spy images and videos of the said motorcycle in the recent past too. Putting an end to all rumours, the Ducati has finally confirmed the Multistrada V4 is in the works and is expected to be launched globally in 2021. Exact details about the motorcycle, however, still haven’t been revealed.

Ducati officially confirmed the Multistrada V4 in a press release celebrating the delivery of the 1,00,000th unit. The Italian brand first launched the Multistrada in 2003, and the family has now achieved the 1,00,000-unit milestone. This motorcycle was delivered to Dave Hayward – a German Ducatista, who ordered the motorcycle from the Dusseldorf dealership. The motorcycle has a customised ‘Centomila’ laser marking on the handlebar. Hayward was handed over the keys to his brand new Multistrada by Ducati CEO Claudio Domenicali.

The Multistrada has truly evolved over the ages. In 2010, it became the first motorcycle to feature riding modes. In 2015, it featured a variable-timing heart – the Testastretta DVT (Desmodromic Variable Timing). Ducati has not only evolved the Multistrada brand but also brought various versions on offer. In India today, the Italian brand offers as many as five variants of the Multistrada – one 950 and four versions of the 1260.

To ensure that the Multistrada doesn’t lose steam in the wait time for the V4 version, Ducati is likely to bring in the 1260GT. This new variant is likely to come with a radar-based cruise control system. Coming back to the V4, aside from the Multistrada, Ducati is also expected to launch the Streetfighter V4 in the near future. Here’s what we know about the Streetfighter V4 so far.