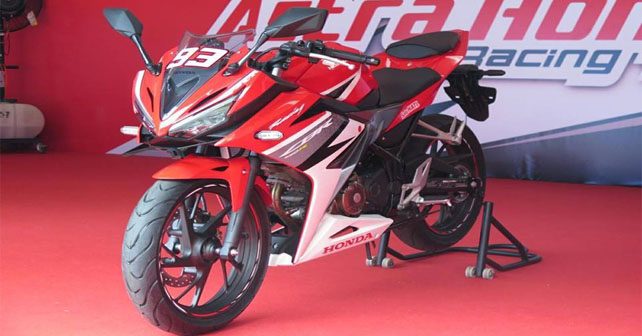 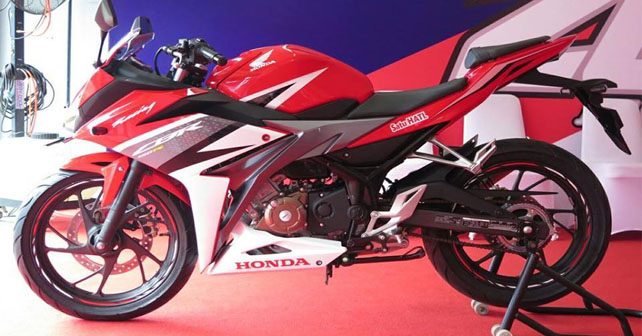 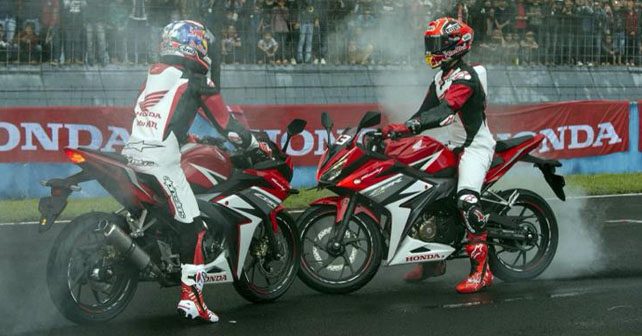 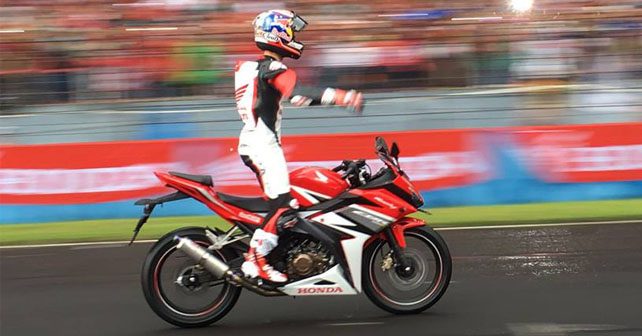 Ever since mid 2015, Sentul International Circuit has been making news as Indonesia is keen to host a MotoGP race. As they await for the verdict on whether they will host the world's premier two-wheeler competition in 2017 or not, the circuit was graced by Repsol Honda racers Marc Marquez and Dani Pedrosa. Both the MotoGP riders showcased all new Honda CBR150R, which will make its way to India.

The current CBR150R in India lacks the aggressive stance that its competition Yamaha YZF R15 version 2.0 enjoys and that's why the Honda bike wasn't able to make a mark in the market. But the all new CBR150R is very striking to say the least, thanks to the sharp front faring design and it now comes with full LED headlamp unit and LED indicators. The 2016 CBR150R also gets a fully-digital instrument console, new exhaust system, split seat set up with high pillion seat like the R15.

According to Honda, the CBR150R is now based on a lighter new diamond truss chassis. It is also a lot more rigid and stable thanks to a longer wheelbase, which is supported by Pro-Link suspension. Honda has tilted forward the 149.4cc liquid-cooled engine by 40 degrees for better performance.

The latest version of the CBR150R is available in Racing Red, Revolution White, Nitro Black colours in addition to the MotoGP edition that features Repsol Honda race bike livery.