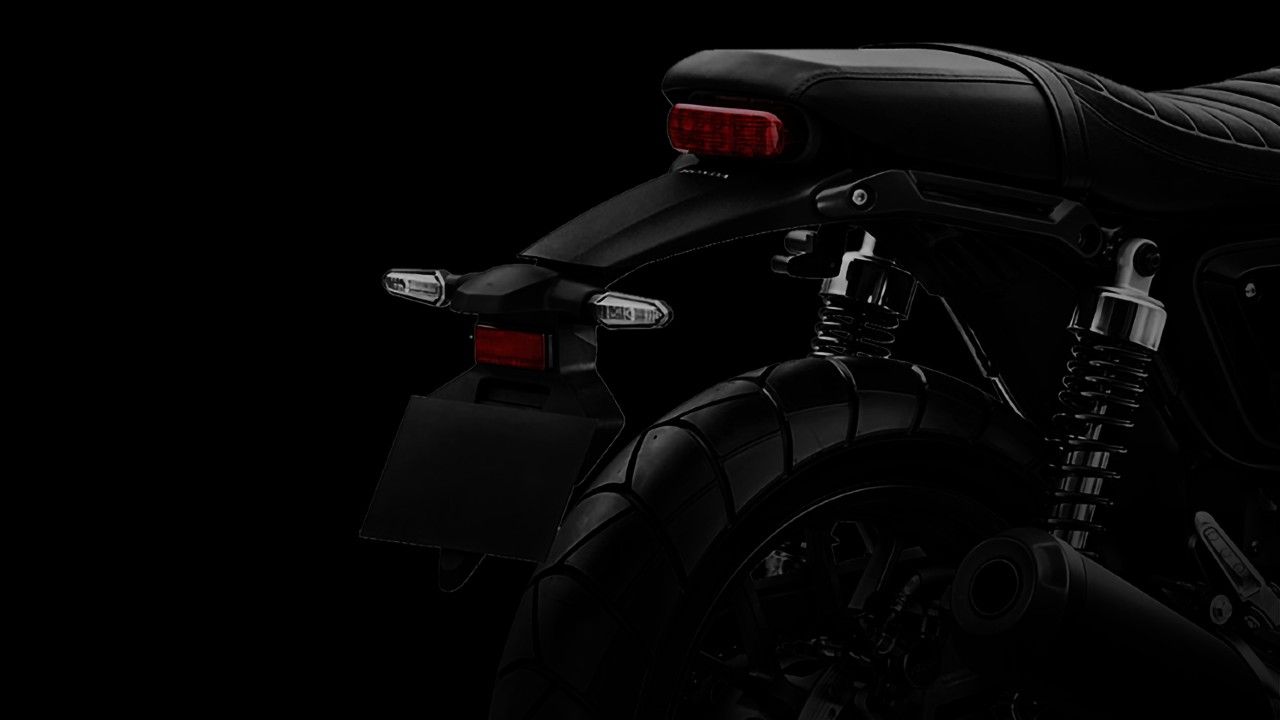 Honda has only released one teaser image as of now, and it reveals that the new motorcycle will have the same suspension setup and black elements instead of chrome. More details to be revealed on 16th February

Honda Motorcycle and Scooter India is all set to bring in their first new product for the year. The company has just released a teaser image and announced that the new motorcycle will make its debut on 16th February. While the image only reveals part of the motorcycle it is enough for us to make an educated guess that it will be based on the CB350 H’ness.

From the teaser images shared, it is evident that this new motorcycle will share the same twin shock suspension setup as the CB350. The tyes, however, have a completely different tread pattern. The CB350 sits on a 19-inch wheel at the front and an 18-inch wheel at the rear – this new model could possibly ride on 17-inch wheels at both ends. The other easily noticeable change is the tail section. While the CB350 H’ness gets the chrome rear mud guard with the round taillight, this one seems more inspired by the CB300R – especially the flat taillight. The indicators seem like they’ve been borrowed from the Hornet 2.0. Look closely and you will also notice that the seat contour is different from the H’ness. And the exhaust, although the same design, gets black power coated finish instead of the chrome.

Honda is unlikely to make any changes to the engine of this new motorcycle. It will continue to be powered by a 348cc single-cylinder engine that is good for 20.78bhp and 30Nm. This engine will come paired with a 5-speed transmission. We also know that the new motorcycle will be sold via Honda's Big Wing dealerships. While other details of the new motorcycle are still sketchy, we will know more when it is unveiled on 16th February. Stay tuned!