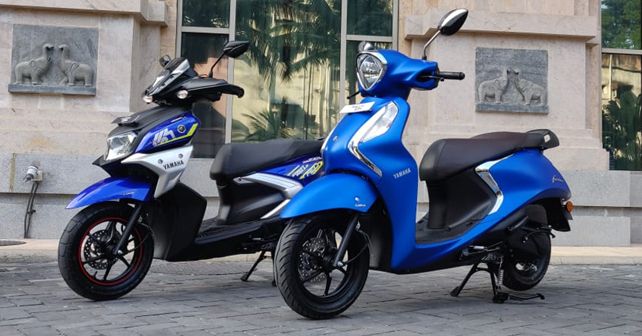 Yamaha has launched the BS-VI Fascino 125 FI scooter in four variants while pulling the covers off the Ray ZR and Ray ZR Street Rally 125 FI scooters; BS-VI version of the MT-15 street bike shown as well.

Yamaha has formally entered the 125cc scooter segment today with BS-VI compliant, 125cc fuel-injected (FI) versions of the Fascino, Ray ZR and the Ray ZR Street Rally 125 scooters. The prices for the Yamaha Fascino 125 FI start from ₹ 66,430 (STD Drum Brake) and go all the way up to ₹ 69,930 for the top-spec DLX Disc Brake version. There are two more variants in between. Meanwhile, pricing for the Ray ZR 125 FI and Ray ZR Street Rally 125 FI scooters will be revealed at a later date. 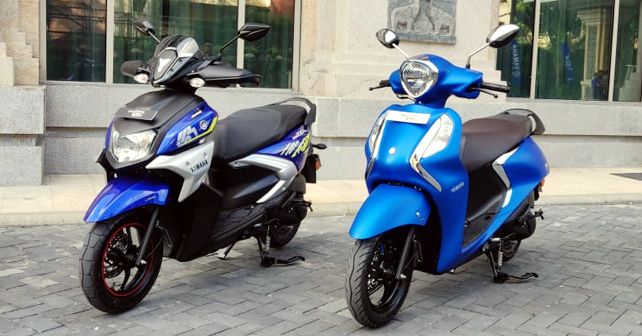 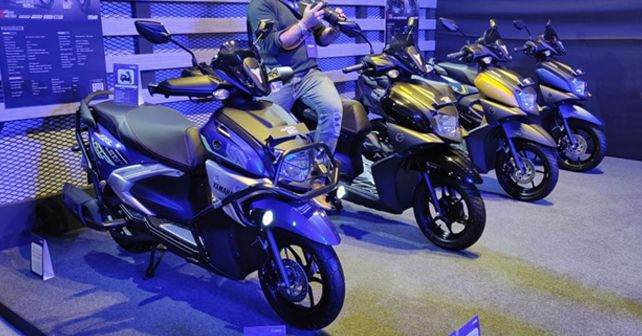 The 125cc engine isn't only mechanical upgrade on offer. Yamaha has also added an Engine Stop/Start system (that shuts the engine when the scooter comes to a halt and restarts it when the throttle is twisted) along with a Smart Motor Generator (SMG), which is essentially a quiet starter, much like Honda's ACG starter on the Activa 125 FI.

While the Ray ZR 125 and Ray ZR Street Rally 125 will be available in five and two exterior colour options, respectively, the Fascino gets the biggest colour palette of the three, with seven options. 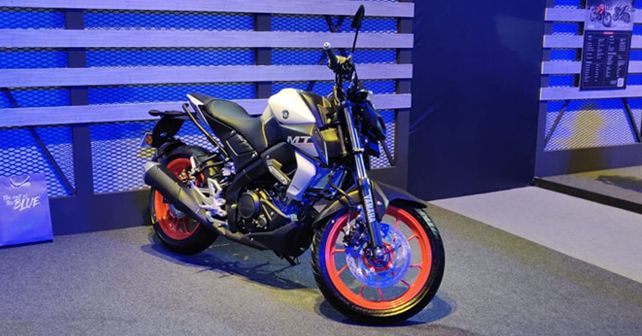 Along with the three scooters, Yamaha also pulled the covers off the BS-VI compliant MT-15. The MT-15 is the third motorcycle from Yamaha to get the BS-VI upgrade, after the FZ/FZS and the R-15. However, Yamaha is yet to reveal the performance figures and pricing of the BS-VI MT-15. For now, what we do know is that it gets a new 'Ice Fluo Vermillion' exterior colour and a new rear radial tyre.

Along the sidelines of the launch, Mr Motofumi Shitara (Chairman - India Yamaha Motor) also revealed that the brand's new dealership format (that's recently been opened in Chennai), called the 'Blue Square', is expected to grow to 100 locations within 2020. Further, from April 2020, Yamaha is going to discontinue all 125cc bikes and 110cc scooters.