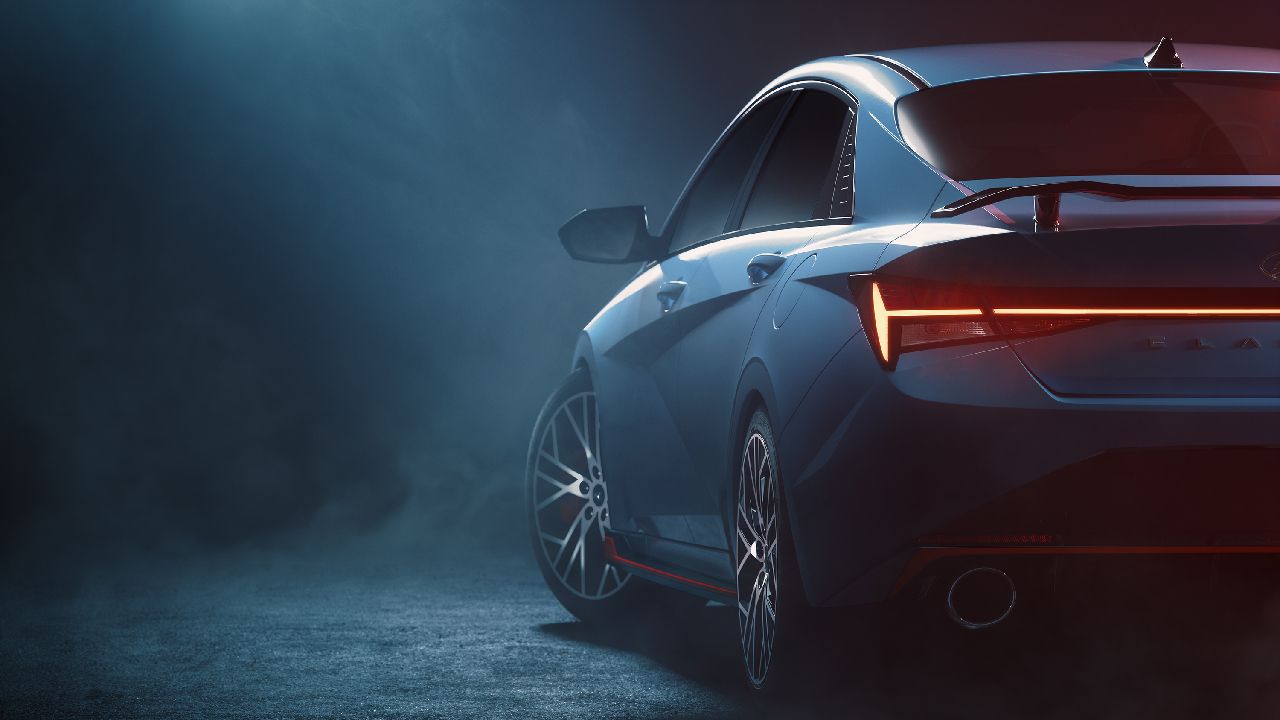 The Elantra is the third model from Hyundai’s N division. The Elantra N will be sold in the Korean market first, followed by the American market. The new ‘Hot Sedan’ could share its powertrain with its Kona N sibling.

Last month, a prototype of the Hyundai Elantra N was spotted lapping the Nürburgring, and now, the Korean carmaker has released a teaser for its upcoming 2022 Elantra N. The new performance sedan is the fifth model to get Hyundai’s ‘N’ badge. The first was the Veloster N sports coupe, and the second was the Hyundai Kona N – you can read about it by clicking here. The Korean carmaker also has the N-treated version of the i20, i30 – hatchback, and the fastback – in the international markets.

Speaking of the Hyundai Elantra N, the teaser images show bits of the rear and side profile. While the silhouette is likely to be the same as the standard sedan, the Elantra N will get a sportier body kit all around, highlighted in red. The bumpers on both ends will be beefier and exhibit a sporty design. The rear end will get a sporty diffuser, which will house dual exhaust tips. The sedan also gets a fixed spoiler that sports a very peculiar design. 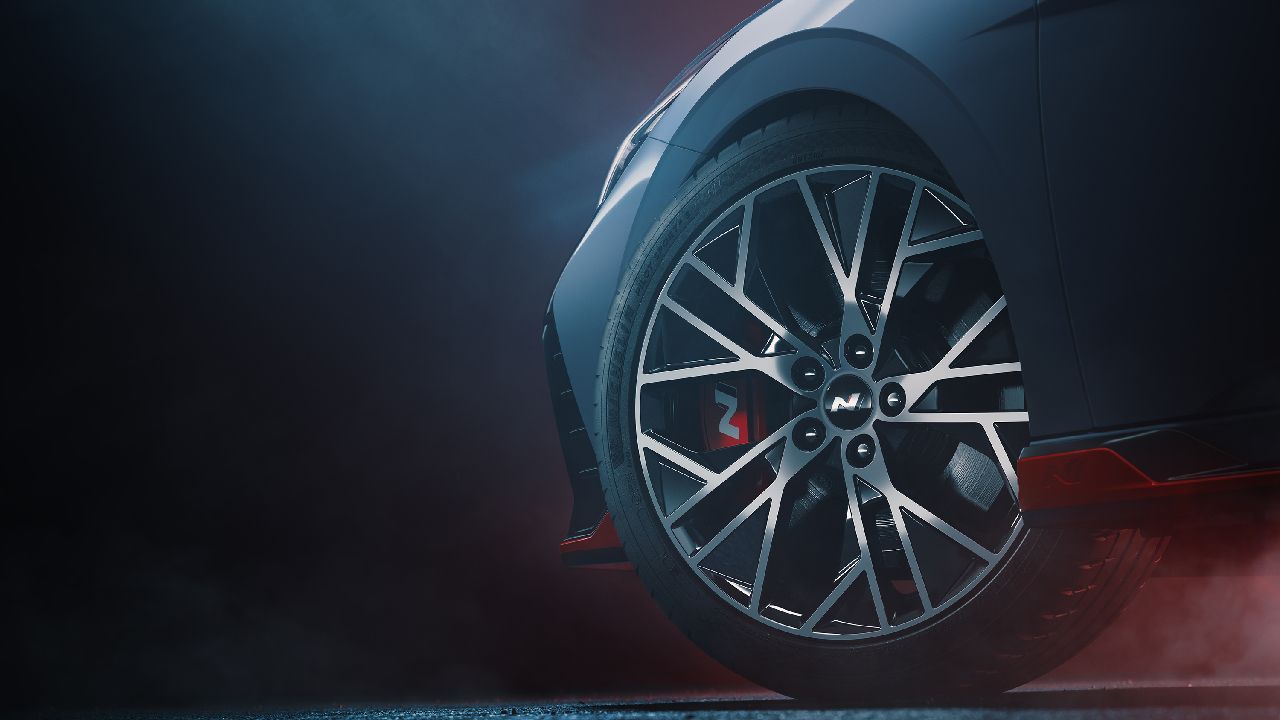 Another teaser image focuses on the wheel design with a diamond-cut finish. The brake callipers are painted in red, complimenting the highlight on the body kit all-around the performance sedan. The brake calliper also sports the ‘N’ badge. The interior is expected to come draped in black with red sporty inserts on the seats, dashboard, and door cards.

Hyundai is likely to equip it with a 2.0-litre turbo-petrol four-cylinder mill, which could produce a power figure north of 275bhp – just like the Hyundai Kona. All the power will be forwarded via an eight-speed dua-wet-clutch automatic or a six-speed manual to the front wheels. And no, there will not be an all-wheel-drive system on offer with this Korean performance sedan.

Expect the launch in the coming weeks. The Hyundai Elantra N will be first offered in the Korean market, followed by the American market. Will the Elantra N be launched in the Indian market? No, but we are waiting for an official word from Hyundai India about the i20 N-Line, which is expected here anytime now. 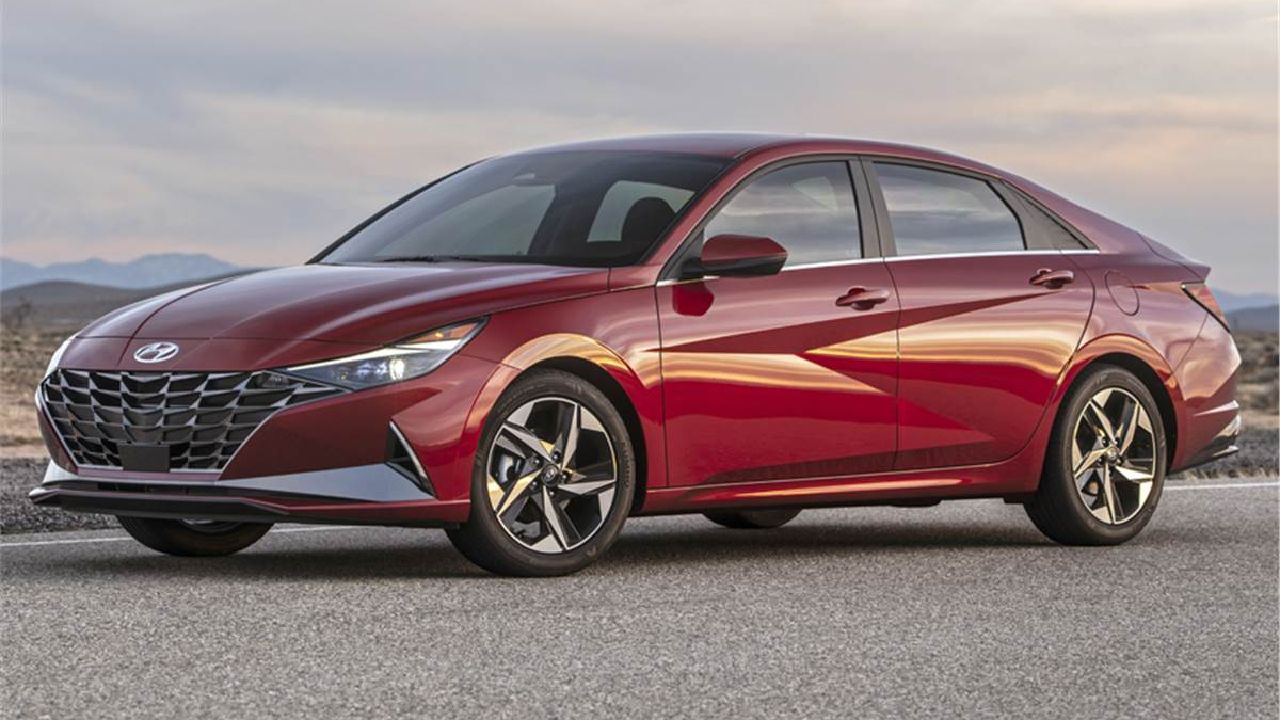 New-Gen 2021 Hyundai Elantra that has been launched internationally

The Hyundai Elantra that's on sale in India is a generation old. The international market has already received the new sedan based on a new platform and a new powertrain. The India spec Elantra is priced between Rs 17.85 and 21.12 lakh (ex-showroom). When Hyundai India brings in the new-generation Elantra, the prices are expected to see a hike of Rs 1 to 1.2 lakh across variants. 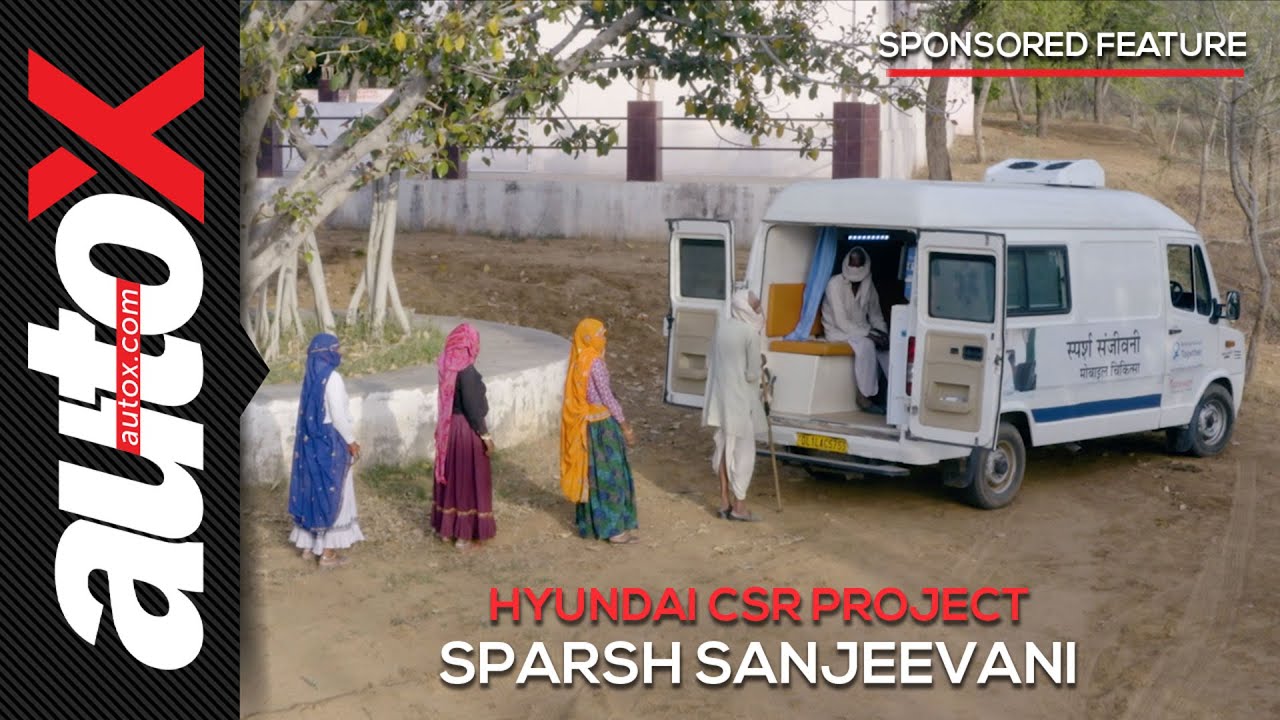