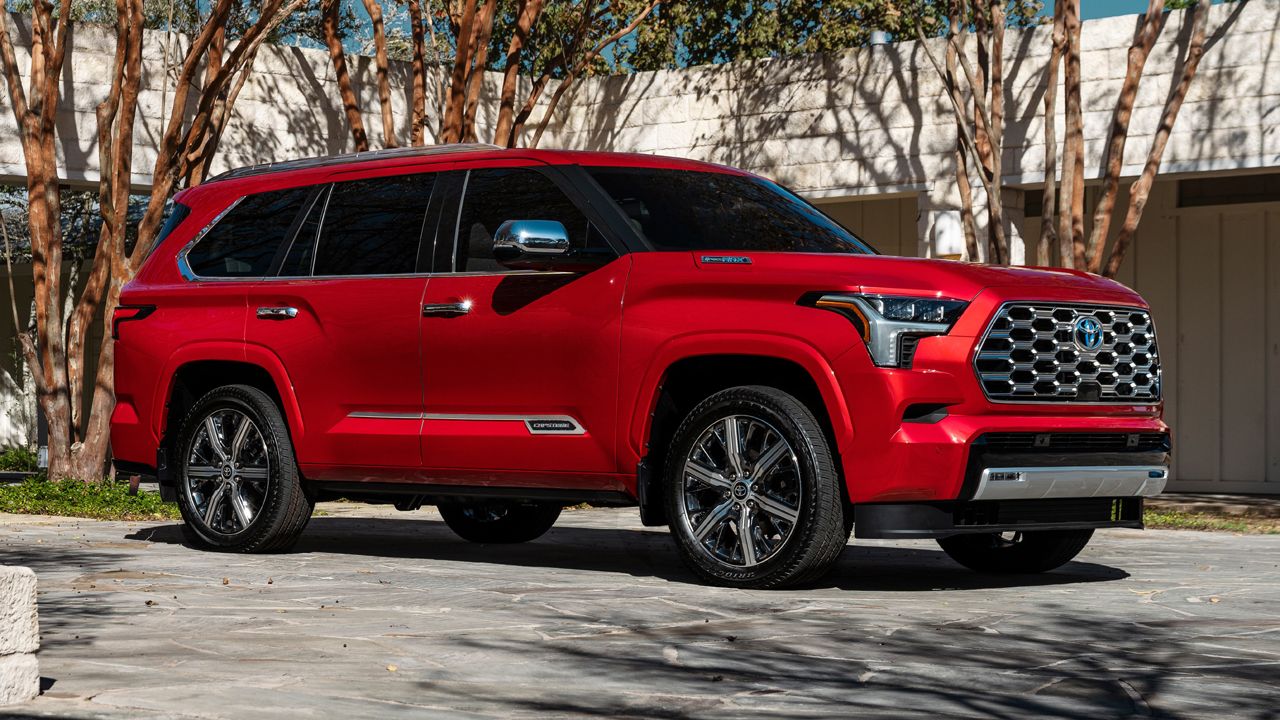 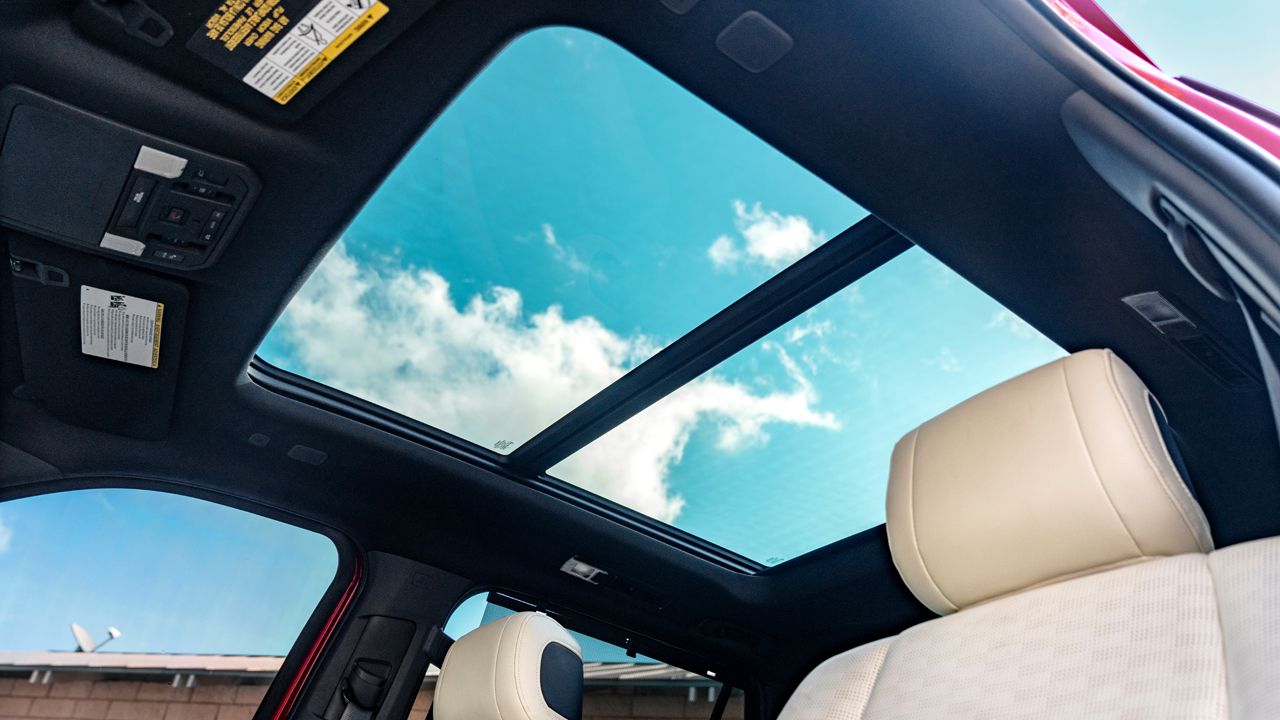 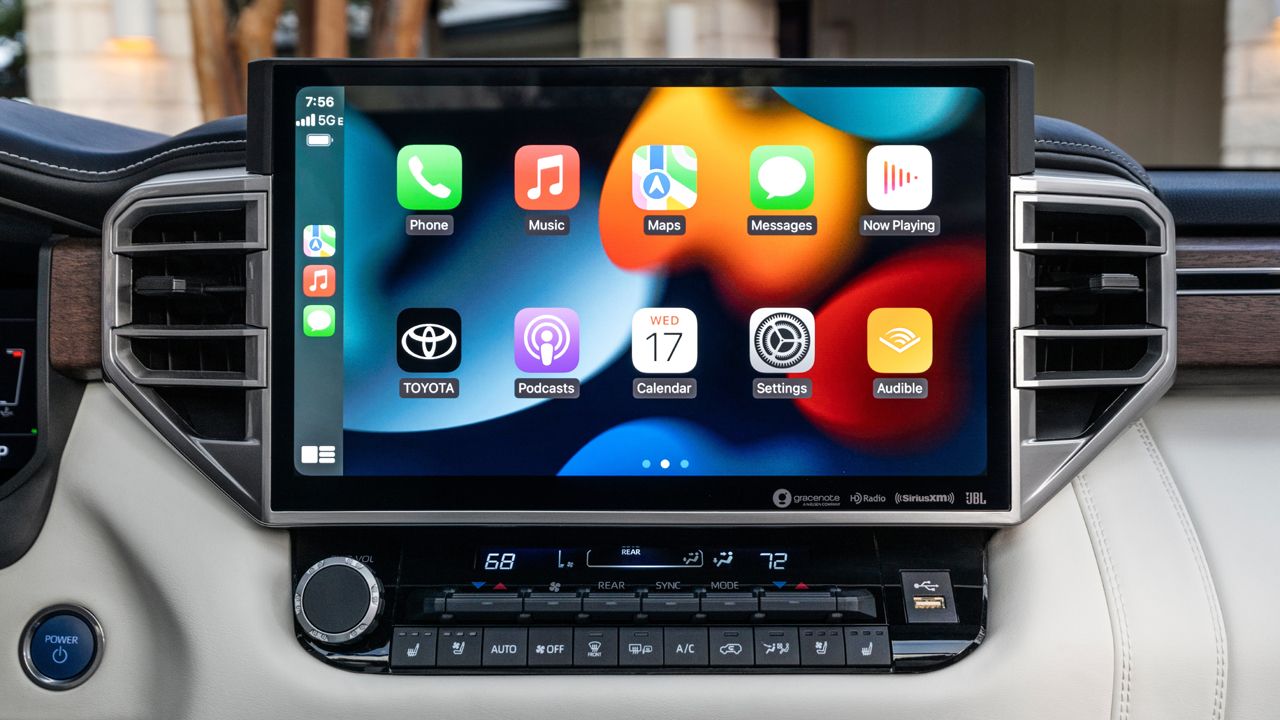 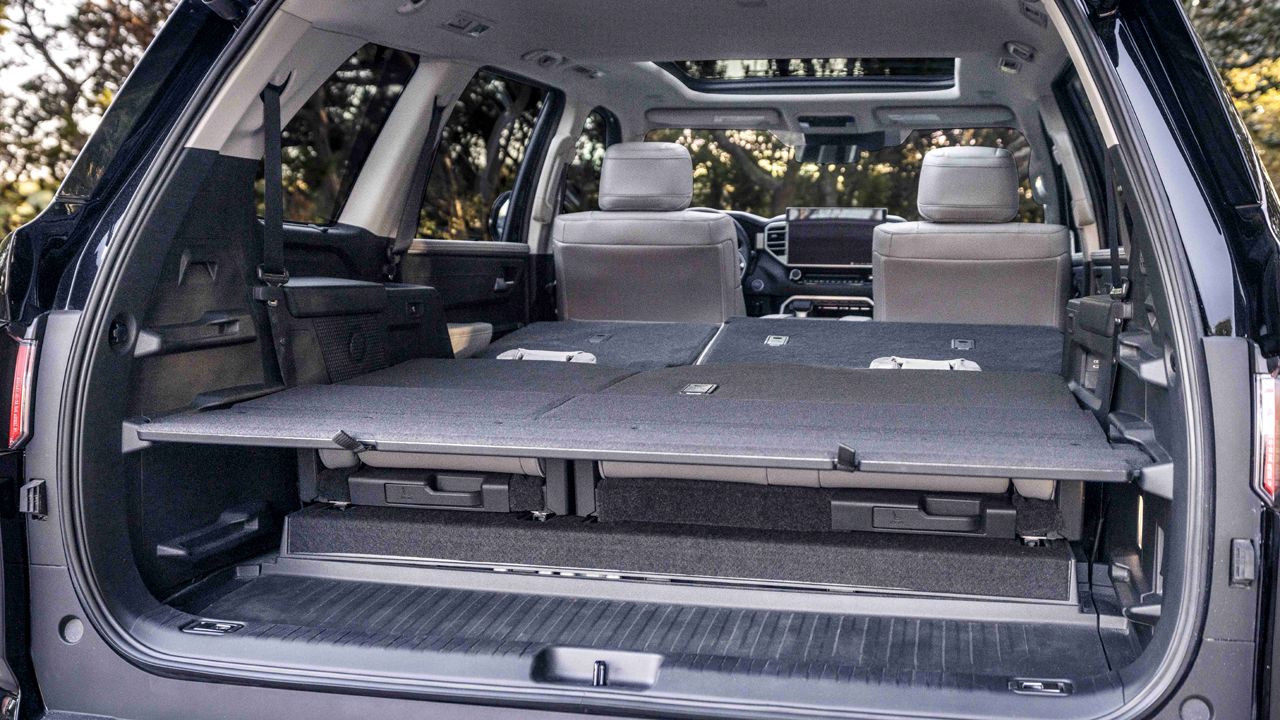 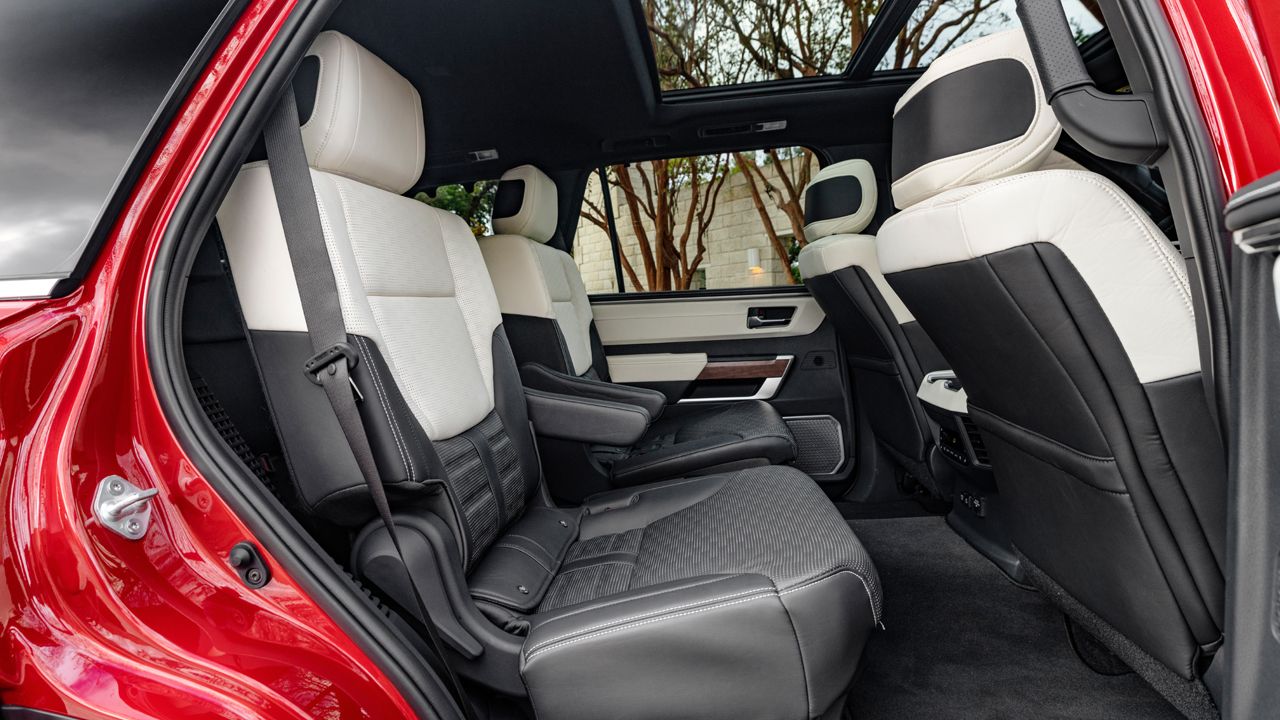 The third-generation Toyota Sequoia has been built from the ground up. Therefore, it arrives with all-new styling, a hybrid powertrain, and a new chassis.

Toyota's three-row behemoth is back in an all-new avatar. Though the Land Cruiser continues to be Toyota's flagship full-size SUV in markets like the United States, it is the Sequoia that will soon take on this title. That's because, after the MY21 model, the Land Cruiser will be discontinued in the States. So, it makes sense for Toyota to completely refresh the Sequoia for MY23, as the outgoing generation has been around since 2008. 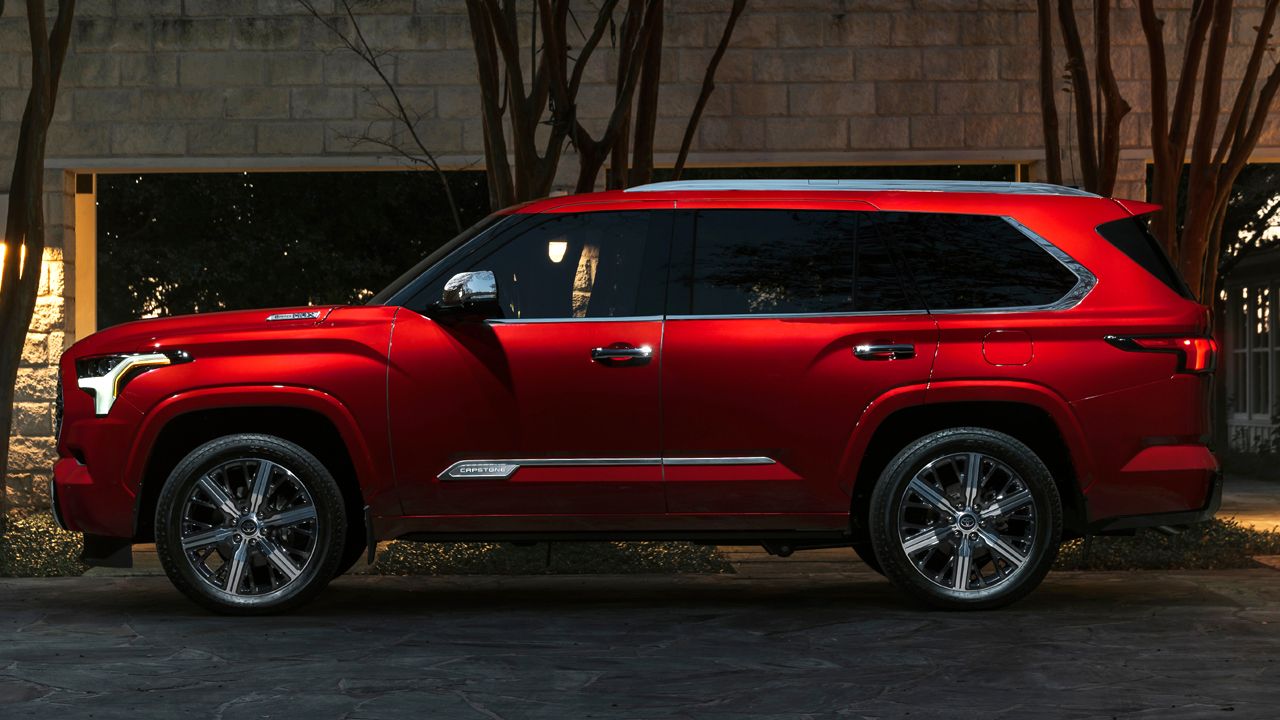 Built from the ground up, the 2023 Sequoia sits on an all-new body-on-frame chassis (a modified version of the same architecture that underpins the current Tundra pick-up and the all-new Land Cruiser). It is also powered by a new hybrid powertrain and, of course, features refreshed styling. 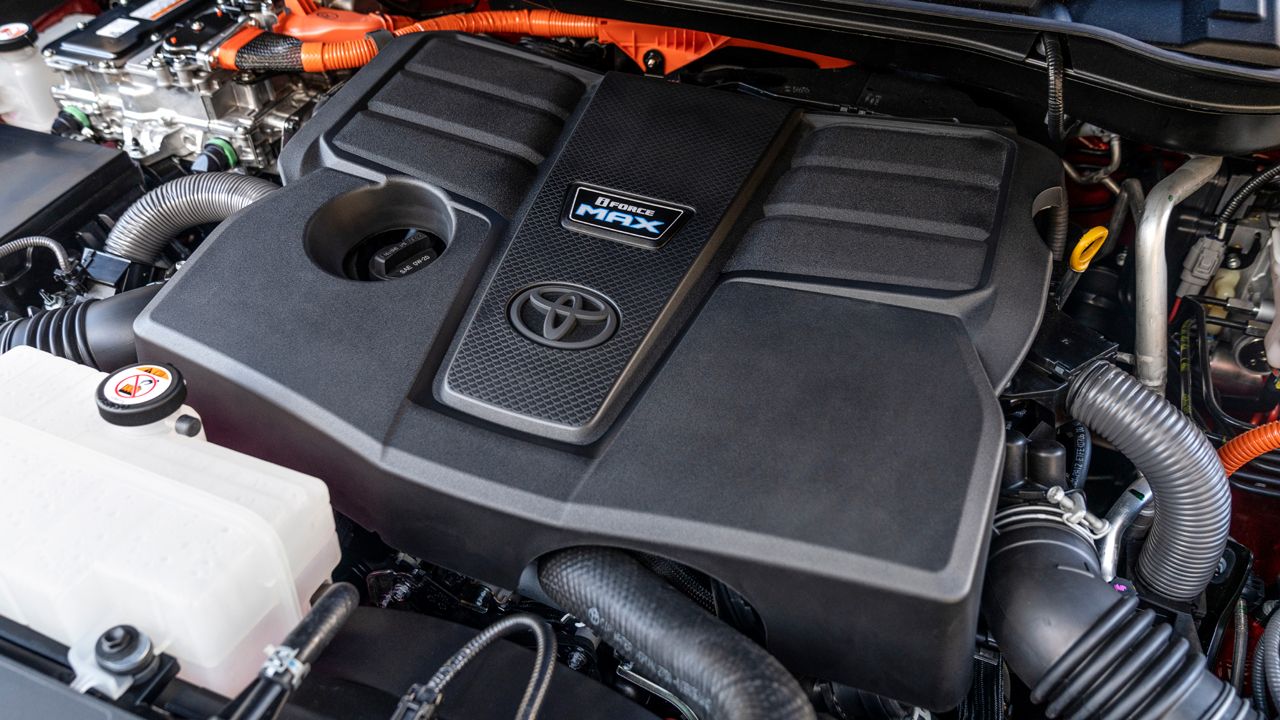 All variants of the three-row SUV are powered by Toyota's 3.5-litre twin-turbo aluminium block V6 petrol hybrid engine. First unveiled on the Tundra, the i-Force Max hybrid powertrain develops a total of 431bhp and a massive 790Nm of torque. The hybrid component consists of a 36kW (48.2bhp) PMSM electric motor, which is powered by a 1.87kWh Ni-MH battery pack. A 10-speed automatic gearbox further completes the powertrain. As far as the drive options go, the Sequoia will be offered with 2WD and a part-time 4WD system (on SR5, Limited, Platinum, and Capstone grades). The more hardcore TRD Pro grade will be offered only with 4WD. 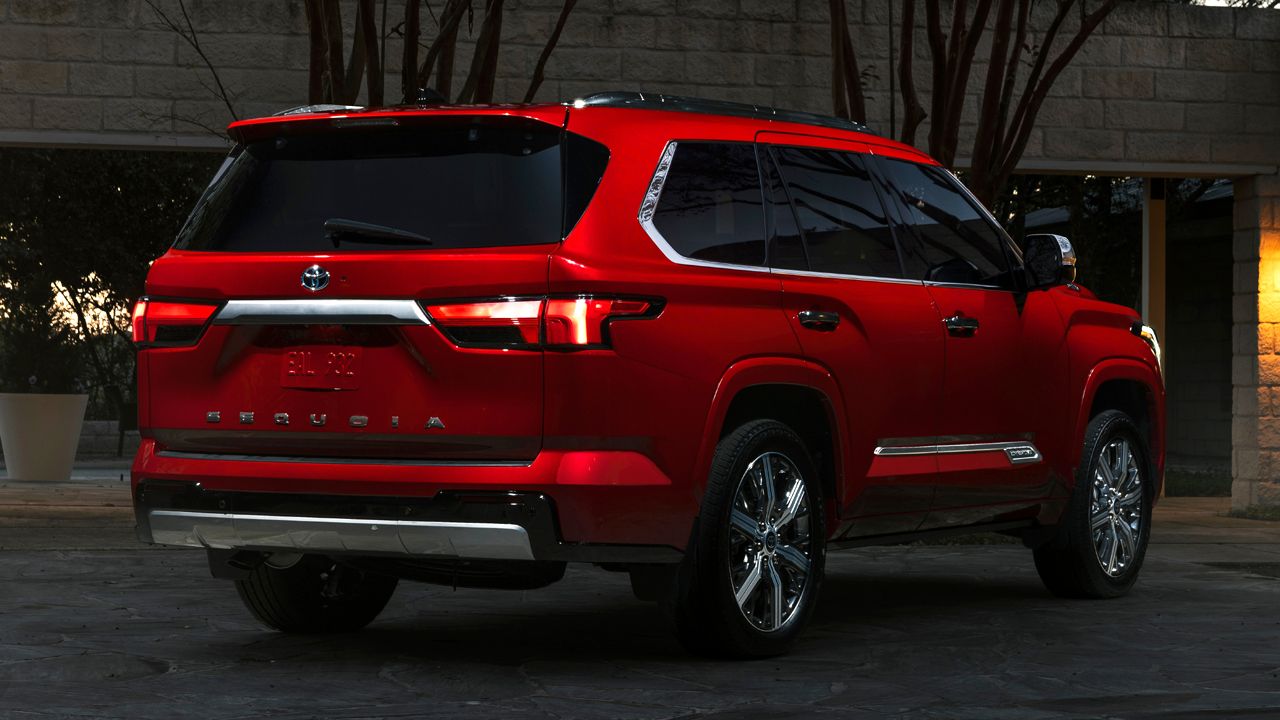 The new architecture brings along an independent front suspension and a multi-link setup at the rear. Plus, the Sequoia also adopts a new rack-mounted electronic power steering system for an improved steering feel. That’s not all, it even offers 22% more towing capacity than the outgoing generation, taking up the maximum capacity to a staggering 4,082kgs. 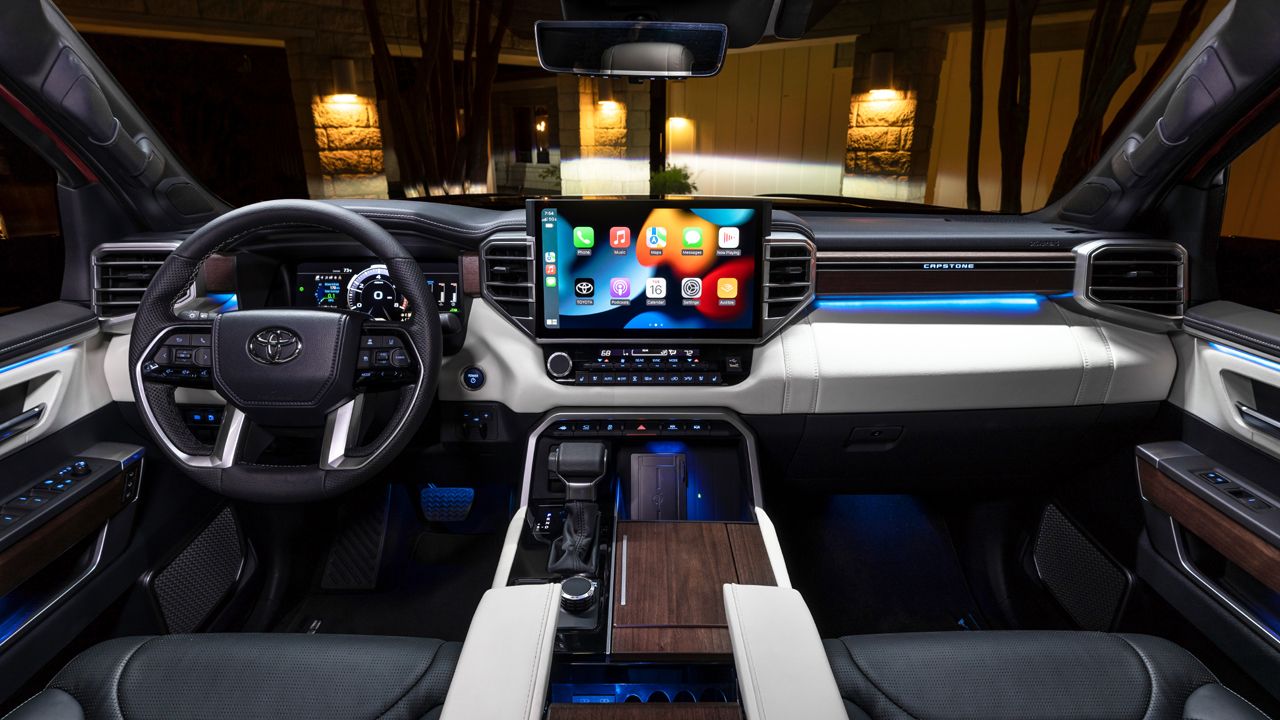 Also, the Toyota Audio Multimedia system (borrowed from the Tundra), which is headlined by a large 8-inch or an optional 14-inch touchscreen, is another new addition. The system offers wireless Apple CarPlay and Android Auto compatibility as standard.