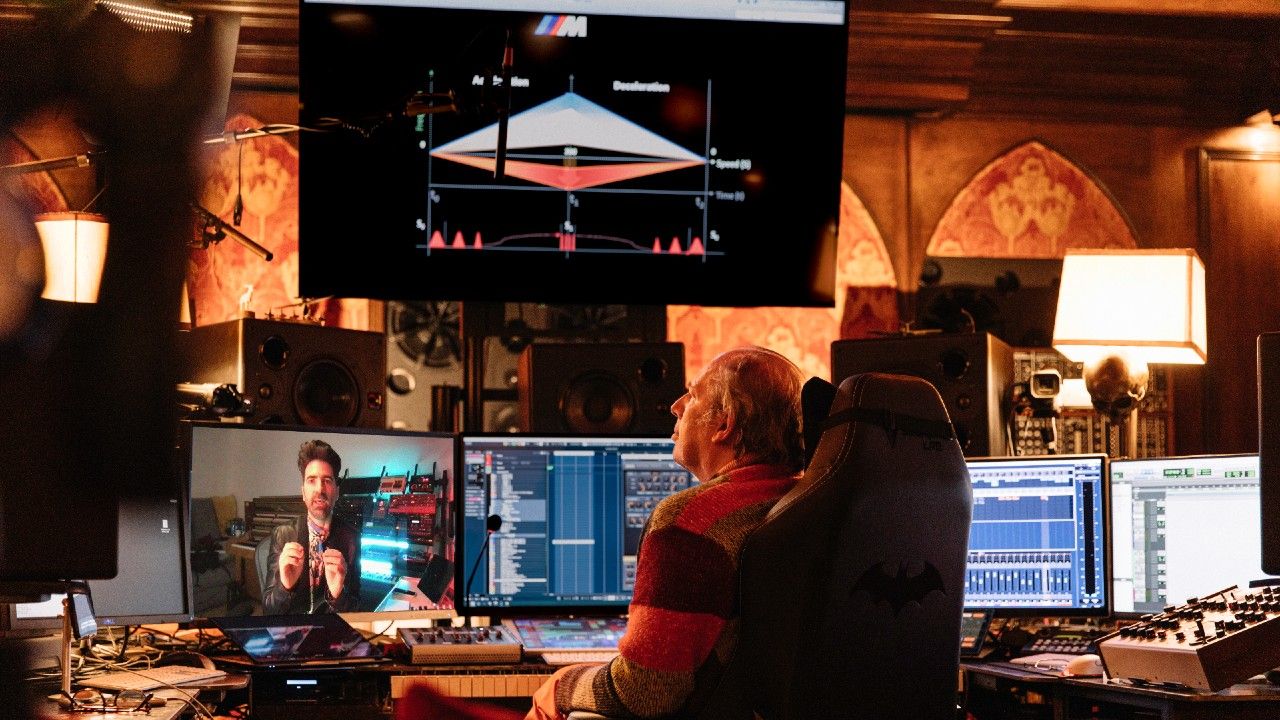 Hans Zimmer is a renowned music composer who is known for the background score in movies like The Lion King, Pirates of the Caribbean, and Inception. BMW has teamed up with the Academy Award-winning composer to create sounds for its electrified M cars.

An M-badged BMW without the sweet symphony of the exhaust would be extremely disappointing, wouldn’t it? It doesn’t come as a surprise, then, that BMW has partnered with music composer Hans Zimmer to develop the soundtrack of the upcoming i4. Hans Zimmer is a renowned music composer who has won the Academy Award for providing the Best Original Score in The Lion King. He has also won nominations for his work in movies like Inception, Interstellar, and Dunkirk.

Coming back to the partnership, BMW and Zimmer have been working together for a while now – ever since the Munich-based carmaker showcased the Vision M NEXT concept in 2019. Now, Zimmer will develop the exhaust sound for the BMW i4 – its M branded variant – as well as the iX crossover. The i4 and the iX crossover have already been showcased and are expected to be launched in the global market later this year.

Speaking about his work developing sounds for the electrified M cars, Hans Zimmer said, 'Every BMW has its own character, which is reflected in the sound it makes. So, for the electrically driven BMW M models, we have developed a driving sound which accentuates their emotional driving experience particularly vividly and ensures their performance can be felt with even greater intensity.'

BMW claims that customers of their electric vehicle range will be able to experience the Sheer Driving Pleasure in all its true senses. The sound of the car will be directly in sync with every movement of the accelerator.

The sound that accompanies acceleration enhances the overall driving appeal. The fact that electric vehicles produce almost no sound has driven manufacturers to take the artificial route. In fact, BMW isn’t the only carmaker to employ alternative solutions to exhaust sounds. Maserati previewed the sound of its all-electric GranTurismo last year. Mercedes-Benz also offers users the option to choose from multiple pre-recorded soundtracks. While a lot of brands are taking different approaches to this new challenge, we are particularly excited about BMW’s partnership with Hans Zimmer. After all, when two iconic names come together, it is bound to offer something spectacular.