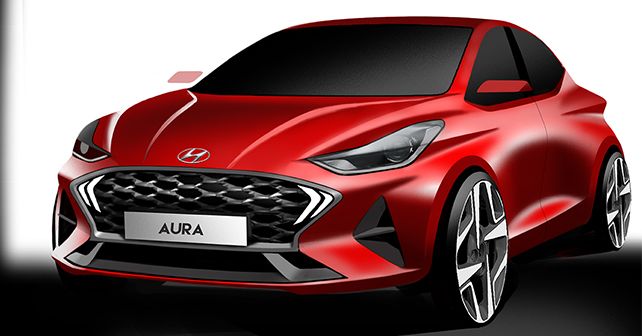 The Aura will sit above the Xcent in the compact-sedan space just like the Grand i10 Nios is positioned above its namesake. Hyundai is likely to launch the Aura at the Auto Expo 2020 in February

It has been over a month since Hyundai started releasing teaser videos and some scattered information about their upcoming compact sedan, Aura.  Now, they have released an official render giving us better idea of what to expect from the upcoming sub-4 metre offering.

If the render is anything to go by, the Aura is likely to sport a sharp and smart-looking design. Up front, it will get a large radiator grille that seems to be inspired from the Grand i10 Nios. The Aura too, just like the Nios, will have the arc-shaped LED DRLs on the grille. Expect sharp creases on the bonnet and large pulled-back projector headlamps. Along the sides, it will get bulging wheel arches and a sharp shoulder line. The boot will be edgy and has have LED wraparound taillights and a chrome accent just above the bumper. In terms of features it is safe to expect, a touchscreen infotainment with Apple CarPlay and Android Auto, a leather wrapped steering with mounted controls, wireless charging, USB ports and more. 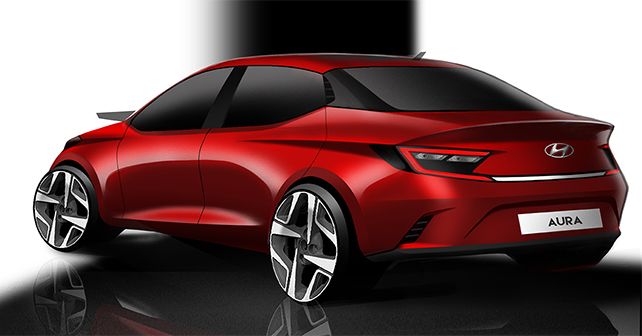 Expect the Hyundai Aura to come with a 1.2-litre petrol and diesel units, same as the Grand i10 Nios. The gasoline Aura will produce 81bhp and 114Nm from a 1,197cc four-cylinder unit. The diesel, on the other hand, will churn out 74bhp and 190Nm from a 1,186cc 3-cylinder heart. Hyundai is also expected to plonk the 1.0-litre turbo petrol motor from the Venue.

When launched, the Aura will go against the likes of the Maruti Suzuki DZire, Honda Amaze, Ford Aspire and the Tata Tigor. The Aura is likely to be priced around Rs 50,000 higher than the Grand i10 Nios. Currently, the Nios is priced in the Rs 4.99 lakh to Rs 7.99 lakh range (ex-showroom Delhi).

Hyundai Aura teased, may sit above the Xcent