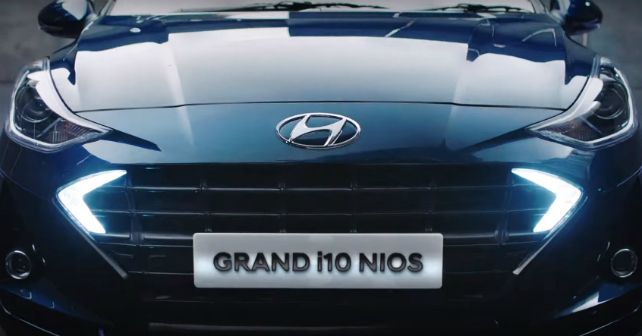 The new Hyundai Grand i10 is coming our way on 20th August. It comes with a new Nios suffix and will continue to sell alongside the previous-gen Grand i10. Here’s all that we know about the car so far

Hyundai is set to bring in the all-new Hyundai Grand i10 Nios in less than two weeks. The Korean carmaker has rolled out the first Grand i10 Nios today from their plant in Sriperumbudur near Chennai. Scheduled to be launched on 20th August, Hyundai released a few pictures and a video of its upcoming mid-range hatch. Here’s all you can expect from the car.

Let’s start with the outside first. The Grand i10 Nios borrows some of its philosophy from the new Santro. It gets a large grille at the front – much like the Santro – but this one is accompanied by boomerang-shaped Daytime Running Lights on either side. To se the Nios apart from the Grand i10, Hyundai has also fitted it with projector headlamps. Along the sides, the design is clean and looks like a good amalgamation of the old i20 and the Grand i10 – especially the way the boot and the taillights look from the side. The alloy wheels and the chrome door handles give the Nios a nice sense of contrast. 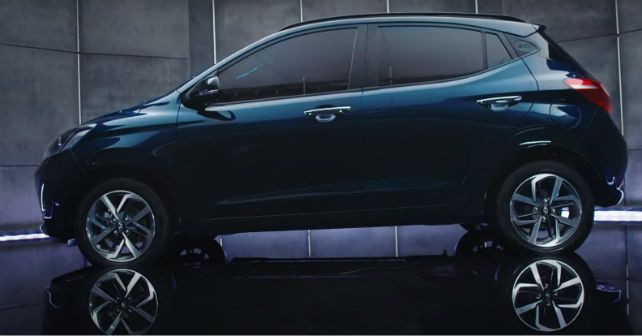 Interior: Apart from the single image of the dashboard that Hyundai has released, not much is known about the interior so far. First things first, the interior design is all-new as well. There’s a new steering wheel, fresh layout as well as new colours. The steering wheel is new and so is the semi-digital instrument cluster behind it. The instrument console extends towards the centre of the dash and houses the central infotainment screen as well. Unlike the Grand i10, the Nios’ air-con vents sit below the infotainment system. Hyundai has given the beige and black combination a miss this time around – the Nios comes with a black and grey combination for the interior. Certain details on the dashboard and the interior are noteworthy – for instance, the pin-striped seat fabric and the contours on the door pads and the passenger-side add a sense of style to the cabin. 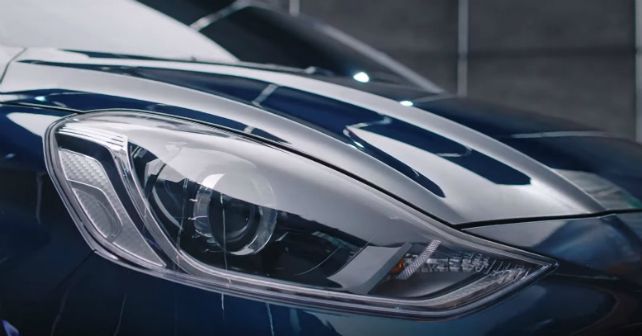 Features: The images of the Grand i10 Nios are clearly of the top-spec trim. With that in mind and what we’ve come to expect from Hyundai, it will come superbly equipped. At the top of the list is wireless charging – for the first time in the segment. Other features include touchscreen infotainment with Apple CarPlay and Android Auto, two USB ports, automatic climate control and rear AC vents. On the outside, the car will come with projector headlamps and fog lamps, DRLs, alloy wheels, shark fin antenna and more.

Engine and Transmission: Expect the Grand i10 Nios to come with the same engine options as the Grand i10 – 1.2-litre petrol and diesel motors. Both these motors will be BS-VI compliant and can be driven today even with the BS-IV fuel available – just like the Kia Seltos. As far as transmission goes, it will come paired with a 5-speed manual and an AMT.

With the price of the Grand i10 ranging from Rs 4.97 lakh to Rs 7.62 (ex-showroom Delhi), expect the Nios to demand a marginal premium given the increase in size and features. We are expecting it to be priced in the Rs 5.25 lakh to Rs 8 lakh range. With the sub-10 lakh segment already tightly packed for Hyundai – they have the Santro, Grand i10 and the Elite i20 already – it will be interesting to see if the Nios finds its niche in the crowd. Considering that the prices will surely overlap with the Grand i10 and Elite i20, Hyundai will also need to keep a keen eye out for cannibalisation.

Hyundai Grand i10 Nios to be launched in 10 variants