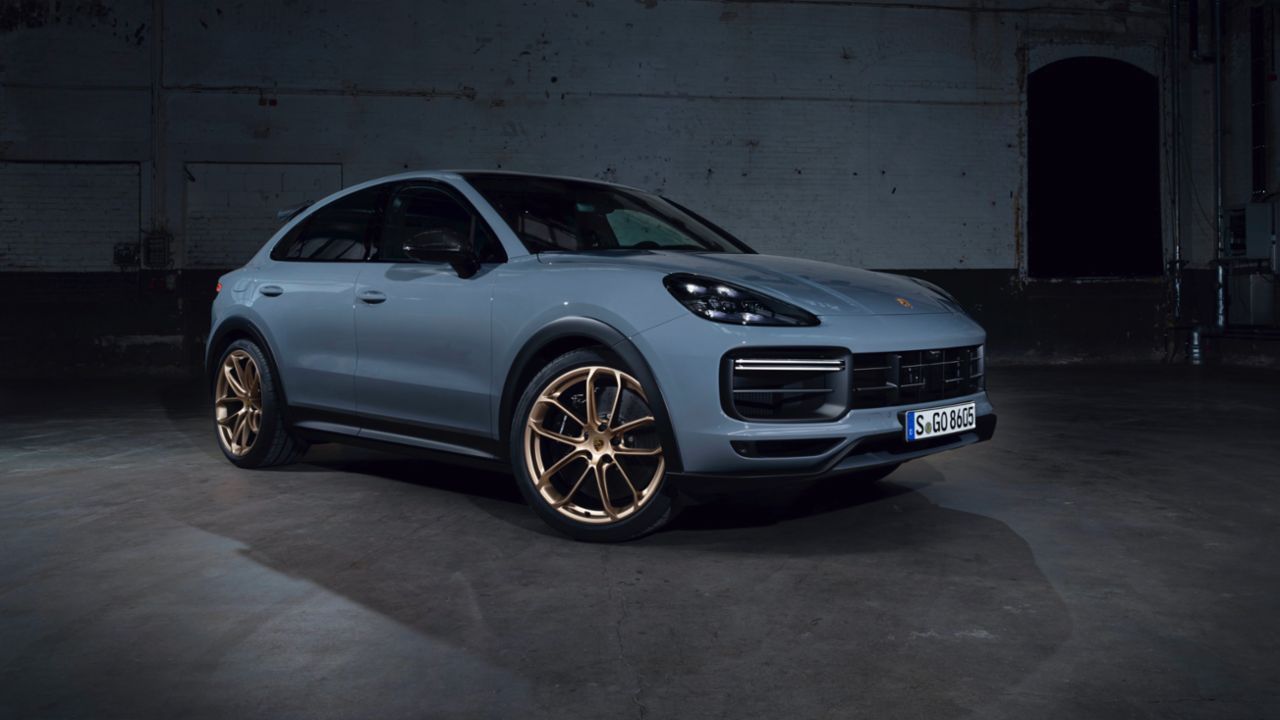 The Turbo GT is the new flagship in Porsche’s Cayenne range of SUVs. Gets more power and torque, uprated mechanicals and software, and all of this has resulted in making the Cayenne Turbo GT, the fastest SUV around the ring 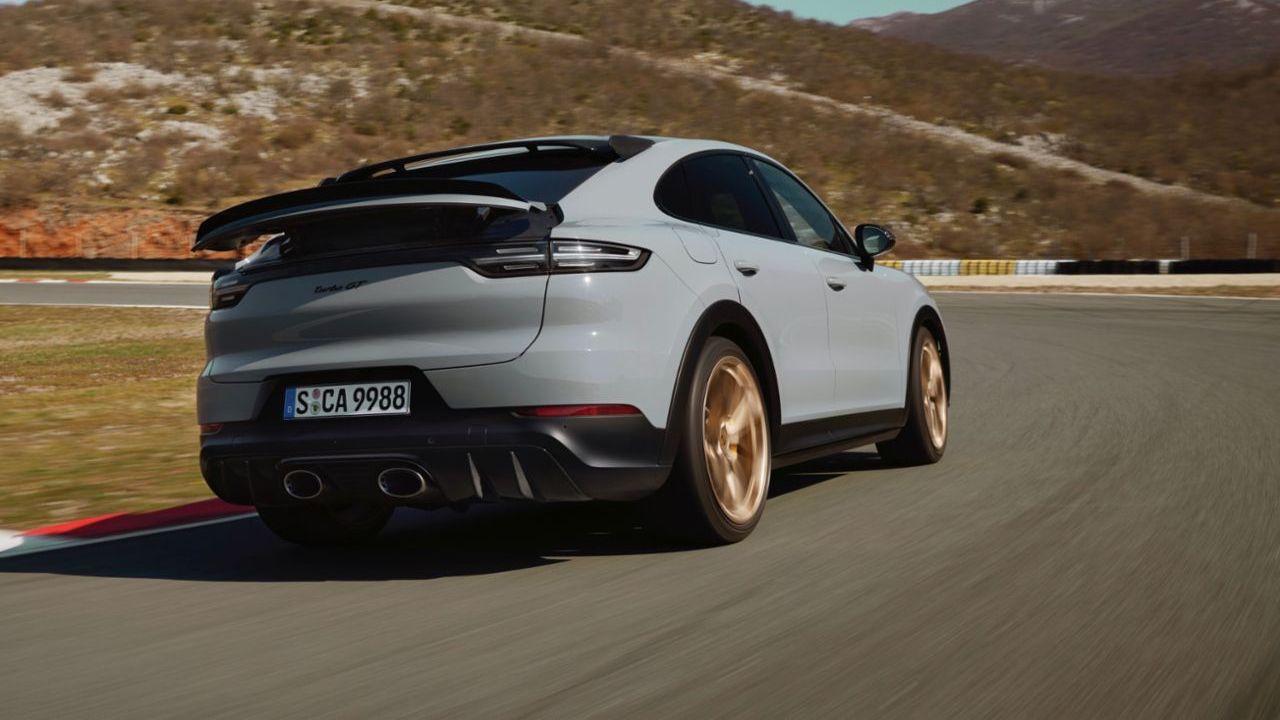 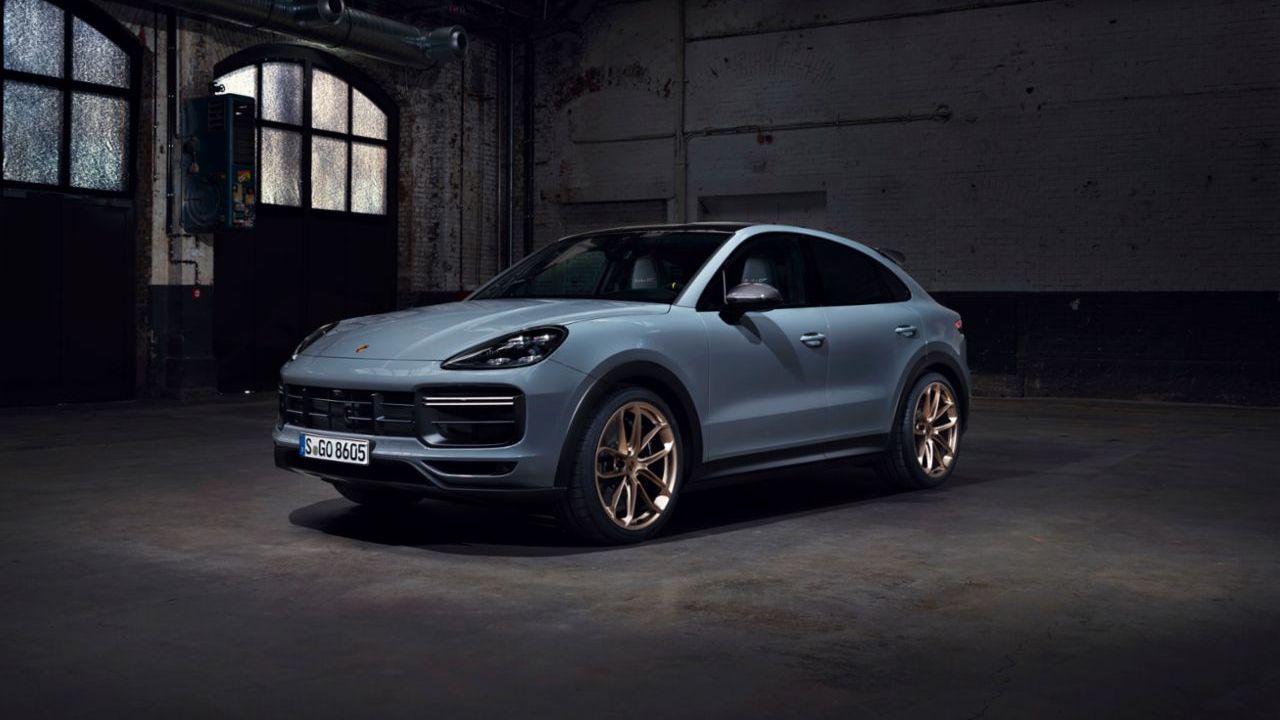 The higher power output has been achieved by upgrading the crankshaft, turbocharger, direct fuel injection, induction system and intercooler. Chaps at Porsche have also reworked the connecting rods, pistons, timing chain drive and torsional vibration dampers. The eight-speed automatic gearbox has received its share of software upgrades for quicker and precise shift times. Additionally, Porsche has added liquid-cooling to the transfer case to scavenge the power loss. A lightweight and heat-resistant titanium exhaust system is a standard offering with the Porsche Cayenne Turbo GT. 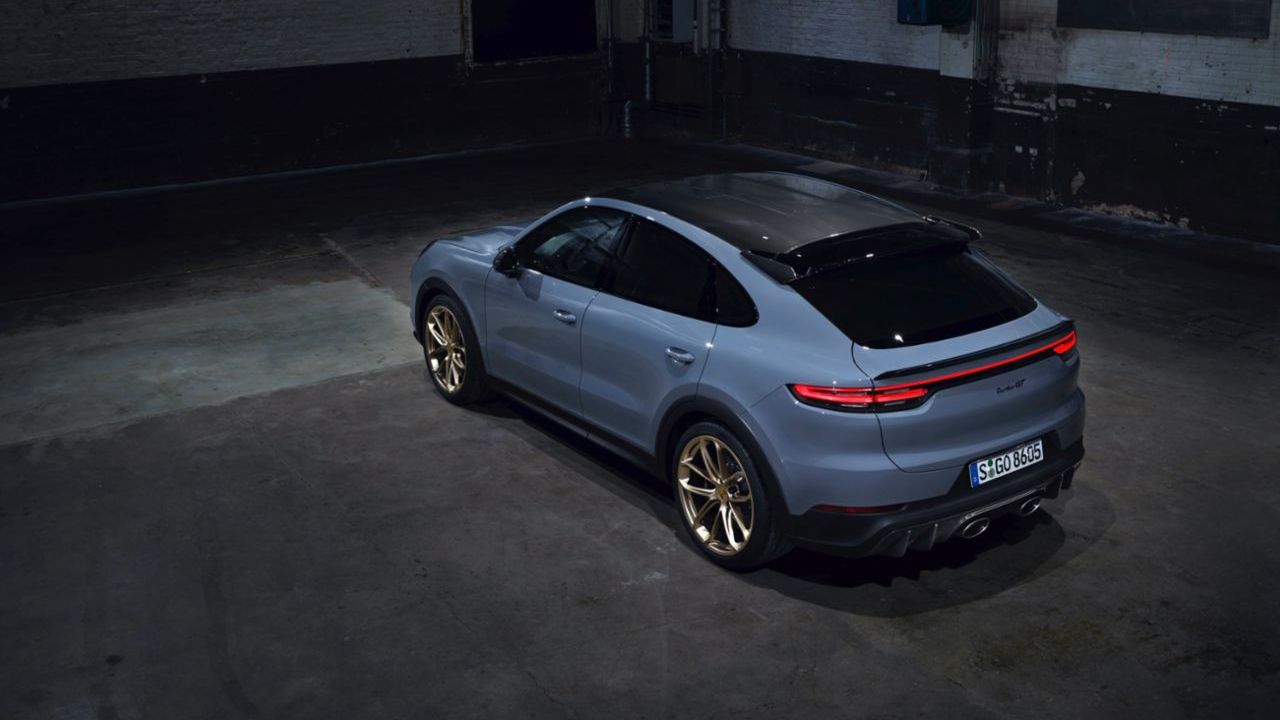 The Turbo GT rides 17mm lower than the Cayenne Turbo Coupé and the three-chamber air suspension has been stiffened by up to 15 per cent. The performance SUV gets 22-inch wheels shod with Pirelli P Zero Corsa tyres, specially developed for the Turbo GT. The front wheels are 25mm wider and have an increased negative camber by 0.45 degrees. This results in a wider tyre contact patch and improved agility. Additionally, the SUV gets the latest generation of Porsche’s electronic aids and the Porsche Ceramic Composite Brake (PCCB) system is part of the standard equipment. 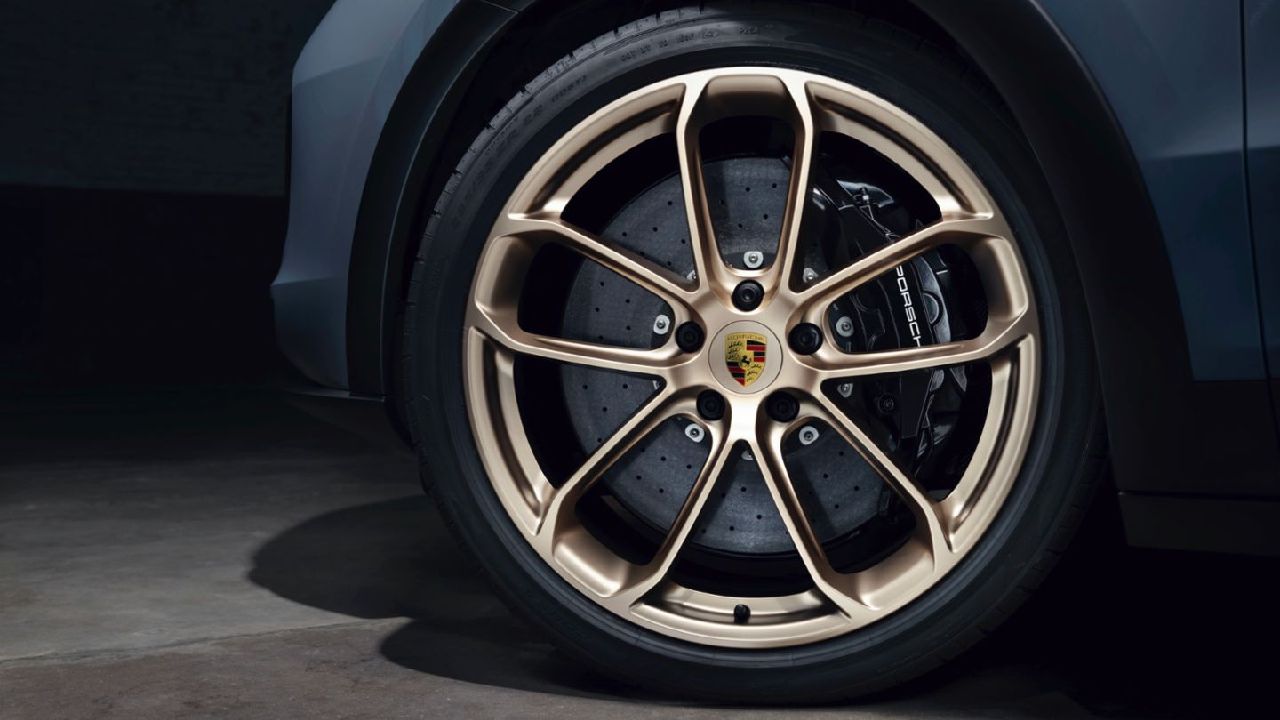 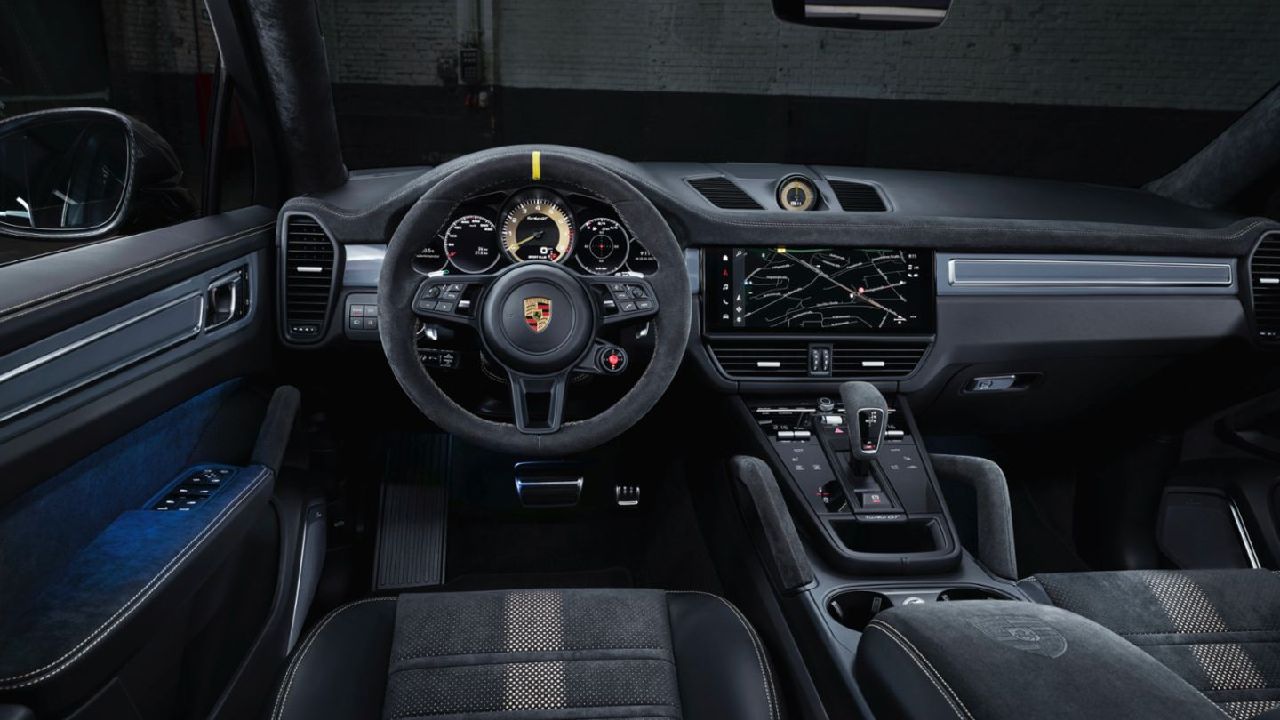 While the styling of the Turbo GT is similar to most Cayenne models, the SUV gets a GT-specific front apron with a spoiler lip and enlarged side cooling air intakes. The carbon side plates fitted length-wise to the roof spoiler are GT-specific. The Turbo GT also gets a carbon roof and carbon diffuser. There is also an active spoiler in the rear that’s larger by 25mm than the one on the Turbo Coupé. The increased cross-section area of the spoiler adds up to 40kg of downforce when the Turbo GT is belted at 300km/hr (top speed). 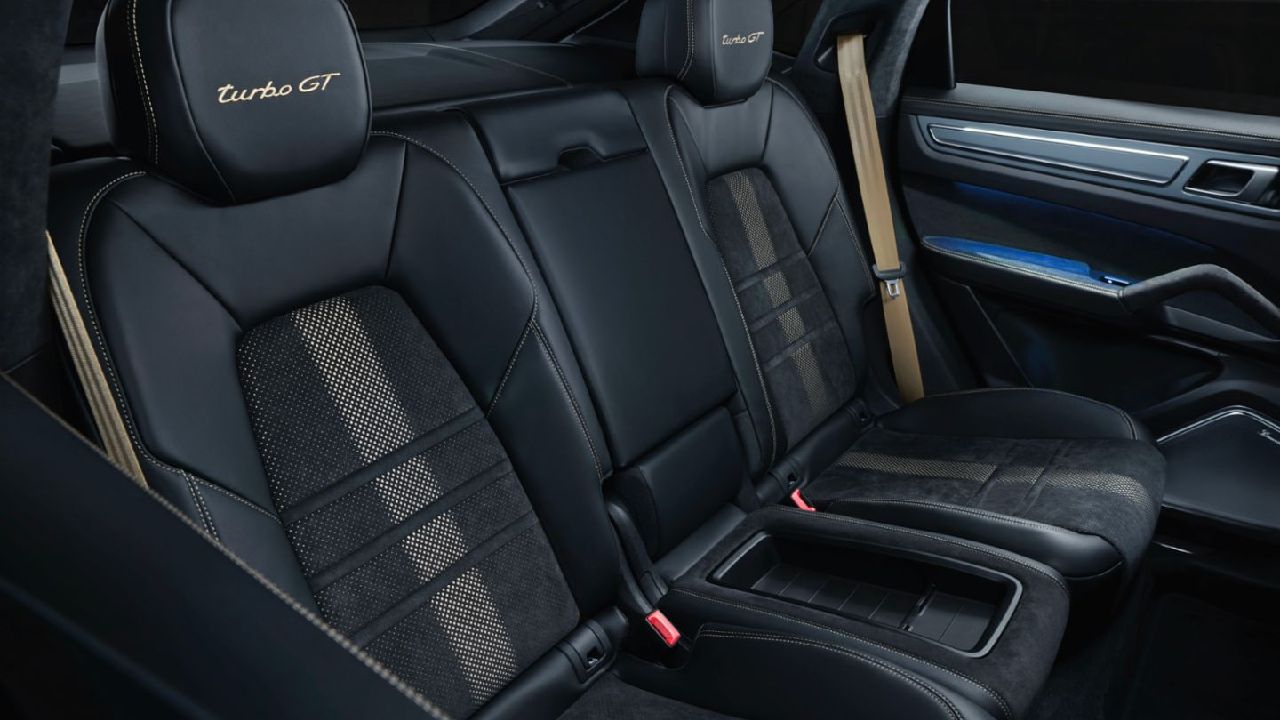 The Cayenne Turbo GT is available with a four-seat layout and passengers in the front get eight-way adjustable seats. To enhance its sportiness the seats feature perforated seat centre panels in Alcantara, contrast accents in Neodyme or Arctic Grey and ‘Turbo GT’ lettering on their headrests. The cabin also features Alcantara inserts on the dashboard and centre console. 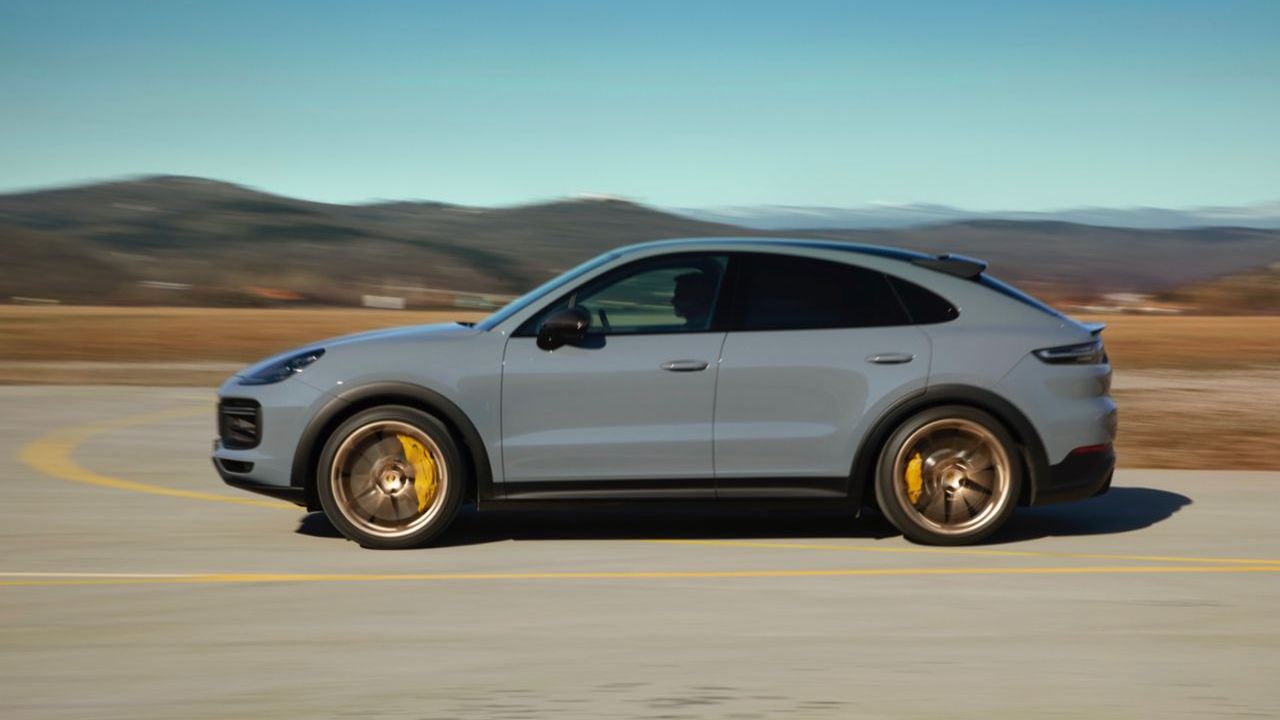 Internationally, Porsche is accepting orders for the Cayenne Turbo GT and the SUV will go on sale by September. The deliveries are expected in the final quarter of 2021. The new Cayenne Turbo GT is expected in the Indian market as well via the CBU route and it will be pitched alongside the Lamborghini Urus, BMW X5 M, Audi RSQ8 and the 2021 Range Rover Sport SVR.