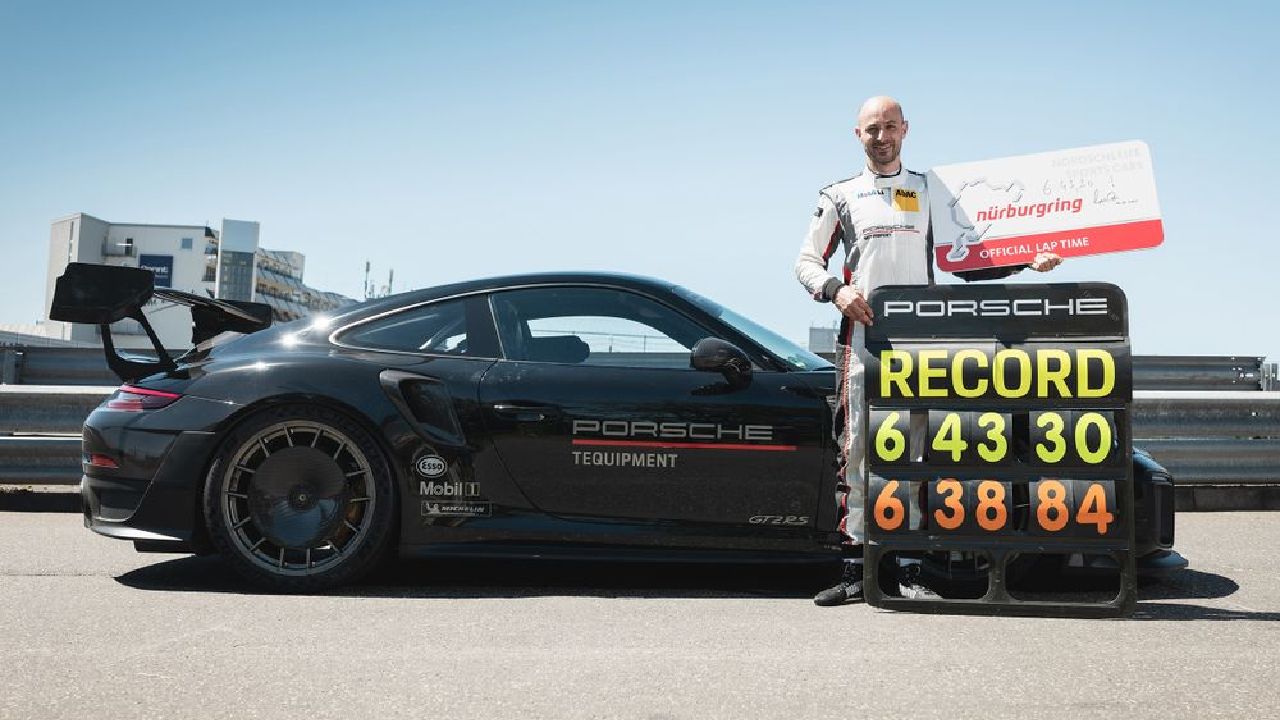 A 911 GT2 RS, equipped with Manthey Performance Kit, lapped the Green Hell in a record-breaking time of 6:43.300 minutes. This makes the 911 GT2 RS the fastest road-legal production car to have lapped the Nürburgring.

A Porsche 911 GT2 RS, fitted with Manthey Performance Kit, has claimed the title of the fastest road-legal production car to have lapped the 20.8 km long Nürburgring. The 911 GT2 lapped the Ring in 6:43.300 minutes – with an average speed of 185.87km/h – beating the previous record by 4.747 seconds.

The 690bhp 911 GT2 was piloted by Porsche’s development driver, Lars Kern, and the record was set on June 14 on a hot summer day, when the track temperature was 41 degrees. 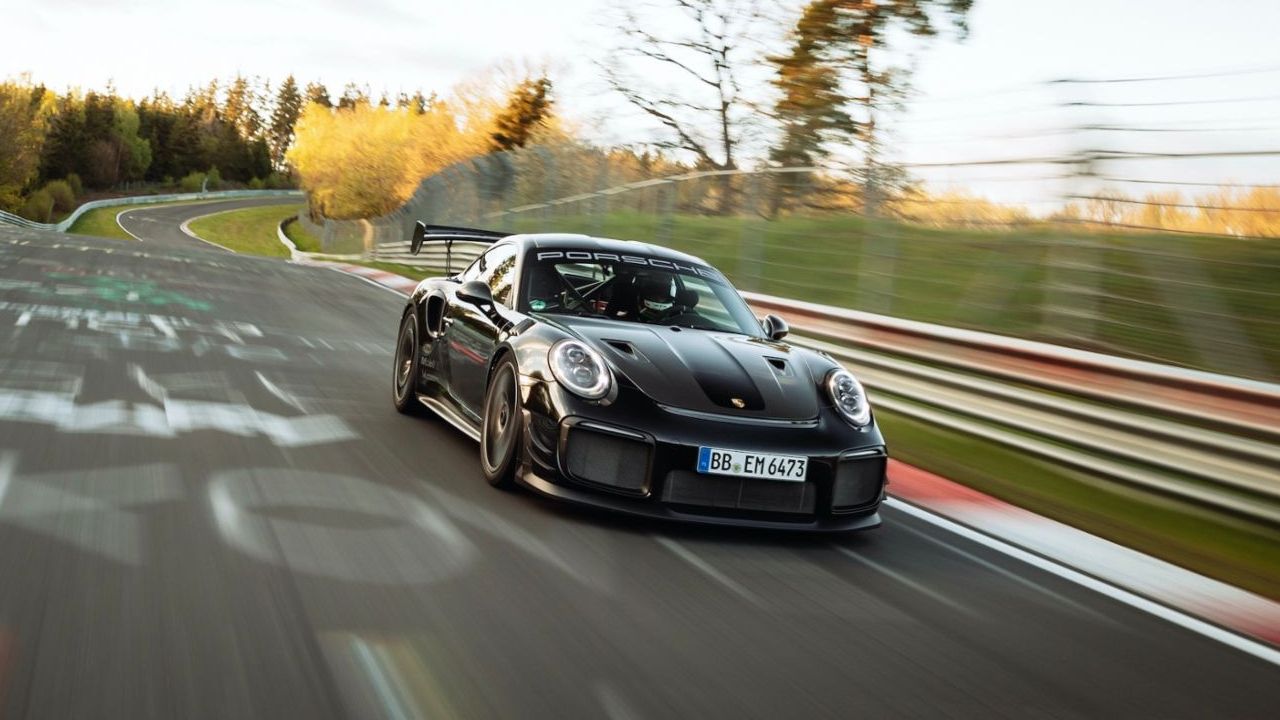 Along with the Manthey Performance Kit, the Porsche 911 GT2 was shod with road-legal Michelin Pilot Sport Cup 2 R tyres. 'The 911 GT2 RS sticks to the track like glue with the Manthey Performance Kit. You feel as if you’re in a racing car, especially on faster corners. It is truly breath-taking how the car puts its 690bhp down, and how incredibly well it brakes while always remaining easy to control,' said Kern. 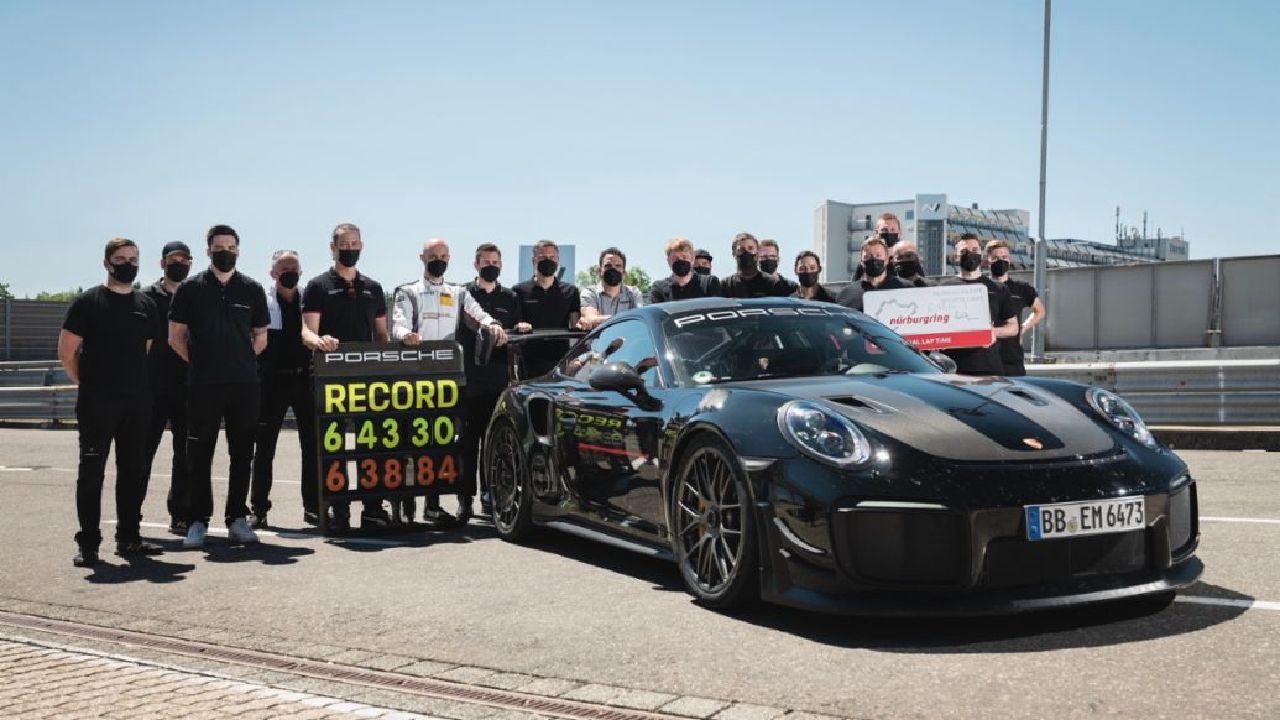 The Performance Kit was developed as part of a close collaboration between Porsche's engineers in Weissach and Manthey-Racing’s track specialists. The kit enhances the chassis dynamics, improves aerodynamics, and offers uprated braking components, developed especially for the 911 GT2 RS. It also includes the Weissach Package's light magnesium alloy wheels. 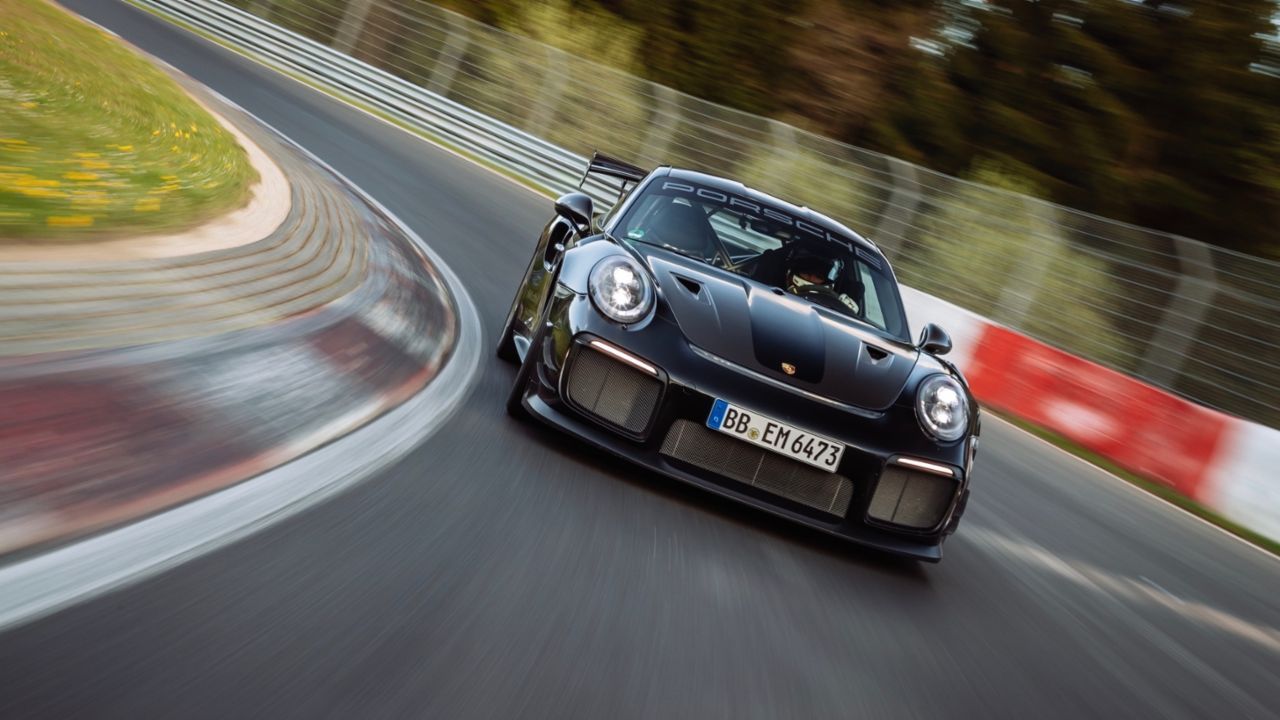 The Manthey Performance Kit will be available via Porsche’s Tequipment vertical in the European market. Porsche says the performance kit will be made available in other markets in due course of time, depending on the country-specific requirements.