Jaguar LWE - Half a century of waiting Resurrected! 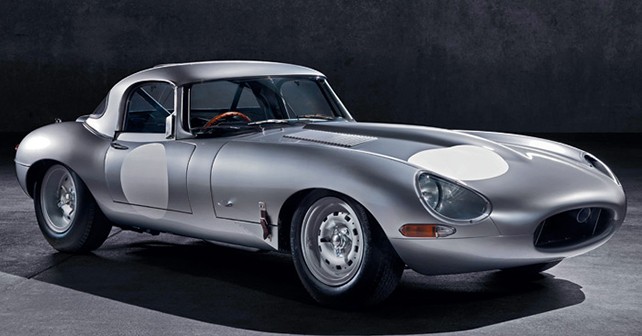 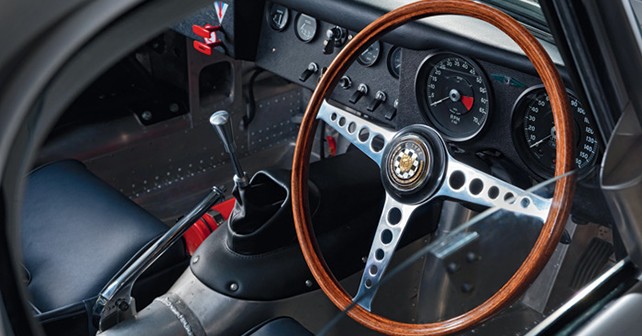 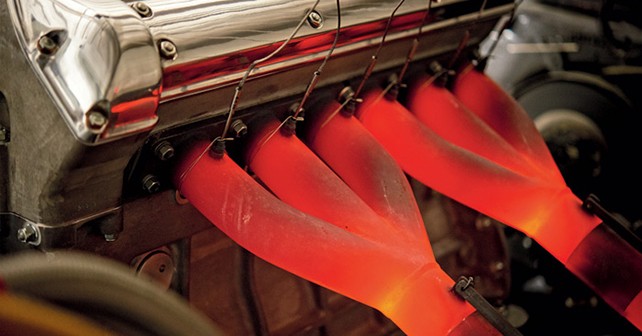 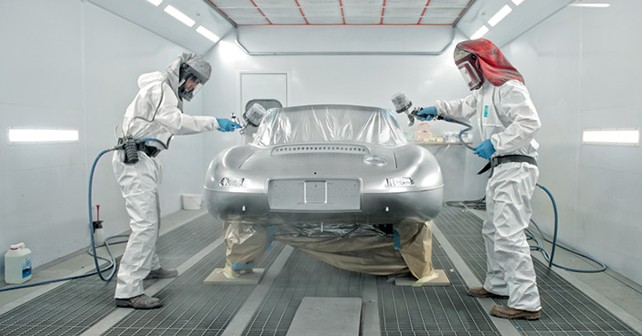 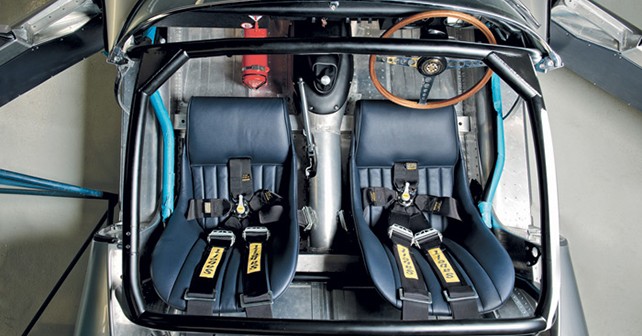 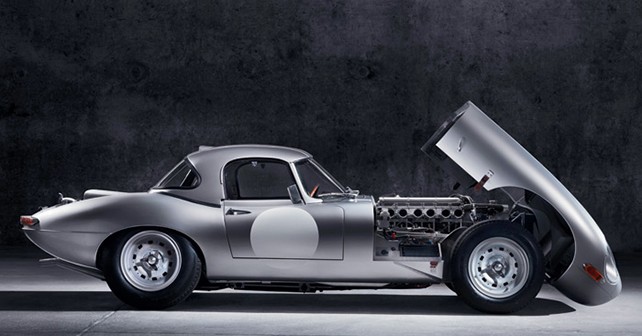 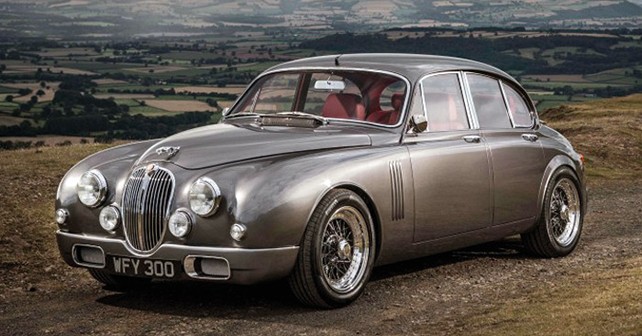 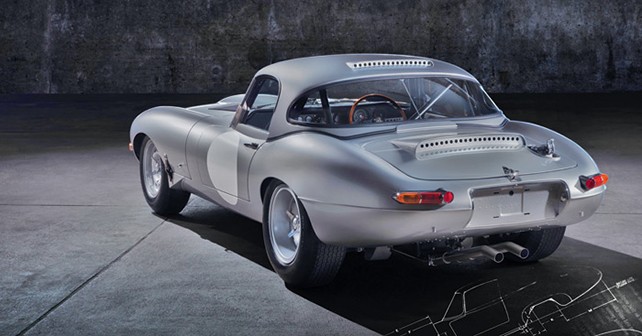 British carmaker Jaguar is turning back the clock to build six brand-new ‘Lightweight’ E-types to complete a GT-inspired series that was left unfinished in 1963. Jaguar had originally planned to make 18 of these classic cars, but only 12 were actually built. The car you see here is a prototype of the remaining six, which has been developed by remaining perfectly faithful to the original project.

The idea to complete the unfinished business of producing the Lightweight E-type series came not in a brain storming session, but during a cocktail party at Jaguar’s headquarters in Whitley, near Coventry, in the spring of 2010. Of the 18 cars planned, only 12 were manufactured between 1963 and 1964, before the demand for it evaporated despite the competitive results immediately obtained by the car at the 24 Hours of Le Mans.

“I was convinced that we had to finish the job,” said David Fairbairn, Strategy Integration Manager, “although the job would not be easy.” In fact, in the Jaguar headquarters there remained only a few drawings of the Lightweight E-type. The equipment to manufacture the exclusive components, from the aluminium body to the engine, with the particular light alloy engine block and the ‘wide angle’ head were all lost. Plus, the talented technicians, and especially the skilled sheet metal workers, had retired a long time ago. On the other hand, almost all the 12 cars produced (11, it is said) remain preserved in excellent condition in the hands of collectors. These exceedingly rare cars are worth millions of pounds. “It was a challenge that we had to accept. Only we could still achieve the authentic Lightweight perfection. Specifically, we wanted to assign the six chassis numbers that were still outstanding,” said Fairbairn.

An enthusiastic Fairbairn was soon able to involve and commit his colleagues to the goal. The feasibility study of the project also demonstrated its profitability, since the cars could be sold at a handsome price. It took four years to build the new team of a dozen people at the Jaguar Heritage division (part of the new Special Operations Division), which would be tasked with the job of actually manufacturing the equipment and the vehicles. The team included technical experts involved in the production of the new F-Type and specialist assemblers of prototypes in JLR, and also an engineer who had just retired but was immediately recalled to duty.

A new department was also created in the historical site of Jaguar’s Browns Lane premises in Coventry for the maintenance and restoration of historic cars that belong to private individuals. “We had to make these six Lightweight cars not only to the highest levels of quality, comparable to what we currently produce, but we also had to prove their true ‘authenticity.’ For this purpose, it was essential to use materials, components and assembly methods, as far as possible, identical to those used in 1963.” The use of the latest technology, however, was required to perform scans of the body – which is essential to achieving a truly compliant new car. The prototype of this lot of remaining Lightweights was completed in August 2014. It doesn’t have a chassis number, and will not be for sale. 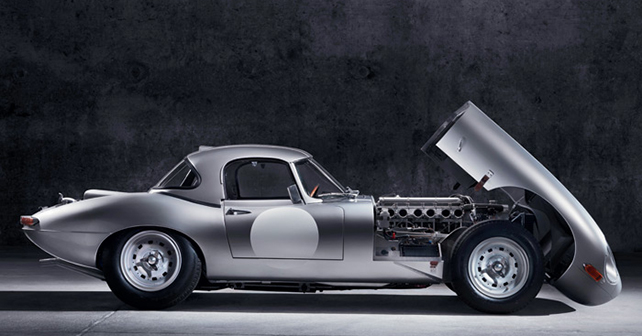 “A few days later, we displayed it at the Pebble Beach Concourse d’Elegance, which has aroused the greatest admiration. Set up as cars with a historical racing background, with its FIA homologation, the six Lightweights that we’ll produce will reflect the specifications of the number 12 car, produced in 1964, and these six Lightweights will of course adopt the solutions that have proved most efficient on the other 11 specimens, hand-built, manufactured and personalized with the particular demands by each customer,” Fairbairn told us.

In reality, these six will also be different from one another, and the only concessions to ‘modernity’ will be a starter motor of current production and a safety fuel tank, which will be tailored to the demands of the buyers. The basic power supply (3 Weber double body carburettors) may be used as an alternative to the Lucas mechanical injection, already approved at the time of the original Lightweight cars, and the final gear ratios will be chosen between a wide range. The special Connolly leather that covers the seats and centre console, produced according to the Jaguar specifications of the 60’s, will be chosen in a range of seven colours, and the interior, deliberately austere, could be richer and more similar to the E-type.

As for the bodywork, Jaguar’s Advanced Design Studio, led by Ian Callum, has recommended six ‘heritage’ colours – Carmine Red, Opalescent Grey Metallic, Silver Metallic, Opalescent Blue Metallic, British Racing Green and Old English White. However, on special request, it is possible to get other colours – provided Callum agrees. Before being delivered, each car will be subjected to a road test, similar to that performed on the prototype, especially to check the throttle response, steering and brake response – the pride of all Jaguars of years past – accompanied by the full roar of the fantastic 6-cylinder XK engine, which, even in this ‘racing’ version with over 300bhp, is not threatening at all, but rather reassuring. Though Jaguar has not officially declared it yet, it seems that these six specimens have already been sold at around two million pounds apiece. Visible Aluminium
On the prototype, the floor and the transmission tunnel are without a coat of paint to highlight the aluminium construction of the body. The dashboard and steering wheel, very similar to those of the E-type, strictly conform to the original specifications. The roll-bar and the 5-point seat belts are a must. Red hot exhaust manifolds during a test of the engine.

The shell is formed by 230 parts, which will be produced mostly at the Jaguar factory in Whitley. Only the larger items will be provided by external specialist suppliers, using equipment designed by Jaguar itself. The shaping of the metal sheets will be made by beating aluminium panels by hand. The aluminium hood, doors and hard-top will also be shaped by hand. Once complete, the body will be sent to Gaydon for painting, and finally it will be dispatched to Browns Lane for the assembly of mechanicals and interior. The engine of the Lightweight is derived from the D-type, victorious at Le Mans in 1957, which in turn was derived from the XK120 of 1948.The displacement is identical and the ‘wide angle’ head with larger valves. The engine block is in aluminium, rather than cast iron. While there’s absolute fidelity to the original Lightweight, there is excellent customisation instead in the MK2, designed by Ian Callum, Jaguar’s head of Advanced Design Studio, and made from a specimen under restoration. The idea was to enhance the purity of the original design, interpreting it in a contemporary and more exciting way. The car, which was displayed in London for three days last September, has been so appreciated and loved that it will be produced in a small series. 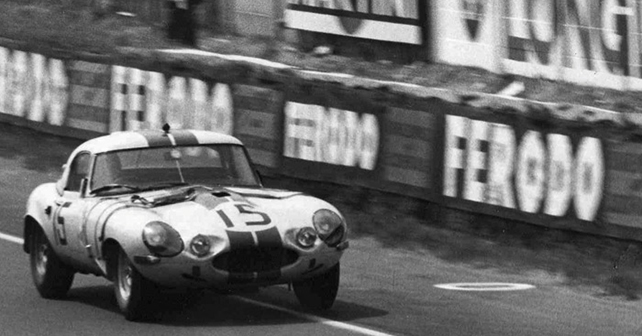 Challenge at Le Mans
The Lightweight of Briggs Cunningham, with Bob Grossman, immediately got a good result – 9th overall and 2nd in class at the 24 Hours of Le Mans in 1963. 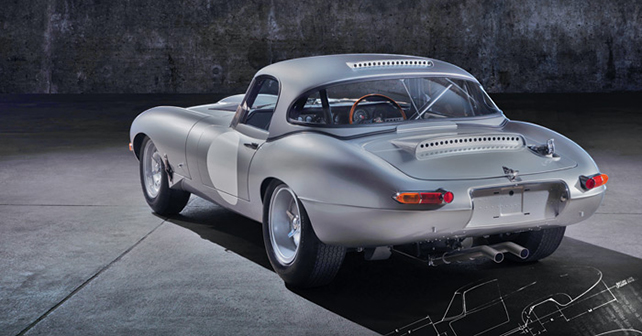 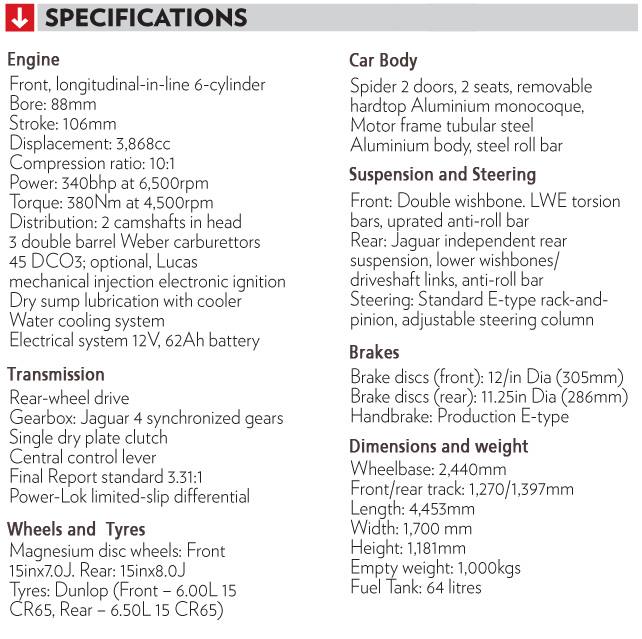