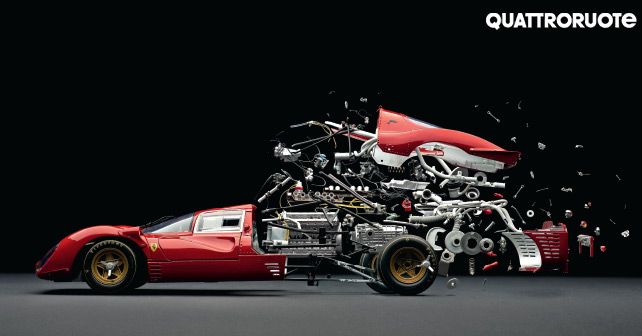 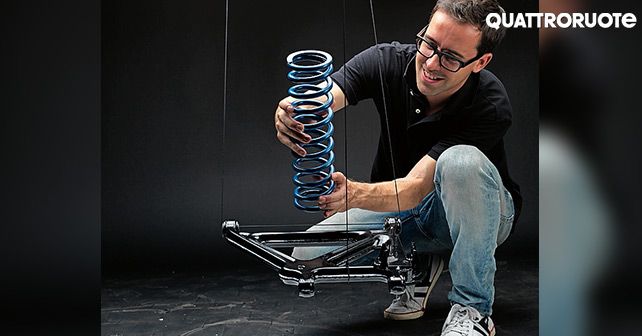 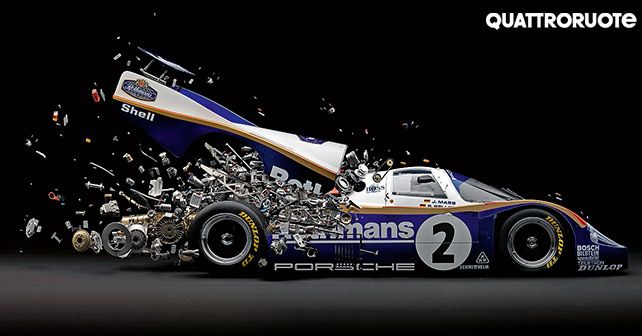 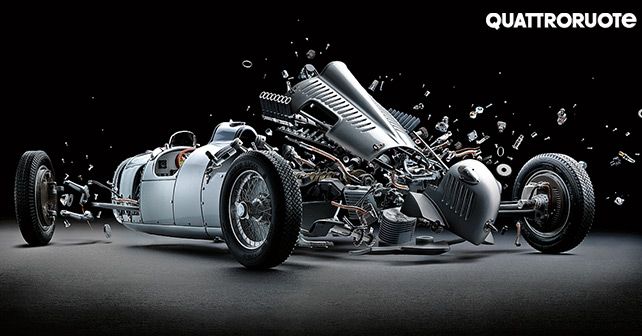 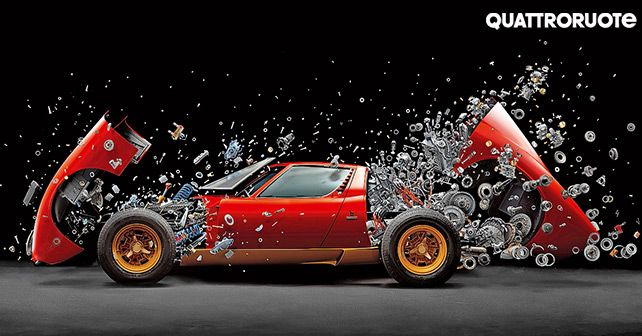 An apparent explosion, and everything becomes a fragment – the machines, time, and reality itself.  Photographer Fabian Oefner freezes this explosion into what appears to be an impossible image that details the intricacies of some incredible machines.

Theoretically, he should be called a disintegrator, even though the gentle ways of Fabian Oefner suggest otherwise. The fact is that no one can disintegrate a collector’s car into smithereens like him – not even the most hopeless novice drivers or the most reckless ones. ‘You must love what you disintegrate – the cars I choose are the ones I like the most,’ he says.

The ‘Disintegrating Series’ of photos of this 35-year-old Swiss photographer, with an atelier in New York, derives from his passion for everything to do with time and speed. Oefner began his career as a commercial photographer after finishing his product design studies. The idea for the series, one of his most seductive and brilliant personal projects, came to him during the restoration of a Volvo P1800. Fascinated by the diagrams and technical drawings of the mechanical parts, Oefner thought of translating them into a still life image on a large format. This was the beginning of what would prove to be a visually rewarding journey through technique.

In astonishing the audience, capturing their attention, the artist’s function is that of a magician. ‘If you look at the cars at the very moment they disintegrate, it all happens in an imaginary moment, a fragment of time that doesn’t exist,’ he explains. The disintegration of a Ferrari is an illusion, a metaphysical idea of what happens in a given moment. Of course, there’s a trick involved, even if you can’t see it, and that’s what makes it all the more intriguing.

The first disintegration images were done with scale models reproduced in high fidelity. Beginning with the Mercedes 300 SL Gullwing, he, then, chose the Ferrari P4. But the biggest leap in terms of quality came when he got a chance to work with a real supercar – a Lamborghini Miura. ‘One day, a collector, who was about to take his car to Sant’Agata Bolognese for a complete restoration, offered me a chance to photograph every single part of his car in a small studio next to the workshop. So, three years ago, I began a back-and-forth journey from Switzerland to Bologna. Working with mechanics was nice, as I discovered how they built a Lamborghini in the 1960s.’

So, by now, you must have figured out that the disintegration that you see on the images is fictitious. First, the idea is graphically translated through a drawing, then the individual frames of each component, no less than two thousand, are reworked and positioned with photo editing programs. Now, it’s important that you know what you’re doing, for once the car is assembled, you don’t get another chance.

A project like this requires a lot of time, patience, dedication, and the precision of a Swiss watchmaker. Oefner says that he would like to dedicate himself to sculptures now, but he will not abandon the Disintegrating Series. ‘I’d like to work on a real McLaren F1, Ferrari F40, and Lamborghini Countach. Some collectors have agreed to work with me, but we’ll just have to wait until they decide to restore their cars…’

Fabian Oefner, 35, reveals the system he uses to disintegrate cars through his camera – every single piece is photographed in the studio at the right angle and then placed in the image with patience and precision. 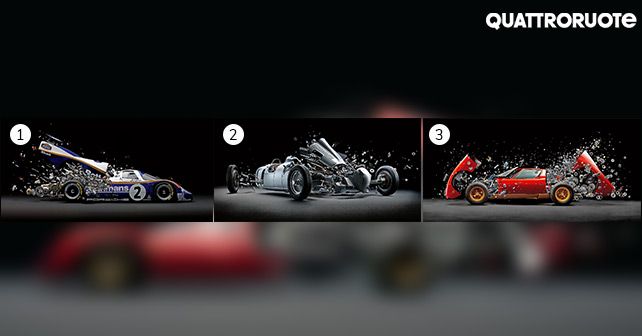