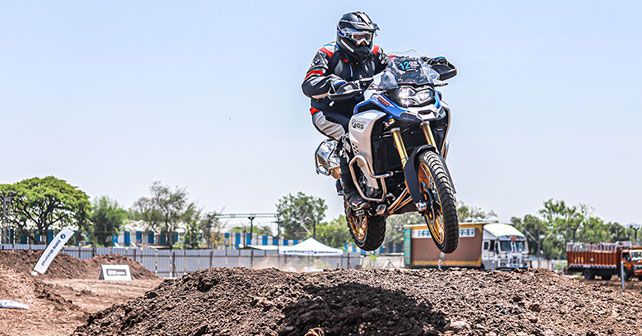 If the BMW Motorrad F 850 GS isn’t off-road focussed enough for you, well, BMW has now got you covered...

A few months ago, we got lucky enough to get our hands on the BMW F 850 GS and ride it to the lower hills of the Himalayas. If you’ve read that story, or watched the video, you’ll know that I strongly believe that the 850 GS is one of the most amazing motorcycles on the planet. And yes, it also won our Best of 2018 award.

When Indian professional racer Sarath Kumar rode it on the track at the Buddh Circuit, it clocked a very impressive lap time – which is enough to prove that the 850 GS is a terrific road-going machine. Its handling capabilities are out of this world, and its wonderful 853cc twin engine has just the right amount of power for you to have a jolly good time with it.

So, what exactly is the F 850 GS Adventure then? Well, the standard 850 GS was flawless on the road, but it wasn’t really a proper off-road machine. Sure, you can hit some nice trails with it and even go long distance touring, but it’s not really the machine to take off-road and throw around on the rough stuff. And that’s where the GS Adventure comes in. 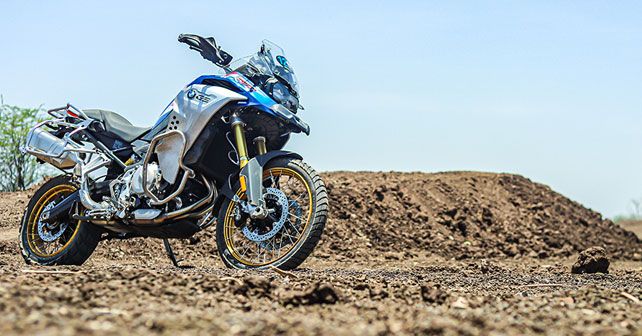 Just how is it better?
The 850 GS Adventure gets a few design tweaks, improving its appearance and usability. The fuel tank is larger now, which means that you don’t have to worry about refuelling in the midst of an adventure. The radiator cowling has also grown and is now wider.

The engine is the same, but the power has been pumped to 95bhp, while the torque remains the same at 92Nm. It gets 43mm upside down forks with more travel – 230mm at the front and 215mm at the rear.

At the front, there’s a larger 21-inch wheel with spokes – a definite aid in off-road handling and steering. The seat height has also been lowered, but you do have the option of adjusting the seat height in the accessories package. There’s also the Rider Pro package that increases the number of riding modes you can choose from, including the Enduro Pro mode, which is what makes all the difference here. 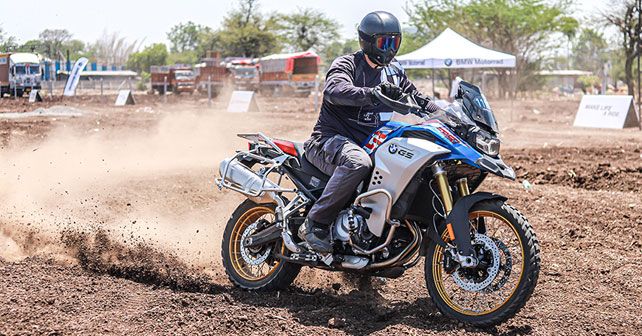 Okay, but how does it perform?
There are no discernible differences in the way the bike handles on the tarmac. Despite having a larger front tyre, a much wider body and a little more weight, thanks to the engine crash bars and luggage rack, the 850 GS Adventure is still a tarmac hungry machine that’s exciting and fun to ride and tour on. The engine is smooth and powerful, and the bike is extremely comfortable.

You can really feel the difference when you head off-road. I got the opportunity to ride this machine on some obstacles that were set up at the BMW Motorrad GS Experience in Pune. The GS Experience is a wonderful event, organised for GS owners so that they can learn the skills necessary to handle these big and powerful machines.

During my ride, I kept the 850 GS Adventure in Enduro Pro mode, which disables the ABS and controls the throttle in such a way that the power doesn’t kick in instantly – which allows you to have more controlled traction. Standing up on the bike is now much more enjoyable, thanks to the adjustable handlebars and levers, which make a world of a difference when you want to go for an off-road ride.

The foot-pegs are also enduro pegs, which give you a much better grip for your feet. With the improved travel suspension, the bike feels brilliant, and even though the rear is a bit stiff to compensate for the added weight of the bike, it still does its job of making the bike very stable and offers a great feel of the rear tyre. The larger front tyre also improves the steering on the rough stuff. I also like the fact that the bike gets a steering damper, so your hands don’t get tossed around on bumpy surfaces. Even the standard 850 GS gets that. 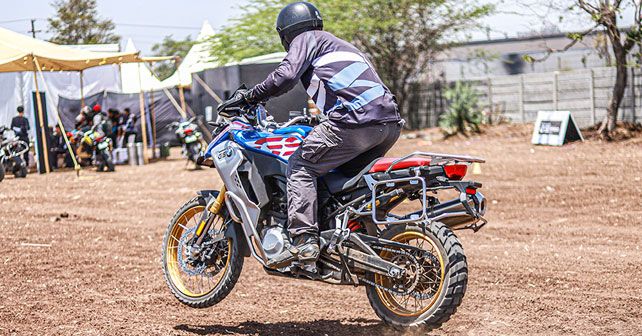 We rode mostly on very loose mud and dirt, and the bike felt stable throughout our ride. I also managed to learn some important riding skills, thanks to the exercises we practised with the help of the BMW instructors. We learnt about our footwork, controlling our body weight and our field of vision. It was a wonderful experience, and I definitely came out of it a better rider.

What’s the deal?
The new F 850 GS Adventure has been priced at `15.4 lakh (ex-showroom, Delhi), and that’s pretty steep for a mid-segment ADV. However, you must consider that there’s nothing that comes close to this bike in terms of quality, performance and capability. Its closest competitor is the Tiger 800 XCa, and while it’s priced almost the same as the BMW and gets the same features, the engine isn’t as torquey. 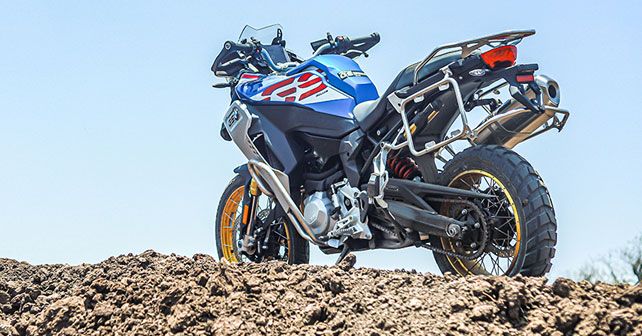 The 850 GS Adventure is also a much better package, since its on-road capabilities are a little better, and it’s better suited to long distance riding. There is a reason why the GS models are the best-selling adventure bikes in the world, and that’s because they’re built to cross continents and take on anything that comes in their path. The new F 850 GS Adventure is, in my books, the best mid-segment adventure tourer available in India. I’d even go as far as to claim that it’s, perhaps, even better than some of the bikes in segments above it.

X-Factor: If you can afford it, this will be the only bike that you will ever need. It’s the total package! 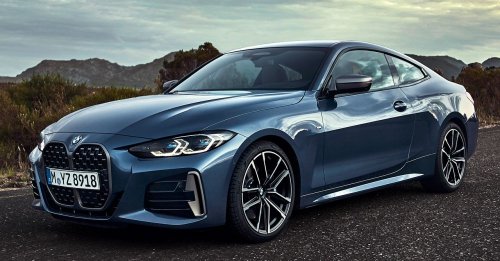