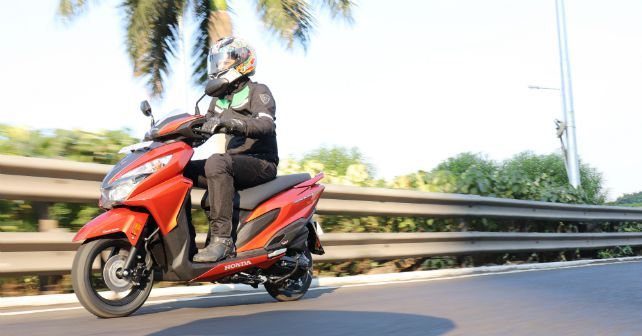 With the stylish and feature-rich new Honda Grazia, Honda hopes to capture a larger share of the 125cc scooter segment.

Scooter sales have grown by 14 percent in the last five years, and they’re showing no signs of slowing down. The 125cc class of scooters, however, contributes to just nine percent of overall scooter sales. But with people demanding more style and power from their commuters, Honda believes that there’s a lot of potential in the 125cc scooter class – and that’s where the Grazia comes in. But the launch of the Grazia also raises its fair share of questions. With the Activa 125 already on sale, where does the Grazia fit in – and will it cannibalise sales of its sibling? We took the new Honda Grazia for a quick spin to find some answers. 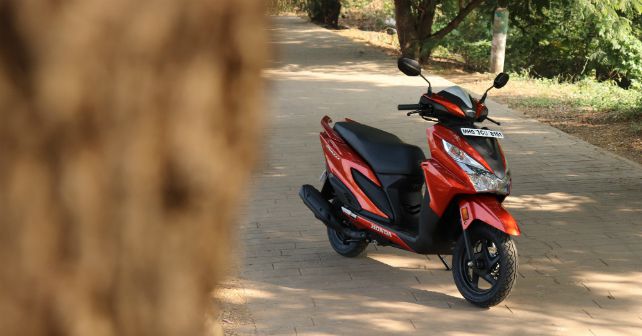 Honda says that they want to target the Honda Grazia towards the youth, and this intention is evident in its design. The sharp lines on the front fascia and the side panels make the Grazia look modern and sporty. The V-shaped headlight, the split grab rails and the exhaust are some of the design elements that really caught our attention. The taillight, however, doesn't look as chic as the front. The top-of-the-line Honda Grazia that we rode also came fitted with the same five-spoke alloy wheels as the Activa 125 – although they’re finished in black.

As far as seating position and ergonomics are concerned, Honda has always managed to get it absolutely spot on – and the Grazia is no different. The seat is long, wide and comfortable – not just for the rider, but also for the passenger as well. While the split grab rail looks fancy, they serve their purpose perfectly for the pillion rider. In terms of dimensions, the Honda Grazia is more or less identical to the Honda Activa 125.

Apart from style, the Grazia brings with it a lot of segment-first features. It has as many as eight LEDs up front – two for the low beam, two more for the high beam and four for position lamps. The position lamps light up when you turn on the ignition, while the low beam comes on when you thumb-start the scooter. Our ride of the Honda Grazia was during the day so we can’t quite judge the quality of the headlight, but with this kind of hardware, it has it promises to set a benchmark amongst all scooters. The Grazia also comes with all-digital instrumentation, giving you readouts for speedometer, odometer, fuel gauge, time and tachometer. The instrumentation also has a three-step eco-speed indicator that lights up based on your speed. It gets a tiny glove box that can accommodate your mobile phone and other bits. It doesn’t have a lock though, which is a bit strange. And while the overall touch and feel is good, this panel feels flimsy, and of poor quality. In terms of storage, at 18 litres, the under-seat storage is as much as the Activa 125. 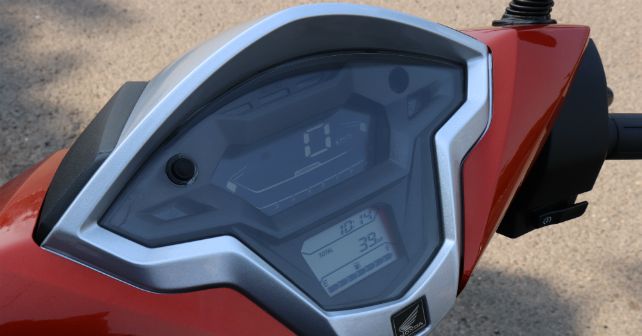 Underneath the body panels, this new offering borrows the same engine from the Activa 125. At 8.52bhp and 10.54Nm, the output from the 124.9cc single-cylinder motor is identical too. The Honda Grazia feels eager setting off from a standstill, but it only comes into its element after crossing the 15km/h mark on the speedometer. And the motor is as smooth and calm as you’d expect from something that wears the Honda badge. Whether you’re riding at city speeds, or at 80km/h on the highway, the Grazia feels unstrained and impressively refined. The engine feels its strongest in its low to mid-range, with enough power on tap to address city traffic with the utmost ease. 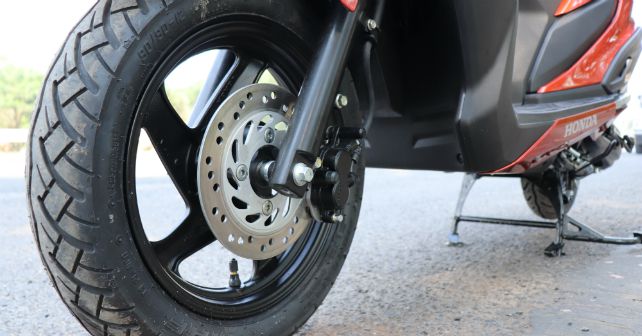 Now, just like the Activa 125, the Honda Grazia too comes fitted with telescopic forks and 12-inch wheels at the front. The setup at the back is identical too – the proven combination of spring loaded hydraulic type suspension and 10-inch wheels. While this setup manages to carpet most undulations on the road, there’s no denying that it is a bit firm. Larger potholes certainly don’t go unnoticed. But it’s this firmness that gives it confident handling capabilities and makes it fun to ride. No, it isn’t as much fun as the Navi – and definitely nothing like the Aprilia SR150 – but just the right amount to be easily uncovered from under its commuter skin.

Honda launched the Hodna Grazia at a starting price of Rs 57,897. The variant that you see here, with the disc and alloy option, will cost you Rs. 62,269 (ex-showroom, Delhi). As a product, the Grazia has a lot working in its favour – right from a long list of features, a refined motor, and, of course, Honda reliability. For all that it offers, it demands just Rs 400 more than the Activa 125 – and this is where things get a bit tricky. Honda would like the Honda Grazia to replicate what the Dio has achieved in the 110cc segment. But such a marginal difference between the two only amplifies the value for money proposition that the Grazia makes when compared with the Activa 125. All of this makes us wonder if the brand team put as much thought into positioning the Grazia, as the product team did in developing it.