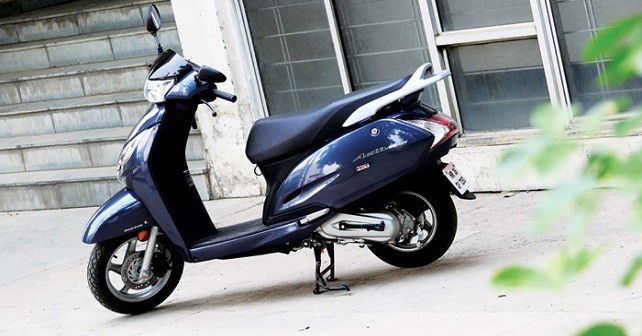 The Honda Activa is currently the best selling scooter in the country, and now Honda has launched a bigger engined version to make this bestseller an even more attractive proposition. So we did the Honda Activa 125 to help you know if this move from HMSI is a good one.

The first time I rode an Activa was in Goa in 2005. During that trip, most of my friends had rented motorbikes, and for some reason I couldn’t find a bike that was right for me. So, my impatience meant that I decided to rent a Honda Activa for the day, before trading it in for a bike the next day – but that never happened. The Activa turned out to be better than I ever imagined, because it was comfortable, extremely easy to handle on the narrow Goa roads, and just an overall fun machine to cruise around in. So, I can easily understand why the Activa is the best selling scooter in India. Apart from its near perfect driving dynamics, it also looks quite flashy – and, of course, it wears a Honda badge. 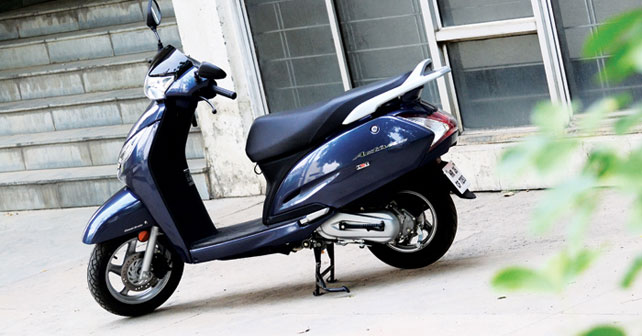 But, Honda seems to think that the Activa can be improved further, and they know that the younger generation of Indian customers demand more power – and this has led to the launch of the Honda Activa 125. The new Activa 125 also happens to be Honda’s first 125cc automatic scooter for the Indian market, and it promises a lot more than additional power. So, read on to know more about our Activa 125.

The new Honda Activa 125 looks much the same as the 110cc model, but it does get a few tweaks to set it apart. The most noticeable is the extra use of chrome, especially on the front of the scooter. Then, there’s the taillight, which is now a single unit with integrated turn indicators. The instrument panel is now part digital and part analog, while the front tyre is bigger and the wheelbase longer. Plus, the Deluxe trim version we rode features a 190mm front disc and alloy wheels, which are not fitted to the base model. The seat is also bigger, and is very nice – comfortable even on long rides – and there’s plenty of legroom, while the seating position is perfect for city riding. Everything else on the 125 is borrowed over from the Activa 110. 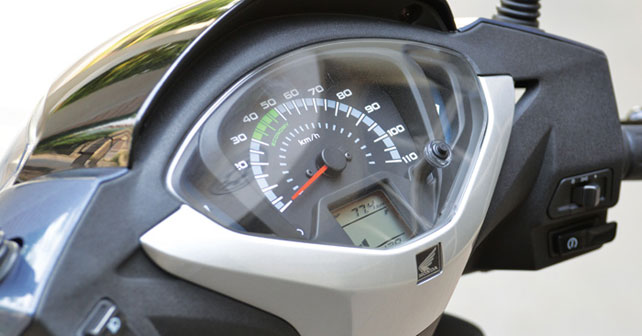 The new 125cc engine doesn’t get too much additional power, as it gets an increase of just 0.6bhp over the 110cc model, for a total of 8.6bhp. However, the torque does get a good increase to 10.12Nm. As a result, the Activa 125 really does pick up speed faster – thanks to the extra torque, the engine refinement is quite exemplary. Paired with the same CVT shared with the 110cc model, the power delivery of the engine is quite smooth and effective for city riding. And while we didn’t get to test it on hilly roads, Honda claims that the Honda Activa 125 also has a very impressive climbing capacity – with the scooter capable of handling inclines of up to 23 degrees.
In our Activa 125, the scooter handled like a dream in city conditions – with the light handling allowing the scooter to be easily maneuvered through heavy traffic, which made it easy to negotiate on our congested roads. On the other hand, the new 125cc engine is also quite fuel-efficient and features Honda’s Eco Technology that improves combustion and reduces friction to allow for a claimed fuel economy of around 55km/l. 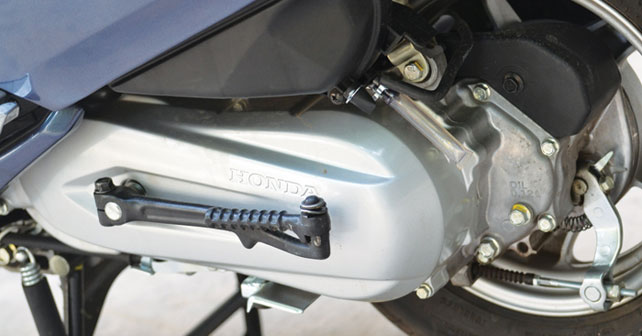 Overall, given the success of the Activa thus far, and with the improved package of the new Honda Activa 125, it looks like Honda will once again claim significant ground over its competitors, and win the hearts of more demanding, younger consumers.

We would like to know what you think of our Activa 125. So, please comment below to let us know if we missed something and what you have to say about it.