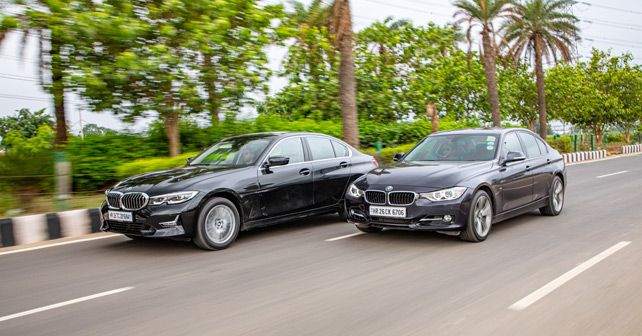 BMW claims that the 3 Series has gone back to its roots of being the ultimate sports sedan. Well, there’s only one way to find out – drive the brand new one alongside the outgoing 3 to see if it lives up to the hype…

The 3 Series is arguably the most important sports sedan of all time. Not only has it been the benchmark from the driver’s seat since inception, but it’s been pretty successful on the sales charts too – they have, after all, sold 15 million of them over its 6 generations. The latest – known as the G20 – is the all-new 7th gen.

I’ve been fortunate to have owned three (which is only fitting) generations of the 3 Series over the years – the E30 from the ‘80s, E36 from the ‘90s, and the F30 from the 2000s (the one featured here is my daily driver). That leads me to believe that I’m quite qualified to voice my opinion on the subject. Or am I? Obviously, I’m biased! Since no one put a gun to my head and insisted that I drive three different generations of the 3 Series, it would be no surprise to learn that I’m a fan. 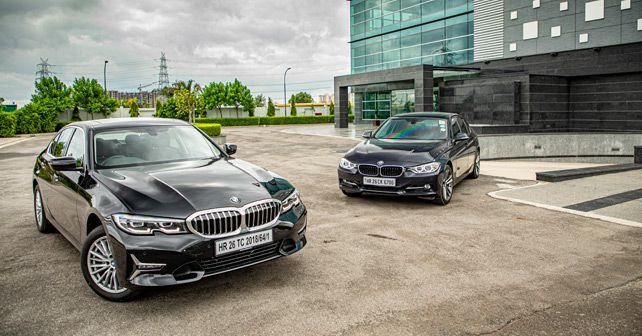 And so I’ve had the pleasure of enjoying the slightly hairy nature of the E30, which was a brilliant driver’s car, as well as the still analogue E36, which has one of the most driver focussed cabins of any sedan – ever. The F30 328i, however, lost its inline-six in place of a four-cylinder turbo-petrol motor. It also got bigger and the ride got softer, which meant that it lost its edge somewhat. Don’t get me wrong, it retains all the inherent goodness that comes with its BMW chassis, as well as the corresponding 50:50 weight distribution, but the suspension became a little too soft for my liking – and the high-speed stability took a hit as a result.

With the new one, BMW aims to take the 3 back to its roots of being the ‘ultimate driving machine.’ At the same time, they also have to make it cutting edge, tech laden and more luxurious than ever. And that’s not exactly an easy task when you have the weight of the 3 Series legacy on your shoulders. So how does the all-new G20 fare? 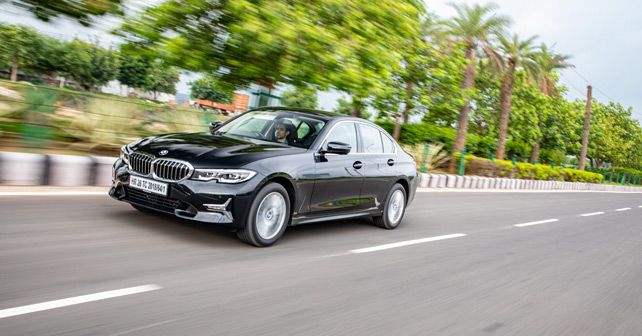 Bigger nostrils, as well as just about everything else
BMW no longer wants their cars to blend in, and nowhere is this more true than with the all-new X7 and facelifted 7 Series – featured elsewhere in this issue. The kidney grilles in those cars deserve their own zip codes. Thankfully, the new 3 Series isn’t quite as brash. However, gone is the sleek, slender front end of the outgoing car in favour of a far more imposing face – courtesy of a pair of flared, chrome lined, nostrils. It also gets equally expressive headlights, with sharp creases that cut into the front bumper. 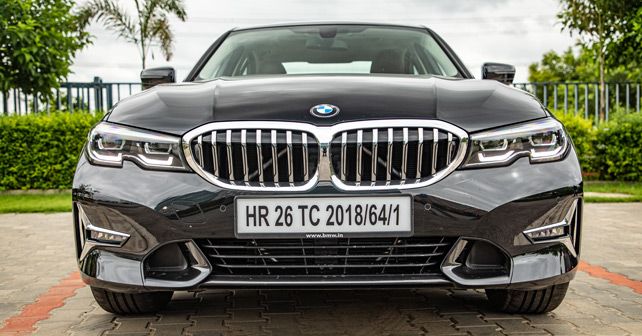 On the whole, though, this new car wears its heritage on its sleeve. In profile, it looks unmistakably like a 3, with the famous BMW Hofmeister kink at the C-pillar neatly integrated into the rear door. The lines around the side are sharper, but it’s at the back where the new 3 really dates the outgoing model. It’s cleaner, sleeker and more modern looking – an especially nice touch is the 3D effect of the taillights. The dual tailpipes, now standard even on this 320d, are another nice touch. As for the dual tips on the F30 328i that you see here, well, that’s an aftermarket exhaust to quench my boy racer thirst!

What’s immediately evident when you put these two machines together is the fact that the incoming 3 Series is visibly larger than the outgoing car. It’s 76mm longer and 16mm wider. 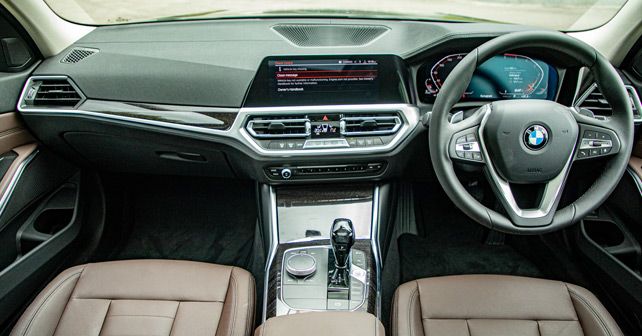 Bigger where it counts
The increased overall length leads to an extra 41mm within the wheelbase, and this comes to great use in the cabin of the new 3. In the past, the cabin of the 3 Series has been exclusively moulded around the driver – often to the detriment of the other passengers. And while the F30 was larger than its predecessor, the rear seat was nevertheless cramped.

Immediately, when you get into the new 3 Series, you feel like you’ve moved into a more luxurious machine – so much so that it even feels like it’s one segment up from its predecessor. Even the steering is softer to hold, as the leather has more padding. The quality of materials and the fit-and-finish are on another level. Our test car had a beautiful chocolate brown interior, with dark wood trim and silver accents that give it a classy, minimalist quality. At the same time, the switchgear looks and feels familiar. 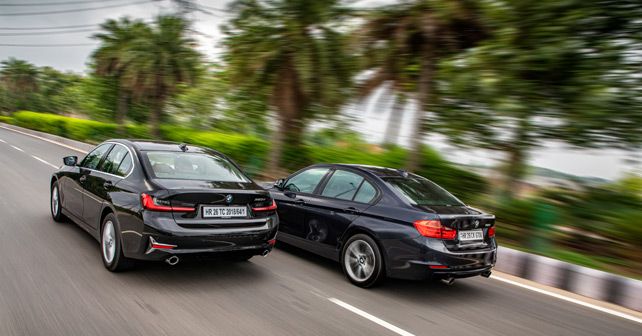 BMW’s latest generation iDrive system works via a familiar rotary control knob, but the screen is now touchscreen as well. Fortunately, the centre console still houses a volume control knob, as well as physical buttons for the basic AC controls. The iDrive screen, meanwhile, is apparently the only curved glass screen in the automotive world, and it appears to just melt into BMW’s new digital instrument cluster.

Now I’m a big fan of the big analogue dials that have been a trademark of all BMWs thus far, but I have to say that the new digital instrument cluster works really well. The new 3 also comes with your very own ‘BMW personal assistant,’ who you can talk to (if you speak clearly enough that is), but it feels like more of a gimmick than anything else. The wireless charging and wireless Apple CarPlay, however, are both very useful features. 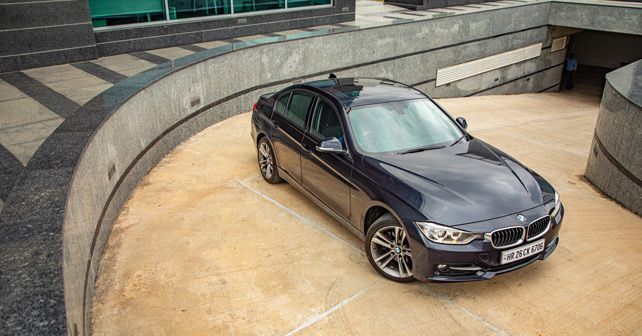 On the whole, though, it’s the space and comfort in the cabin of the new 3 Series that really stands out.

Proof of the pudding
Tech and luxury are all very well, but the 3 Series has cut its teeth and become a household name the world over because of the way it goes down the road – so it’s time to put these two machines to the test on the move.

Of course, the 328 is faster, but here again it’s the refinement and sense of serenity of the new car that shines through. The incoming 3 Series comes with an acoustic glass windshield, as well as enough insulation to block out any hint of diesel clatter. The diesel motor now comes with two turbos – one low-pressure turbo and another high-pressure turbo. They work in conjunction to ensure that there’s no turbo lag whatsoever – making the power delivery seamless. But what happens when you push it?

My biggest grouse with the outgoing F30 is its soft suspension setup. In an effort to make the 3 Series more usable – on our roads especially – BMW softened the suspension setup so much that the 328i wallows in quite an ungainly manner over road undulations. Fortunately, the chassis of the G20 is far stiffer. The front suspension mounting points, in fact, are 50% stiffer than before. As a result, the engineers can run quite a compliant suspension setup and still ensure great body control. Another benefit of a stiffer structure is incredible handling and grip levels. But the all-important question is this – is the new 3 Series more fun to drive? 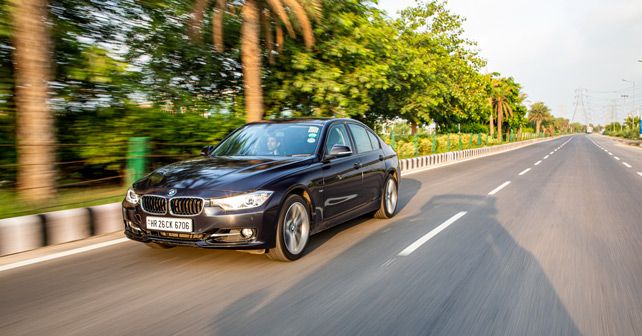 Well, in that sense, this is an unfair comparison – because 240 horses trump 188 every day of the week. And, frankly, 188 aren’t anywhere near enough to do justice to this phenomenal chassis. So, if it’s fun that you’re after, you need the 255 horses of the 330i at the very least – preferably in M-Sport trim with 18-inch wheels at the very least.

Nevertheless, from an objective standpoint, it seems that the new 3 Series is better in every way than the outgoing machine. Darwin would be pleased – it seems that the theory of evolution applies not only to the natural world but to the automotive world as well. 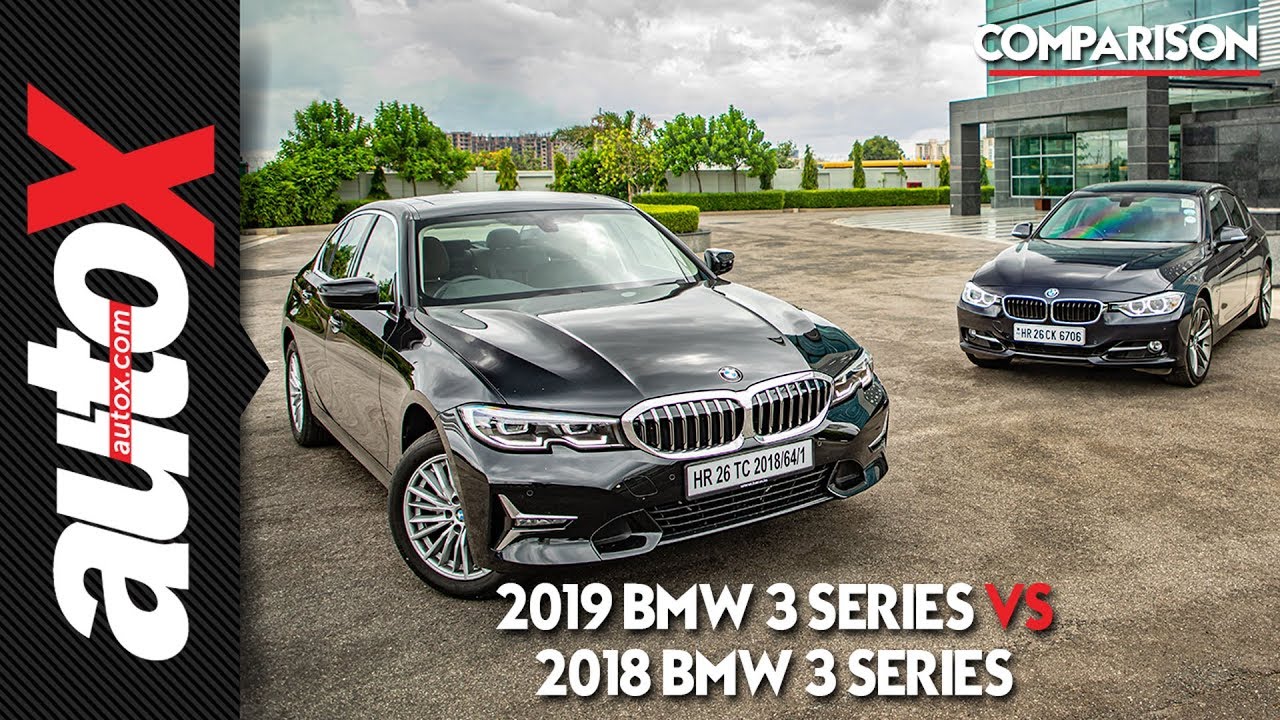 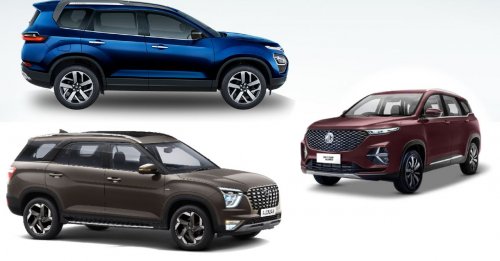 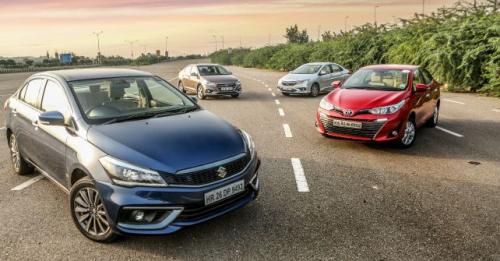 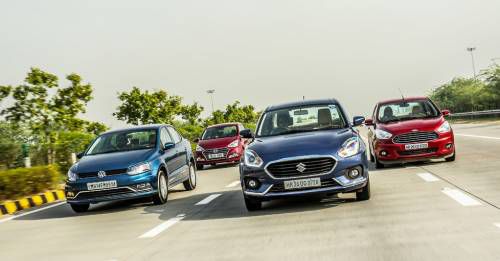 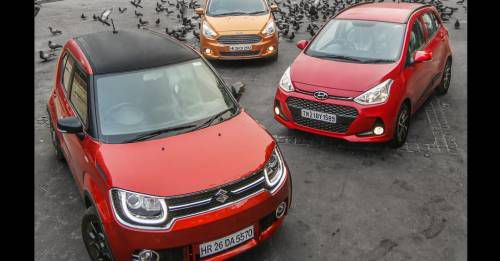 Maruti Ignis vs Hyundai Grand i10 vs Ford Figo - Photos