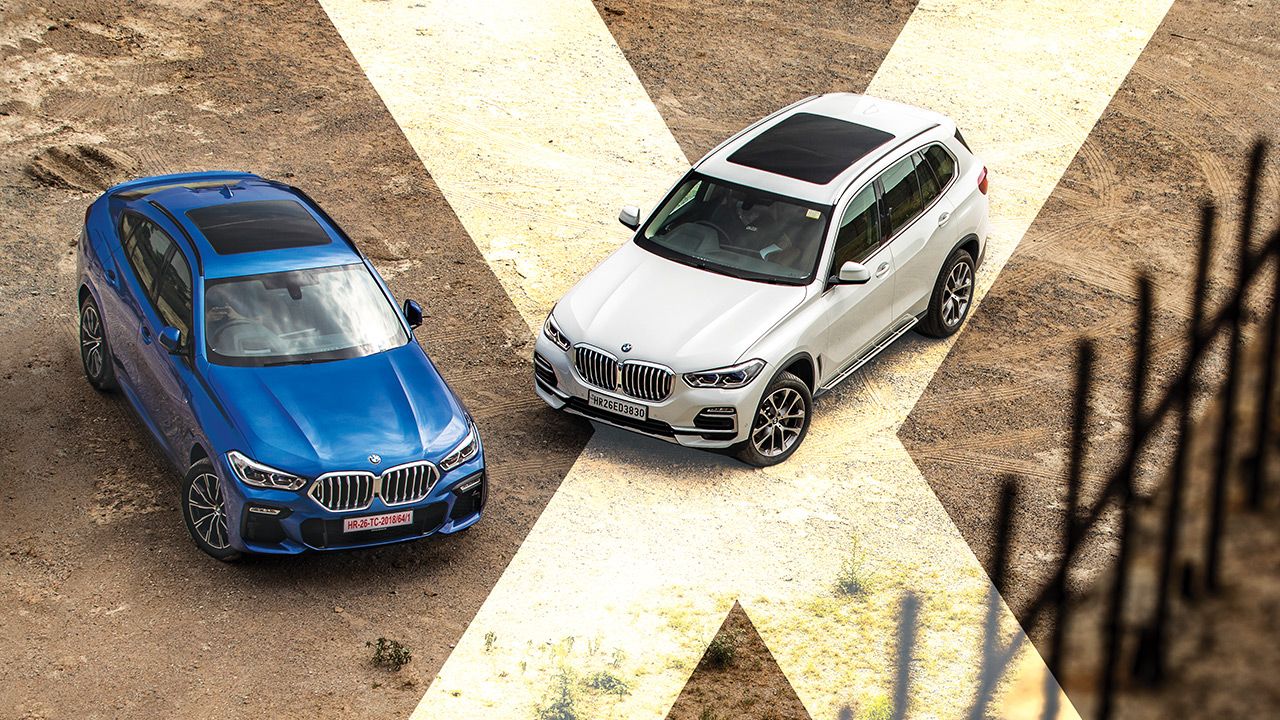 Why would you opt for the X6 over the mechanically identical, more practical, and more affordable X5? Well, there aren’t many logical reasons, however, there is a big but(t)…

You may have a thing for big posteriors – and there’s nothing wrong with it – but if you’re thinking of spending nearly a crore on a vehicle that’s neither an SUV nor a coupe, but something in between, well, take a long, hard look at this before you decide to put your money down. After all, 5 and 6, in this case, are separated by about a dozen lakhs. 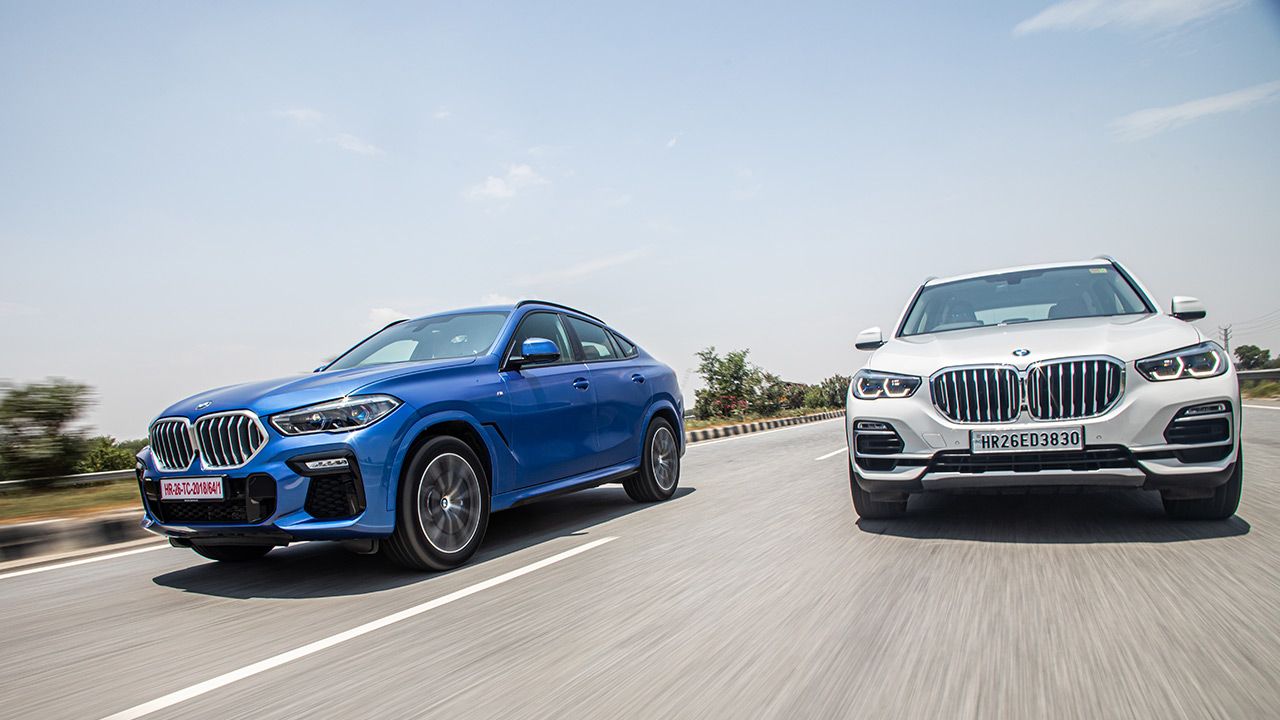 Now, let’s get you up to speed with a brief history lesson about the X5. The X5 was the big daddy of BMW’s X range – it was the first BMW SUV, umm… sorry, SAV, or Sports Activity Vehicle, that started the journey of high-riding vehicles for the Bavarians. Over the past two decades, BMW has sold over 2.2 million units of the X5 to customers worldwide. In its fourth-gen now, the all-new X5 was launched in India last year.

As already mentioned, the X6 and X5 are both based on BMW’s CLAR platform and are mechanically identical. They even have more or less the same exterior dimensions. Design-wise, the X6 is, of course, more flamboyant, but the X5 looks quite appealing too. It’s like choosing between Monica Bellucci in a mini-skirt or Monica Bellucci in a simple white gown. No matter which you pick, you’re getting Monica Bellucci either way, so that’s good news. 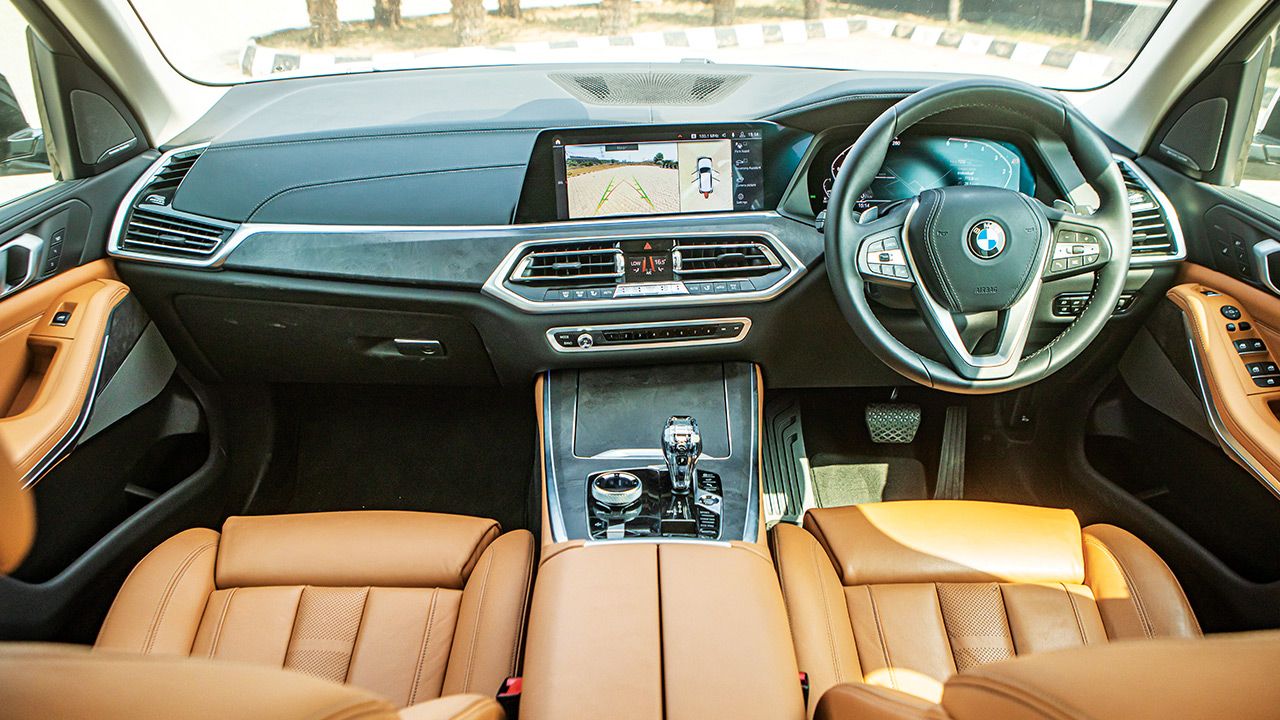 The interior tells a somewhat similar story – both vehicles have an almost identical (different trims have different upholstery) interior. Everything that you get inside the X6’s cabin has been directly lifted from the X5’s parts bin. Okay, so you don’t get heated/cooled cup-holders in the X5, however, the X5 trumps its big-butt sibling in terms of practicality. It’s more spacious – there’s more room at the front and back – and it’s got a bigger boot too (645 litres vs 580).

Optional extras
Another interesting aspect of this comparison is a quick look at the standard equipment that’s offered with both vehicles, which will tell you that the X5 has a far superior list on offer. For instance, LED laser headlights, a head-up display, 4-zone air-conditioning, a Harman Kardon surround sound system, and park assist with 360-degree cameras are all optional on the X6 M Sport variant. However, all of these are standard on the X5 M Sport. This kit alone is worth a couple of lakhs! 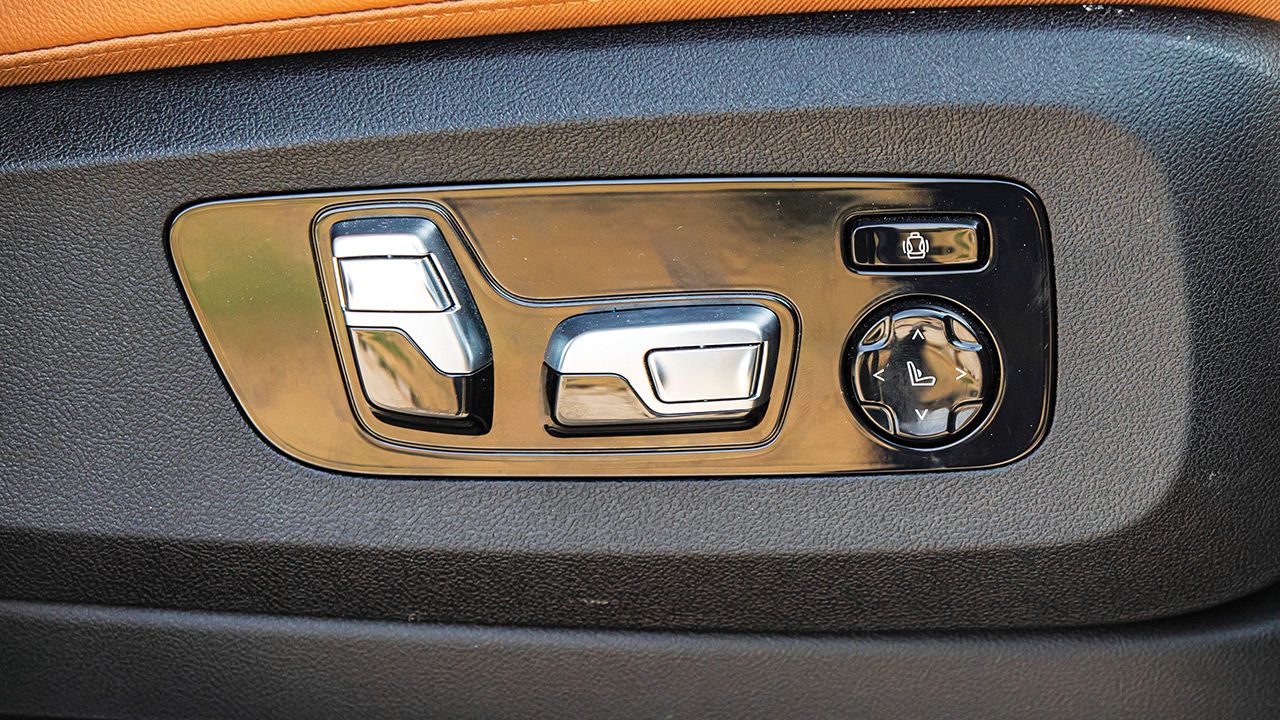 Having said that, if you’re a keen driver, you’ll argue in favour of the planted and more secure feeling that the X6’s adaptive M suspension, with steel springs, provides. And you’ll be right – the X6 definitely feels sharper and more agile than the X5. However, it comes at the expense of ride quality, as the X5 definitely feels more comfortable on bad roads. That said, even with the air suspension, the ride quality of the X5 isn’t as plush at high speeds as some of its other rivals. 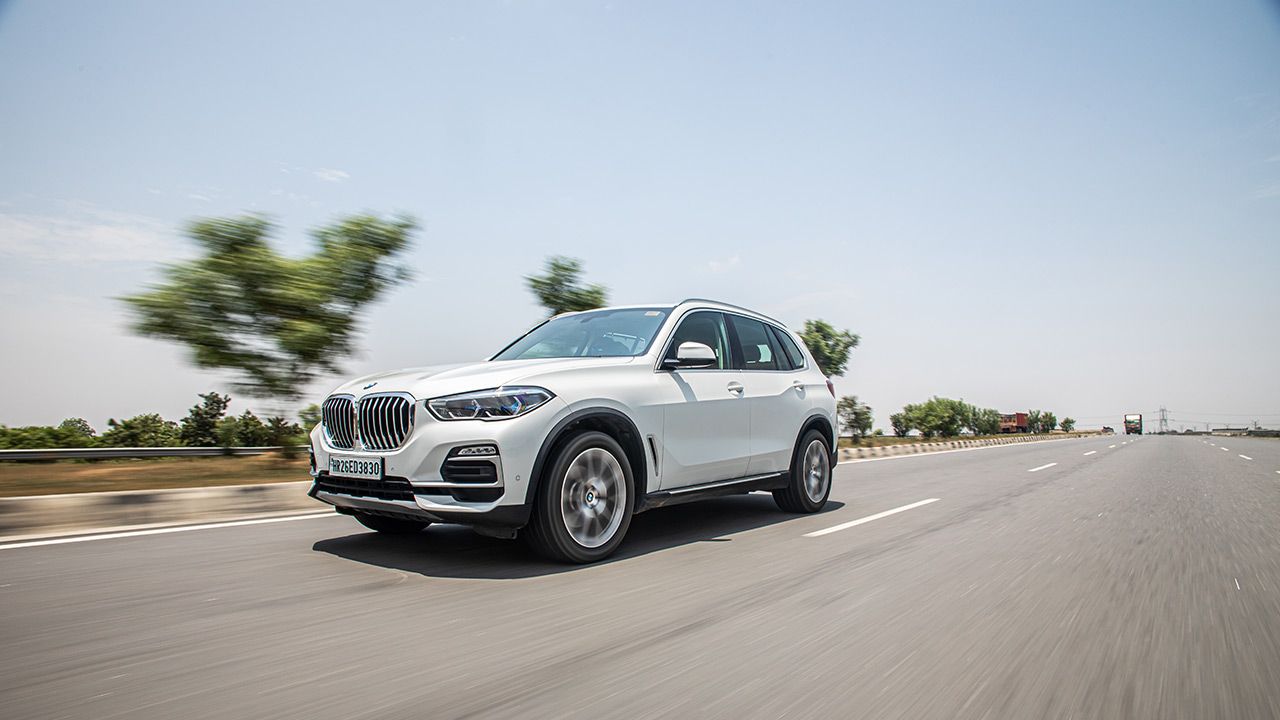 Torque Talks
When it comes to engine options, the X5 again trumps the X6. Apart from the M Sport petrol, the X5 is also offered with a diesel engine in two variants – Sport and xLine (featured here). The X5 diesel packs a 3.0-litre six-cylinder turbo unit that develops 261bhp and a massive 620Nm of twisting force. It comes paired to an 8-speed auto, and has all-wheel drive as standard. Despite being an oil burner, the performance is phenomenal. It revs quickly and offers brisk performance – the diesel X5 can sprint from 0 to 100km/h in 6.5 seconds, which is only a second slower than the X6/X5 M40i petrol. And somehow it also manages to sound sporty when you’re giving it the beans. However, it definitely falls short in terms of driver engagement – it doesn’t feel as communicative as the X6, and there is more body roll.

Off-road, both the X5 and X6 are good, but, with air-suspension as standard, the X5 does have the edge in this department – especially since you can raise the height of the vehicle. Surprisingly, BMW doesn’t offer the optional off-road package with either of these vehicles here in India, and that means there are no dedicated off-road modes or an electronically controlled rear differential lock on offer. The X6, however, has optional four-wheel steering, which isn’t offered with the X5 in India. 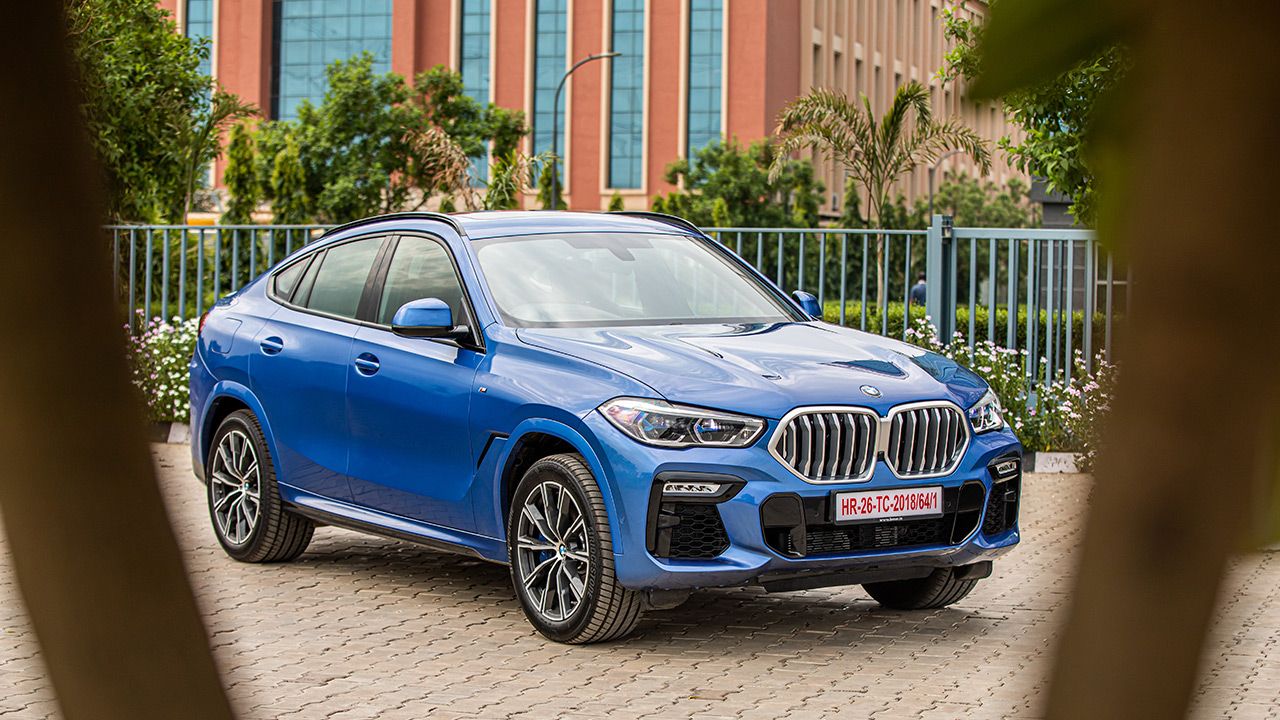 Knockout Punch
When you compare the X5 and X6 spec-to-spec, the picture that I’m trying to paint becomes even clearer. The X5 M40i, which is mechanically identical to the X6 M40i is priced at ₹84.40 lakh (ex-showroom). And right there, you have a `10 lakh difference. If you go for the optional extras – those that are standard on the X5 – the sticker price of the X6 will go up by a couple of lakhs more!

Of course, the fact that the X6 is sold as a direct import (CBU), as opposed to the locally-assembled X5, does play a part in its pricing. However, its country of origin won’t have any bearing on your pocket when you’re writing a cheque. The simple and straightforward answer is that the X5 offers significantly more value than the X6.

Does that mean the X6 is pointless? Well, to be honest, it does seem that way. You see, if you want comfort and practicality, the X5 absolutely licks the X6. And if you just want a show mobile to trundle around town in, why not opt for the much cheaper Z4 M40i – it gets the same engine with more firepower, and it’s a drop-top! 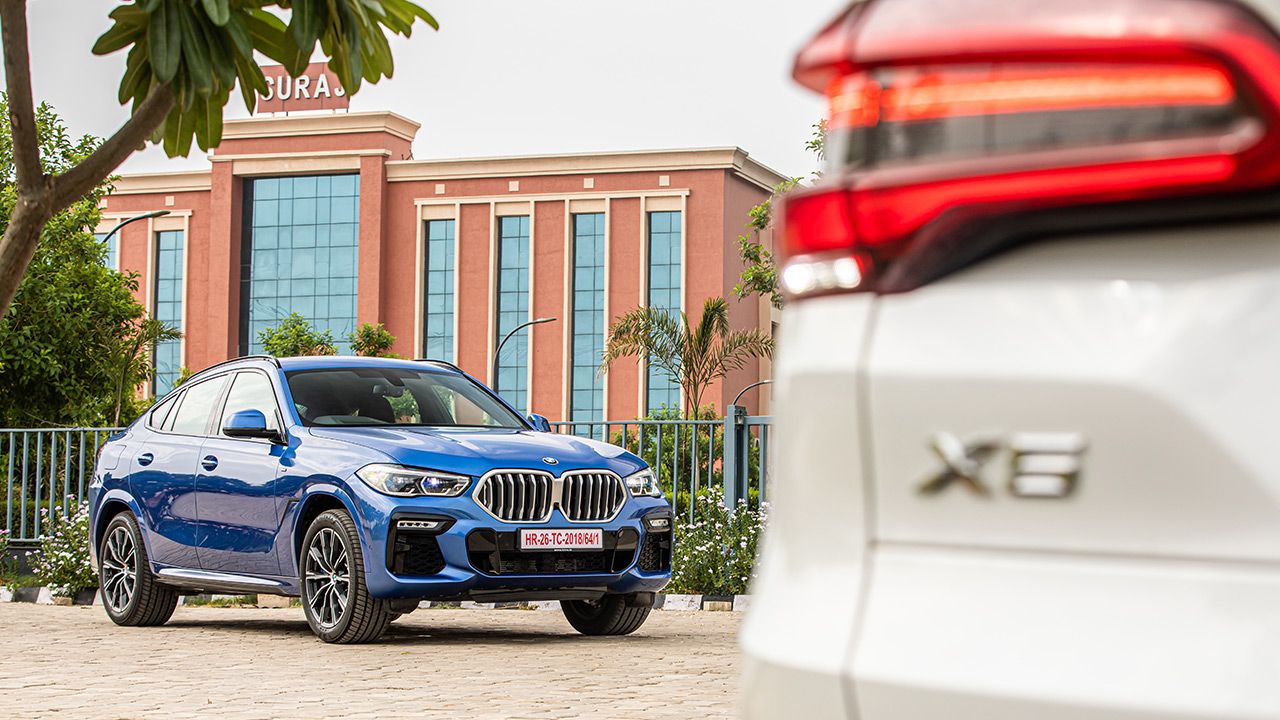 Having said that, I can’t deny the fact that I kind of love the X6’s sheer brutality and its I-don’t-give-a-f&#k attitude. And if that happens to be your life’s motto, then to hell with all the reasons that go against it – just go out and buy one! What’s ten lakhs anyway...

X-factor: The X6 is still a big brute, and pointless – but it’s very cool and very likeable all the same.

X-factor: Perhaps the most complete BMW for Indian roads – it's got space, performance and is feature-loaded. 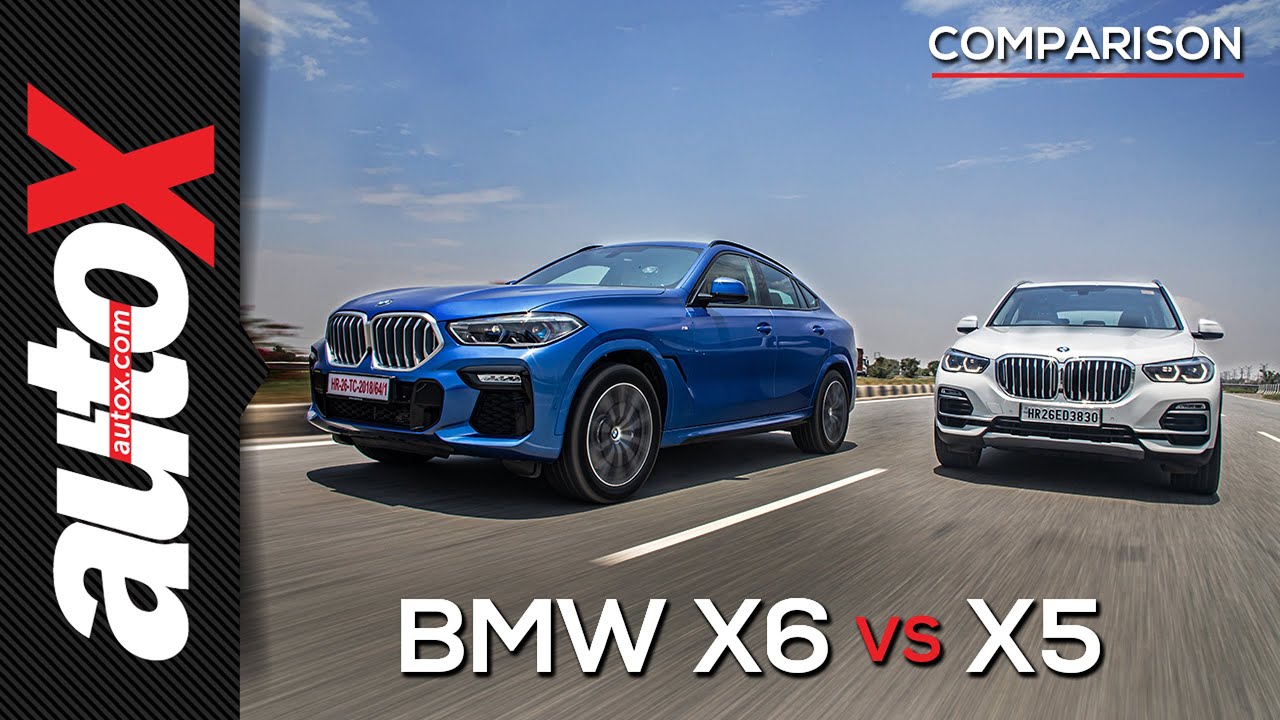