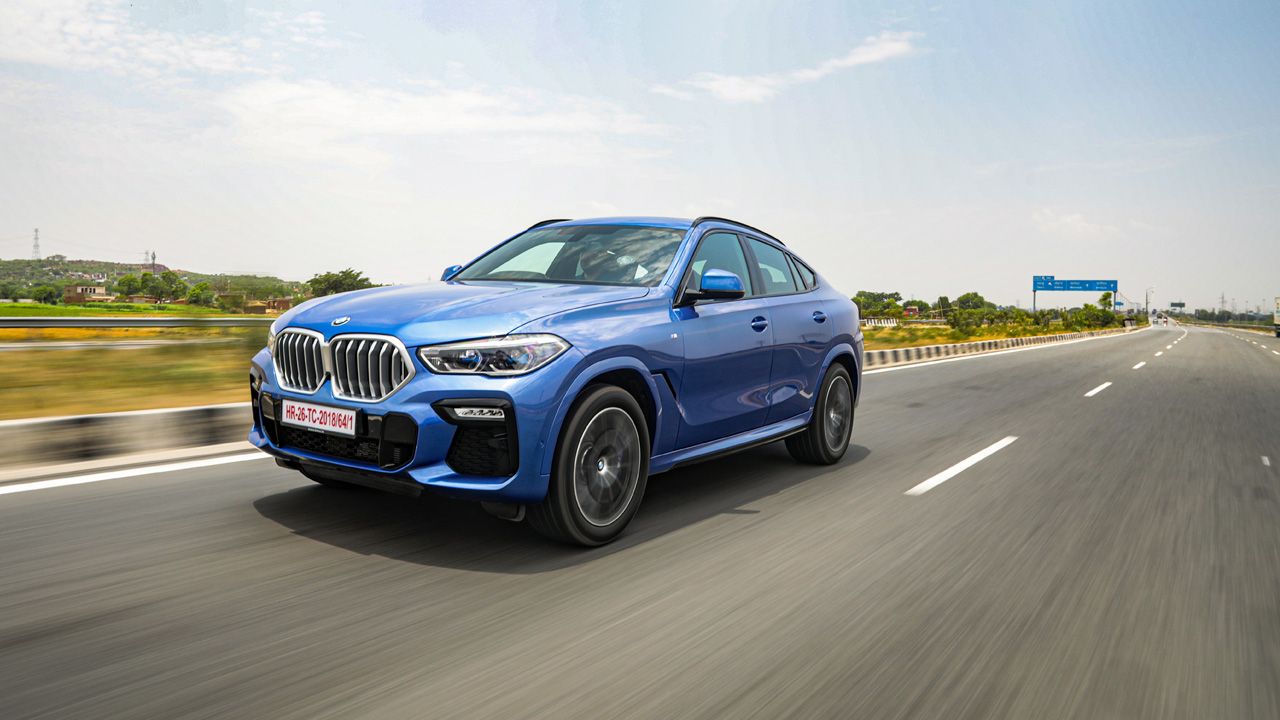 The founding father of luxury Coupe SUVs, the BMW X6, is now in its third generation. It’s the SUV that everyone loves to hate, but hates to admit that they actually love. Confused? Well, read on…

When BMW coined the term Sports Activity Coupe (SAC), with the launch of the original X6 back in 2008, the whole world laughed and thought that the Germans had lost it. A coupe body on top of the X5? It was nothing more than a joke – and, that too, one in poor taste.

Fast forward to the present day, BMW has already dispatched nearly half a million units of the X6 around the globe, and the vehicle is now in its third generation. Not to mention the fact that, in the last decade, other manufacturers have blatantly copied BMW’s work – today manufacturers like Audi, Mercedes, and Porsche have at least one Coupe SUV in their product line-ups. So, who’s laughing all the way to the bank now?

The X6 was the car that founded the luxury Coupe SUV segment, so, naturally, it’s a very important vehicle for BMW. The third-gen X6 made its global debut last year, and has now arrived in India. The updates include an all-new platform (same as the new X5), sharper design, and a lot of new features and equipment. So, here we ask the following question – is it still the king of the hill in the Coupe SUV space? Well, let’s find out…

Coupe de controversy
Even though the X6 has been around for over a decade, and has been a success for BMW, there is no doubt that its design is polarising at best. A fact that still haunts it in its third-gen version. The X6 is still a controversial body type, and if you look at it long and hard, you’ll realize that the design has only gotten busier and more confusing. Like recent BMWs, the X6, too, has a massive grille – however, here, it doesn’t hurt your retina as much as it does on BMW’s new sedans, as its overall muscular build means that it fits in better. BMW will offer you an illuminated grille if you want extra bling though. Apart from that, the X6 now gets LED Laser lights (optional) and beefy bumpers, both at the front and the rear. 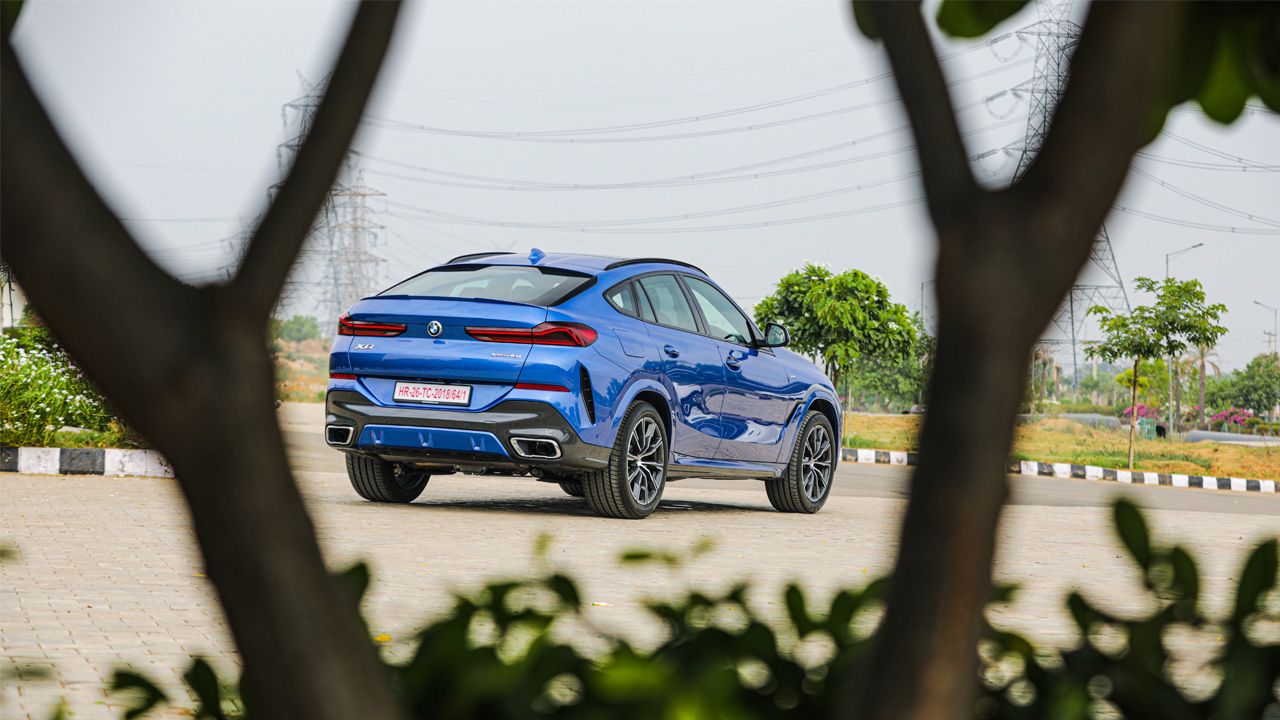 From the sides, the profile is that of a coupe, which means that you have a drooping roofline attached to the body of an SUV. The rear-end is where the updates are most prominent. It gets a new set of L-shaped LED taillamps and a beefier bumper. Coming to the new platform, the X6 is now based on the same CLAR architecture as the X5. As a result, it’s longer and wider, but sits slightly lower than its predecessor. Its wheelbase is 42mm longer (2,975mm) than before.

The model on test here is the M Sport variant, so it gets a sporty body kit. This includes an M aerodynamics package and 20-inch M ‘Starspoke’ alloy wheels, with massive M Sport brakes, which look rather attractive. In this particular ‘riverside blue’ shade, the X6 undoubtedly draws attention. Overall, it’s not attractive in the true sense of the word, but there’s no denying that it looks very cool for all the wrong reasons. Whatever you think of it, it exudes a big, bad boy kind of vibe, which – as much as I don’t want to say it out loud – definitely works in its favour. 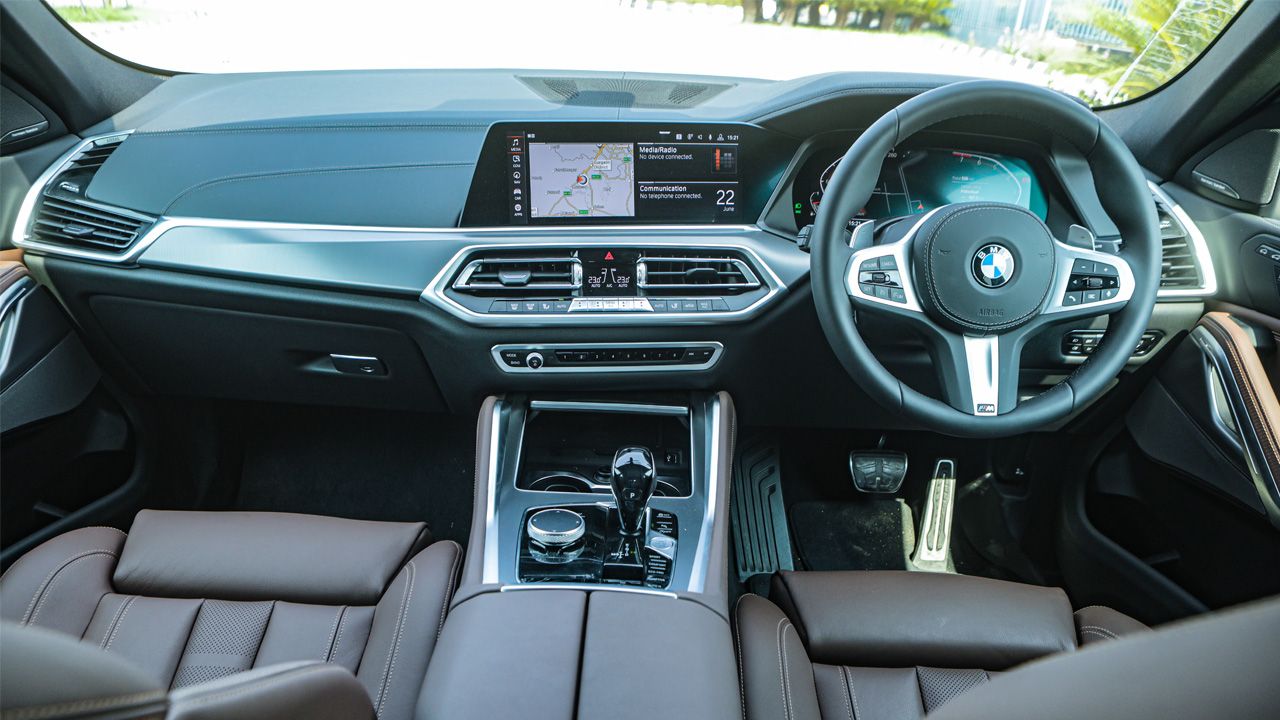 Inside, the new X6 gets a brand-new interior, which feels much better than the old version. However, if you’ve been inside the current-gen X5, you’ve already seen it all. The equipment and dashboard design are identical to the X5 – there’s a 12.3-inch touchscreen for infotainment, along with BMW Live Cockpit digital instrumentation. It also has 360-degree surround cameras, wireless Apple CarPlay (no Android Auto as yet), park assist, a Harman Kardon sound system, wireless phone charging, a head-up display, and more. The M Sport variant gets an M Leather steering wheel and sports seats. The quality is superb, and the X6 feels so much nicer and more modern than before. The only fly in the ointment is perhaps the rear bench – it lacks under-thigh support and has compromised headroom because of the slanting roof.

Petrol-only
At the moment, BMW is only offering the X6 with a single petrol engine – in 40i guise. It’s a 3.0-litre six-cylinder twin-scroll turbo engine that delivers 335bhp and 450Nm of torque. For power transmission duties, there’s an 8-speed automatic transmission that sends drive to all four wheels.

The X6 weighs well over two tonnes, but the drivetrain still manages to hurl this behemoth from 0 to 100km/h in just 5.5 seconds. Power delivery is instantaneous – there’s simply no delay or hesitation. The 8-speed automatic gearbox, which we have already experienced in many BMWs, is probably the best in the business. Shifts are lightning quick, and the gearbox reacts to your commands with sincerity. Every time I used the paddles for an up- or down-shift, the job was done as quickly as possible. It’s a snappy tranny that makes driving an involving affair. On top of the that, the fruity M Sport exhaust on this variant adds more zing to the overall driving experience. In case you don’t want to drive enthusiastically, you can turn everything down, and the engine and gearbox work in an unbelievably smooth manner.

Driver’s SUV
There are different driving modes on offer. The M Sport variant gets M Adaptive dampers with steel springs. Air-suspension is optional on this variant, but is offered as standard with the xLine derivative. Having said that, steel springs, with adjustable dampers, is more in line with the M Sport version’s sporty characteristic. For one, the vehicle feels better tied down at high speeds, and it also handles really well around bends. The M Sport steering adds a sporty feel to the overall experience, and the feedback from the wheel is quite good. 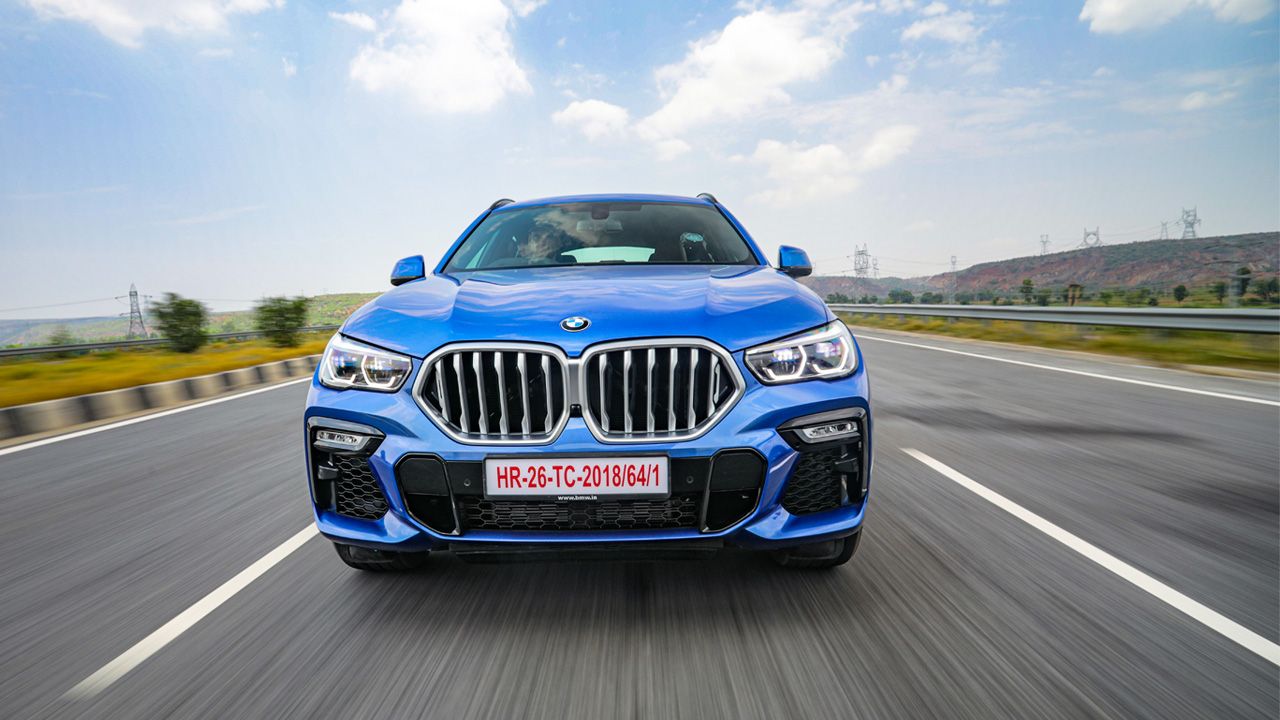 The ride quality, on the other hand, isn’t as plush as the X5 with air-suspension – even in Comfort mode, X6 feels jittery at low speeds. At high speeds, it settles down, but the setup remains inherently stiff. The suspension also has a lot of side-to-side vertical movement when you drive on wavy roads at high speeds. And that, coupled with the high riding stance of the X6, can get a bit alarming when you’re doing triple-digit speeds.

Verdict
The X6 remains a controversial vehicle and continues to be a polarising product in the automotive universe. There’s a lot of cool factor on offer with this latest version, and no matter how hard you try to hate it, the X6 has a very likeable personality. But, at ₹95 lakh (ex-showroom), the X6 is a lot more expensive than its sibling, the X5, which is mechanically identical and more practical. So, why would you buy an X6 over the X5? Does its Coupe SUV body type really make it worth the extra dough?

X-factor: The X6 is still a big brute, and pointless – but it’s very cool and very likeable all the same.