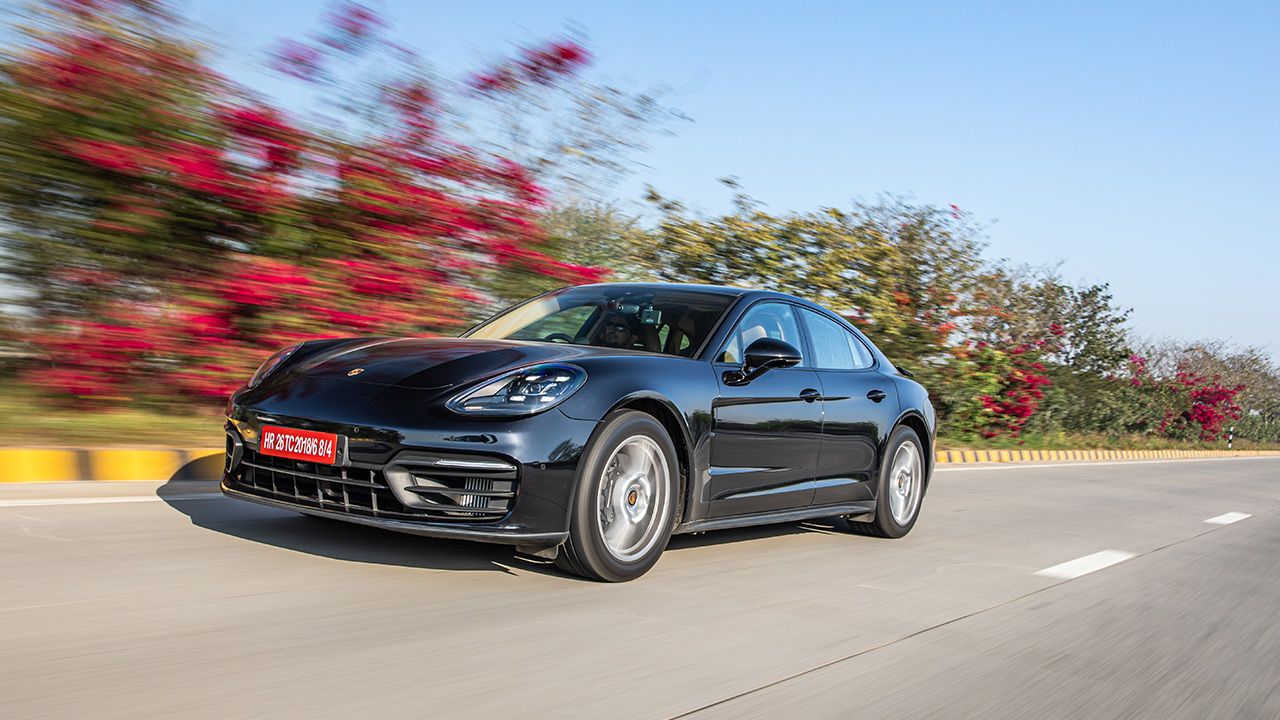 Is the Panamera the perfect sports car for someone who’s a family man by day and a Porsche purist by night?

For a generation of petrol-heads, the Porsche 911 is the ultimate sports car – it’s a dream that many chase passionately through the course of their lives. In fact, it won’t be wrong to call the 911 the Holy Grail of the world of performance cars.

Having said that, by the time you would save enough to drive a 911 home, chances are that you’d find yourself in that dreaded phase of life that is marked by grey hair on your head, the realisation of your own mortality, and, in all likelihood, responsibilities called children. And in that case, splurging a crore and a half for a 911 may seem nothing short of a mid-life crisis. So, with the grim realities of life-threatening your dream of owning a Porsche, what do you do?

Enter the Panamera. You see, in theory, it’s a 911 for someone who is a family man by day and a Porsche purist by night. The question, however, is – how close does it come to give you the experience of driving the 911? We had the 2021 Panamera with us for a day, so we might have the answer for you… 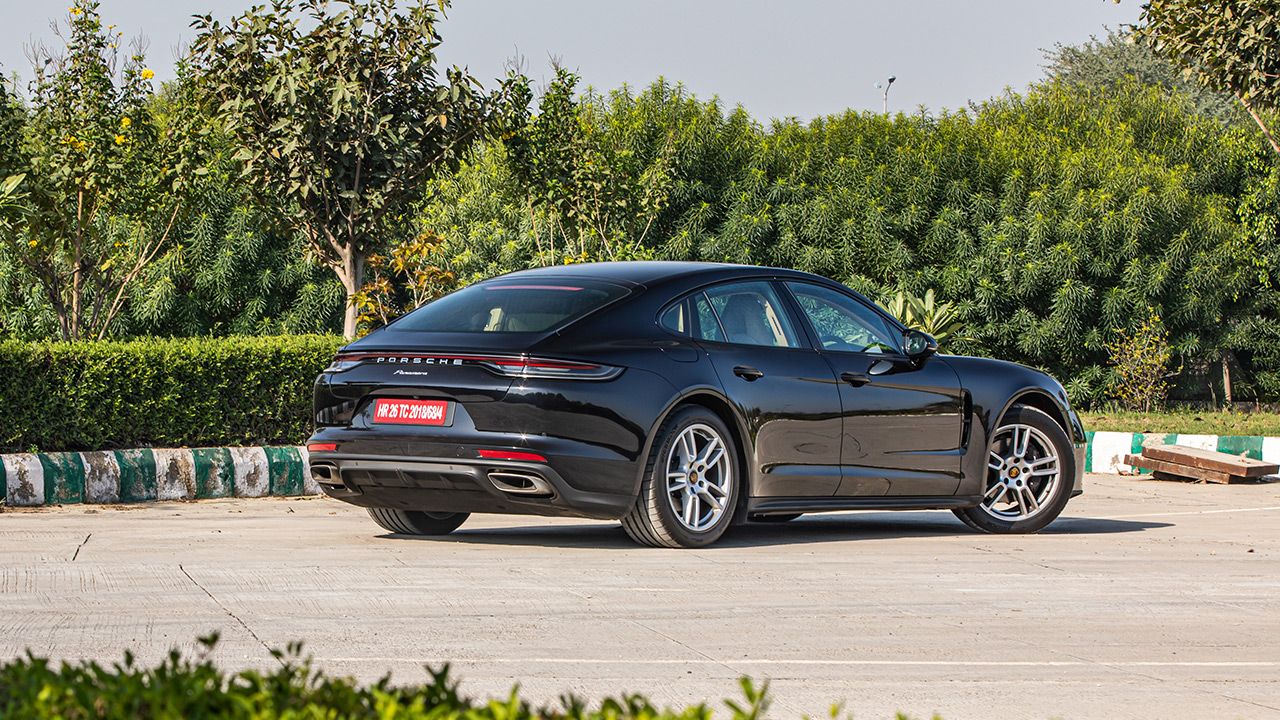 Refined aesthetics
When the Panamera first came out over a decade ago, it was anything but desirable. That’s because – there’s no kinder word in the dictionary to say this – it looked shocking! The first-gen Panamera looked like a 911 on a Viagra overdose. It had a face that only a mother could love. Long story short, it looked atrocious.

With the second-gen Panamera, which came out in 2016, Porsche decided to change things dramatically, focusing mainly on achieving a more cohesive exterior design and a more special interior. Their efforts definitely paid off – the current Panamera doesn’t just look acceptable but also quite attractive. Sure, it’s still a bit of an acquired taste, but there’s no denying that it has some serious road presence. 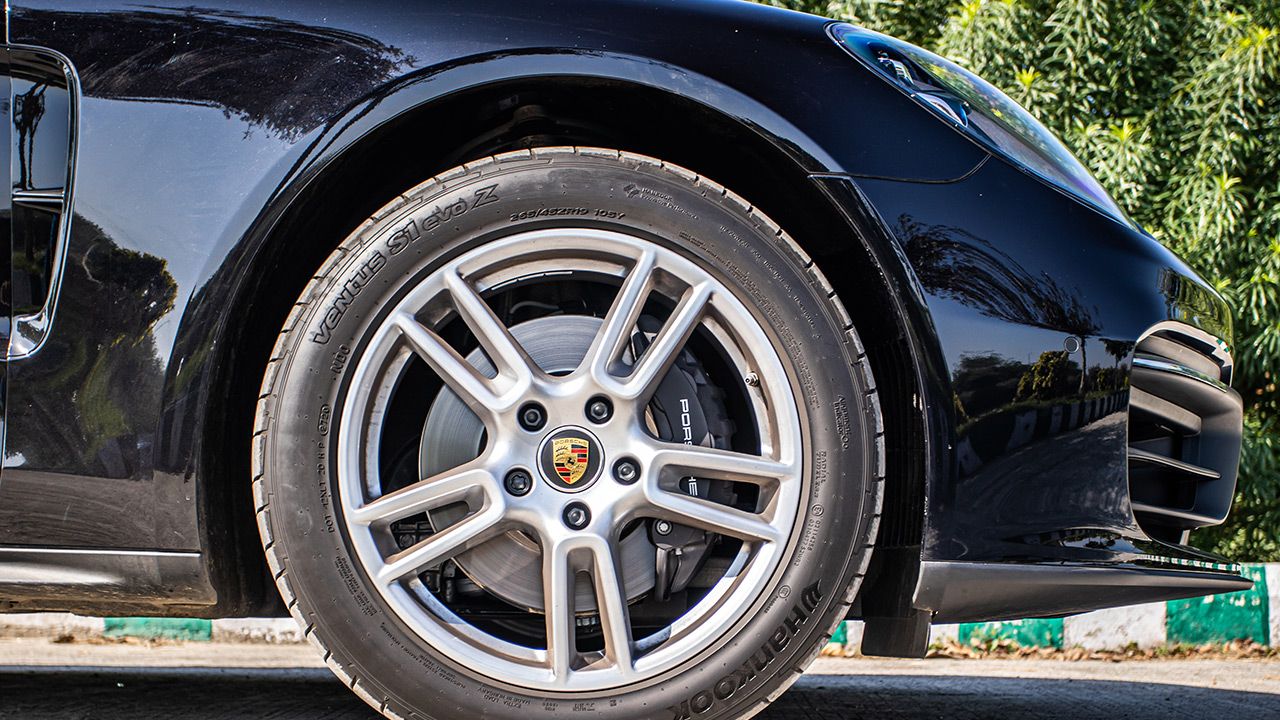 The 2021 version is basically the second-gen Panamera with a mid-life update. Not much has changed on the outside, but the previously optional ‘Sport Design’ front end is now standard in all models. This means larger intake grilles, a single-bar light module at the front and bigger side cooling vents. At the back, there’s a light strip that runs through the width of the car, giving it a 911-like stance.

The V6 or base version that we tested comes with 19-inch wheels as standard, which look a little simple in my opinion. You can, however, opt for bigger 20- or 21-inch wheels. While the Panamera won’t make you go ‘wow’ at first sight, especially this entry-level V6 version, it has a unique and purposeful stance of a 911, something that won’t go unnoticed or out of fashion, any time soon. 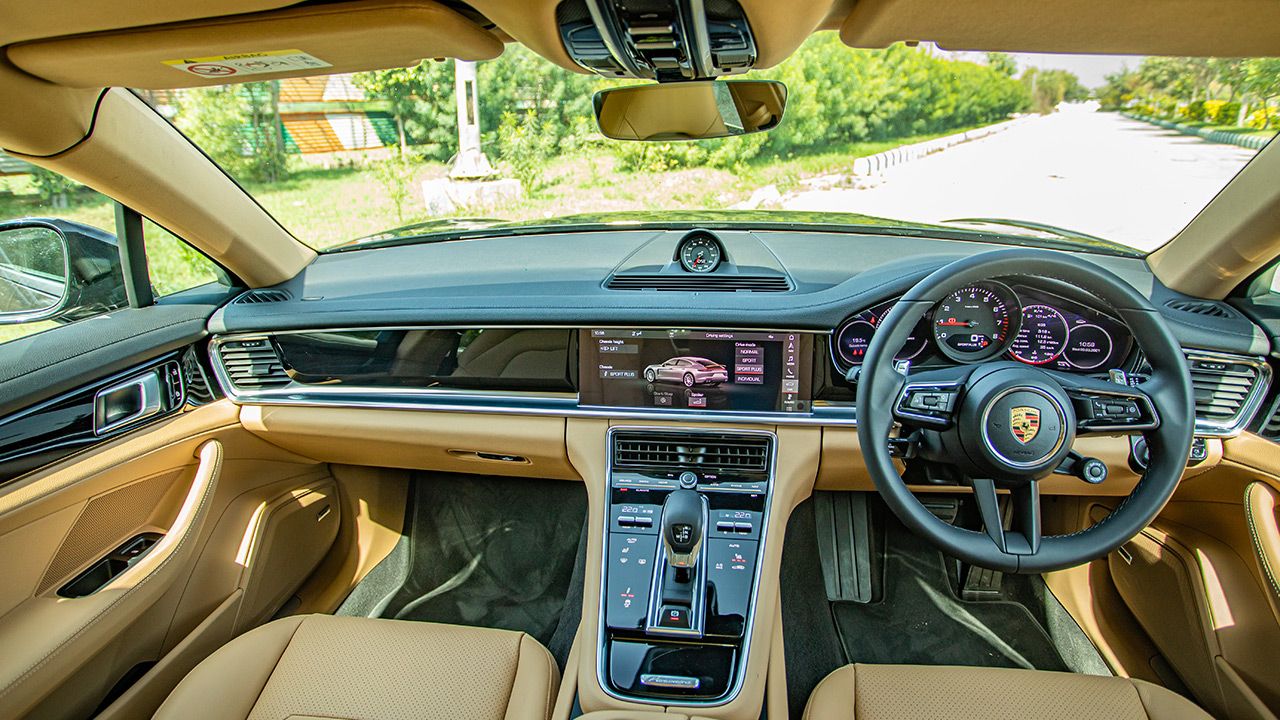 Inside, not much has changed either. It has a fairly well-equipped cabin for a base version. The cabin’s quality and fit and finish are top-notch, with unmatched attention to detail. As standard, there’s a 12.3-inch touchscreen display with wireless Apple CarPlay, 4 individual seats, 8-way electrically adjustable front seats, a Bose surround-sound system, and so much more. The centre console features a touch panel for all the settings, and while it takes time to get the hang of it, every single click has a very tactile and rich feel to it. And if you want to customise your Panamera, the sky is the limit, as there are a million optional extras to choose from.

Even though everyone would want to be behind the wheel all the time, the rear seats aren’t bad either – in fact, they are very comfortable. Both seats come with power controls, including a recliner, and there’s a big tab for media, navigation, and temperature controls, amongst others. It feels as good in here as a BMW 7 Series or Audi A8. Impressive!

A good base
This entry-level Panamera is powered by the same 2.9-litre V6 biturbo as earlier. With 326bhp and 450Nm, it may not have groundbreaking performance, but it does cover ground quite briskly when you’re at it. It takes just 5.6 seconds for the 0 – 100km/h sprint, which is remarkable for a car that tips the scales at nearly 1,900kg. Although the engine doesn’t offer a sudden burst of torque, there’s a very strong surge of power as you go up the rev range. The refinement levels here are exemplary and with its lightning-quick and seamless shifts, the 8-speed PDK leaves no room for any complaint either. 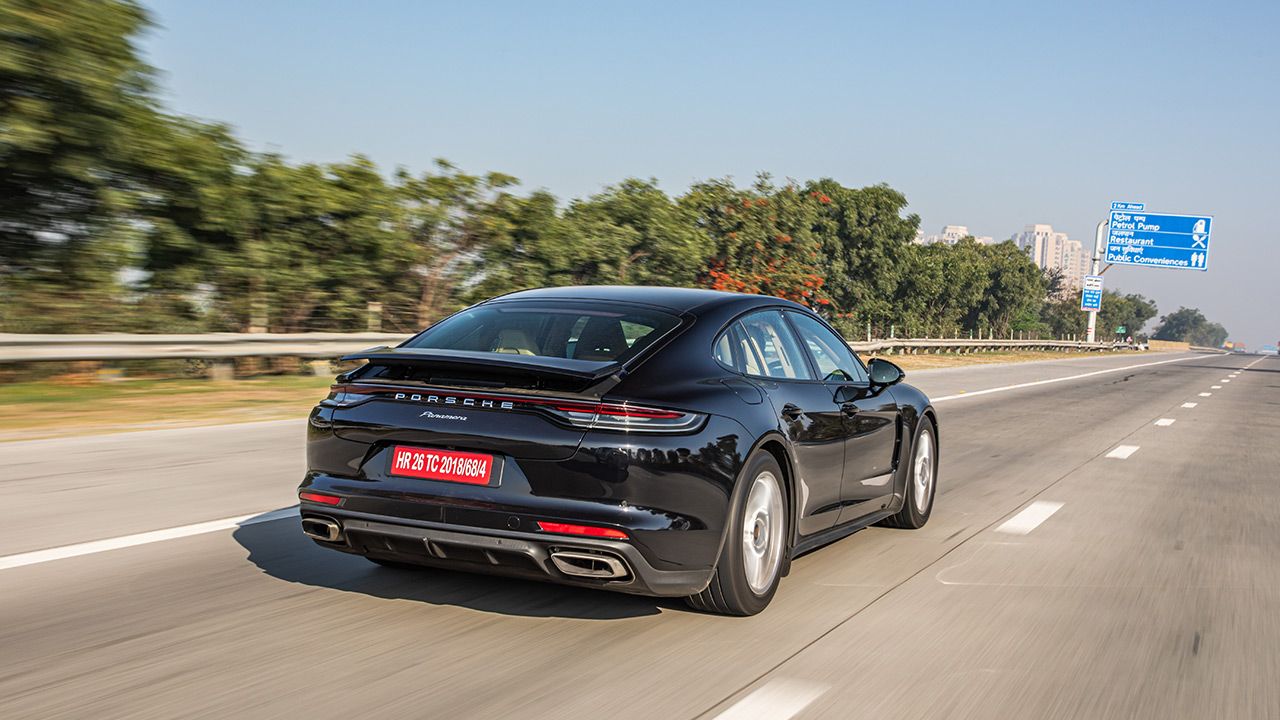 There are four driving modes – Normal, Sport, Sport Plus, and Individual – which can be changed using a 911-like rotary control on the steering wheel. In Sport and Sport Plus, there’s a remarkable difference – the response from the steering, throttle, and gearbox becomes markedly sharper. In fact, the downshifts become quite violent, showing the Panamera’s true colours.

What’s more, the base version comes standard with air suspension. While the ride quality is utterly comfortable and quiet in Normal mode, it gets down to business as soon as you select Sport modes – the air springs drop the ride height, the damping becomes firm, and the Panamera hugs the road like a 911. This switch in personality is what impressed me the most – the Panamera goes from being a comfortable GT to a hunkered-down no-compromise sports car in no time. Not only that, for a car that’s longer than a politician’s speech, the Panamera’s handling is monumental. The steering drips with feel, and the front-end is dagger-sharp. Also, it masks its weight and length beautifully – it’s just so involving to drive. 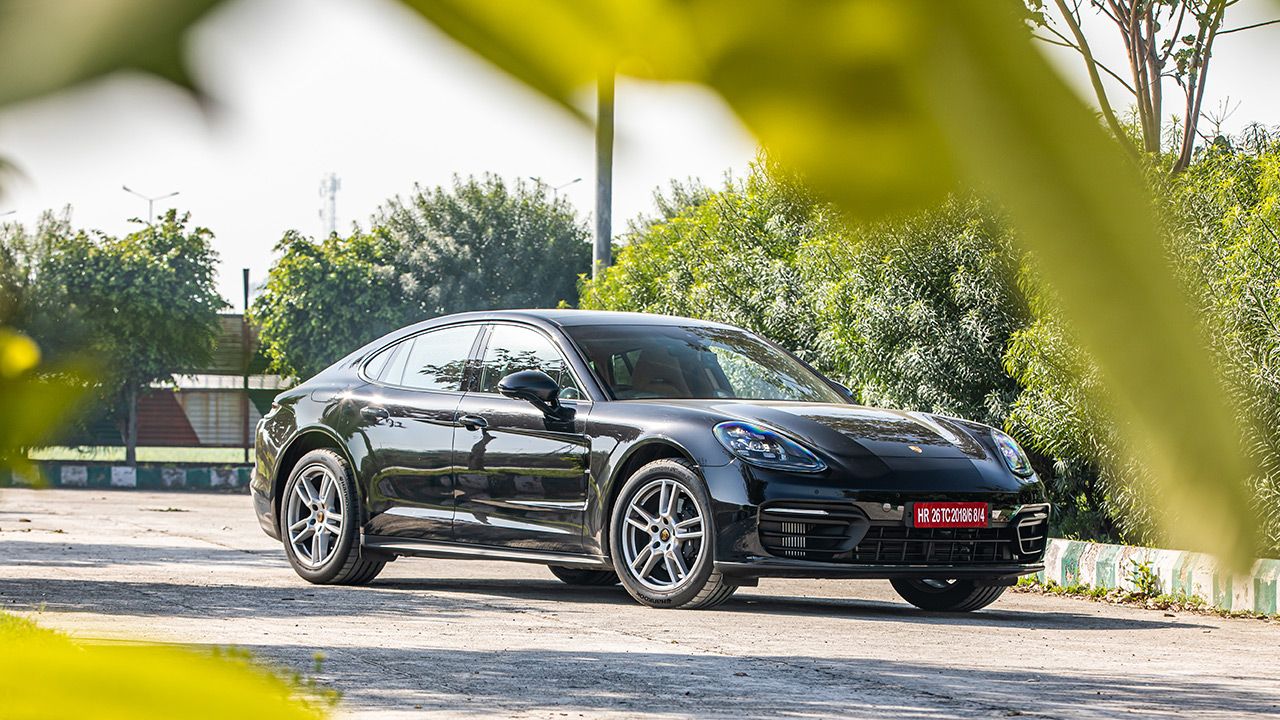 Verdict
The Panamera V6 may not be a brute force like its Turbo counterparts, but nevertheless, it’s a force to reckon with. It delivers the goods of a Porsche sports car without compromising on comfort, space, or luxury. As an everyday non-SUV sports car for a family man, there’s nothing that comes remotely close to the Panamera’s level of driver involvement or thrills. Oh no, wait... the Audi RS7 and Mercedes-AMG GT 4-door Coupé come pretty close actually. Although I’m not sure if many purists dream of owning an Audi or Merc in the same way they crave a Porsche.

X-Factor: The ultimate everyday sportscar for a Porsche purist, period. 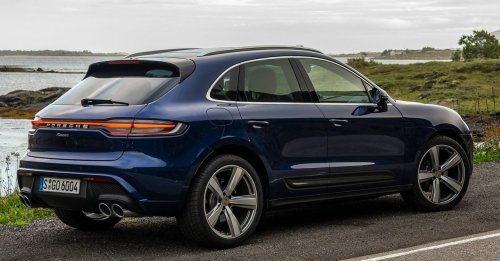 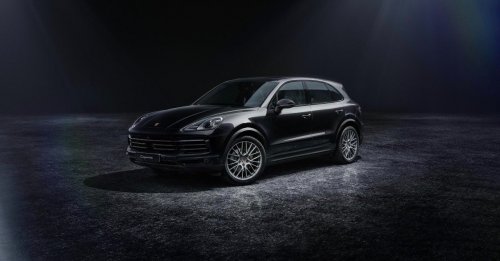 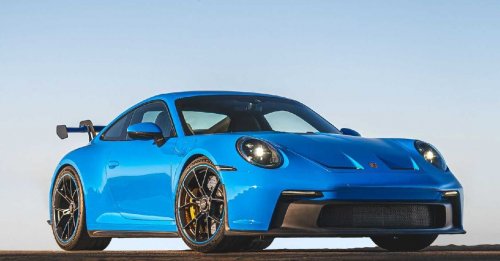 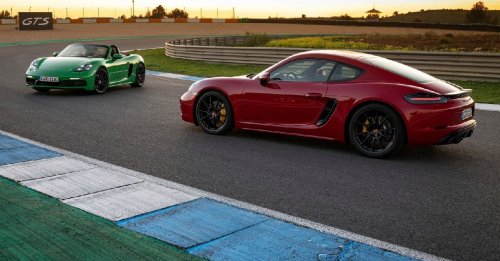 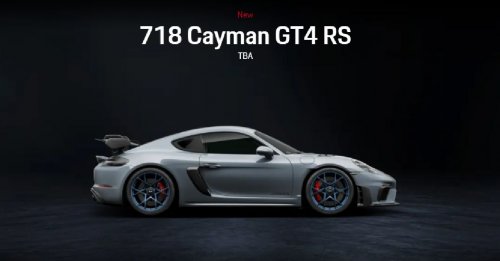 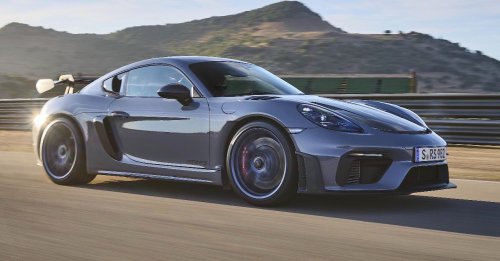