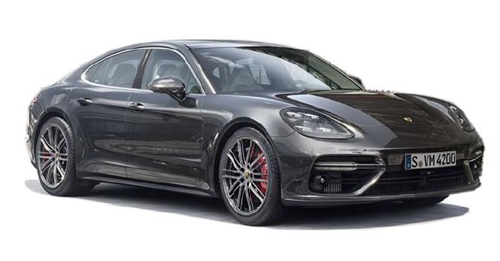 Porsche is renowned for making one of the best sports cars on the planet, with its engine at the rear; however, with the Panamera, the brand has taken things up a notch and given it four doors, four seats and a solidly built interior, typical of the Germans. Also, the Panamera is not Porsche's first four door car; there was a four-seater car based on the 356 in the 1950s. Apart from a host of features, the Panamera comes with a twin-turbo charged V8 under the bonnet, mated to an 8-speed PDK transmission.

The Porsche Panamera new model looks a whole lot nicer than the car it replaces; it looks far more proportionate. At the front, it features a bonnet with two sharp creases on it. The LED headlamps incorporate four-point LED DRLs. And right below them lie bar lamps that are used as turn signal indicators. Viewed from the side, the roofline slopes like a 911's, giving it the look of a coupe. There are also cooling air vents on the front fenders. At the rear, it gets a retractable spoiler and a sloping tail with LED tail lamps linked with an LED strip in the middle.

Inside the cabin, you'll notice how well put together it is: quintessentially German with a lot of curved design elements around. The portion around the gear lever isn't cluttered with buttons; there's a pressure-sensitive touch panel that works rather well. Then there is the 12.3-inch touchscreen that provides a lot of information. All functions can be accessed via the buttons on the touch panel. The instrument cluster boasts of an analogue tachometer, along with two 7-inch displays that show you the trip data, navigation and speed. The seats at the front and rear are very comfortable, while the rear occupants have access to all kinds of technology – like the adjustable climate control settings and the touchscreen to control the media. Legroom too, is pretty decent, however, not class-leading for the Porsche Panamera on-road price.

The Porsche Panamera is powered by a 4.0-litre, twin-turbo V8 that produces 542bhp and 770Nm of torque, and is paired to an 8-speed PDK gearbox. The Panamera pulls instantly, and power delivery is linear. And the transmission responds well and offers quick shifts. With the optional Sports Exhaust system, the engine sounds really good. It comes with four drive modes: Normal, Sport, Sport Plus and Individual. Thanks to the adaptive air suspension, the Panamera has three ride heights: low, medium and high. In Normal model, the suspension is a bit on the stiff side, but it soaks in the bumps well. It has all-wheel-drive and the optional rear-axle steering; it simply stays planted around corners. However, mention must be made of the Sport Response button on the steering, which gives the best performance the Panamera can offer.

The Porsche Panamera's ARAI-certified fuel efficiency figure is rated at 10.75kpl for all the variants.

Four variants of the 2020 Panamera have been listed on the Porsche India website – Base, GTS, Turbo and the Turbo S E-Hybrid. The face-lifted Panamera gets mild cosmetic changes on the outside,....

Porsche has pulled the wraps off the 2021 Panamera range and you too, like us, would be a little confused when you see the images for the first time. Well, that's because, at first glance, the....

The Porsche Panamera has completed a decade in the Indian market and to commemorate the occasion the company has launched a special edition of the fastback, dubbed the Panamera 4 10 Years.... 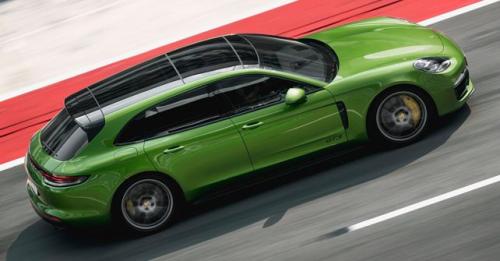 With more grunt, more style, and more equipment, the GTS versions bridge the gap between the entry-level S and top-end Turbo variants. Porsche has enthused the new Panamera and Panemera Sport....

What is the current on-road price of Porsche Panamera?

Currently, the Porsche Panamera is priced at Rs. 1.49 Crore for the base 4 trim.

What is the price of the top variant of Porsche Panamera?

Which year did Porsche introduce the Panamera in India?

The Porsche Panamera, in its current form, was introduced in 2017 .

What are the top competitors of Porsche Panamera?

The Porsche Panamera goes up against the Porsche 911 and BMW M5 in the Indian market.

Porsche Panamera Price in Nearby Cities