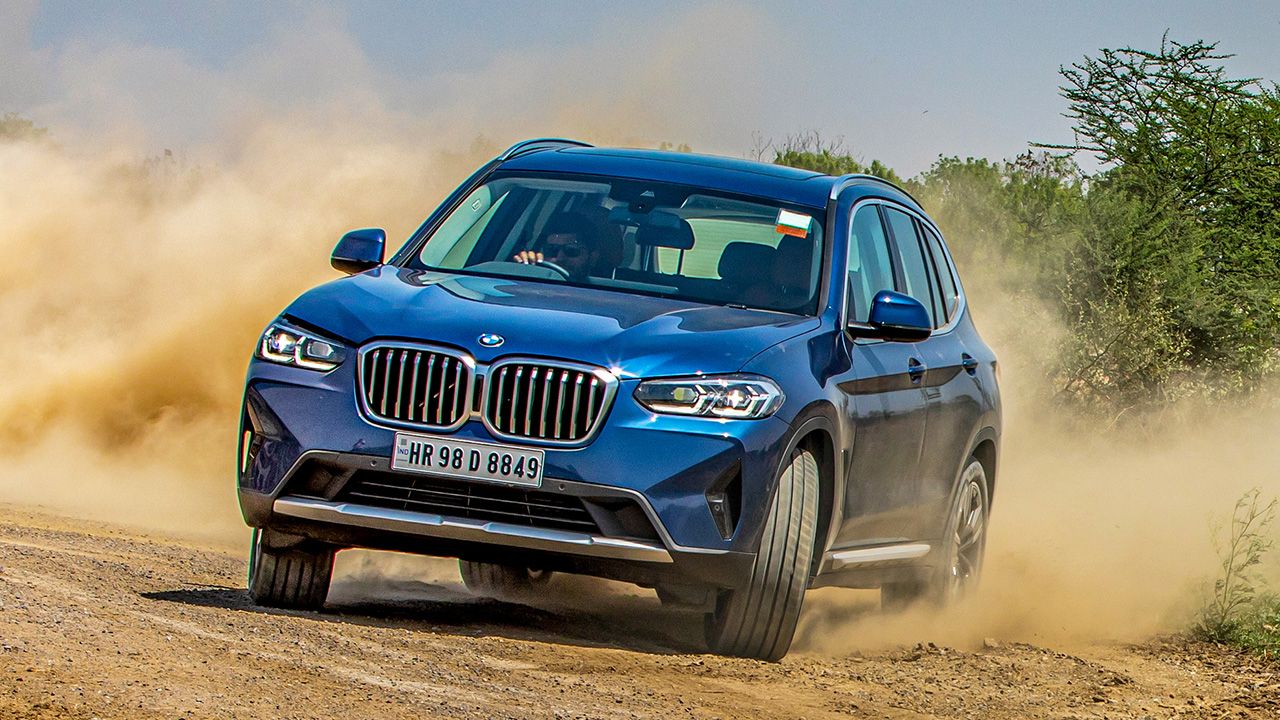 Should you buy a big and brawny diesel SUV in the current age of cleaner and greener automobiles? We take the 2022 BMW X3 xDrive20d for a spin to find out.

Not too long ago, SUVs and diesel engines used to go together like gin and tonic, especially in the high-end luxury segment. Not anymore, though. The aforementioned combo is now seen as a work of the devil, and the upshot of this is that diesel engines are being phased out from vehicles of all shapes and sizes.

While the diesel engine’s future is bleak, it isn’t completely dead yet. Take, for instance, the new 2022 BMW X3. Even in its latest avatar, it’s soldiering on with a diesel engine (although a petrol engine is available, too). So, if you can’t have your SUV without diesel, it’s one of the very few options right now. But the tricky part to answer is, should you really? 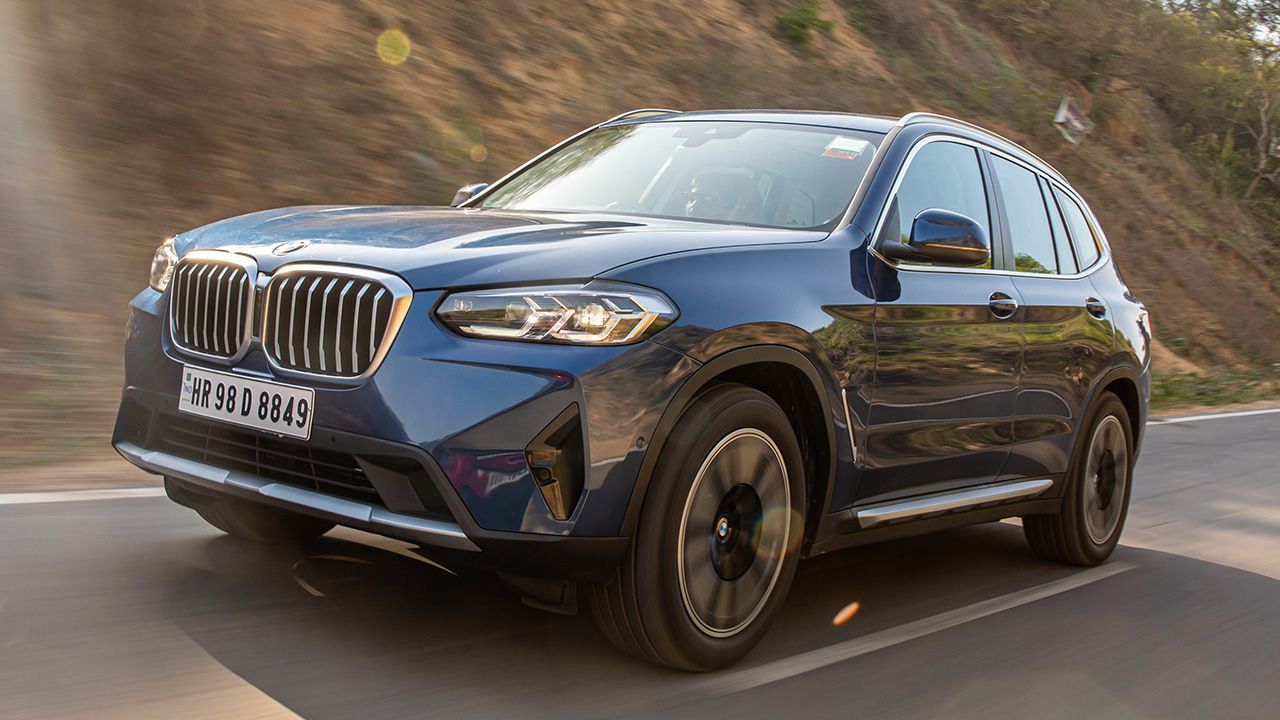 Calling the 2022 X3 a facelift is a bit of a stretch because just like all new BMWs these days, it’s more of a nose job. You’ll notice that the front end is now dominated by a pair of flared nostrils, which are in keeping with the company’s current design language. The LED headlamps look sharp and now come with 5-Series-like J-pattern daytime LEDs. The side profile is more or less unchanged, except for new dual-tone turbine-shaped 20-inch alloy wheels. The rear end of the X3 seems a bit more aggressive, courtesy of its new LED taillamps, which seem to come directly from a local aftermarket tuning shop. I like them, but some of my team members didn’t.

Whether you like the new brash look of the X3 or not is something that you’ll have to decide. But, personally, I find it to be a little too loud. That said, I do feel that the updates have given the X3 its own unique identity – it’s got some attitude and a distinctive aura now.

Inside, the X3 is a lovely place to be. It’s got a walnut brown and beige interior, coupled with sumptuous and super comfortable seats – in short, it’s everything you want in a mid-size luxury SUV. The quality and fit and finish levels are top-notch, as you’d expect. The dashboard layout is familiar – the new 12.3-inch touchscreen and 12.3-inch digital driver display are similar to the 3 Series, and so are other bits such as the steering wheel, gear selector, climate control buttons, and the iDrive rotary controller on the centre console. The screens are high resolution, and they work a treat. Plus, BMW’s iDrive OS is easy and intuitive to operate. You get wireless Apple CarPlay and Android Auto, and there’s a Harman Kardon sound system fitted as standard. A 360-degree camera, however, is surprisingly missing. 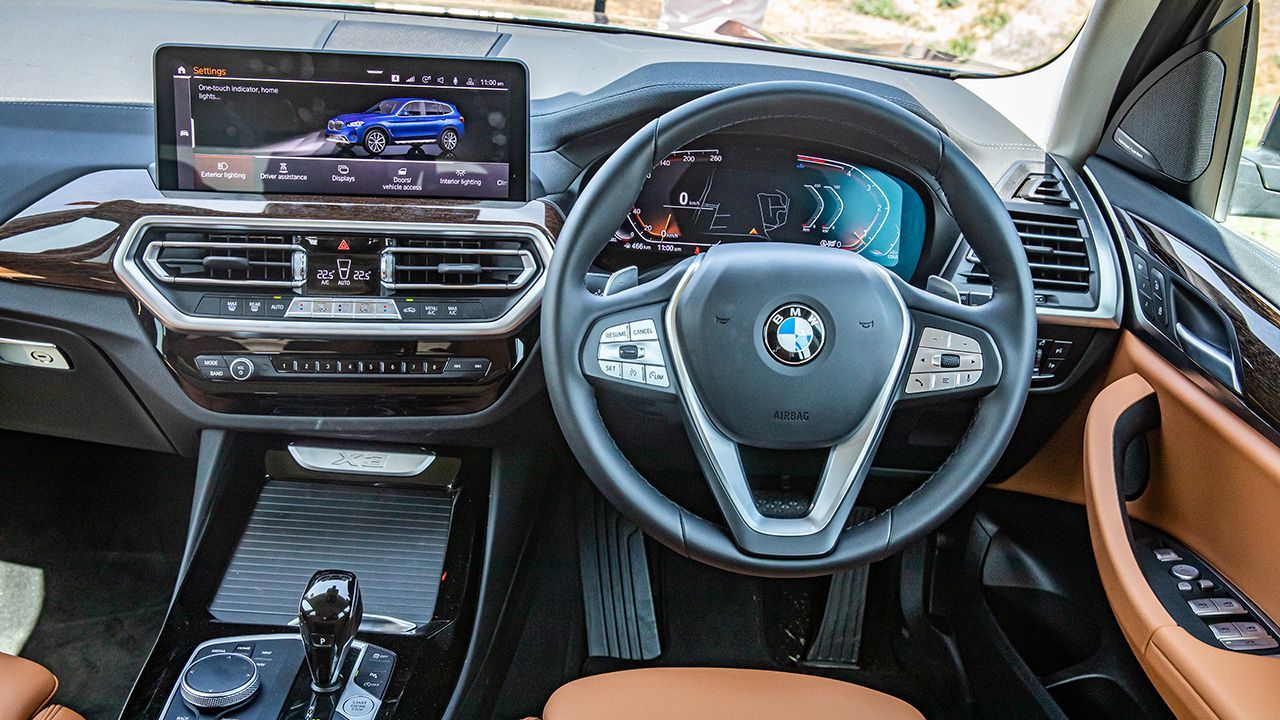 For back-seat passengers, the space is kind of tight, especially considering that it’s a luxury SUV that costs nearly ₹70 lakh. The knee room is just about adequate, but there isn’t enough under-thigh support, owing to a small seat squab. A prominent transmission tunnel also means that the middle passenger won’t share the comfort of others in the car, especially on a long drive.

The 20d in the diesel X3 refers to the fact there’s a 2.0-litre power plant working under the bonnet. It’s a familiar unit – the same one that does duty in the 3 Series diesel. The engine is good for 188bhp and 400Nm and comes mated to an eight-speed torque-converter automatic. 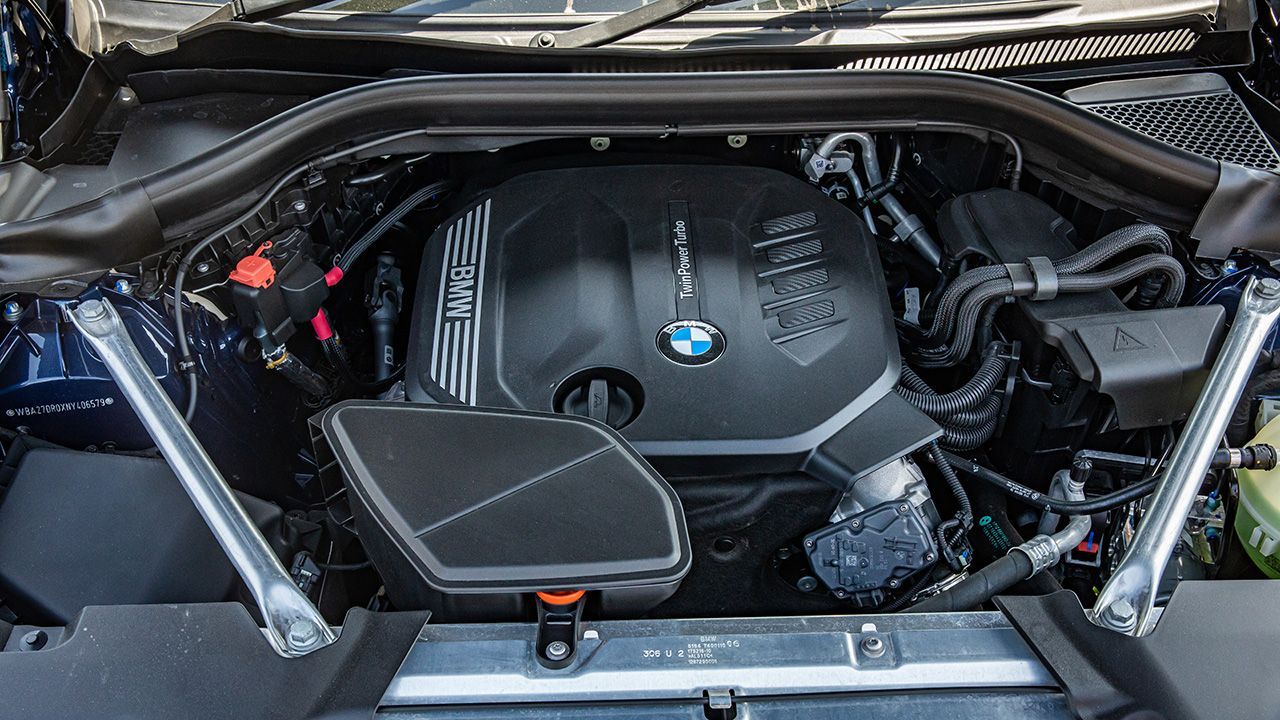 Crank the engine, and it comes to life without making you realise that it’s diesel-powered. It’s supremely refined at idle, and the cabin insulation is impressive. On the move, though, especially during spirited driving, it does get a bit noisy post 3,000rpm. In terms of performance, it’s just about adequate too. There’s a strong kick at low rpms once the turbo spools, but there’s no real surge as the revs climb. Instead, the power delivery is sort of flat and, dare I say, unexciting. It doesn’t quite have the grunt you’d want and expect from a diesel engine. In a 3 Series, this engine feels quick, but in the much heavier X3, it doesn’t feel as perfect. And it becomes apparent in the way it accelerates. While the 320d clocks 0 –100km/h in 6.8 seconds, the X3 xDrive20d is more than a second slower at 7.9 seconds.

The automatic transmission works flawlessly, with its seamless and timely shifts. You also get paddle shifters, in case you like taking over the control in manual mode. The xDrive all-wheel drive is standard fit and rear-biased, as it should be in a BMW.

The biggest change on the updated X3, however, comes in the ride-and-handling department. The ride quality is brilliant and doesn’t feel jarring at low speeds over broken roads. It feels more mature and more X5-like, which is a great thing. Adaptive dampers are standard, which means that you can switch between Comfort and Sport modes. However, irrespective of the mode, the X3 errs on the side of comfort. 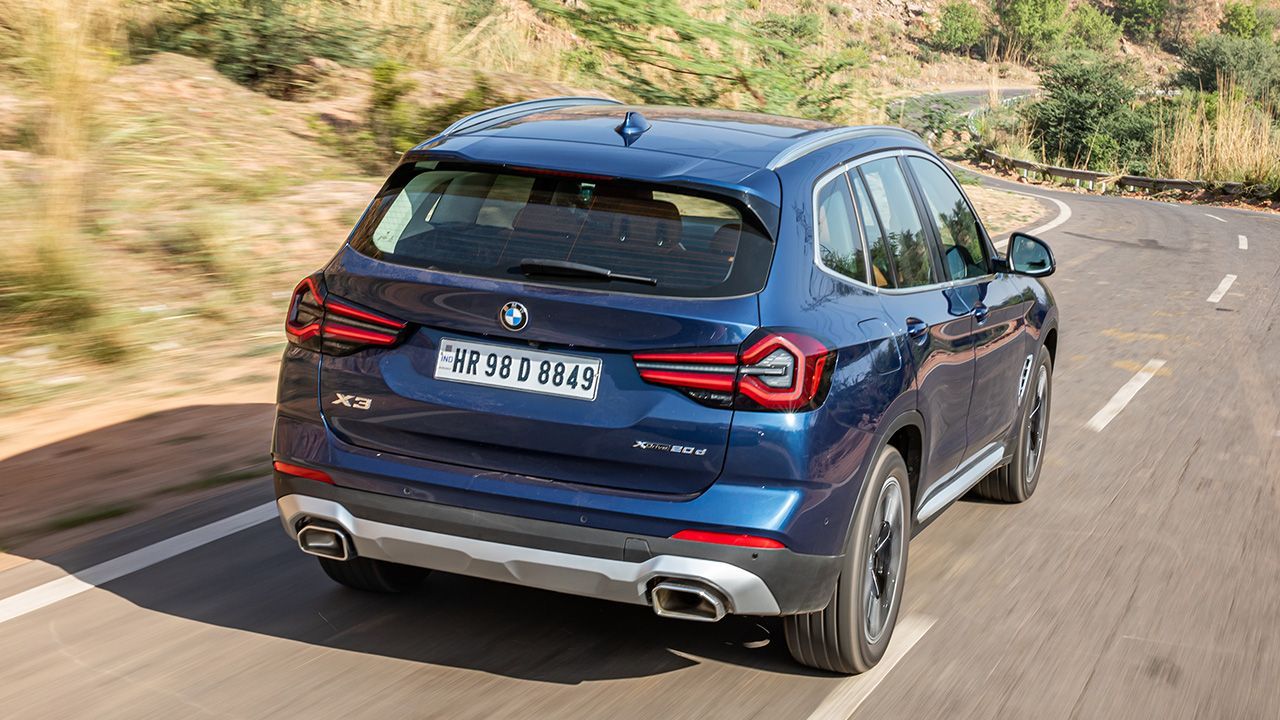 That said, the X3 still handles like a BMW despite its body type and a soft suspension setup. Body roll becomes prominent once you start hustling it around your favourite set of corners; however, it never loses grip and always remains predictable – you don’t ever feel that you’re not in control. The steering could do with a little more feel though. Overall, the X3 is undoubtedly a more accomplished product than before.

The 2022 updates have made the X3 better, brawnier, and more comfortable than before. And the fact that there aren’t many other diesel offerings in its segment makes things for the X3 xDrive20d a tad easier. So, if you’re looking for comfort in an SUV that you’d like to take the wheel of occasionally, rather than being chauffeured around all the time, the X3 makes a compelling case for itself. That said, I can’t help but feel that BMW’s bigger and more powerful 3.0-litre six-cylinder diesel engine would have been a better fit and a perfect send-off for hearty diesel engines in SUVs like the X3.

X-Factor: More aggression, better levels of luxury and comfort, and balanced dynamics make the updated X3 a more rounded product than before.