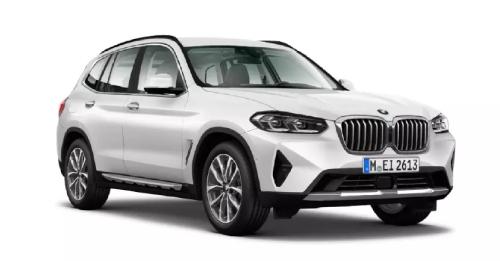 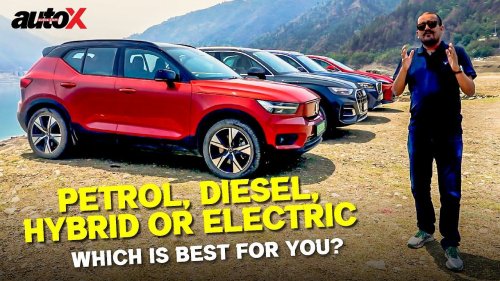 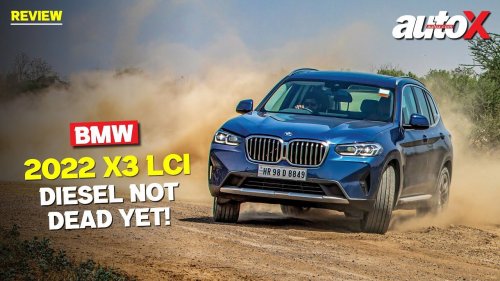 The BMW X3, an offering from the Bavarian brand's quintessential sporty SUV lineup, has received a facelift in India. While the X3's updates are minor, they come together to make the X3 a compelling refreshed package for 2022. Currently, the X3 gets only a sole petrol unit, albeit in a BMW's fun-to-drive state of tune. The X3 gets two variants in India, M Sport and the SportX variant. Read on for more information on the new BMW X3.

The dimensions of the BMW X3 continue to be the same which are 4708mm in length, 1891mm in width and 1676mm in height. The boot space is the same as well, at 550 litres. The BMW X3 has received a refreshed front and rear fascia. On the front end, it gets a new kidney grille, slightly larger and in brushed metal finish. Other updates here include a new adaptive headlight design with DRLs similar to what's found on the new 5 series. The front bumper has received an update as well, while the M Sport variant gets contrasting blacked-out air dams, adding to its sportiness. On the side, while the X3 gets 19-inch rims, pre-booked X3s get 20-inch low profile ones. Updates to the rear end include new taillights, and a new bumper, while the M Sport bumper is slightly different with an aggressive-looking diffuser as well.

The BMW X3's interior has received a few updates as well. The centre console is most affected with a new 12.35-inch touchscreen and revised controls. The cockpits' instrument cluster gets new graphics and the outgoing top model's 10.25-inch touchscreen infotainment system is now available on incoming lower variants. The interior also gets new sports seats and upholstery.

The BMW X3's engine specifications continue to be the same. While the sports SUV gets cosmetics updates, the drive train hasn't received any changes. Both variants are available in BMW's xDrive30i guise, putting down 252PS at 5200rpm and 350Nm of torque from 1480 to 4500rpms. The SUV gets an xDrive AWD system and an eight-speed torque converter gearbox. The BMW X3 as of now gets only a petrol unit.

Features in the BMW X3 include a new 12.3-inch display. This new display replaces the older 10.25-inch infotainment system on the dash, in the top M Sport variant, while the 10.25-inch screen continues in the SportX variant. The infotainment system comes complete with gesture control and wireless Android Auto and Apple CarPlay. An additional option is wireless charging. Other features in the BMW X3 include a 16-speaker Harman Kardon sound system. The BMW X3's M Sport variant gets a three-spoke steering wheel with M badging, a panoramic sunroof, a 360-degree camera, adaptive suspension and even launch control to name a few.

The BMW X3 on sale in India is available in two variants. The BMW X3 xDrive30i SportX Plus variant is priced starting at ₹59.90 lakhs (Ex-Showroom), while the BMW X3 xDrive30i M Sport is priced starting at ₹65.90 lakhs (Ex-Showroom). The BMW X3 gets six colour schemes - Carbon Black, Brooklyn Grey, Mineral White, Phytonic Blue, Sophisto Grey Brilliant Effect and Black Sapphire. For more information on the new BMW X3 in India, such as its on-road price in India and more, check out autoX's price section. 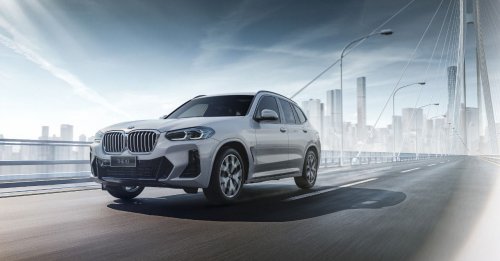 The 2022 BMW X3 which was launched last month now gets a diesel motor. The diesel variant will be offered in one trim level only, but we suspect, more powerful variants will follow....

The rival to the Mercedes-Benz GLC, Audi Q5 and Volvo XC60 is here. The BMW X3 facelift packs an impressive amount of bells and whistles but will be available in the petrol guise only, for....

The mid-size premium SUV segment will see a new contender! BMW India will officially announce the prices of the 2022 X3 on January 20, the pre-bookings for which have commenced....

If you pre-book the upcoming 2022 X3, BMW will give you the ‘M’ light-weight alloy wheels worth Rs 2 lakh, free of cost with your purchase of the new SUV. For more details, read the....

What is the current on-road price of BMW X3?

Currently, the BMW X3 is priced at Rs. 61.9 Lakh for the base xDrive30i SportX Plus trim.

What is the price of the top variant of BMW X3?

Which year did BMW introduce the X3 in India?

What are the top competitors of BMW X3?

The BMW X3 goes up against the Land Rover Range Rover Evoque and Land Rover Discovery Sport in the Indian market.

BMW X3 Price in Nearby Cities