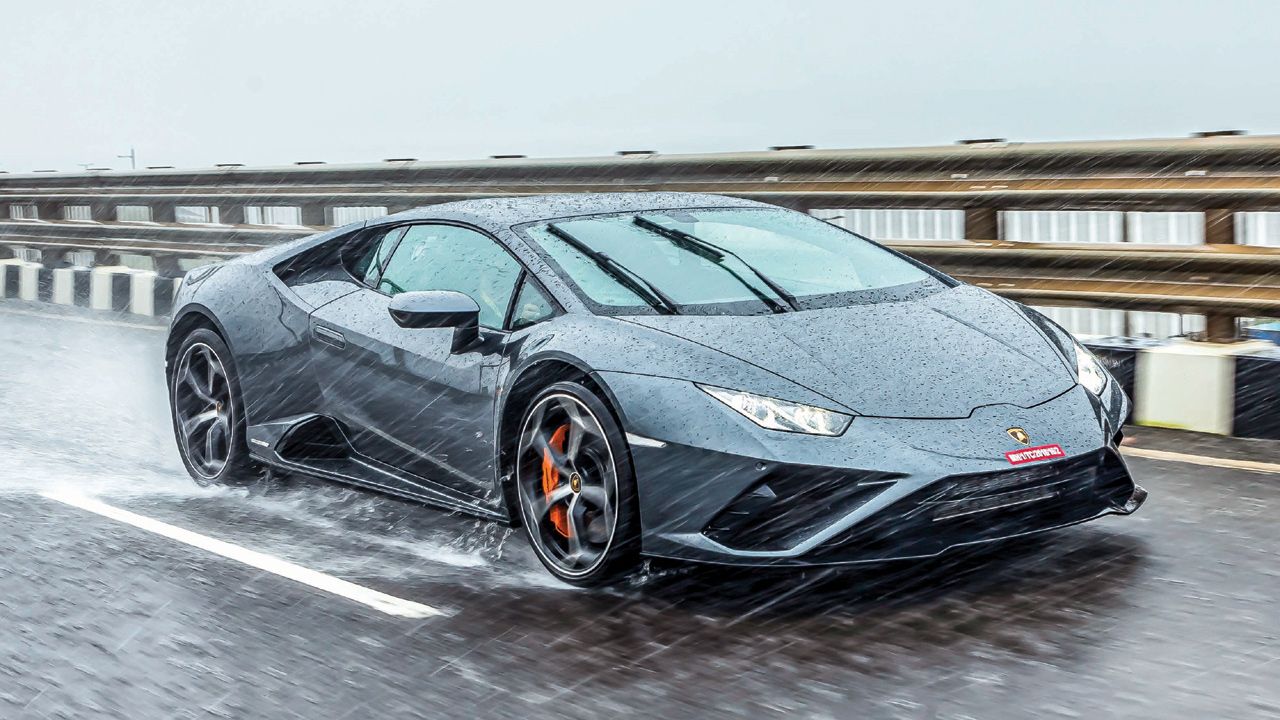 Maximum attack in Maximum City, or an act of daring on the streets of the most congested city in the country – what is it really like driving a Lambo in Mumbai?

Sharks are perhaps the most ruthless killers of the ocean, and yet there is something elegant about them. They are evolution’s ultimate predators and, undoubtedly, one of the most fascinating and amazing creatures to have lived and survived on the planet. The Lamborghini Huracan is no different, except that it’s was designed by humans, and is a killer in terms of its look and performance. And, interestingly, the design of this wonderful supercar is inspired by the head of a shark.

When we drove the Huracan Evo last year at the BIC, we were incredibly impressed by every aspect of this wonderful machine. Its performance… well, let’s just say that it was out of this world! No wonder, then, that it won our ‘Performance Car of the Year Award’ for 2019.

This year, in January, Lamborghini decided to bring the rear-wheel-drive variant of the Huracan Evo to India. The Huracan Evo RWD is now the 'most affordable' Huracan in the line-up available, for it’s a cool 5 million Rupees cheaper than the all-wheel-drive variant. Not that it’s cheap by any stretch of the imagination – it’ll still set you back a whopping ₹3.2 crores. 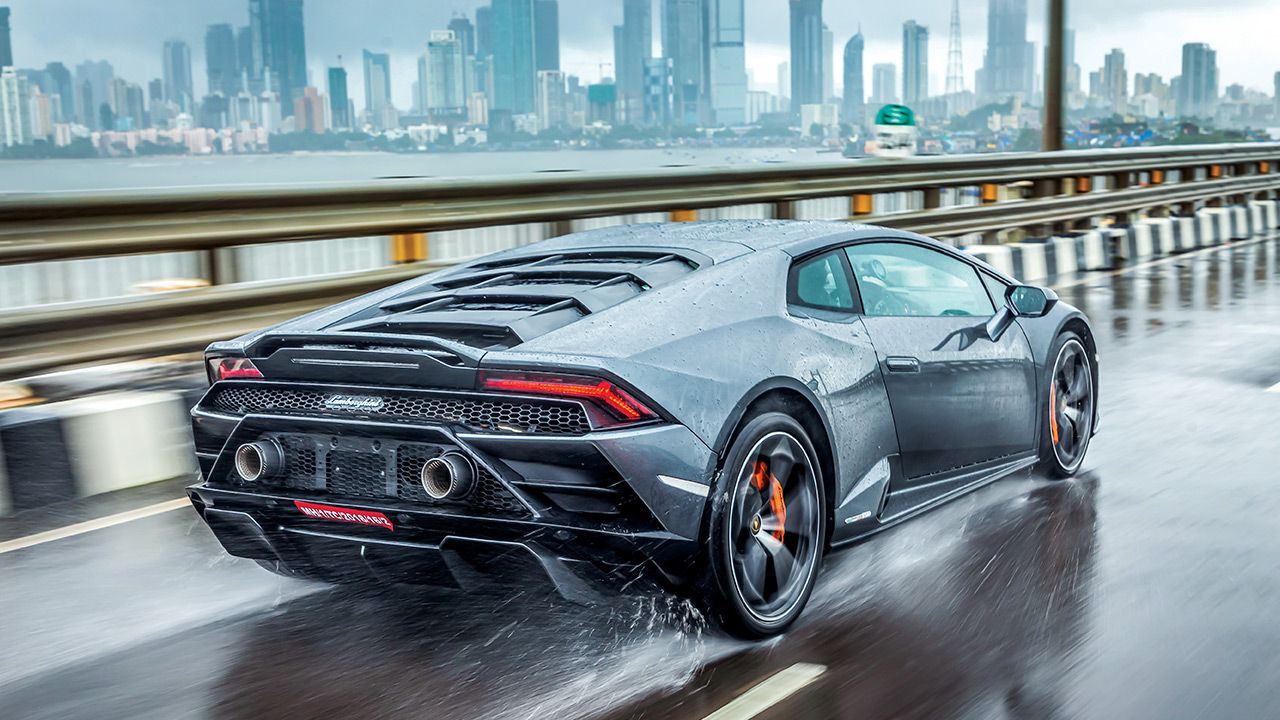 In the Shark Tank

Recently, we got an opportunity to drive it in a very different setting from the BIC – the crowded and unruly streets of Mumbai.

Now, the Huracan RWD’s design is slightly different when compared with the standard model. The front fascia has been tweaked a bit. Now it gets larger intakes, a new front splitter, and a new diffuser at the rear. All of this serves to glue this Italian supercar to the road even more aggressively than before.

Inside, it gets an 8.4-inch infotainment system, hip-hugging seats, and, of course, that beautiful sporty steering wheel. You truly feel like you are sitting in a proper cockpit.

The engine-start switch is underneath a red latch, which you lift – jet fighter-style – before firing up the engine. And when you do press this button, you summon the neighs of 600 horses. Just starting the engine will titillate your senses. The 5.2-litre naturally aspirated V10 engine has a slightly lower power output to make the car more manageable in RWD spec. Now, we really couldn’t push the car to its full potential, as we only drove it within the city, but, nonetheless, every minute that we spent in the car was a cornucopia of pleasure, excitement, anticipation, and pure awesomeness – something that can be said about any Lamborghini. 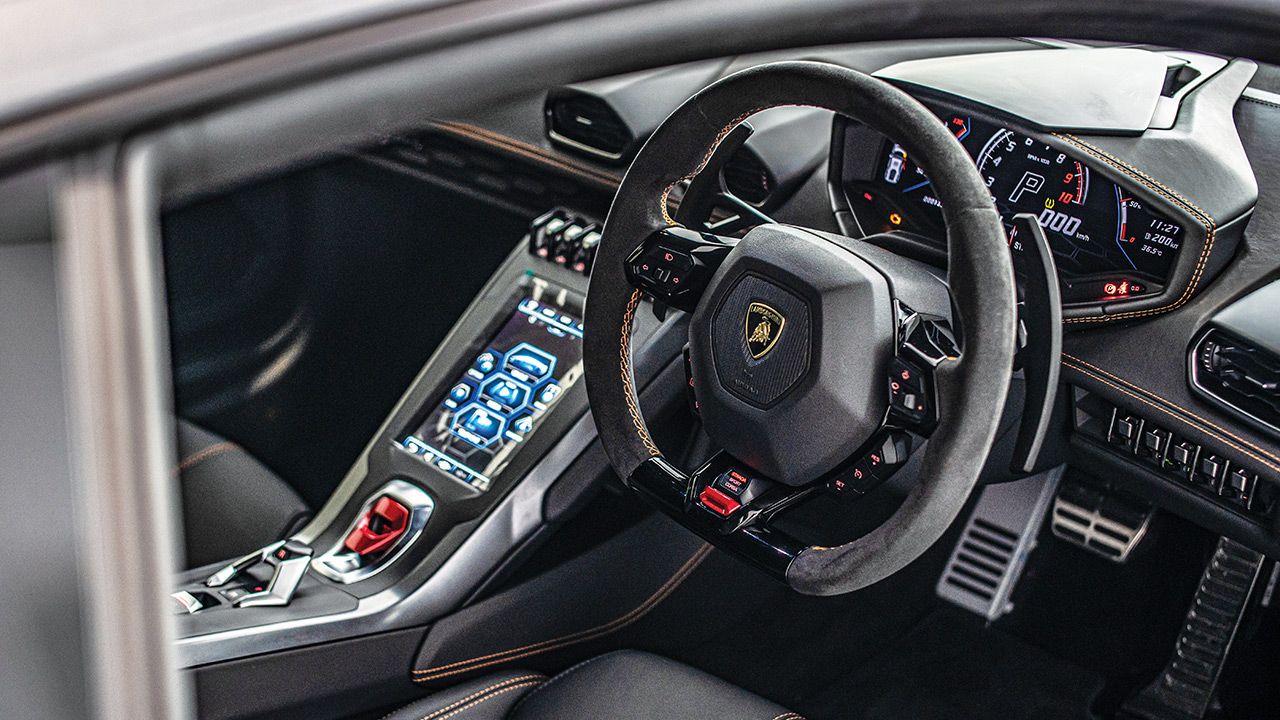 While driving in the city, given its extremely stiff suspension setup, we could feel every contour of the road. The car literally shook and bumped over even the smallest pebble, however, it was surprisingly manageable – even in the crowded streets of the city. What surprised us, even more, was that the cabin actually felt quite comfortable – even when driving at very low speeds. Don’t get me wrong, my trusty Honda Jazz feels much more comfortable than this. I simply mean to say that the baby Lambo isn’t bad at all. The car’s front can also be lifted slightly, which is good for speed breakers – a major requirement on Indian roads.

We were driving in Strada mode, but as soon as we hit the Sea Link and put the car in Corsa mode, the suspension buckled down, the steering stiffened, and the exhaust note became even more prominent. I got just a little taste of the explosive power of this vehicle – which can blast forward from 0 to 100km/h in just 3.3 seconds.

As expected, the sporty transmission was on point and delivered precise gearshifts. The car also gets a new power-traction control unit to ensure that all the power sent to the rear wheels doesn’t cause unwanted wheelspin. 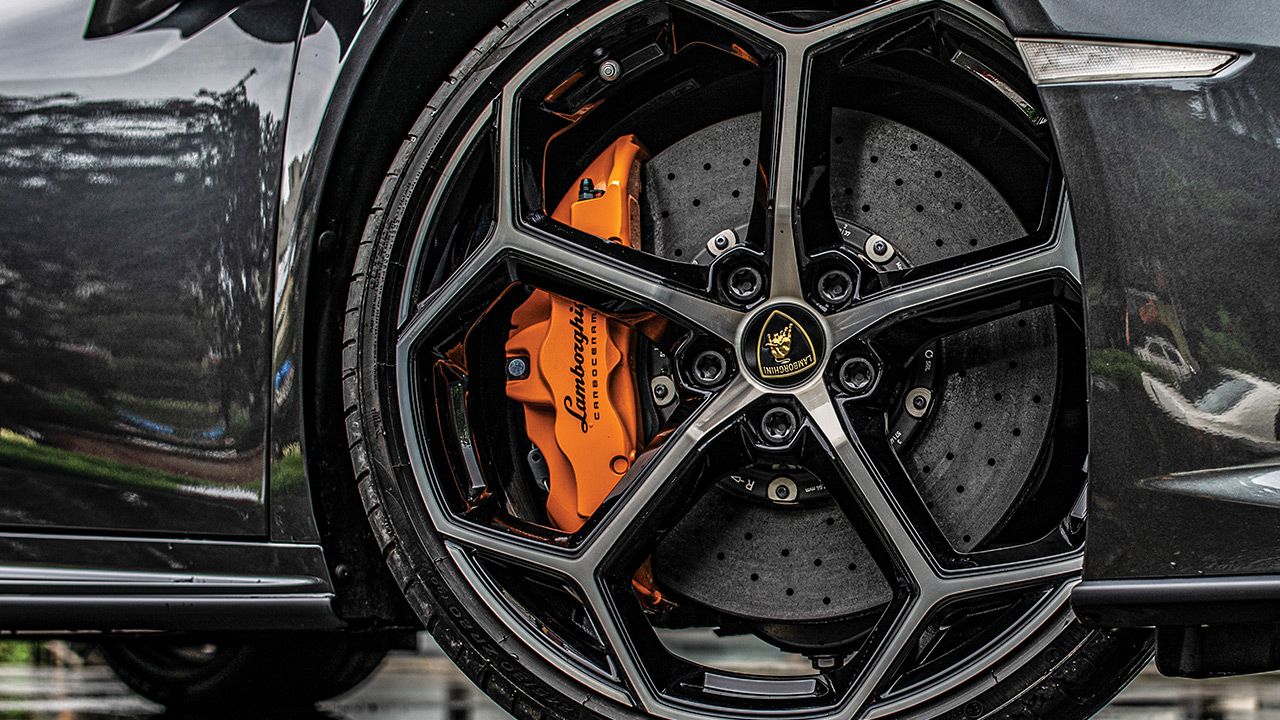 Incidentally, a torrential downpour caught us during the drive, but the car still maintained composure under hard acceleration on a drenched road. 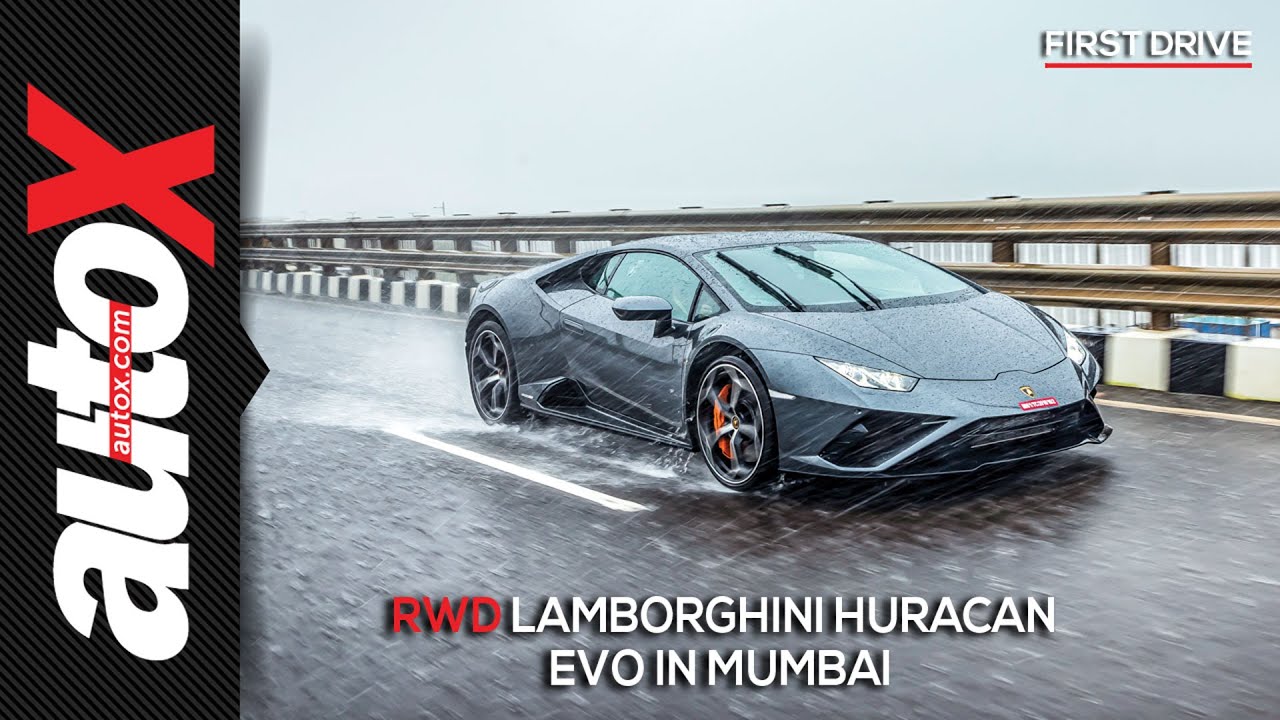 There isn’t much more we can really say about the car’s performance, for we didn’t have the chance to get anywhere near the limits of its potential. However, what we can say is that the Lamborghini is a beguiling seductress. Everything about it captures your attention – from the design and cabin to the engine and driving experience. Every second in the car is an exercise towards the gratification of your senses. It may not be built for bumper-to-bumper traffic, but even in this setting, it offers a proper Lamborghini experience.

X-factor: Thrilling performance for everyone to love, while the purists will love it even more because of RWD.