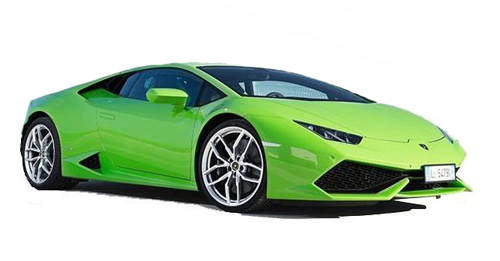 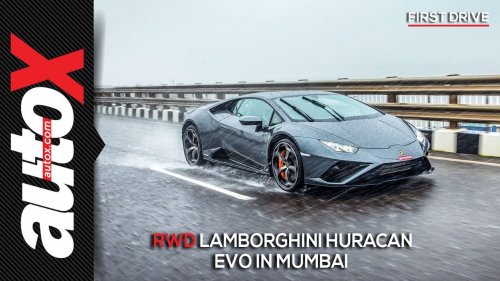 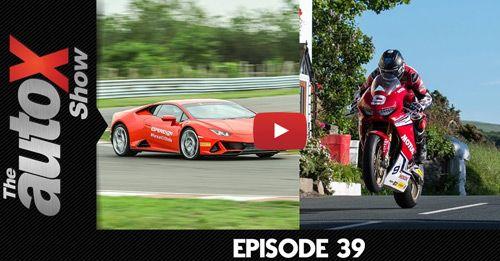 More than 14,000 units of the Gallardo were sold during its life span of 10 years. Its replacement – the Huracan – not only looks the part, but also has the bite to match the bark. It may not look as outlandish as some of the other supercars that have been churned out of Sant'Agata, but it certainly has the appeal to have people interested in it. This two-seater supercar is powered by a mid-mounted, 5.2-litre V10 engine and sends all the power to all four wheels through a 7-speed dual-clutch automatic gearbox; however, there is also a lighter, more hardcore rear-wheel-drive-only version, called the LP580-2. The Volkswagen Group owned supercar maker was extremely cautious in not tampering with the original formula when it was introduced in 2014. And while the Lamborghini Huracan price is enough to tempt someone to sell their house, the introduction of the 2019 Huracan Evo has only made it lighter, faster and meaner to look at.

The Huracan Evo is among the most beautiful supercars in the world. Its wedge-like silhouette cannot be ignored. At the front, it looks aggressive with that full-width lower grille, front splitter and those slim horizontal headlamps. The side profile features wide rear haunches and huge air-inlets above the doors that help channel air into the engine compartment. At the rear, it boasts of slender tail lights and a honeycomb mesh grille. Those two, high-set exhausts poking out of the rear are worth a mention too. Now I only wish the Lamborghini Huracan on-road price was a bit more affordable.

The cockpit of the Lamborghini Huracan new model has been reworked quite a bit. Bang in the middle is the 8.4-inch touchscreen unit with gesture control. Lamborghini owners can also personalise their cabin with various colours and upholstery. The seats, however, remain the same snug-fitting chairs. Visibility out-front is great, but in order to have a peep at the engine from inside, you'll have to opt for the transparent engine cover. Controls for the indicator and headlamp switches are on the steering, and the 12.3-inch Virtual Cockpit displays speed, sat-nav, audio information and revs. The aviation-themed, fighter-jet flip-up cover for the ignition remains, and the build, fit and finish are all top-notch. And the indicators and windscreen wipers are controlled by small switches on the steering. Boot space, at 150 litres, is sufficient for a few soft bags.

The Lamborghini Huracan Evo is powered by a 5.2-litre, naturally-aspirated V10 that makes 631bhp and 600Nm of torque, sending power to all four wheels via a 7-speed dual-clutch automatic gearbox. And it manages to sprint from a standstill to 100kph in just 2.9 seconds. The engine delivers great acceleration, accompanied by a deep, wailing sound track, typical of a V10. With the help of the ANIMA switch, you can select different driving modes. The steering is pretty light and precise, and the standard carbon-ceramic brakes take care of retardation duties. The Huracan Evo tends to understeer in Corsa mode. The Huracan LP580-2, in comparison, feels more alert. Ride quality is better than that of the old Gallardo's, making it an easier car to live with on a day-to-day basis. There's also four-wheel-steering and torque vectoring for the first time on a Lamborghini.

The Lamborghini Huracan Evo's ARAI-certified fuel efficiency figure is rated at 7.19kmpl for the petrol model.

The once-rumoured Lamborghini Huracan Super Trofeo Omologata (STO) has been finally revealed today and it replaces the Huracan Performante as the new range-topping model in the Huracan lineup.....

Powering the drop-top Huracan Evo RWD is the same 5.2-litre naturally aspirated motor that sends 602 horses to the rear wheels. Naught to 100km/h gets dismissed in just 3.5 seconds and it hits a top....

Lamborghini has revealed in an official statement that the Huracan, since its commercial debut in 2014, has sold over 14,000 units. More specifically, Huracan number 14,022 (a Huracan EVO coupé in.... 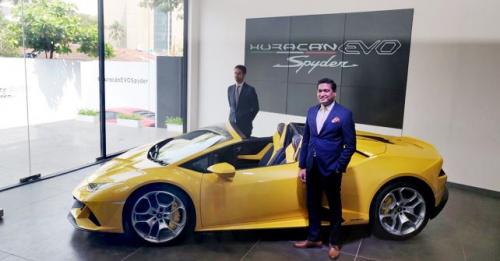 After launching the coupe here in February 2019, Lamborghini has now launched the Huracan Evo Spyder at ₹ 4.1 crores (Ex-showroom). Compared to the coupe, the spyder carries a premium of....

What is the current on-road price of Lamborghini Huracan?

Currently, the Lamborghini Huracan is priced at Rs. 3.22 Crore for the base Evo RWD trim.

What is the price of the top variant of Lamborghini Huracan?

Which year did Lamborghini introduce the Huracan in India?

The Lamborghini Huracan, in its current form, was introduced in 2016 .

What are the top competitors of Lamborghini Huracan?

The Lamborghini Huracan goes up against the Ferrari Portofino and Aston Martin DB11 in the Indian market.