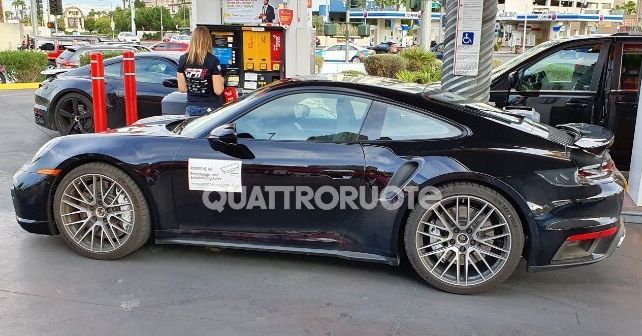 After missing out on the 2019 Frankfurt Motor Show, the new 911 Turbo & Turbo S are expected to debut at the upcoming LA Motor Show.

In November 2018, Porsche revealed the much-anticipated 992-gen of its flagship track-scorcher, the 2019 911. However, at the time of its debut, the 2019 911 was only shown in the Carrera S & Carrera 4S versions. Subsequently, Porsche followed it up with the debut of the 911 Cabriolet, base-version Carrera & more recently, the all-wheel-drive (AWD) versions of the Carrera 4 & Carrera 4 Cabriolet. 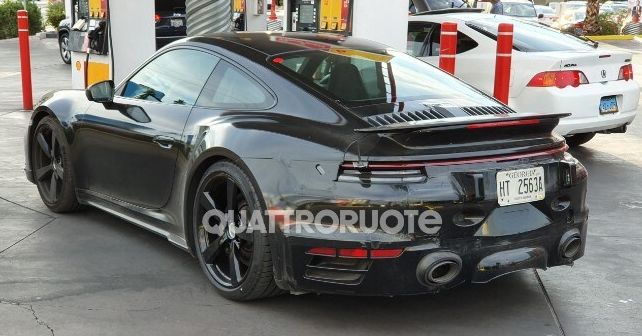 Now, the Stuttgart-based carmaker seems to be gearing up for the reveal of the range-topping versions of the 911 – the Turbo & Turbo S. We can say this as our Italian partner Quattroruote has managed to catch two 911 prototypes at a fuelling station, which could well be the 911 Turbo & Turbo S, based on their more extreme bodywork. While we were expecting Porsche to debut these new derivatives at the recently-concluded Frankfurt Motor Show, the next probable reveal venue could be the upcoming LA Auto Show in November. 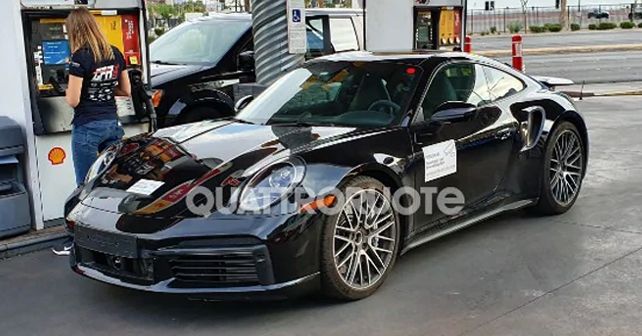 Compared to the 911 Carrera, the Turbo models seem to offer a wider track & fenders and restyled bumpers. While there's virtually no difference between the two prototypes' front-end design, it's the different set of wheels & rear bumpers which split the two. The one with the black, five-spoke wheels has a pair of oval-shaped exhaust outlets. This one could well be the 911 Turbo. While the other test mule, with the fork-spoked wheels and a bigger, more extreme rear splitter flanked by quad exhaust pipes could be the more serious 911 Turbo S. 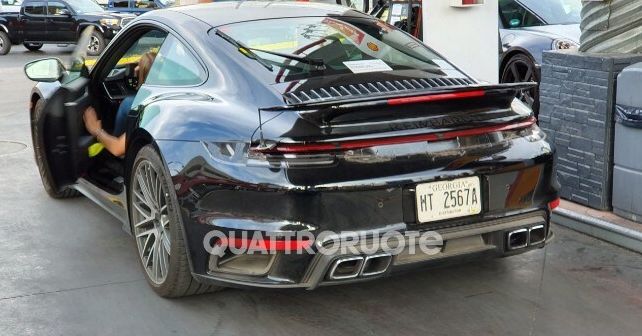 While the powertrain details & specs remain scarce, certain rumours suggest that the Turbo derivatives will continue to work with the same 3.0-litre turbocharged flat-six engine. However, retuned versions of the motor peg the power outputs at 599bhp & 640bhp for the Turbo & Turbo S, respectively. AWD & the 8-Speed PDK gearbox are also likely to be retained on both.