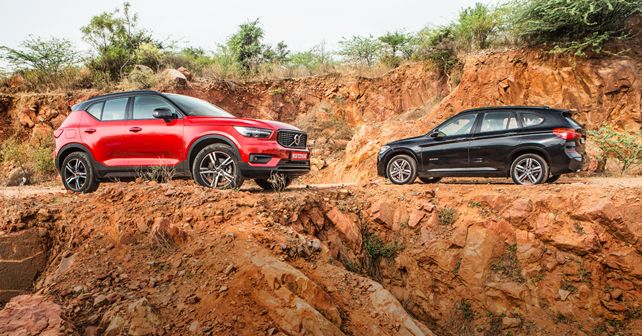 The BMW X1 launched the entry-level luxury SUV segment in India. And, with the launch of its second-generation, became the leader of its segment – albeit with a slight margin. But now the XC40 is here to spoil the party.

Back in 2011, BMW set the cat amongst the pigeons in the luxury segment with the launch of the first premium compact SUV, the X1. For the first time in the history of the Indian luxury automotive market, there was an SUV – albeit a crossover SUV – that was not only affordable but also carried one of the most desirable badges in the world. And the fact that the X1 was an SUV at an unexpectedly affordable price only accelerated demand. Consequently, customers were prepared to wait for months to get their hands on the X1 – which soon became the latest status symbol in town.

But it wasn’t long before other luxury brands caught up, and the segment saw a flurry of launches – like the Audi Q3 and Mercedes-Benz GLA. The X1 lost it top dog status, but BMW wasn’t going to sit quietly and see the segment that it had launched slip away. And so, in 2016, the current-gen X1 was launched – not only bringing it back into contention but also making it the leader of the segment once again. Currently, it leads the compact luxury SUV segment by a slender margin over the GLA. And this segment is especially important for two customer categories – female buyers and first-time luxury car buyers. 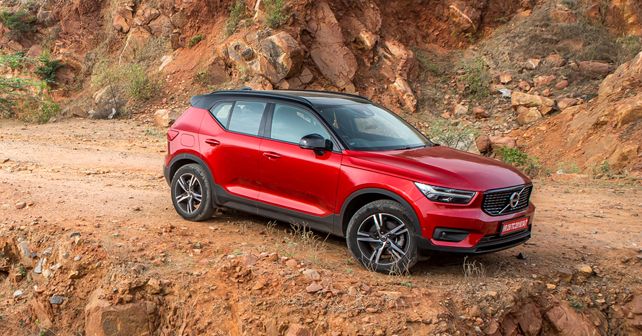 However, the status quo of this segment is set for upheaval, with the launch of the Volvo XC40 – which will be launched on the 4th of July. You can read our review of the XC40 elsewhere in this issue. So, to keep it simple, in this feature we’ll focus on how it compares with the BMW X1.

In terms of design, the Volvo XC40 clearly trumps the BMW X1. Since its very first model, the X1 has had more of a raised-station-wagon look as opposed to pure SUV appeal – and, in this context, the XC40 is leagues ahead. With its tall and clear SUV design, it’s perfectly in sync with what most customers expect from a modern SUV. It’s not that the design of X1 lacks anything, but when compared to the XC40, it simply doesn’t look like an SUV.

Their respective cabins tells a similar story. The BMW’s layout and controls feel a bit dated, whereas the XC40 brings in a breath of fresh air to the segment. The XC40’s Sensus touchscreen system certainly looks more impressive than BMW’s iDrive system. Although it’s still debatable which is the better system to operate while driving. In my opinion, it’s the iDrive, because years of improvements and upgrades have made it very intuitive and easy to use on the move – whereas it’s tricky to operate a touchscreen while driving because you have to take your eyes off the road. Coming to aesthetics of both cabins, I prefer the all-black of the XC40’s over the twin-tone cabin of the X1. However, what’s surprising is that despite external appearances, the X1 is a better car to be chauffeured in – something that’s very important for our market. Surprisingly, with a lower seating position, a more reclined rear seatback, lots of headroom and much better under thigh support from the seat, the X1 is a car in which you can easily spend many hours comfortably in the rear seat. The XC40, on the other hand, has a rather upright seatback and doesn’t have enough headroom for people above six feet tall. Also, the lack of under-thigh support in the rear seat doesn’t help either. But, do keep in mind that both these cars are strictly four-seaters, which means that accommodating five full-sized adults for a long journey might not be a very good idea in terms of comfort.

From the driver’s seat

With regards to driving appeal, the competition between the X1 and XC40 is quite intense. Both cars feature an identical power output of 187bhp and 400Nm of torque, and are paired with eight-speed automatic gearboxes with paddle shifters as standard. Where the XC40 outshines the X1 though is in its standard-fit, all-wheel drive system and overall levels of refinement. The NVH levels, for instance, are better on the Volvo – with less engine noise and virtually no vibration in the cabin. But, in terms of the driving experience, the Volvo does miss a trick or two. Its engine response is a bit lazier than the BMW, and its gearbox follows suit too. 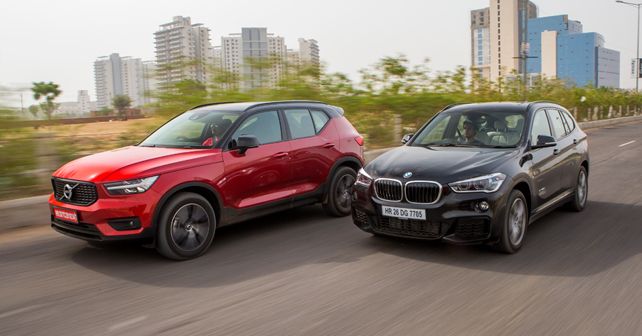 I’ve said this numerous times, and I’ll say it again – nobody matches the eight-speed ZF automatic gearbox to an engine quite like BMW’s engineers do, and the X1 is a testimony this. The engine responds unbelievably quick for a diesel and the gearbox virtually never needs any manual input – that’s how good the tuning is. While the XC40 isn’t bad, its Aisin eight-speed gearbox, at times – especially in traffic – just seems a tad confused and slower to respond by comparison.

It’s in terms of ride quality, though, the XC40 thoroughly outshines the X1. While both cars come with 18-inch wheels as standard, the X1’s ride is harsh, jittery and, frankly, a bit annoying – especially on our broken roads. The XC40, on other hand, simply carpets the road surface with its adaptive dampers and very efficiently deals with our roads. The X1’s steering, however, is much better than the XC40’s – even if it’s a shade heavier to operate – as it offers a lot more feedback to the driver.

The Swedes have it

While it seems that there’s quite a bit of give and take between these two, the competition between the X1 and the XC40 boils down to a very simple matrix for the customer. If you’re looking for an entry-level luxury SUV that’s stylish and has better equipment than any other competitor, along with great ride quality, then the XC40 is a no-brainer. In terms of engine and gearbox, as well as rear seat comfort though, the X1 is still the car to beat in its segment. However, when it comes to its combination of style, standard fit all-wheel drive, class-leading equipment and safety levels, the XC40 is by far the current pick of the segment.

The product is rock solid, and after success with both the XC90 and the XC60 Volvo knows this all too well. So, the only challenge now is to price it well enough to make it an unbeatable deal for the Indian customer. Check out our website for a pricing update anytime after the 4th of July. 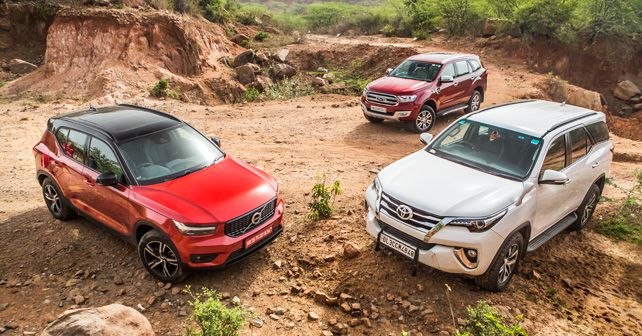 While the choice between the BMW X1 and the Volvo XC40 is rather straightforward, there are also a couple of other SUV options that exist at similar – or even slightly lower – price points. And the two most popular options are the Toyota Fortuner and Ford Endeavour.

Priced a little lower, both these SUVs offer contrasting options to the Volvo XC40. The main difference between the Volvo and these two behemoths is their size. Both the Toyota Fortuner and Ford Endeavour offer a lot more space than the smaller crossovers, and, of course, depending on the trim version they also offer true four-wheel drive capability.

Based on ladder frame chassis, they also offer the ability to handle all kinds of roads and terrain – and are capable of handling a lot more abuse. Their design too plays a part in their appeal, with Indian customers definitely showing a preference for butch looking SUVs. But, being ladder frame based, neither offers the ride comfort of the Volvo. Also, you can definitely feel the weight of the Fortuner and the Endeavour – both are full-sized SUVs and will never be as nimble as the XC40.

Given their price positioning, the quality levels on the Fortuner and the Endeavour are pretty decent, and so are the standard equipment levels. But, with its better refinement and higher quality trim, the XC40 does feel significantly more premium than either of these two. And, if you’re somebody who uses your SUV mainly for urban travel, with only the occasional road trip, the XC40 definitely offers a superior driving experience.

If you’re looking to buy an SUV in the ₹40 lakh range then, there is a definite case to be made for either the Fortuner or the Endeavour. They offer a lot more space than their more luxurious rivals, and are also far more capable off-road. But, where the XC40 wins out is in the fact that the Volvo badge is a premium one. Secondly, it does offer a luxury experience that neither of the two ladder-frame based SUVs offer. And that will likely be the clincher for most customers in India. The question really boils down to whether you want a real SUV that comes with true go-anywhere ability or whether all you really want is a stylish urban runabout that offers a superior on-road experience.