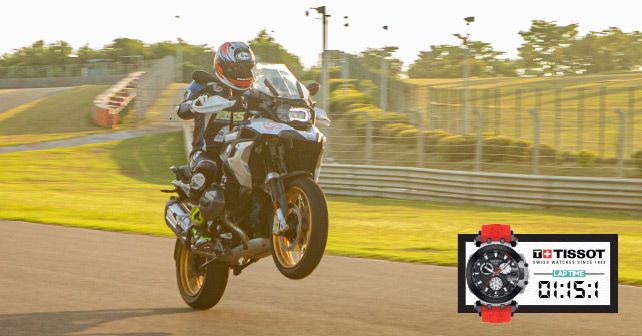 With a towering personality and bulging muscles that could give Thanos a run for his money, the BMW R 1250 GS is an adventure bike that’s suited for all seasons and terrains – maybe even for the city, but only if you’re at least 6-feet tall. Numbers like 249kgs, 134bhp, and 1,254cc can be quite overwhelming, but once you push the start button and twist the throttle, that overwhelming feeling simply disappears and gives way to sheer excitement and exhilaration.

On the tarmac, in city conditions, the GS is a very accommodating machine – it’s happy to adjust to your riding style. A gentle twist of the throttle is enough for it to cruise comfortably at 1,500rpm in slow-moving traffic. What makes the GS such a gentle giant is its heart, as it comes with BMW’s version of variable valve timing – the ShiftCam system – which basically optimises the engine’s response according to the rider’s requirement. In other words, it’s actually surprisingly usable. 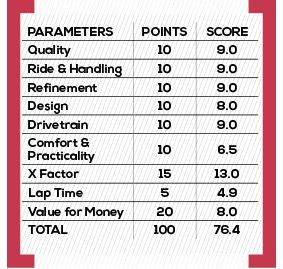 Of course, its off-roading credentials are legendary. When you switch to Enduro Pro mode, the tyres, the traction control, and ABS come together to take on broken trails, water crossings, and unsurfaced roads with ease. The GS is so well balanced that it gives you the confidence to push your limits. And even when there’s wheelspin, it always makes you feel as though you’re in total control. But when you’re off-roading at slow speeds, you do need to be extra careful, as that’s when you feel its weight.

When we tested the GS on the track, we couldn’t believe that it behaved like a sports bike. Of course, we opted for the Dynamic Pro mode, which makes the 1,254cc motor go ballistic and become a free-revving gem. It happily took on sharp curves, and completely belied its ‘adventure’ roots.

Believe it or not, the GS was the second-fastest on the track. It could have very well been one of the top three motorcycles, but it lost points only in terms of value-for-money and practicality. 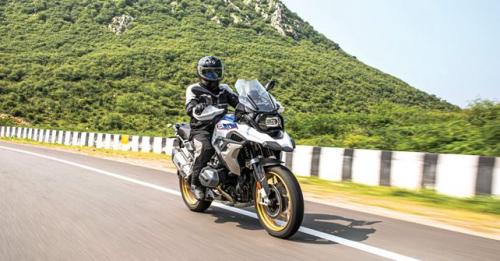