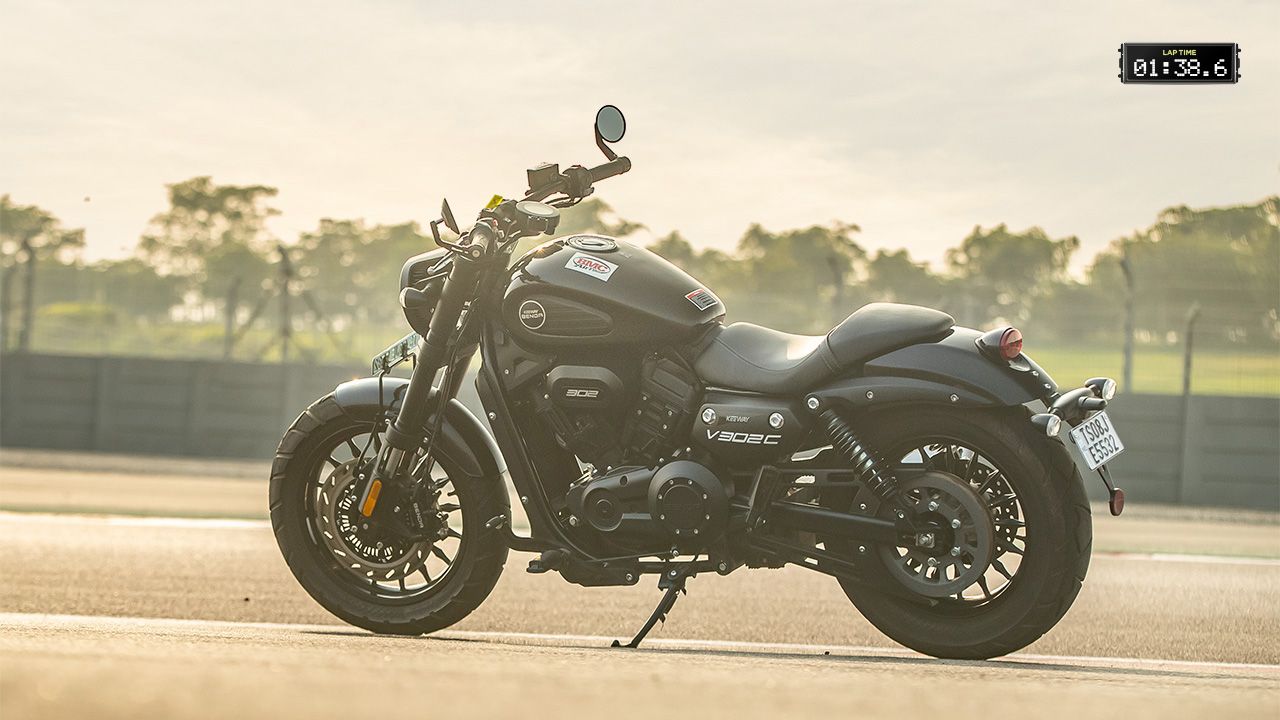 Bobbers are cool motorcycles. They are essentially cruisers, with a heightened sense of style and sportiness. At the moment, there’s no dearth of modern-retro motorcycles on the market. But, if you want to rock that carefree look on a pint-size bobber without breaking the bank, Keeway’s V302C should be high on your list.

So, what does this small yet beefy Keeway bring to the table? Well, pretty much every bobber-cruiser element you can think of. For starters, it’s powered by a V-Twin engine – yes, it’s got a 298cc vee-twin motor instead of the more common parallel-twin seen on motorcycles in its price range. The design is pretty badass too. Chunky bodywork, blacked-out engine casings and exhaust, and a low stance, along with wide bars and bar-end mirrors, are some of the key elements that make it stand out. It’s even got a belt drive! It looks cool – no doubt about it. But, we also must say that it seems to draw inspiration from a certain American manufacturer, which goes by the name of Harley-Davidson. Well, imitation is the best form of flattery – what else can we say? 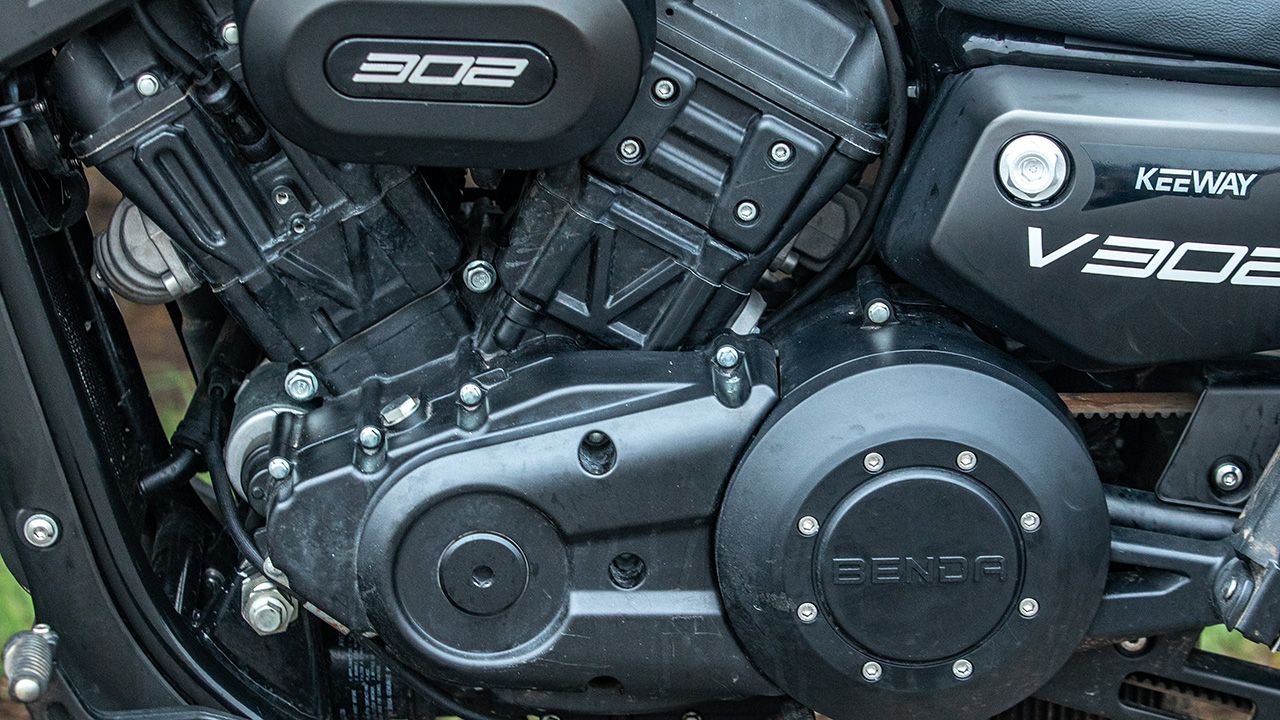 It’s a stunning-looking bobber, anyway. But, having said that, there are a few things that its cool design can’t mask. The quality levels aren’t up to scratch, especially considering the asking price of this motorcycle – it starts at a whopping ₹3.89 lakh (ex-showroom). And then there’s the more fundamental stuff – the engine. The V-Twin motor is good for 30bhp and develops 26.5Nm of torque – neither great nor terrible. But considering the power output and the fact that it weighs just shy of 170kgs, we were expecting it to have more poke than what it delivers. It’s not a dud for sure, but it lacks the excitement and grunt that you would expect from a V-twin. Plus, it’s not that refined either.

As for the handling, the V302C was out of its depth around the long and flowing corners of the BIC. And because of its lazy rake and fat tyres, the turn-in was s-l-o-w. That said, once leaned over, the stability was pretty good; however, with next to no clearance, you start scraping pegs pretty early on. And this is why its lap time wasn’t very good.

All told, it’s still a badass design, with plenty in terms of X-Factor. The only trouble is that it doesn’t excel on the mechanical front, which, along with its high price tag, subpar quality, and Chinese origins, is likely to deter potential clients. 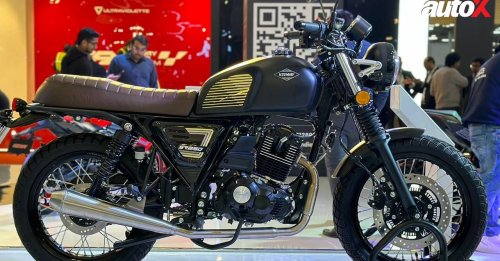 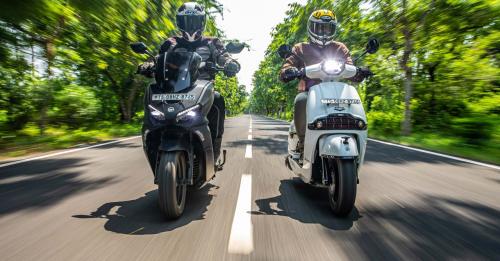 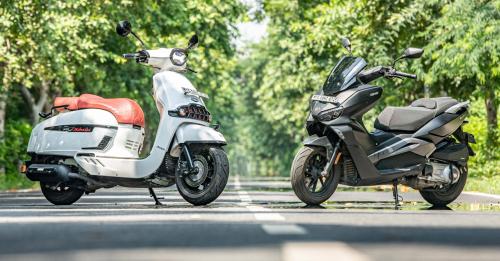 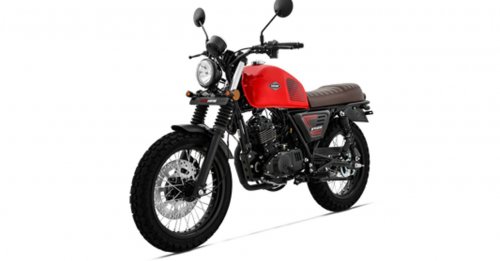 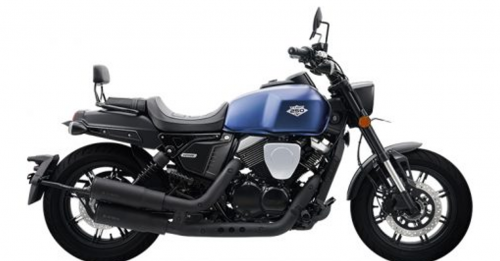 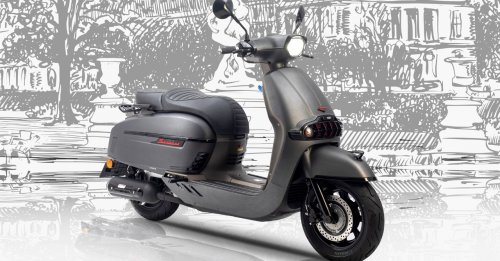