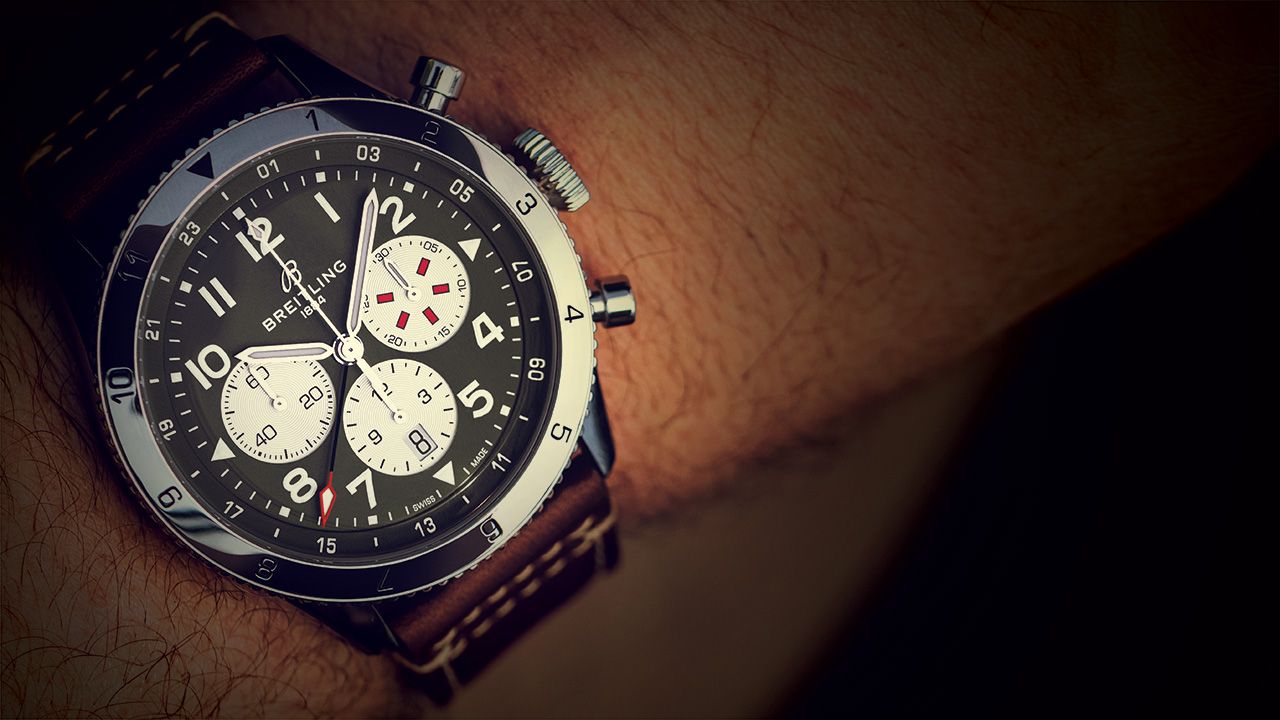 Watches and aviation go hand-in-hand, and over the years, many legendary timepieces have been created for the aviation sector. But, this time, Breitling is changing things, and has created four timepieces inspired by four legendary aircraft.

For any history nut, especially those interested in WWII, like I am, names like the P-52 Mustang or the Curtiss P-40 Warhawk, are the stuff of legends. These were the planes that were instrumental in the Allies winning the war, and there are many, many tales of the feats performed in these aircraft by the daring pilots of the day. It is no wonder then that Breitling has chosen to dedicate its latest Super AVI collection to four legendary airplanes, which include the Mustang, Warhawk, the Vought F4U Corsair and the de Havilland Mosquito.

Each of these aircraft have their own unique story, such as the amazing Mustang which was the best all-round fighter aircraft of its era. When the P-51 Mustang was built in a mere four months, a monumental development effort in itself, even its developer, North American Aviation, didn’t anticipate what a powerhouse it had on its hands. Dedicated to this amazing machine is the Super AVI P-51 Mustang which is offered in two variants – stainless-steel case with a black dial and gold-brown leather strap, and an 18k red gold version with an anthracite dial and a black leather strap. And I must say, the red gold version looks really good. 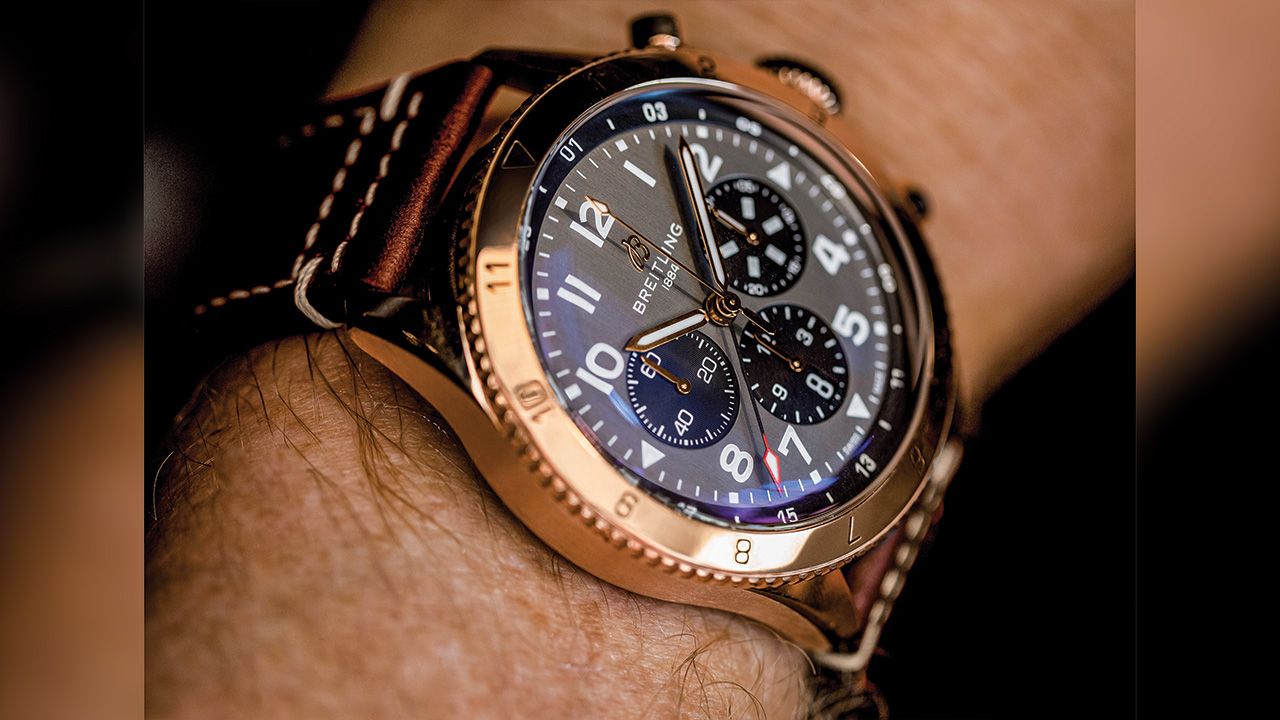 Similarly, the Super AVI Tribute to Vought F4U Corsair features a blue dial, tone-on-tone chronograph counters, and a black leather strap that take their design cues from the characteristic livery of the record-breaking naval aircraft. In fact, the F4U Corsair was a WWII naval aircraft, which had to make tricky take-offs and landings from aircraft carriers and remote landing strips. Speed and lift were of the essence, and the Corsair came through with flying colours, becoming the first single-engine fighter to crack the 400mph (640 km/h) mark, while also providing an exceptional rate of climb.

On the other hand, the Super AVI Curtiss Warhawk, with its military-green dial, white contrasting chronograph counters, and red accents, plays on its namesake’s famous shark-mouth nose art that gave the plane its unmistakable identity. Conceived as a pursuit aircraft, the Curtiss P-40 Warhawk first flew in 1938 and quickly proved itself as a master of agility. And the Warhawk’s defiant shark-mouth nose art sealed its reputation as the rebel of the skies. 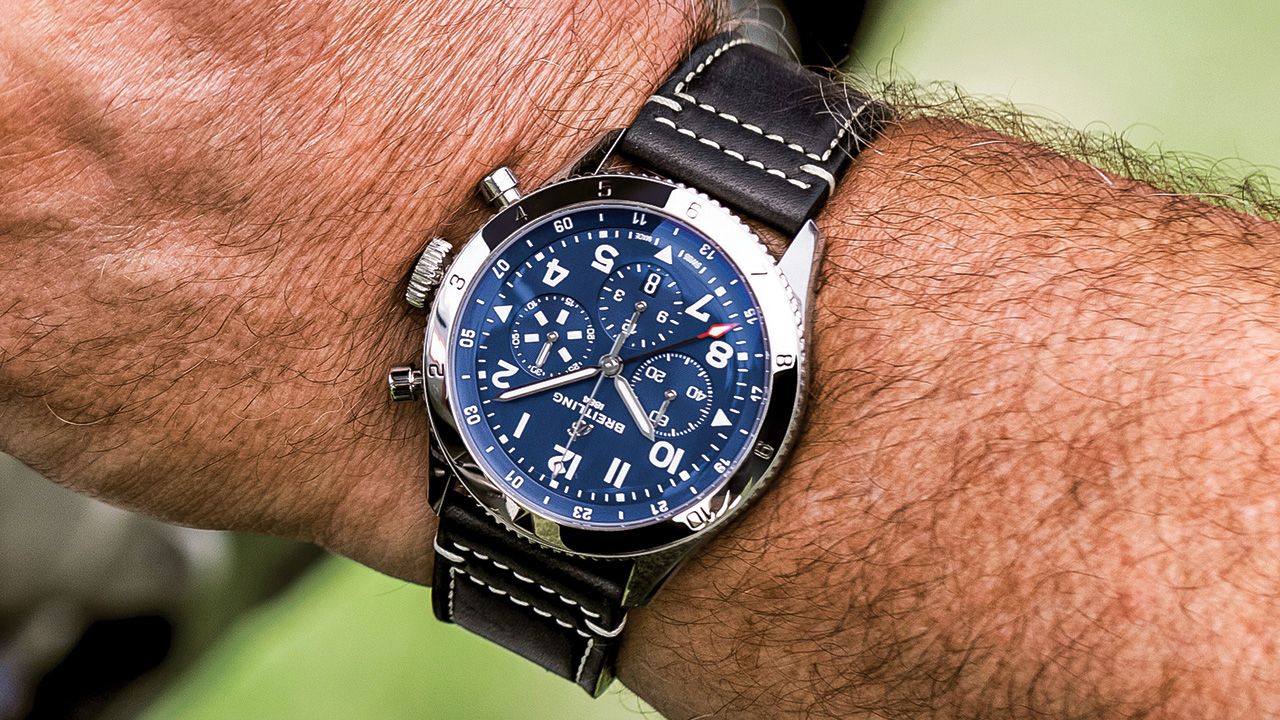 In an era when aluminium and steel shortages were common throughout the world, the engineers behind the de Havilland Mosquito made use of a material still easily available, wood. The “Wooden Wonder” caused shock waves when it outperformed its metal contemporaries to become one of the fastest planes built between 1940 and 1950. Its superior manoeuvrability allowed it to multitask in roles as far-ranging as light bomber, night fighter, transport and photographic reconnaissance aircraft. No wonder then, that the Super AVI Mosquito features a combination polished and satin-brushed black ceramic bezel and a black dial with white contrasting chronograph counters. Its red and orange elements recall the roundels and markings found on the versatile plane, dubbed the “Wooden Wonder”.

All in all, the new range of watches from Breitling are very good looking, and keep up the streak of classic design making a big comeback in the brand’s product line-up. And with these special designs, they certainly offer some terrific looking watches for history and aviation aficionados.