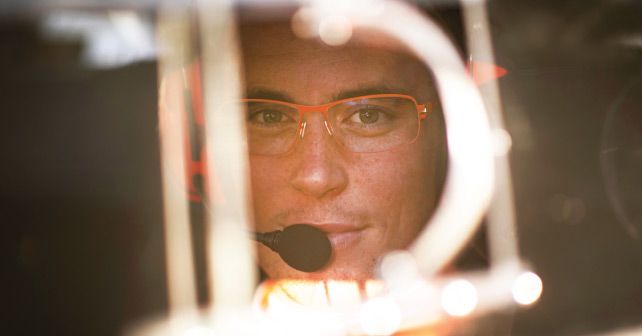 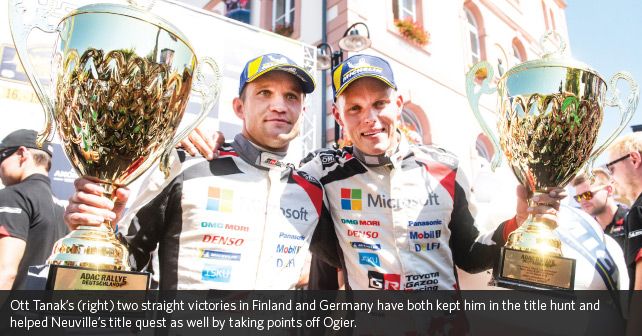 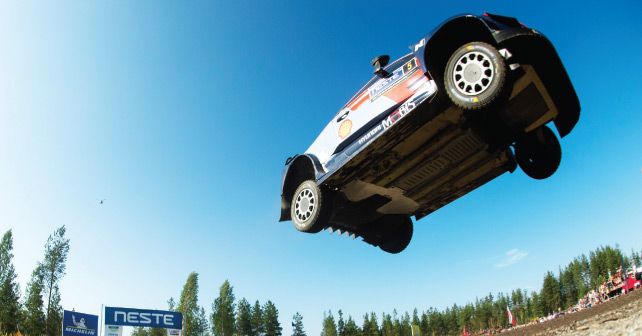 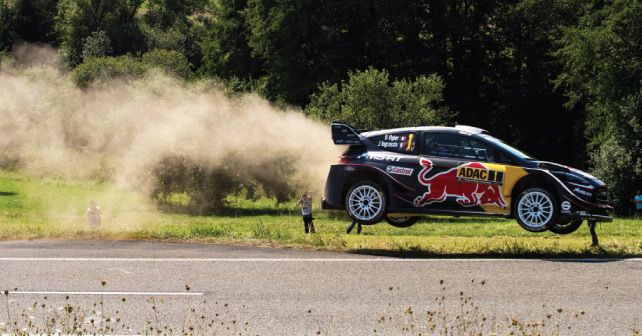 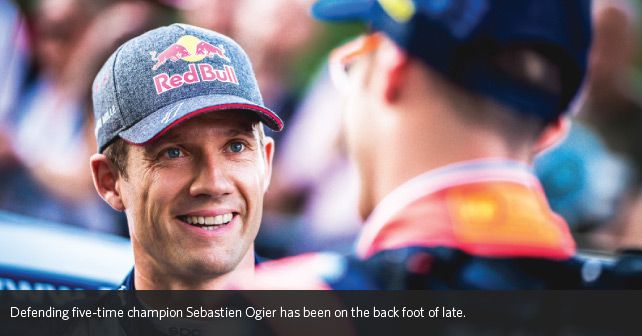 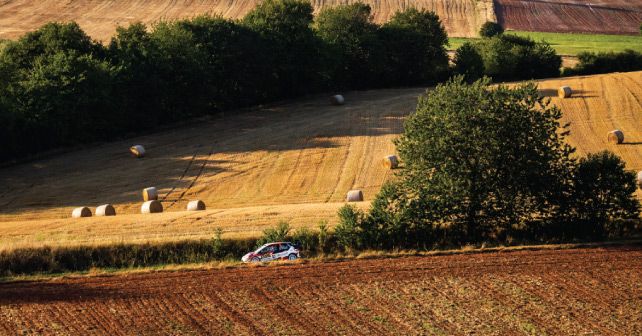 Thierry Neuville appears to be on the verge of achieving what seemed unthinkable, dethroning Sebastien Ogier.

Is it possible? Can it really happen this year? Will Sebastien Ogier, the five-time defending FIA World Rally Championship champion really fall off his perch this year? Thierry Neuville’s reply to all these questions, with just four rounds of the WRC season left at the time of this issue going to press, seems to be a resounding yes.

At the wheel of his Hyundai i20 WRC he has amassed three victories, six podiums and 172 points in nine rounds so far after the Finland and Germany rounds of the season. Ogier in his Ford Fiesta WRC lies second with 149 points, three wins and four podiums.

And just to make things a little more interesting, Ott Tanak’s sensational first season at the wheel of his Toyota Yaris WRC has resulted in three wins – he won both Rally Finland and Rallye Deutschland – five podiums and 136 points. So, there is no real guarantee that Ogier may even finish as runner-up.

In the opinion of India’s most prolific rally driver Gaurav Gill, who has begun to compete in WRC-2 from this year, it is unwise to pick a favourite for the title just yet.

Ogier at 34 has the experience, and Ford has a new aerodynamic package since Finland – the relaxing of technical regulations since 2017 has led to some visually striking aero solutions. So, that will always count for something in a title battle that looks like will go down to the wire.

Neuville is 30-years-old, improving all the time, as he hungrily chases championship glory, and so does the soon-to-be 31-year-old Ott Tanak who was identified as a WRC star even before he made his debut. Not to mention that because of his speed and technical feedback Toyota has found a means to develop the Yaris WRC, which was a challenge with its previous drivers Jari-Matti Latvala and Esappekka Lappi. In comparison to Tanak’s haul of 136 points, Latvala and Lappi have combined for a total of 133 points.

WRC fans should consider themselves lucky, as there has not been a three-way fight for the title for a very long time. It last happened in the 2011 season to be exact. That year Citroen’s WRC legend Sebastien Loeb won his eighth consecutive title (won a ninth a year later) by a margin of just eight points from Ford’s Mikko Hirvonen. The 25-18-15-12-10-8-6-4-2-1 points system had already come into effect, so that eight-point margin is a really tight one.

The third championship contender, finishing only 18 points behind Hirvonen that year, was Loeb’s ever improving Citroen teammate and compatriot Sebastien Ogier. Twenty-eight-year-old back then, he was so hungry that Citroen had to occasionally implement team orders to ensure both drivers made it to the finish of a rally. Ogier missed his outside shot of winning the title when he retired from the penultimate round, Rally Catalunya.

Prior to that, he won Rallye de France, while Loeb retired. The championship table had Loeb and Hirvonen tied on 196 points with Ogier on 193. The retirement in the next round and an eleventh-place finish in the final round at Wales Rally GB left him relatively far adrift.

Having already made up his mind to switch to the Volkswagen factory team that was preparing to enter in 2013, Ogier drove a Skoda in the S-WRC class (now WRC-2) with parts for Volkswagen’s Polo WRC that would debut the following year.

Fans hoping for an enticing clash between Ogier and Loeb as the lead drivers for Volkswagen and Citroen were disappointed when Loeb announced he would take part in only four rounds in 2013 before calling it quits. In three of those four rounds, Ogier and Loeb finished in the top two with Loeb winning twice and retiring from his fourth event.

Ogier romped home with the title that year – a feat that he continued to achieve till 2016, after which VW pulled out of the WRC following ‘Dieselgate’.