WRC serves up a heartstopper in Sardinia 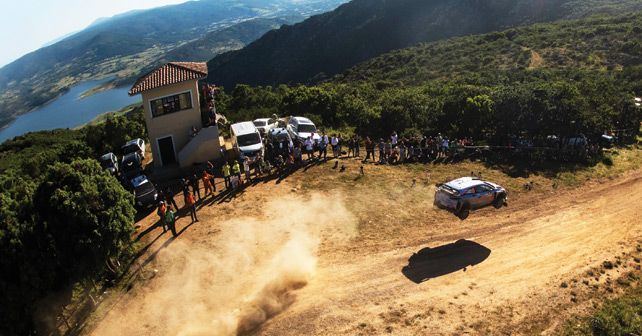 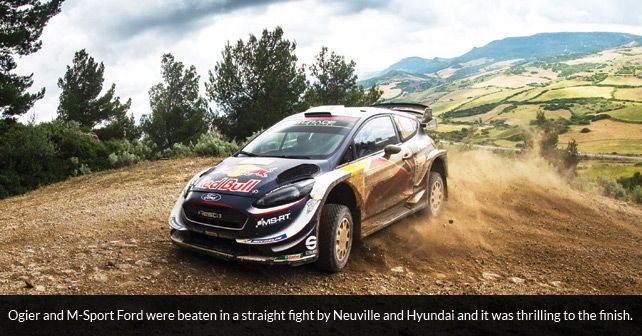 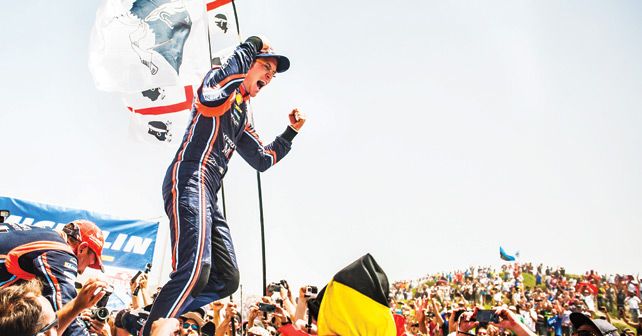 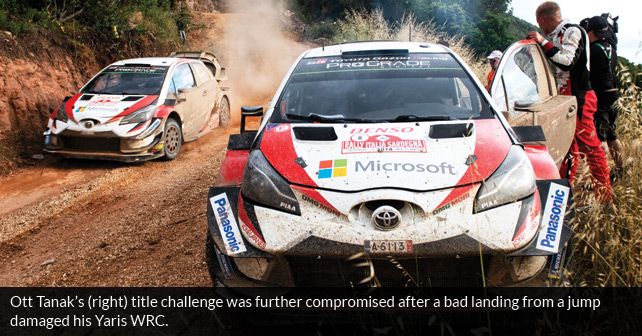 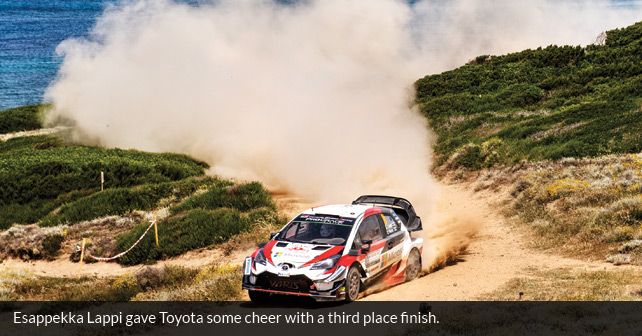 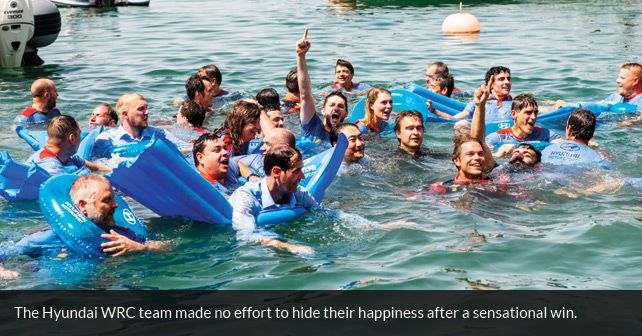 A winning margin of just 0.7 seconds separated Thierry Neuville from the defending champ Ogier in Sardinia.

You’ve seen how close winning by a margin of 0.7 seconds can be, if you follow circuit racing. While one doesn’t get to see cars battle it out side-by-side, the thrill of winning a rally by such a small margin is no less extraordinary. And extraordinary is the appropriate adjective for the way Hyundai World Rally Team’s Thierry Neuville snatched victory in Rally Italia Sardegna from five-time defending world champion Sebastien Ogier. The event was the seventh out of the 13 rounds in this year’s 2018 FIA World Rally Championship, and arguably one of the most exciting WRC events of all-time.

Neuville trailed M-Sport Ford’s Ogier by 0.8sec ahead of the final 6.96km special stage but delivered a daredevil drive in his i20 WRC to overhaul the Frenchman’s Fiesta WRC and claim his third win of the season by 0.7sec. Neuville extended his championship lead over Ogier to 27 points.

It was the third smallest winning margin in the WRC’s 45-year history, matching Neuville’s dramatic success in Argentina last year when he performed a similar snatch and grab on Elfyn Evans.

The Belgian started the sun-kissed short final leg along Sardinia’s north-west coast 3.9sec adrift of Ogier. He won the opening three tests before both drivers threw caution to the wind in the finale.

Both made mistakes on the dusty, rocky tracks but Neuville emerged on top. The result comes as validation for Hyundai and Neuville’s effort to knock Ogier, arguably an all-time great WRC driver with few to match him, off his perch. In fact, out of the 129 total stages held so far this season, Neuville has won 29, which is ten more than what Ogier has managed to do.

However, both trail the very unlucky Toyota Yaris WRC driver Ott Tanak, who has claimed 31 stage wins so far. Tanak’s victory bid ended after he hit a rock, as the rough and sandy stages got increasingly rougher due to the powerful WRC cars ‘chewing’ up the surface with their tyres, thanks to their massive torque.

Neuville and Ogier are level on three wins apiece this year, with Tanak being the only other race winner. However, there is possibly trouble afoot for the event in Sardinia. Toyota is apparently in the midst of writing to the FIA president Jean Todt to get the event removed from the 2019 WRC calendar.

The Japanese team cited the logistical hassle of getting to the tiny island in the Mediterranean Sea and no benefit in terms of promotional value from the event. There is similar disquiet regarding the Tour de Corse in Corsica, with teams wanting events to be held in mainland Europe, where people can easily join.

Esapekka Lappi eased through the final leg’s 42.04km of action to claim third in a Toyota Yaris. With big time gaps in front and behind, the Finn took no risks to secure his first podium of the season.

Hayden Paddon shrugged off lingering back pain from an accident at the previous round in Portugal to finish fourth in an i20. After restarting with a 2.1sec advantage over Mads Østberg’s Citroen C3, he distanced the Norwegian to finish 15.7sec clear.

Craig Breen completed the top six after a difficult rally. Breen will now be joined by Østberg at the factory Citroen team for the remainder of the season. After ridding themselves of Kris Meeke, Citroen is looking for an experienced hand to push development forward. The team has been anything but the all-conquering force when Sebastien Loeb drove for them and also briefly when Loeb was partnered by Ogier in 2012.

The WRC now has added attraction for Indian motorsport fans who will follow the exploits of Gaurav Gill in the WRC-2 class, as he and MRF Tyres pair up to compete in four rounds this year to develop their tyres to a point where they can eventually start fighting with the mighty Skoda Motorsport squad.