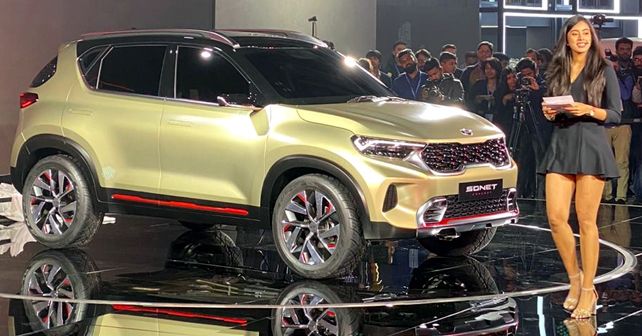 Just a few days ago, we brought you exclusive spy shots of the upcoming Kia Sonet-based compact SUV – the third product under development by the Korean marque for the Indian market. And today, the Sonet has been officially revealed at the 2020 Auto Expo in Noida. Expected to arrive sometime around August 2020, the Sonet will lock horns with its sibling Hyundai Venue and a bunch of other compact SUVs like the Tata Nexon, Ford EcoSport, Maruti Suzuki Vitara Brezza, and the Mahindra XUV300. 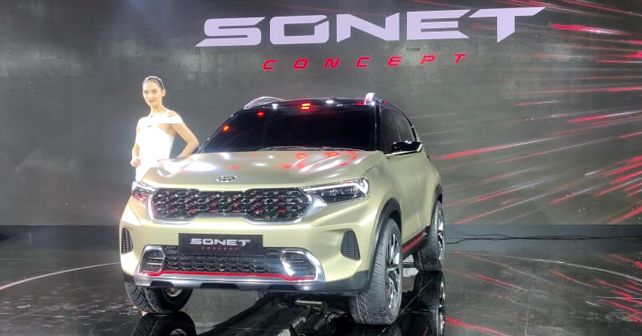 Wearing the signature Kia 'Tiger Nose' grille, the Sonet Concept looks quite rugged for its segment, hinting at the fact that the production-spec model won't be much of a soft-roader (taut, harder suspension set-up). Also, the use of red accents all around could also mean the presence of a sportier GT Line version in the line-up.

Despite the same sub-4m footprint as the Venue, the Sonet definitely sports a distinct look. However, where the Sonet will mirror its Hyundai sibling is in terms of the powertrain choices – two petrol engines (1.2-litre NA & 1.0-litre Turbo) and a 1.5-litre diesel.

Expect the production-spec Kia Sonet to be priced between the ₹7 – 12 lakh range.