Home » Automotive Technology » Resurgence Of Electric Cars In The Industry

Resurgence Of Electric Cars In The Industry 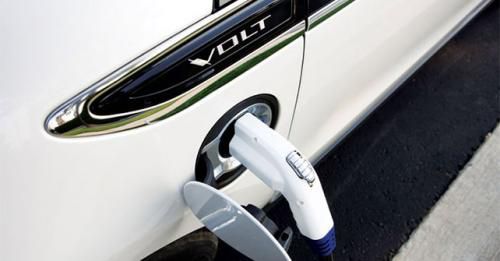 In part three of a four-part series, we take a look at Electric cars and the technology that propels them. In the third part of our series on environmentally friendly cars, we take a look at electric cars, and their recent resurgence on to the automotive scene. In simple terms, electric cars are vehicles that are powered by an electric motor, or motors, that are fuelled by battery packs, which are mounted in the car. But that’s a broad definition – the difference between the various electric cars on the market mainly depends on how this battery pack is charged. Conventional designs, such as the Tesla range of cars, utilize only electric power to recharge the cars batteries. However, on a conventional wall charger, this can take anywhere up to 5 to 12 hours, so Tesla has devised the ‘Supercharger,’ which, in its latest 120kW version, will recharge 50% of the cars battery in just 20 minutes. These Supercharging stations are placed near highways, and make driving the Tesla a lot more practical – especially on long trips. The difference between these chargers and conventional charging stations is the amount of current delivered – with the Supercharger delivering 120kW, whereas conventional charging points deliver only 7kW. The other example of electric-only cars are the Nissan Leaf, Mini E, now defunct Fisker, and, of course, here in India we have the Mahindra e2o (you can read our review of the e2o elsewhere in this issue). The other kind of electric cars are known as range-extenders. The best example of this would be the Chevrolet Volt, which uses a conventional petrol engine to recharge the battery pack powering the electric motor when needed. Of course, the battery pack can also be charged off a charging point. The Volt is claimed by GM to be an all-electric vehicle. But, in reality, the Volt blurs the boundaries between an electric and hybrid vehicle – with the engine not supplying any power directly to the wheels, but using a combustion engine to charge the batteries that fuel the motor which provides propulsion. So, the Volt is an EV until its batteries reach their minimal charge level, at which point it starts functioning as a Hybrid. The biggest drawback against electric cars has traditionally been that battery development hasn’t been able to keep pace with the rest of the technology. As a result, the biggest compromise has been the operating range of the vehicle, which, even in the best case, is around 300 kilometres on a single charge. In isolation this seems fine, until you consider that conventional charging technology means that the battery will need between 5 to 12 hours to recharge – whereas in a conventional vehicle it would take between 4 to 10 minutes to refuel it completely. The other issue, of course, is regarding a charging infrastructure. For EV’s to be widely accepted, a complete infrastructure of charging stations would be needed – much like the Petrol Pump structure that we currently have. One solution is to swap the depleted battery of the car with a freshly charged one, however most EV’s don’t have this capability designed into them. But Tesla has designed this in its Model S, and intends to start offering this service commercially quite soon. So, while the electric vehicle market is progressing remarkably well, there is still a lot of development to be done in terms of battery technology, operating range, and the recharging technology to reduce the amount of time required to charge these vehicles. However, with Tesla (especially) showing a lot of promise on all fronts, don’t write this technology off just yet.