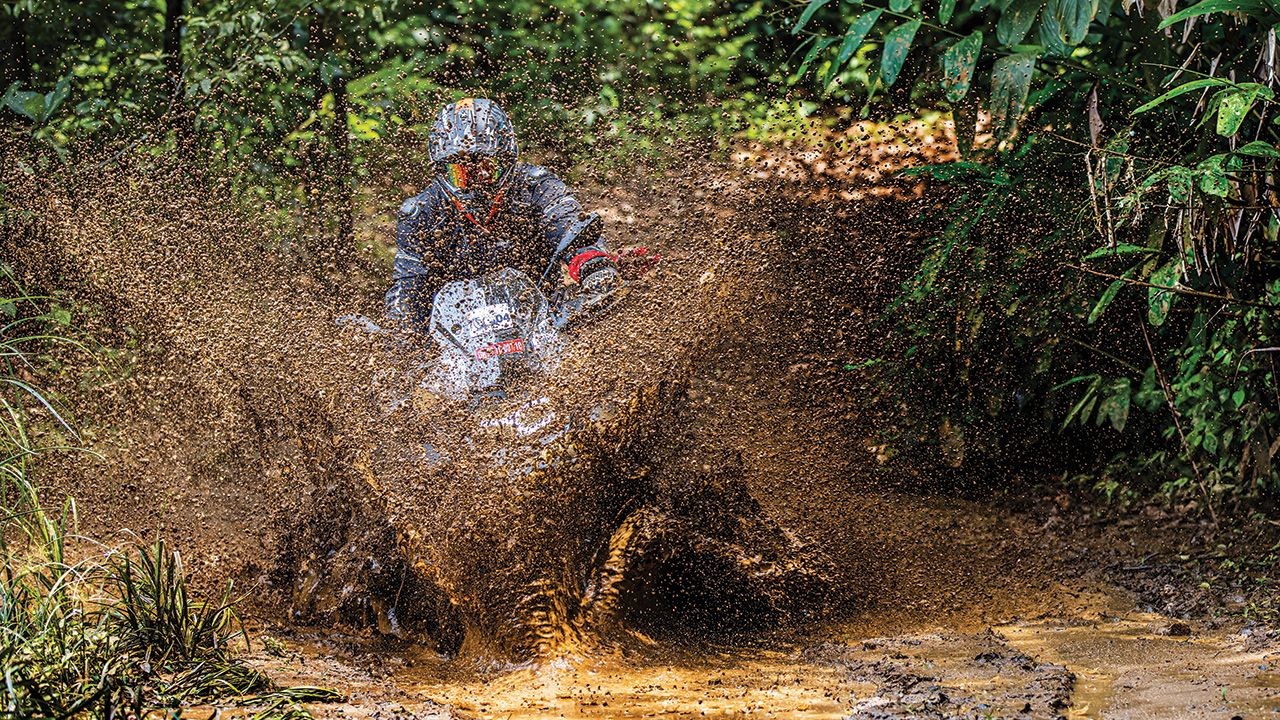 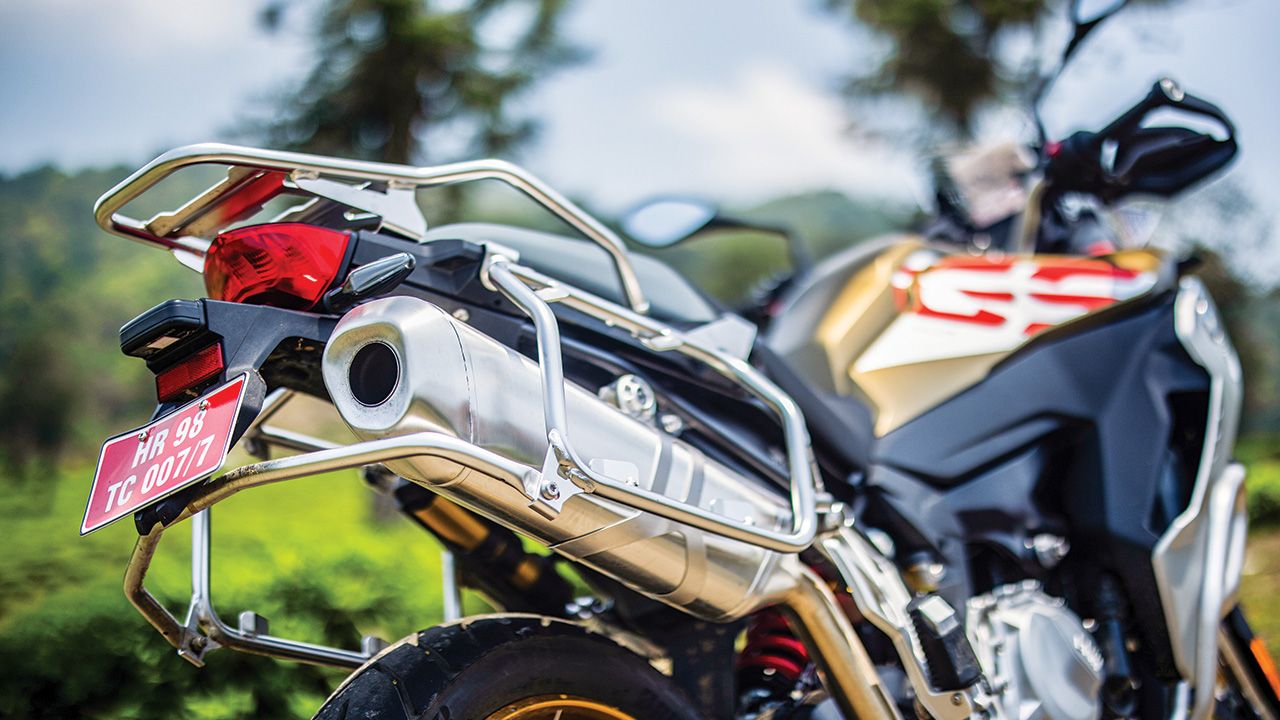 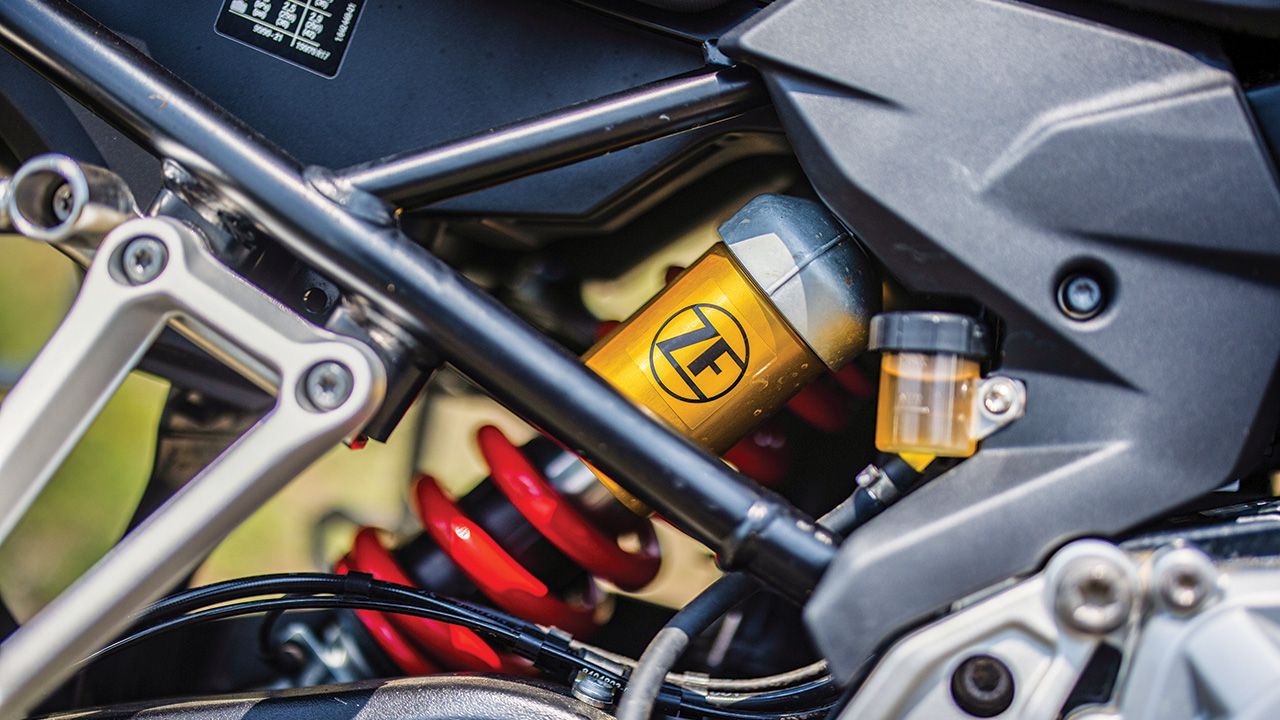 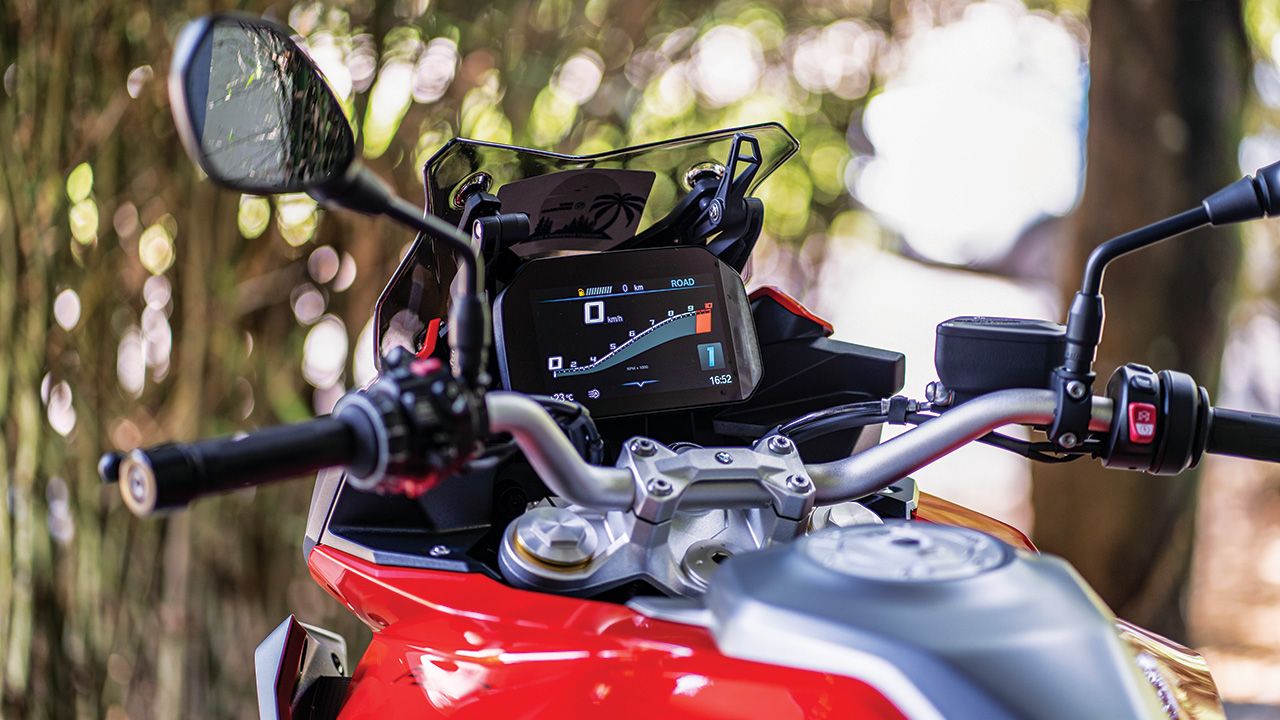 The F 900 XR and F 850 GSA have both been updated to meet BS6 emission norms, and to give us a taste of what they can do, BMW Motorrad invited us to Kerala to sample these motorcycles. Now, this is not a first ride review, but rather a glimpse of what they offer. So, let’s get on with finding out exactly that.

We were there to ride for one day, and for the first half of the day, I was going to be riding the F 900 XR. Tarmac is not really my thing when it comes to riding so I was generally seen lagging at the end of my group of five riders. The F 900 XR on the other hand was egging me on to take control. There is torque waiting for disbursal every time you twist the throttle, meaning that the F 900 XR felt fast on the narrow mountain roads of Kerala. It’s an easy motorcycle to settle into as the seat height is comfortable for a 5’7” adult like me, and the bars fall to hand with ease when you are sitting down. I did try my hand at standing up and riding it on the tarmac, but the bars felt a little out of my reach. I decided to sit back down. 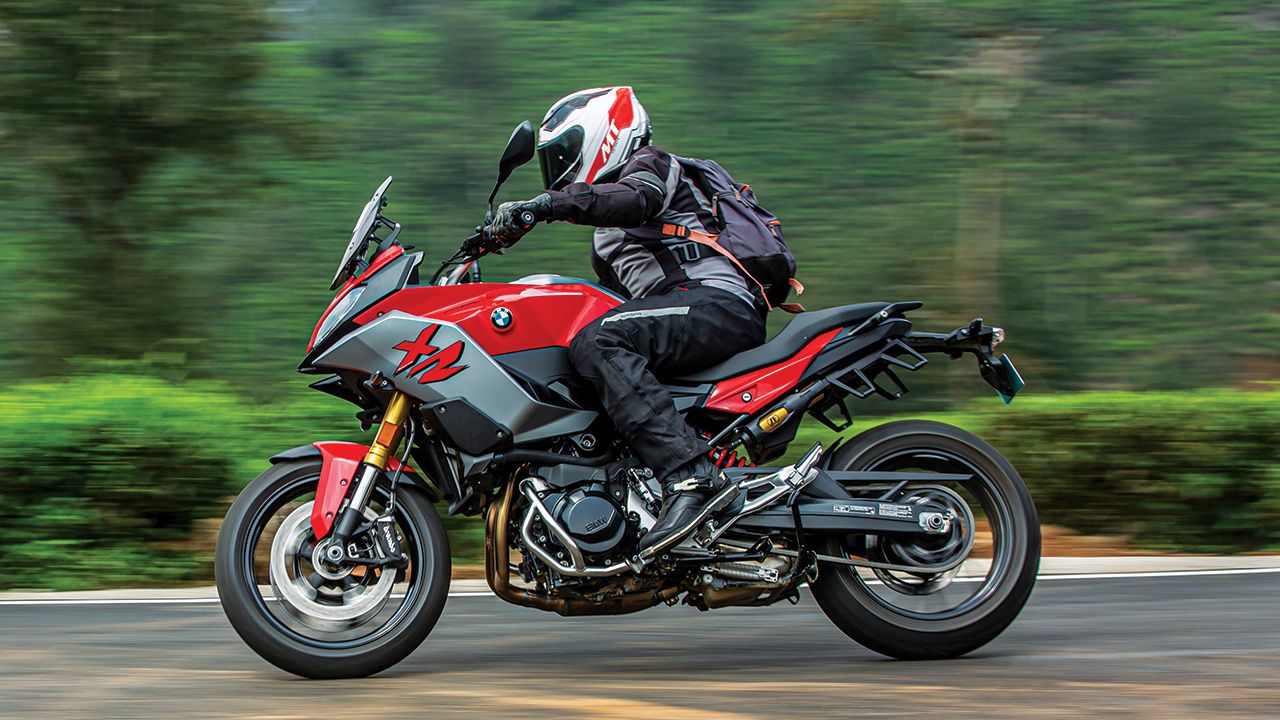 I am sure you have heard this a million times before that BMW’s traction control system is very good. I found that out the fun way. As I was just about done with the F 900 XR and approached the off-road zone where we would be riding the F 850 GSA, I foolishly gassed the throttle (how I would on a lower displacement motorcycle) to make the last 100 metres to the destination an adrenaline rush. Instead, I found my heart in my mouth as the rear wheel of the F 900 XR spun and stepped out on me. For a moment, I was like – s#!t – but then miraculously I got things under control. That miracle however has a name and it’s called traction control. BMW’s electronic nanny governs power so well that at low speeds, it will let you have fun and let the rear tyre slide a bit, before cutting power smoothly to bring it back in line. Needless to say, that was enough on-road adventure for one day, and it was now time to ride the GSA.

At the off-road venue, the mantra was simple – stay slow and smooth. You have to understand that the F 850 GSA I was riding weighed well over 200kgs. I am used to kicking dirt with the back wheel of motorcycles, but they are usually smaller capacity machines and also weigh less. Here I had this huge purpose-built machine standing in front of me and it was hard not to be intimidated by it. Sitting down and starting off, the GSA feels big, so, I treaded around carefully. Things changed as soon I stood up.

You see, the F 850 GSA is meant to be ridden standing up and as soon as you do that, you realise that the motorcycle goes from being the size of the actual sun, to the small yellow circle you see in the sky every morning. It was at this point muscle memory kicked in and I started treating the GSA like any other motorcycle. Suddenly, I was able to turn it around in small areas, go through turns at speed, and even kick some dirt with my rear wheel. Time was limited as the sun would soon start setting behind the hills, so Chacko - our instructor -  asked what we wanted to do. I asked if he would show me around the trail and he happily agreed. 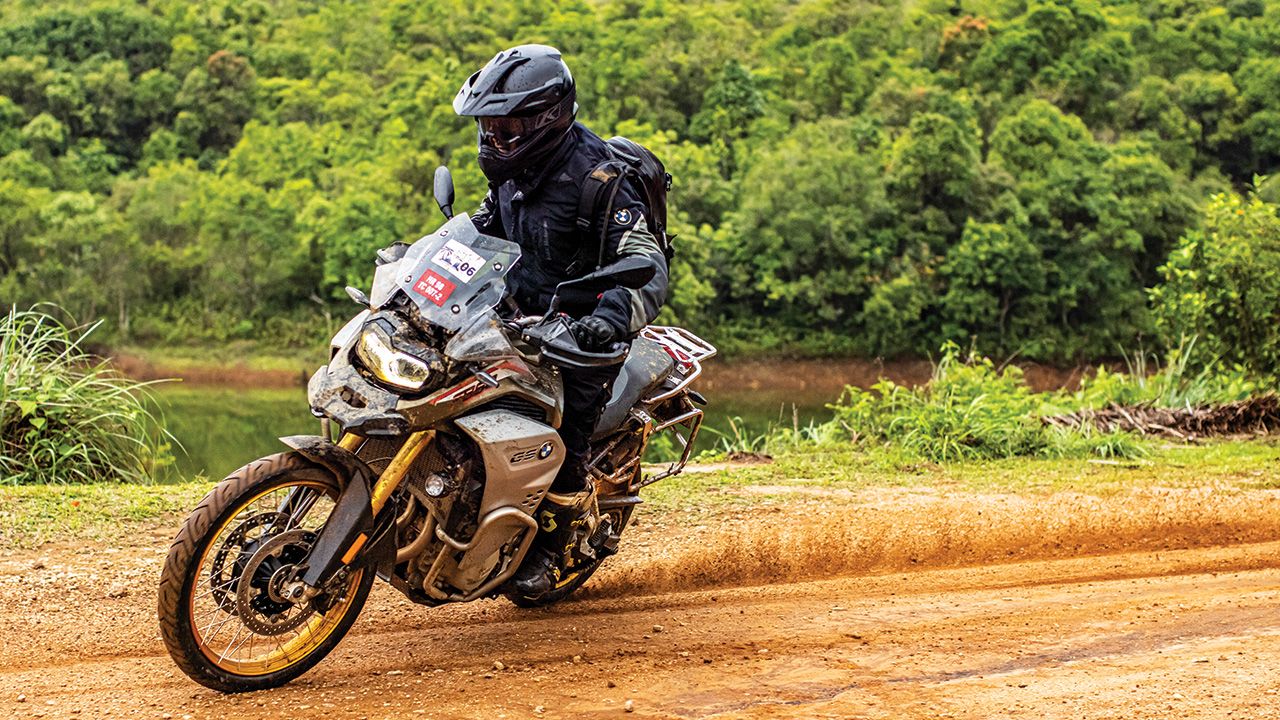 There was an easy trail, a medium trail, a hard trail, and a slush pit. The easy trail was pretty much an evenly paved dirt path, the medium trail was a climb to the top of a hill which took you precariously close to the edge of a cliff. The hard trail was a level up. It was a twisting and rising path of stones that were covered in moss. And, it was at this point that Chacko told me to switch off the traction control on the motorcycle. In my mind I was like - are you kidding me? The problem was that if the bike cuts power on the moss-covered stones, the engine would stall and due to the nature of the terrain, it would not be easy to get going again. I tried to follow Chacko and somehow managed to find my way up that path, almost stalling thrice, almost falling off a bunch of times – but somehow, I found my way up without doing either.

At the exit of the hard trail, there was the slush pit. As you go out of the trail, it was at a 90-degree angle to the left. Chacko simply got out, gassed it hard and spun his motorcycle around to face the slush pit at a 90-degree angle and set off. Having slid around the entire way up the hard trail, I wasn’t keen on doing that. So, I approached the slush pit at a 45-degree angle. I hadn’t fallen the entire day, but as I went into the pit at an awkward angle, my tyre tracked the rut and turned sideways which pushed the bike sideways, leaving my tiny wrists to handle all that weight. I caught it, but I knew I wouldn’t be able to hold it for long, so I laid the bike down. And that was the end of that. We got the bike back up, got out of the trail and went back to our hotel. It was a fun day of motorcycling and while it still remains to be answered how these motorcycles would put up with us in our daily lives, for that one day in Kerala, they were a lot of fun!