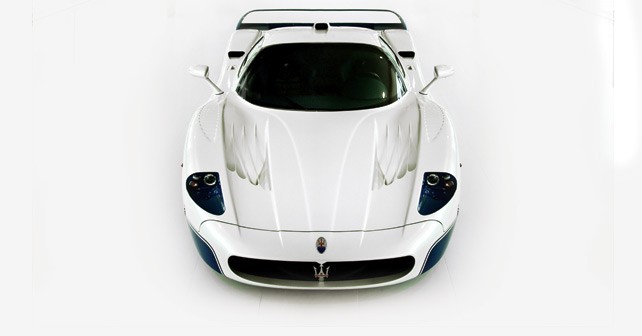 The Italian maker of luxury and sports cars, Maserati, is celebrating its 100-year anniversary. Officine Alfieri Maserati was founded on 1 December 1914 in Bologna, Italy. Since then, Maserati has played a consistently important role in the history of sports car culture and its development. Nearly a century of activity has brought with it glorious achievements, both on the road and the track.

The Maserati brothers began building engines in 1903, and they soon started to build cars for motorsport. The trident logo of the Maserati car company is based on the Fountain of Neptune in Bologna, and was designed by Mario Maserati in 1920. In 1933, the company built its first Grand prix car – the Maserati 8CM.

The company was sold in 1937, and its main facility was relocated from Bologna to the current site in Viale Ciro Menotti, Modena. In the fifties, Maserati launched a sports car derived from the world of racing – the Maserati A6 GCS/53 Berlinetta. The story of the Berlinetta is a very unusual one, as the car was styled by Pininfarina, winning the undisputed status of one of the most beautiful cars of all time.

Any overview of Maserati’s history has to mention the 250F – the archetypal Formula 1 Maserati. The standard-bearer for the official Grand Prix team in the late Fifties, the 250F won race-after-race at the hands of gentleman drivers, including none other than the great Juan Manuel Fangio.

After its F1 success, the company was bought over by French carmaker Citroen in 1968, but it changed ownership twice more before Fiat acquired the company in 1993. Fiat sold a 50 percent share of the company to Ferrari, but in 1999 Ferrari took full control, and they are also credited for bringing Maserati back into the limelight.

In 2004, Maserati decided to make its official return to racing after a long 37-year break. To do this they built a new model (albeit based on the Ferrari Enzo), and the result was the Maserati MC12 – which stands for Maserati Corse 12 Cylinders. But, before it could take part in the FIA GT Championship, the new Maserati sports car had to be homologated – and so the company built a total of 50 road-going versions.

Maserati has certainly come a long way since its inception, and today it’s back to being an exclusive manufacturer of luxurious and sporty machines. The current lineup of Maserati cars includes the Quattroporte, Ghibli, GranTurismo, GranCabrio, and two more new model launches are expected this year – including an SUV.

Along with the centennial celebrations, the company also reached another milestone when its 50,000th car from their two-year-old Giovanni Agnelli plant rolled off the assembly line last month. The landmark 50,000th vehicle was a Quattroporte S Q4. 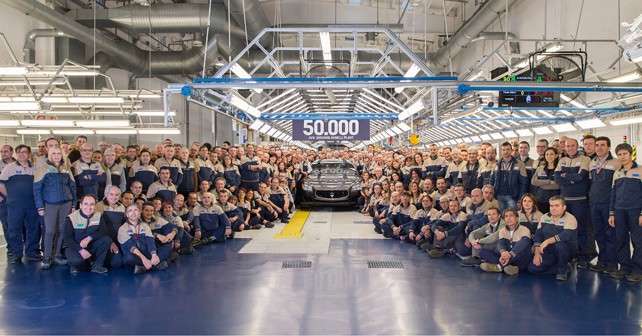