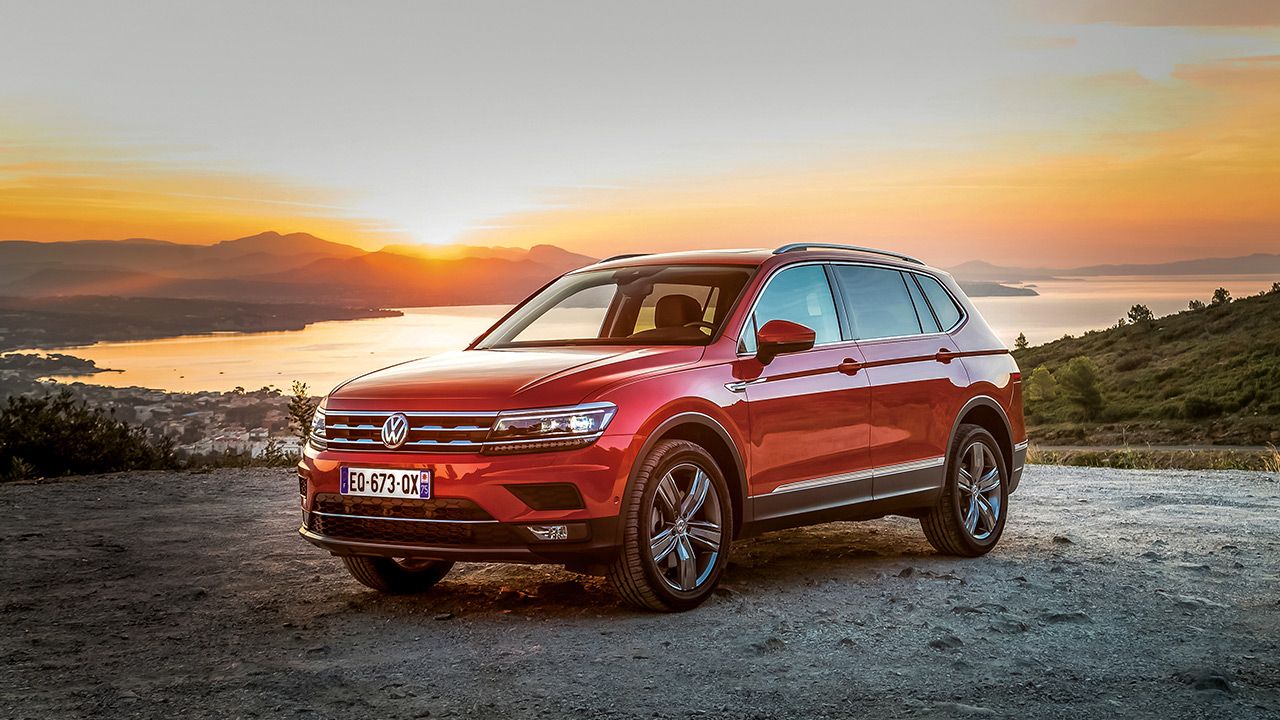 In today’s no-compromise world, satisfying both regulations and customers is becoming increasingly difficult for carmakers. In this feature, we take a look at how Volkswagen does exactly this.

One of the most remarkable aspects of the evolution of human beings is the expansion and growth of human knowledge. This is evident in the way that we’ve grown from being rather simple hunter-gatherers to a species that has no dearth of multi-talented individuals. Now, knowledge makes people curious and allows them the power and freedom to ask questions. So, it’s no wonder that people in the automotive world began asking the following, and rather important, question – why should our vehicles only be a tool for travelling from point A to point B? Now, this may seem like a simple question, but it’s not. 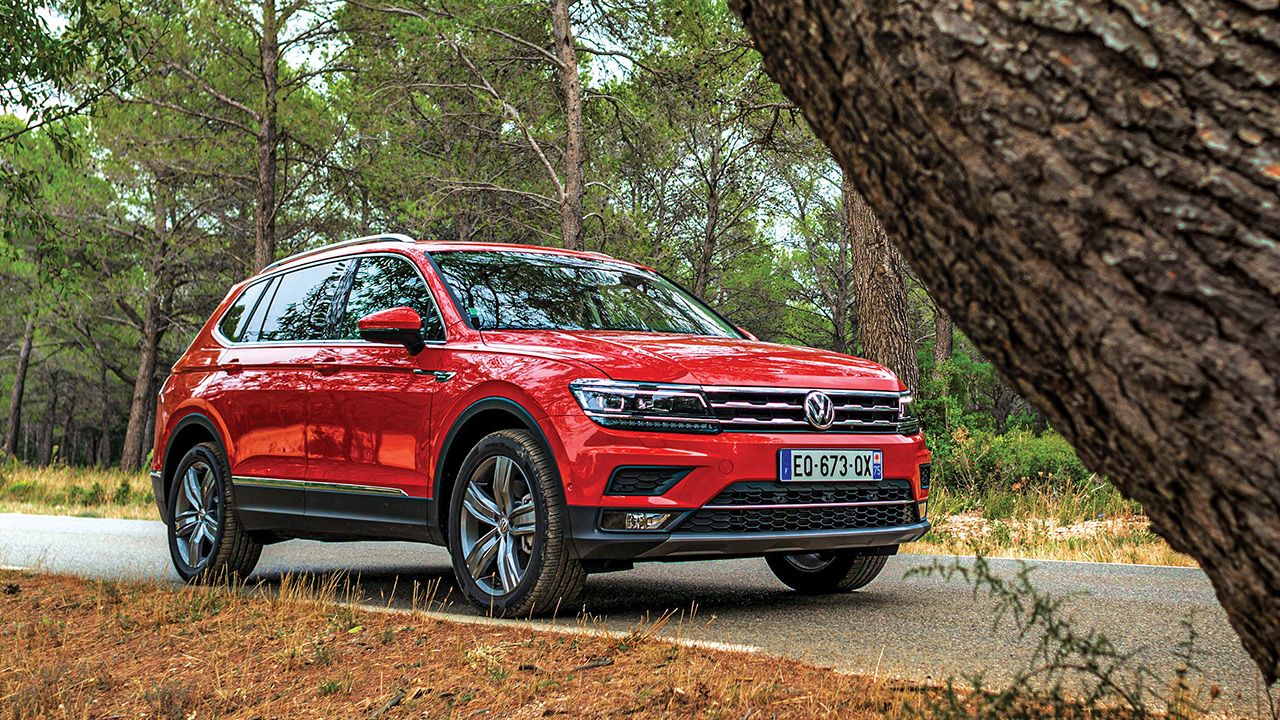 Impossible is just a state of mind

Look at the buying preferences of Indian customers, known to be amongst the most discerning customers in the world, and you’ll realise the implications of the aforementioned question – the answer can literally make or break your brand. Now, Indians want everything from their vehicles, even if it borders on the impossible. Not only do they want excellent performance, but also terrific fuel efficiency. But that’s not the end of it – they also want their vehicles to be as compact as possible, in order to make parking and urban driving easier, and yet, they don’t want to compromise on interior and storage space. But, one of the most challenging (for the manufacturer, of course) demand is the absolute insistence on a long list of features and luxury items in a vehicle, and all of this – need I mention? – at an extremely competitive price. In short, what Indian customers look for in a vehicle is the value factor – the more value a product offers, the more desirable it becomes.

Volkswagen is a brand that has understood these demands of Indian customers very well. And its no-compromise standards of engineering allow it to satisfy this seemingly impossible list of demands. Volkswagen is a brand that combines cutting-edge technology and unrivalled engineering with the avant-garde art of designing, giving its products the superhuman qualities that Indian customers look for in a vehicle. 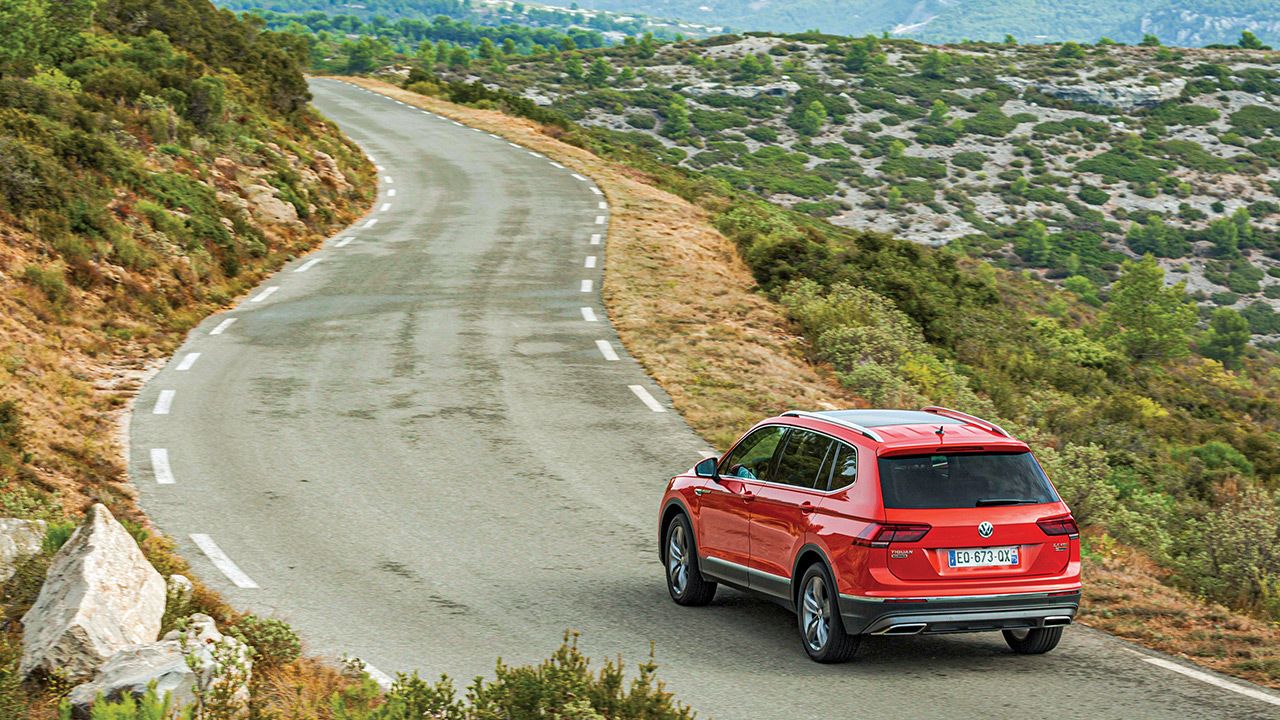 One of the models in the VW range that perfectly combines these two aspects is the new Tiguan Allspace. Now, the Tiguan is already the globally bestselling Volkswagen product in the world, but, with the Allspace, Volkswagen has redefined the game itself.

The first thing that strikes you about the Tiguan Allspace is its striking design. Not only does it look cutting-edge and modern – a thoroughbred German design – but is also rife with fine detailing. For instance, the LED head and taillights, subtle chrome grille, and perfectly suited 18-inch wheels – all of this tell you that the design team behind this polished creation knew how to bring understated luxury to life. 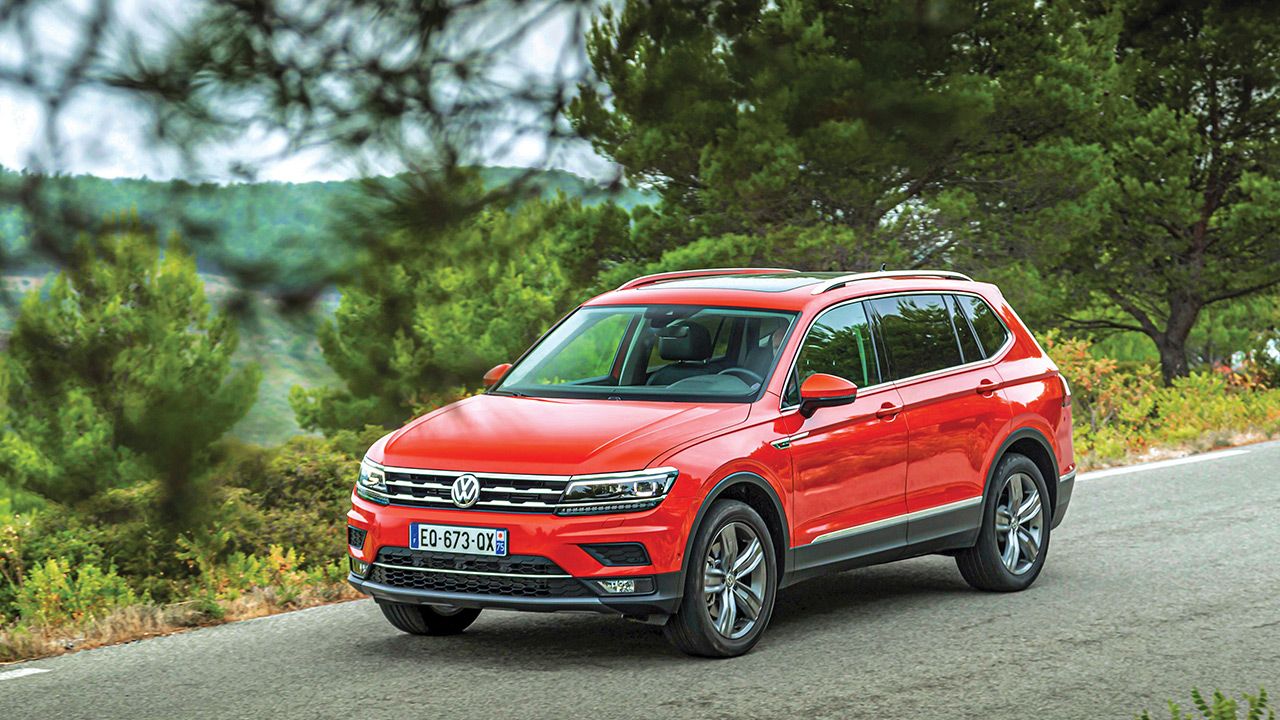 This theme of restrained elegance characterises the interior too. Once inside, you can’t help but notice and appreciate its class-leading quality. Right from the fitment to the surfaces, Volkswagen’s cars simply offer the finest quality, irrespective of the segment they compete in. But, in the Tiguan Allspace, all this has been taken a step further with outstanding features, such as the digital cockpit, which replaces the analogue dials in front of the driver with a stunning high-resolution screen that just brings a smile to your face every time you use it. 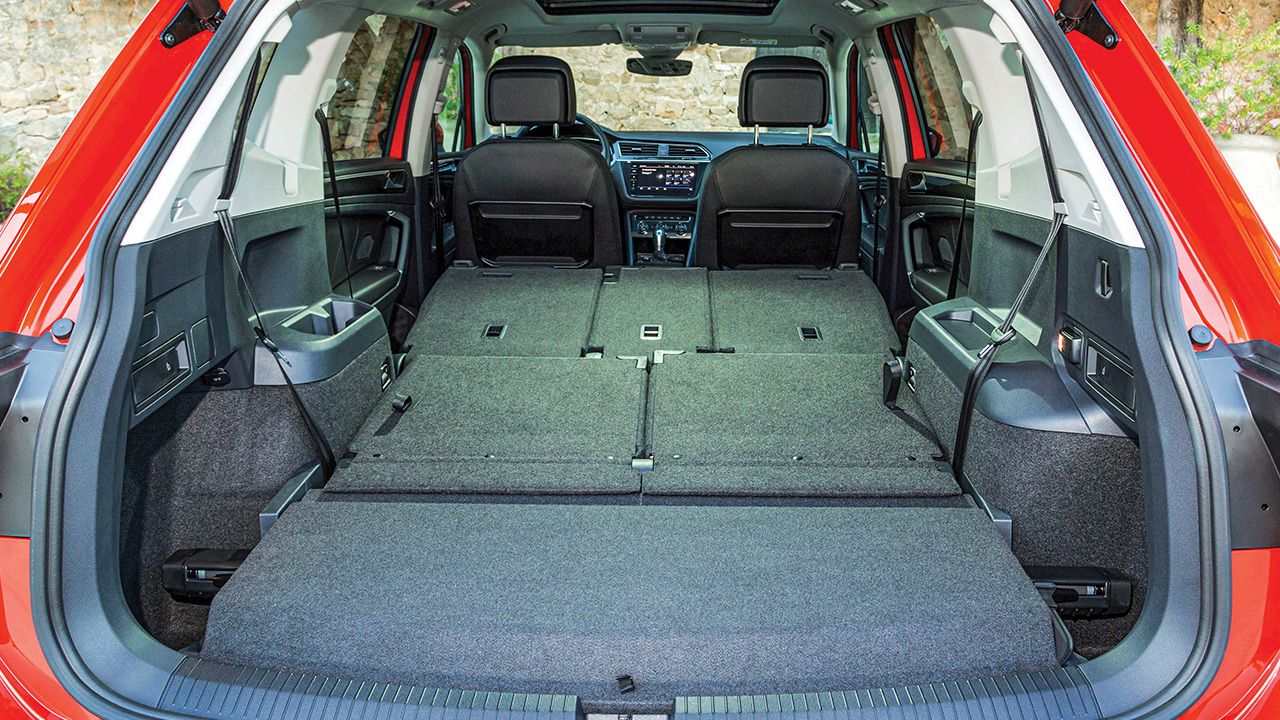 However, it’s in terms of practicality that the Tiguan Allspace really leaves its competition behind. First, with its standard-fit all-wheel drive and various driving modes, the Tiguan can tackle virtually all kinds of terrain. Second, it now offers 7 seats, which means that going for a drive with family and friends has become even easier. And third, with its smart features – such as the easy-open tailgate, which opens with a flick of your foot, class-leading 7 airbags, and the park assist function, which helps you park in tight spaces – the Tiguan alleviates the experience of your daily commute to a new level.

At the other end of the product spectrum sits the Polo hatchback. Now, for years, the Polo has been a customer favourite in its segment. It was the first – and the only car to date – to offer German levels of fit-and-finish and quality in the hatchback segment. And it continues to be the segment leader in those departments. And, then, there is its timeless design, which makes it look contemporary, modern, and elegant in a way that’s unrivalled by any other car in the Indian market. 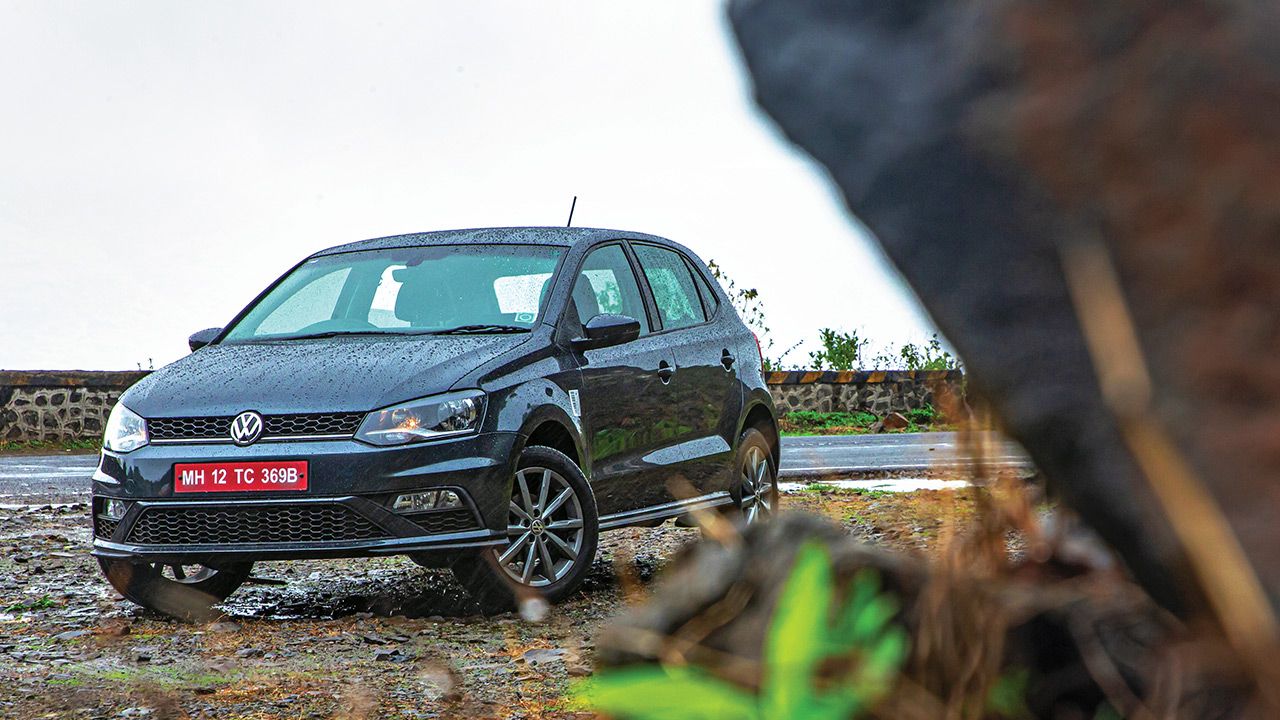 However, what attracted Indian customers the most to the Polo was the performance of its TSI engine. For a country starved of affordable performance cars, the Polo TSI has been a shining beacon, with an irresistible combination of performance and efficiency. In short, it’s one of the best bang-for-your-buck deals you can get in the affordable-performance-car segment in India.

Now, the one major link that ties both the Tiguan Allspace and the Polo together, which also sets them apart from the competition, is VW’s TSI (Turbo Stratified Injection) engine technology. This engine tech has been a game-changer for the brand, being a winner of 7 'Engine of the Year' awards. Decades ago, when the quest for improved fuel efficiency and increased power grew at the same time, Volkswagen’s engineers had the foresight to combine turbocharging with direct injection. 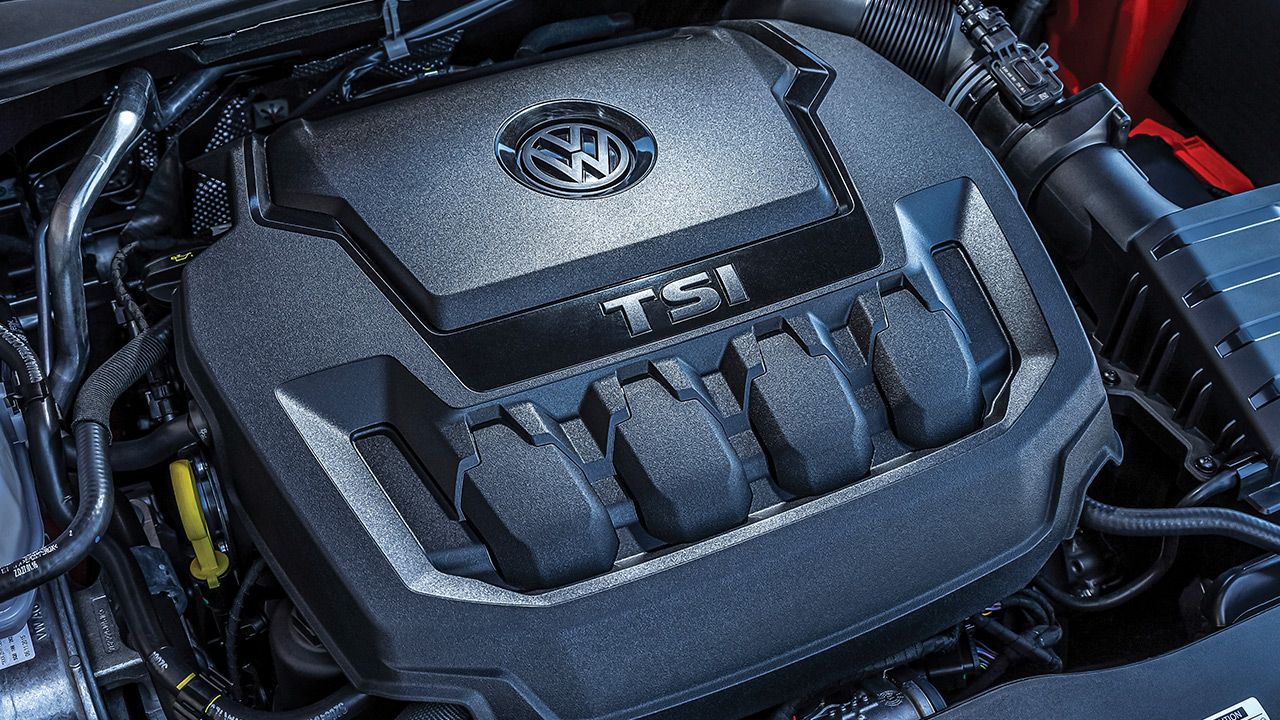 Consequently, the TSI range of engines offers superlative performance, and have been awarded the prestigious ‘Engine of the Year’ award many times. And, with modern turbochargers and highly accurate fuelling systems, they also offer class-leading refinement and fuel efficiency. For example, take the 2.0-litre TSI engine in the Tiguan Allspace – with its power and torque outputs of 190PS and 320Nm, respectively, it is what you would refer to as a ‘right-sized’ engine, which, with the benefit of turbocharging, is not only powerful but, at the same time, also offers exemplary fuel efficiency. 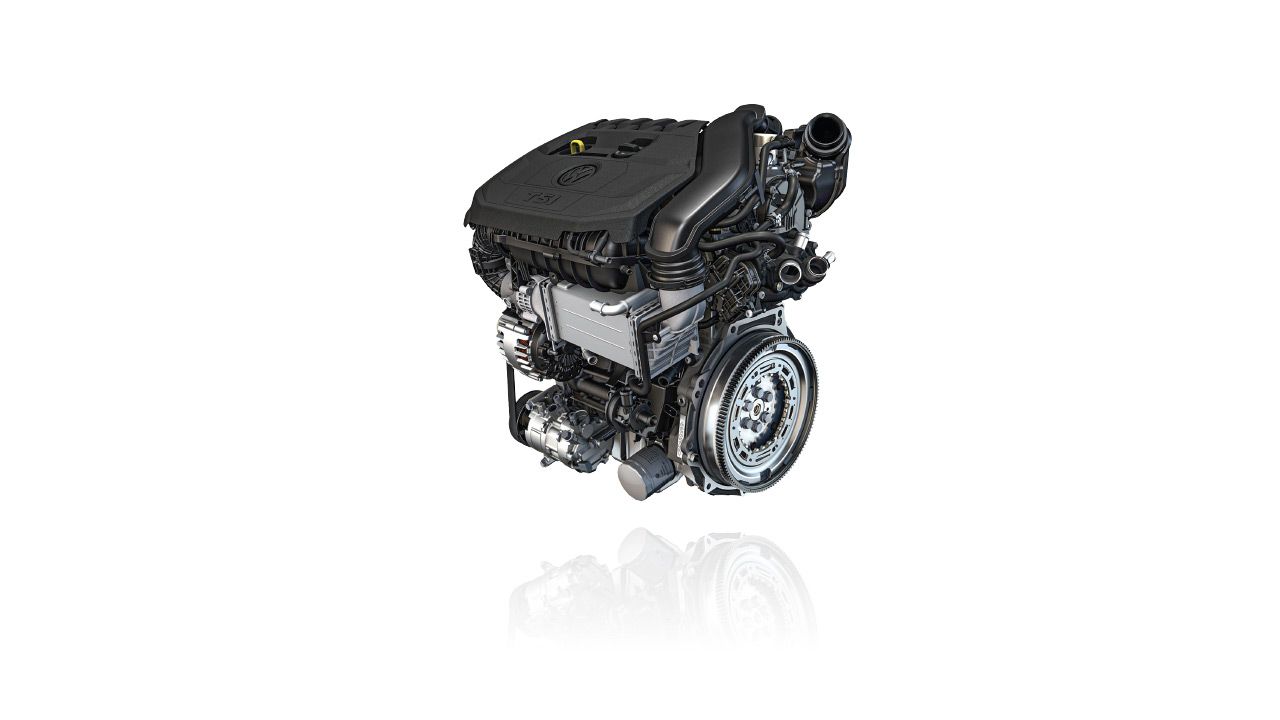 Now, add the superfast shifts offered by the 7-speed DSG dual-clutch gearbox into the mix, and the Tiguan is a pleasure to drive – irrespective of whether you’re stuck in traffic or cruising on the highway and at the same time, it is highly fuel-efficient too. And this is exactly what made enthusiasts and discerning Indian customers fall in love with the Polo TSI – not just the 110PS of power and performance but also its superb fuel efficiency. In other words, a combination of brilliant performance and exemplary fuel efficiency. 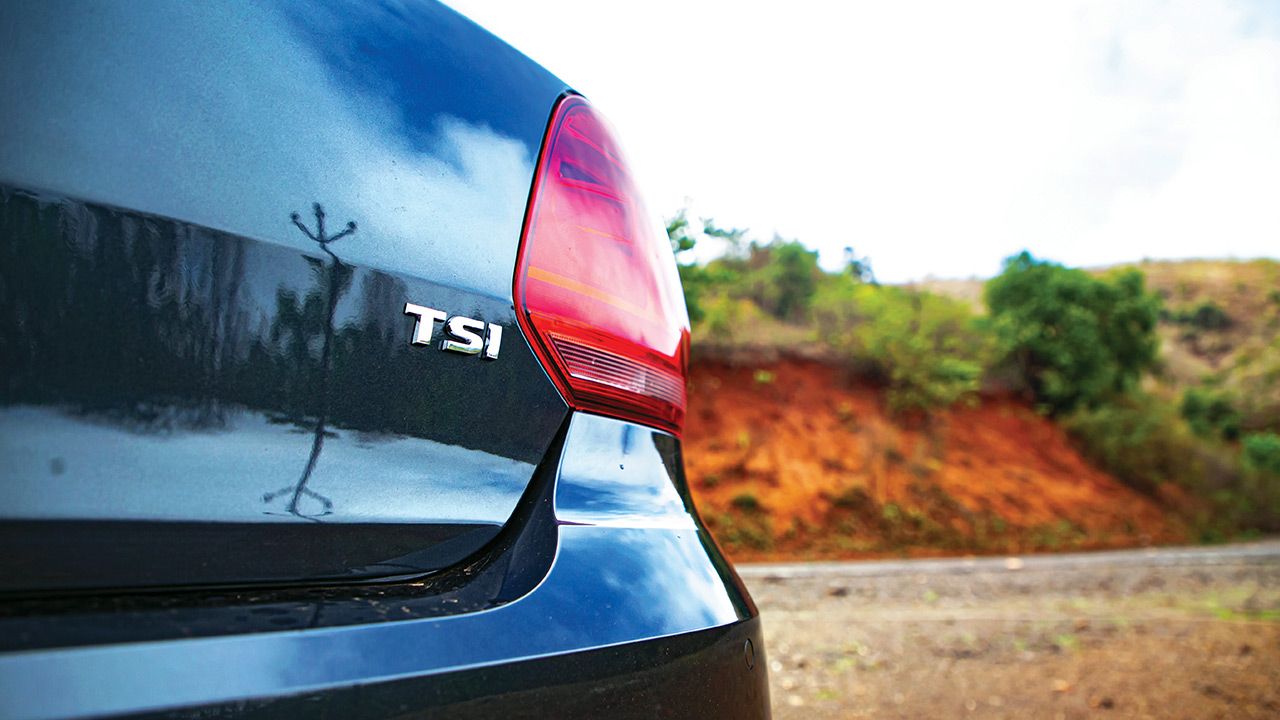 So, there is no doubt that between a product line-up ranging between the Tiguan Allspace and the Polo; Volkswagen offers the best of both worlds – practicality and efficiency. And you can experience this unique combination while using your Volkswagen in the family mode in the utmost comfort, with its ideal use of space and judicious use of fuel.

But when you light the wick and demand performance, the perfectly matched TSI engine delivers unmatched performance. So, it wouldn’t be an overstatement to say that Volkswagen, with the Tiguan Allspace and Polo, achieves the impossible!