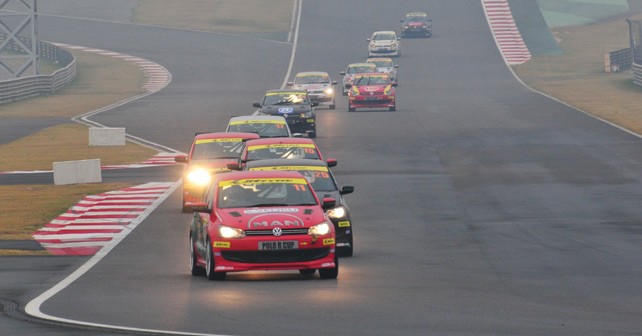 From racers having to deal with a cold, damp track to visibility issues and some getting to grips with a new series the JK Racing finale was an eye opener.

Cold and wet racing conditions. It is a description of a racing circuit that one has heard and read many times now while following the career of Indian racing drivers who take a chance at racing in more established motorsport markets in Europe, Japan, Australasia and North America.

You expect to encounter gray skies, poor visibility, constant drizzle and a slick track surface in places like that. But it comes as a shock at a circuit where in peak summer the track temperature has been known to hit 60 degrees Celcius! 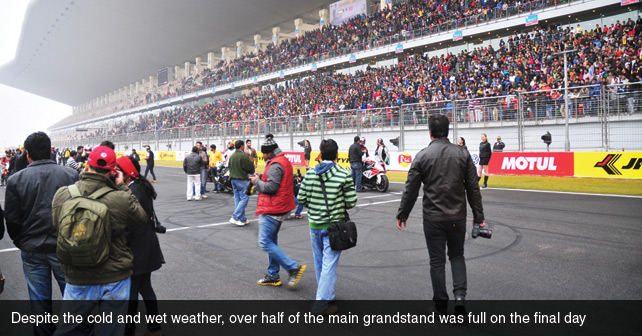 At the final round of the JK Tyre Racing Championship and Volkswagen Polo R Cup at the Buddh International Circuit (BIC) near Greater Noida, rain and cold combined to give the participants across four categories (on four wheel as well as two) something that they had not bargained for.

Previous wet weather races at Chennai’s MMRT and Coimbatore’s Kari Motor Speedway were still held in the warm glare of the South Indian sun. Domestic level racing had been held at the BIC before in cold and foggy conditions but adding rain to the mix was a new concoction.

In particular the racers in the Polo R Cup who never expected to use either the wipers or headlights on their cars in racing conditions. Track temperatures dropped to below 15 degrees C at times (they usually hovered near 40 degrees C during the Indian GP), which along with the wet conditions proved to be particularly treacherous for the brave participants of the Superbike Cup. The riders in the latest addition to the JK Tyre Racing banner did not have wet tyres at their disposal and opted to wait beyond the scheduled race time in the hope for a drier track. 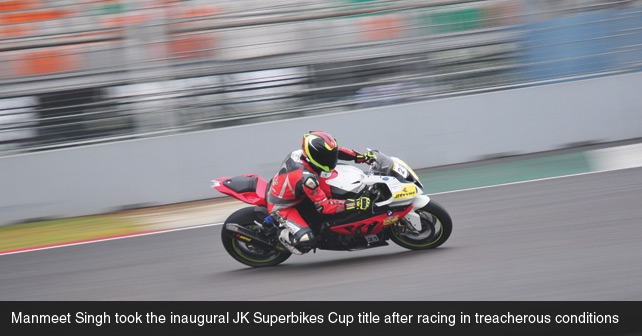 It was not a whole lot better as winner of the previous Superbike race at the BIC, Kulwant Singh discovered when his bike’s front end spectacularly gave way into the first corner on the opening lap, creating a shower of sparks behind him. Despite looking spectacularly scary, Singh picked his bike up to finish the race as Manmeet Singh took the win and the inaugural title in the category.

With little competition on the grid, Vishnu Prasad wrapped up the JK Racing India Series title behind the wheel of the FB02 car although casual observers could have been mistaken for thinking that he had been thwarted in doing so by guest driver Armaan Ebrahim. The former GP2 Asia Series and FIA Formula Two driver was dominant in his role as a benchmark for the FB02 field to measure itself against. 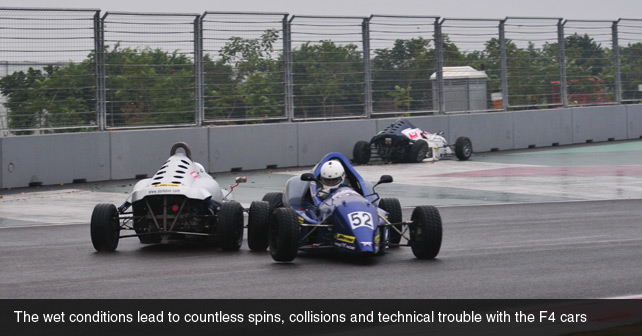 Prasad’s normally smiling demeanour disappeared whenever Ebrahim’s pace was mentioned as the lanky 21-year-old racked his brain to find a way to keep up.

Keeping up with the field in general was what MRF Formula Ford 1600 winner and MRF Formula 2000 racer Lee Keshav was hoping for as he found the limitations of coming into the race weekend cold and with seat fitting issues too much to overcome in his effort to make any impact on the outcome of the races.

Prasad was unable to stop Diljith in winning the LGB Formula 4 title, however, as his three pronged racing campaign (karting, Formula 4 and FB02) came to a close.

In what was supposed to be the safest series to race in at a wet and cold BIC – not based on a scary opening race, opening lap crash though – Karthik Tharani came from over 70 points behind to win the Polo R Cup title. Although much of the attention was hogged by newly crowned FMSCI National Karting champion Ameya Bafna who won two of the three races of the weekend in convincing fashion. Even though he was a guest driver, Bafna’s success may point at a solution to restart Polo R Cup champions graduating to VW’s European racing program. 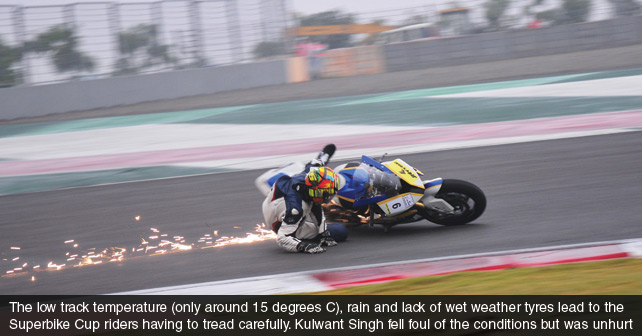 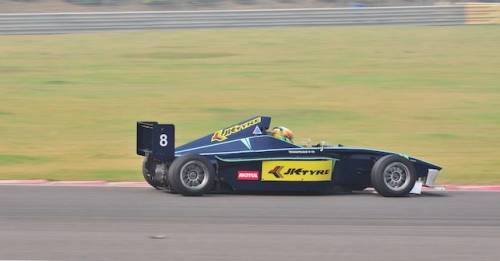 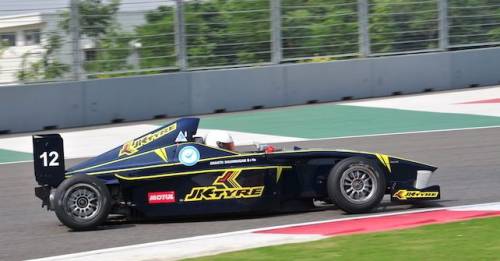 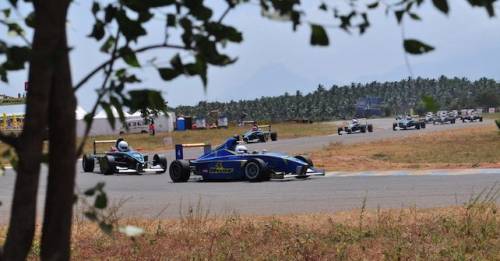 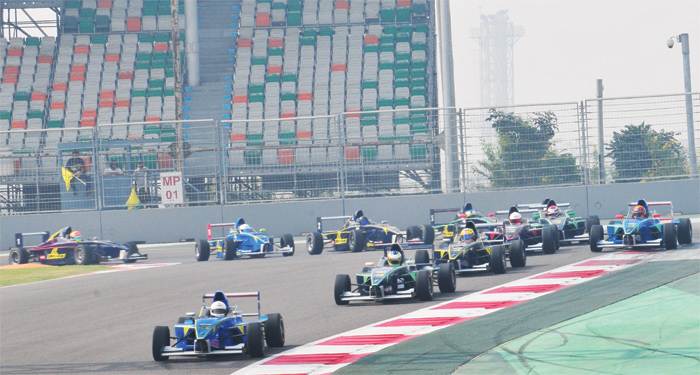 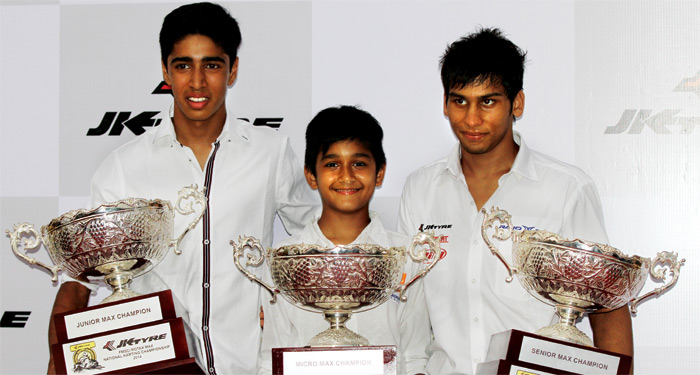 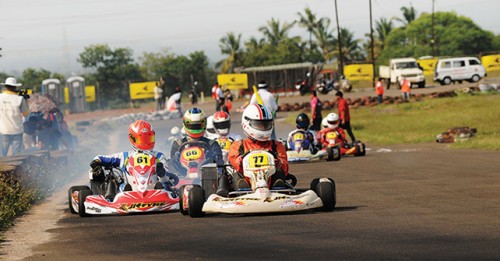