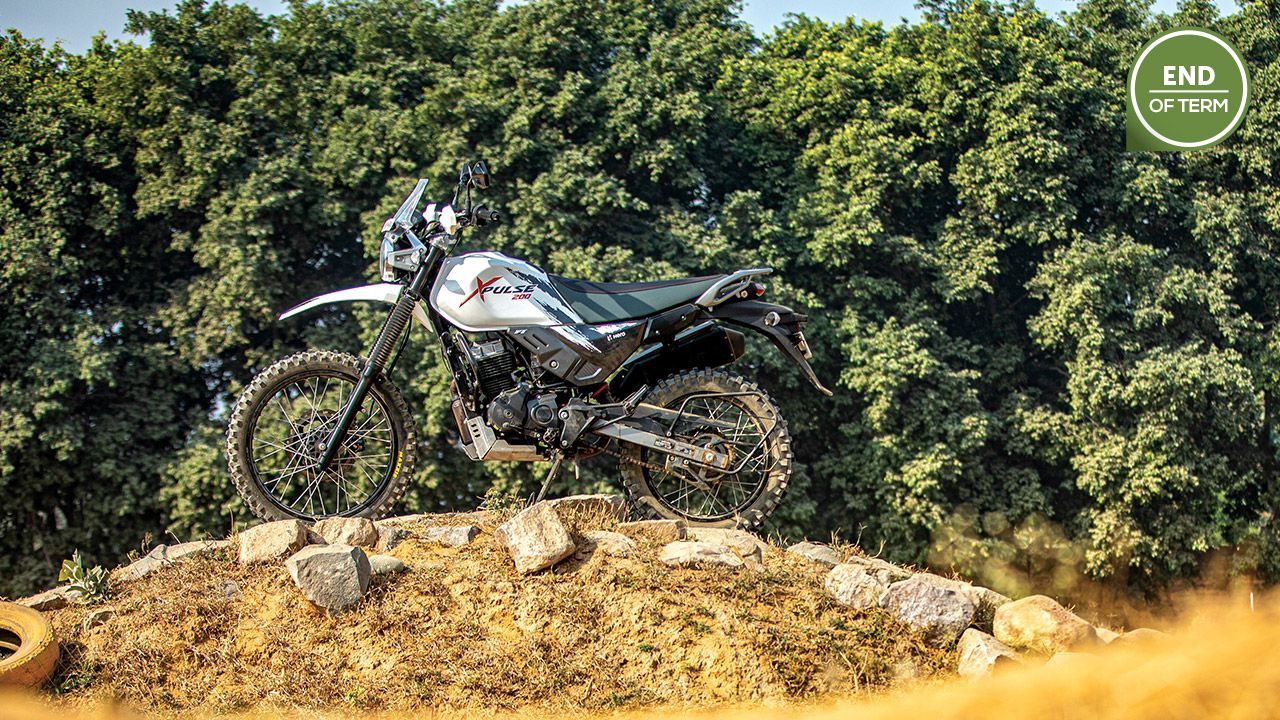 We just got the first servicing of the Xpulse 200 done and our little urban enduro is no longer the fantastic commuter motorcycle it once was. That’s because we have now fitted the Xpulse 200 with the ‘Rally Kit’. It now gets a new front and rear suspension, handlebar risers, new gear lever, side stand, higher ground clearance and a much higher seat.

The Xpulse was one of my favourite commuter bikes but now that it also gets the knobby Maxxis off-road tyres it can no longer be ridden on the road properly. The new Rally Kit, instead, makes this bike one of the most affordable dirt bikes in the country and as we found out in our off-road feature in this issue, the Xpulse 200 with the Rally Kit is a very capable machine and it can even be entered into rally competition racing. Now, if we just change the tyres to the normal road tyres, then the Xpulse can be ridden once again on the street, and I do think that I just might do that. The Xpulse looks amazing when fitted with the Rally Kit and I would still very much like to ride it on the road. But, for the next few weeks, I will be hitting the dirt a lot with this wonderful machine.

Long Term Report: December 2020
What I have always loved about the Hero Xpulse 200 is that it’s a very comfortable motorcycle to ride in the city. I have been using the bike as my daily commuter because I can ride it effortlessly in the city. When the roads are open, the 200cc motor offers punchy acceleration. When the traffic begins to pile up, the bike is very light and easy to ride and manoeuvre through the crowded roads. 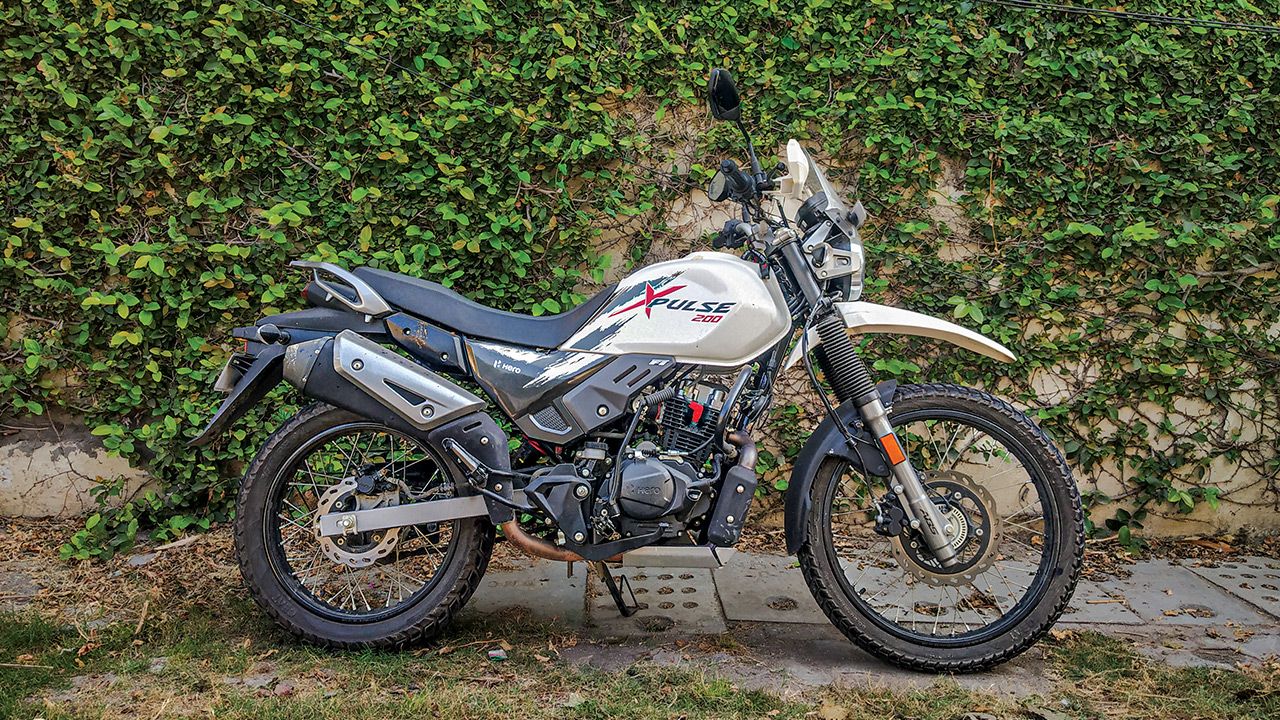 I also really like the seat height because I can get a commanding view of the road ahead. Parking the bike is very easy and it’s just such an easy bike to live with. The best part about the Xpulse though has to be its suspension setup. Because it’s a commuter-enduro machine you can just glide over any bad road that comes your way. When I ride to rural locations just outside of the city, I can confidently go over any bad road surface. I still think that the Xpulse is perhaps one of the best commuting motorcycles for Indian cities.

After about two months of riding this new bike, I do feel like the brakes have lost a bit of bite. The bike is due for its first service though and I think I will also update the bike with the Rally Kit. Watch this space for more updates.

Long Term Report: November 2020
We’ve got the Xpulse back with us again, but this time in its BS6 avatar. You may recall that the Xpulse won the coveted Indian Motorcycle of the Year Award 2020, and we have praised it as the perfect all-round city commuter. Well, there are no changes to the new Xpulse, except for the fact that it now gets a BS6 compliant engine and a redesigned exhaust. The bike that we’ve got with us now is brand new and in the last 2 months, it has just clocked 1,125kms. 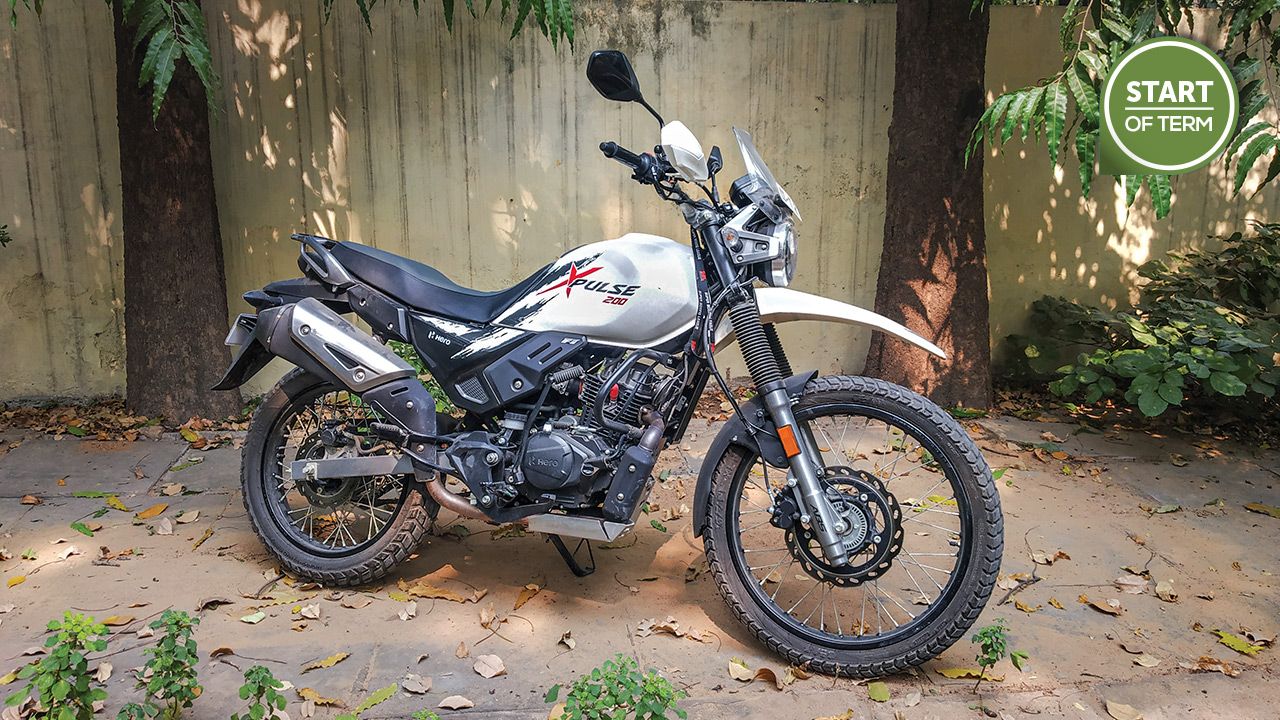 To be honest, I personally wasn’t very impressed with the motorcycle at first, but after riding it for the last two months, my fondness for the bike has grown quite a bit. Let’s start by talking about the Xpulse as a commuter. The Xpulse was designed to be an urban enduro machine, which means that you can ride it every day and that it can also be enjoyed as a dirt bike. As a commuter, the Xpulse has a lot of good things that make it stand out. The first is the design – it looks wonderful. The second is the high seating position. You sit higher than everyone else on the road, and its upright position is very comfortable.

What also makes the Xpulse a wonderful everyday bike is its suspension and handling. The bike can easily be ridden on rough roads, and you can comfortably go over potholes and broken roads without a care in the world. Its ride quality is simply fantastic. The bike is also very light and easy to manoeuvre. The short wheelbase allows you to weave through traffic, and the front-end feels light enough for you to make sharp directional changes. The engine is also powerful enough for quick acceleration and has a pretty decent mid-range. Gear changes are smooth, and the overall quality of the bike is pretty good too. You also get single-channel ABS as standard, which works very well. Commuting every day to work has been pretty fun on this bike.

On weekends, when you aren’t commuting to work, you can hit the trails closest to you for a wonderful and fun day of off-road riding. It’s not the most capable bike out there, but it’s easy to handle and great for improving your skills. That’s the beauty of the Xpulse – it can be your two-in-one motorcycle. Sure, it does have a few problems, such as the top-end power and vibrations at high speeds on the highway. It’s not something you’d want to use on a 500km road trip. Still, you can have good fun with the bike, and the best part is that it’s affordable and light on maintenance. I must say that as an everyday commuter, I have no complaints about the Xpulse. It’s well built, comfortable, and there is nothing else like it in the sub-200cc segment.