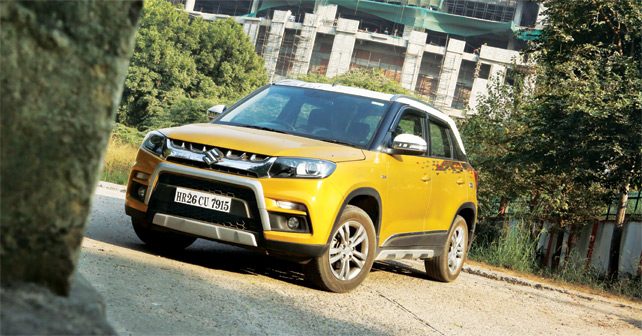 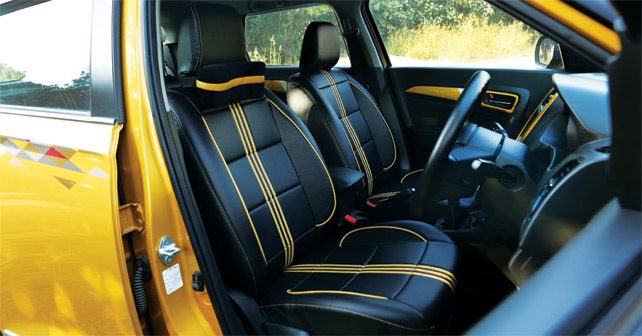 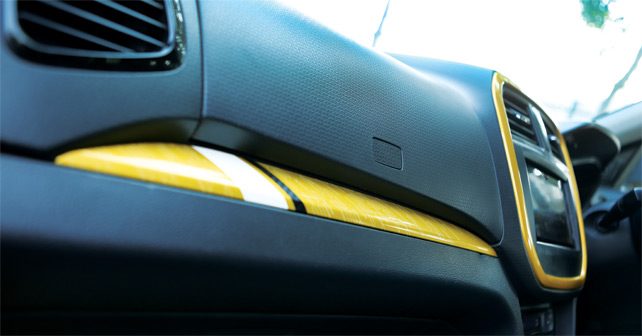 Last month, the kind folks at Maruti Suzuki took the effort of taking the Brezza back and asked me to choose a slew of customisations from a pre-set list that I would like to make to the car – all to launch the new customisation service that they were introducing. And to be honest, I was quite excited to see what the results of the customisation would look like. After all, it would be a car personalised by me that I would be driving.

And as you can see in the pictures, the customisations have had a marked effect on the appearance of the car. The yellow piping in the seat covers, the yellow detailing all over the interiors – especially in the centre console and dashboard – and the funky graphics on the outside of the Brezza give it quite a unique touch. And the quality of the modifications is also quite promising, with the tweaks lighting up the interior of the car. In my opinion, the customisations are quite well executed and give the car a unique identity – which should be an absolute boon for customers who’re looking for a painless process of applying their own unique touch on their cars. 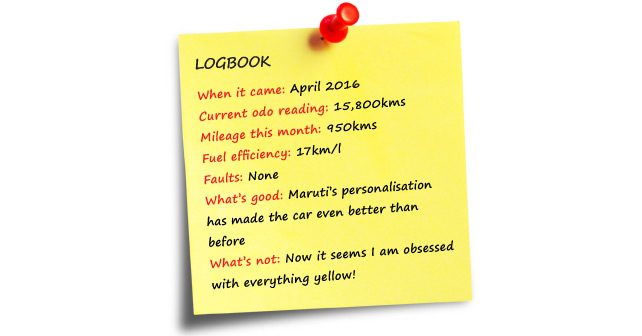 Other than the customisations, the Brezza remains rock solid as an everyday car. The ride remains comfortable, while it sips fuel at a pretty slow rate, making it rather efficient. There is only one drawback to my car though, with its bright yellow paintwork and now further detailing in yellow all over the inside of the car, it seems that I have a fetish for all things yellow!