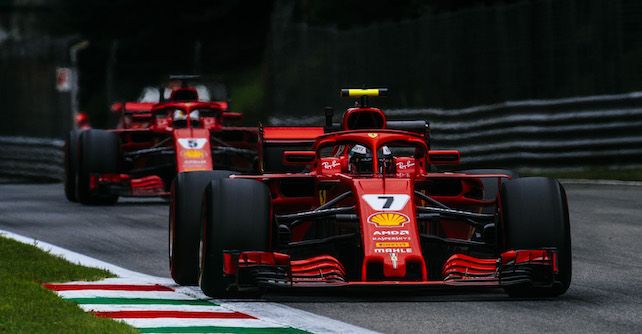 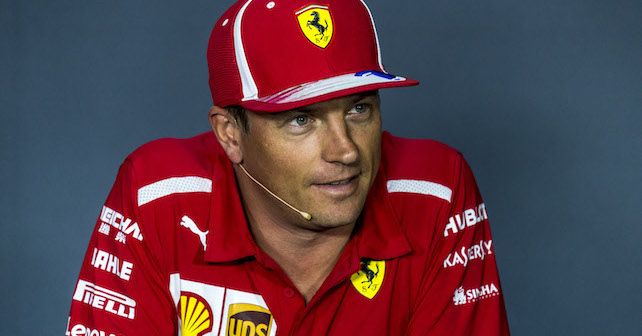 Raikkonen's pole position lap was the fastest ever in F1 with an average speed of 263.587km/h. (PHOTO: Ferrari)

Ferrari and Mercedes slugged it out for pole position at the fastest racetrack on the Formula 1 calendar. Ferrari's Kimi Raikkonen led home teammate Sebastian Vettel to score a front-row lockout in qualifying for the Italian squad at Monza for the Italian Grand Prix.

It was the first front-row lockout for Ferrari at Monza since the 2000 Italian Grand Prix when Michael Schumacher was on pole ahead of teammate Rubens Barrichello.

Just under 0.4 seconds slower than Hamilton was his teammate Valtteri Bottas as Mercedes occupied the second row of the starting grid. Bottas has agreed to support Hamilton in his quest for the title this year after Mercedes announced the imposition of team orders.

Ferrari have not yet publicly stated if they will do the same with Raikkonen in order to help Vettel beat Hamilton to become only the third F1 driver in history to claim five drivers' world championships.

The power advantage of Ferrari and Mercedes over the rest of the grid was apparent as Red Bull-Renault's Max Verstappen was nearly a second slower than Bottas in fifth place ahead of Haas-Ferrari's Romain Grosjean, Renault F1's Carlos Sainz Jr., Force India-Mercedes' Esteban Ocon, Toro Rosso-Honda's Pierre Gasly and Williams-Mercedes' Lance Stroll.