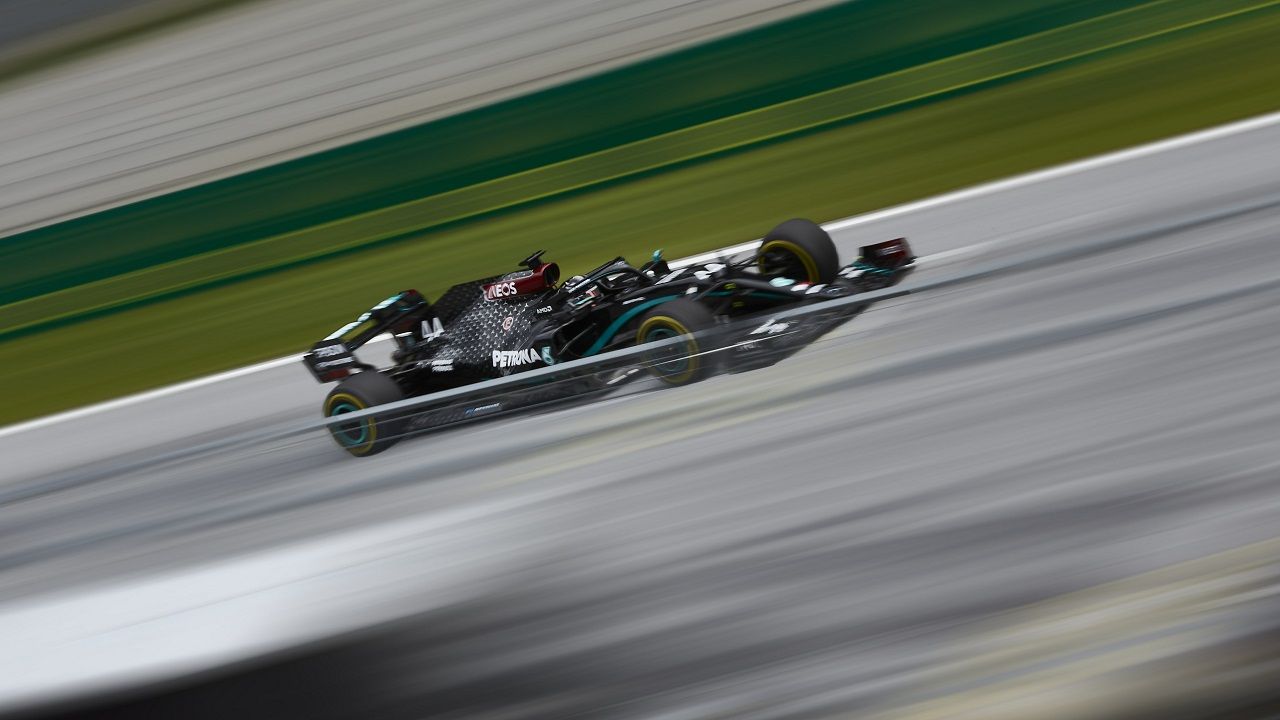 Lewis Hamilton took 85th career win at the second round of the 2020 season at Red Bull Ring in Austria. Valtteri Bottas finished in second, followed by Max Verstappen in third. Ferrari scored a double DNF.

Mercedes-AMG’s Lewis Hamilton cruised to a comfortable win at the second round of F1 2020. The reigning world champion led the race from pole to finish line without facing any challenge from rivals. Hamilton’s teammate and last race winner Valtteri Bottas finished the race 14 seconds behind to take second place, while Red Bull Racing's Max Verstappen finished in third.

Hamilton started the race on pole after posting a spectacular lap time during a wet-weather qualifying session on Saturday. As soon as the lights went out, Hamilton got off to a flying start and maintained his position. However, all the drivers had to slow-down in the very first lap as Ferrari drivers – Sebastian Vettel and Charles Leclerc – collided with each other and retired. The fault majorly lied with Leclerc, who decided to overtake his teammate rather overenthusiastically to gain places in the very first lap. It ended with a double DNF for Ferrari - a nightmare for the team, which is already struggling for pace this year.

Once the session was green flagged, there was no looking back for Hamilton and after 71 laps of flawless driving, he finished the race to take his 85th career win. Verstappen was placed second for the most part of the race, but he was overtaken by a charging Bottas on fresher tyres during the closing stages, meaning he had to settle for third.

Red Bull Racing’s Alex Albon couldn’t quite match the pace of his teammate, but managed to fend off Racing Point’s Sergio Perez to finish fourth. Perez, on the other hand, had a spectacular race as he recovered from 17th to 5th until the last laps. In his attempt to pass Albon, Perez damaged the front wing of his car, which affected his pace, and he was overtaken by McLaren’s Lando Norris on the very last lap. However, Perez still managed to finish in 6th, just ahead of his teammate Lance Stroll (7th) and Renault’s Daniel Ricciardo (8th).

McLaren’s Carlos Sainz finished in 9th place, but managed to get an extra point for posting the fastest lap of the race. AlphaTauri’s Daniil Kvyat rounded out the top ten.

In the driver's championship, Bottas still sits at the top with 43 points - 6 points clear of Hamilton in 2nd place (37 points). The next race will take place in a week's time in Hungary.