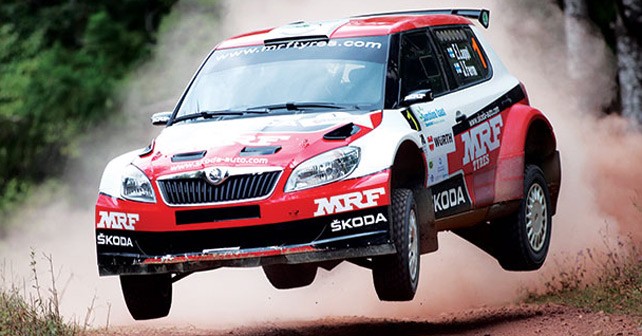 Lappi’s victory was the third in a row for the Team MRF Skoda Fabia S2000s, after victories in New Zealand and New Caledonia.

While Lappi and co-driver, Janne Ferm, claimed the win, their team-mates, Indian Gaurav Gill and Australian Glenn Macneall, were forced to retired from the event with broken rear suspension on day two, dropping them to third in the title race.

Twenty-two year old Lappi was appearing in an Australian event for the first time. Having competed in the event before, Gill was confident of taking his second consecutive victory, but a puncture early in the event cost him over two minutes and allowed Lappi to control the event from the front.

“It broke off in a straight piece of road,” Gill said. “I didn’t hit anything, but maybe it had fractures in it from somewhere else. I’m really disappointed, but we will fight back on the next round in Malaysia (August 24-25).”