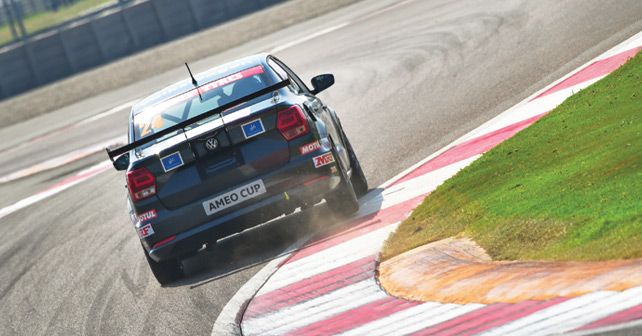 Volkswagen's one-make Ameo Cup racing series has been given the status of National Championship by Federation of Motorsport Clubs of India (FMSCI).

Volkswagen Motorsport India’s Ameo Cup racing programme has received the status of National Championship in India from Federation of Motorsport Clubs of India (FMSCI). What this means, for the participating racers, is that the winner will now be recognized as 'Indian National Champion'. The format of the Ameo Cup, however, will remain unchanged.

For the uninitiated, the Ameo Cup is Volkswagen Motorsport India’s one-make racing series that’s been on the domestic racing calendar for two years now. That said, the history of Volkswagen’s one-make series goes all the way back to 2010 when the firm launched the Polo Cup. In the following years, it was changed to Vento Cup, while in 2017, the company overhauled the entire racing programme with the introduction of the Ameo Cup.

Commenting on the development, Sirish Vissa, Head of Volkswagen Motorsport India said, “We are happy that the FMSCI has recognized the racing series we have been running over the years as a class of the National Racing Championship from this season onwards. We have put in a lot of efforts over the years in building up a racing property that is truly of international standards and the recognition of being a National Championship encourages us further to take this to the next level. This is a positive step for us as a manufacturer, and the championship, as the winner, will be officially be crowned a National Champion by FMSCI.  This will, in turn, help our drivers in growing further in their racing careers.”

The 2019 edition of the Ameo Cup will kick off on June 22 at Kari Motor Speedway near Coimbatore, followed by the second and third round at Madras Motor Race Track in Chennai, and the last round at the Buddh International Circuit near Greater Noida. The racing season comprises 10 races over four race weekends.

We go racing in the Volkswagen Ameo Cup Championship