Since Evolet has fewer or no BS6-compliant vehicles in its product line-up, there is not much to show here. Stay tuned, as we'll update this page as soon as BS6-compliant products are introduced.

Evolet Scooters – a start-up that aims at delivering electric two-wheelers – is a subsidiary of Rissala Electric motorcycles. Evolet Scooters India was launched by its parent company in the year 2019. The start-up aims to push electric mobility in the country by offering efficient and smart two-wheelers, and in turn, minimise pollution and reduce the carbon footprint.

Initially, three new Evolet scooters were launched at their event in September 2019. Nevertheless, all Evolet scooters in the company’s maiden innings were the Polo, Pony and Derby. On the whole, the scooters are powered with a BLDC battery that is either mated to a VRLA or a lithium-ion battery. Since they are low-speed scooters, the target audience is limited to urban houses.Also, Evolet scooters priced their first batch of scooters in a rather aggressive manner.

At the time of launch, the company also mentioned about their manufacturing facility in Bilaspur, Haryana. The company also plans to introduce a fully-faired sportsbike Hawk, a naked street bike called the Falcon and a maxi-scooter called Raptor in the near future. 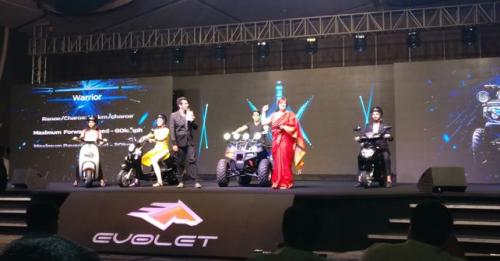 Haryana-based Rissala Electric Motors Pvt Ltd has forayed into the Indian electric mobility space today, with the launch of its EV brand  –  Evolet. The products launched today include three....