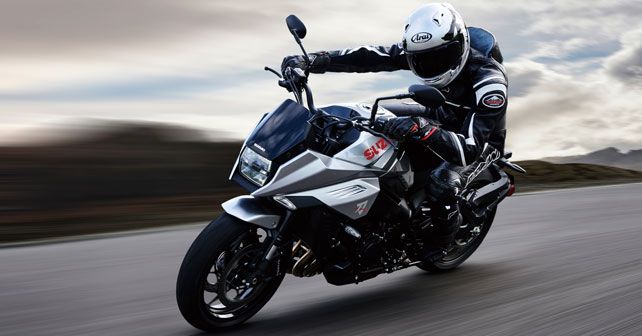 Suzuki brings back the iconic moniker – Katana. This new motorcycle is based on the GSX-S1000

Over the last few weeks, Suzuki has been building a lot of curiosity around the Katana. The Japanese bike maker has now taken the wraps off it at INTERMOT. Katana is not a new name for the brand – it went on sale in 1981, and during the time it was one of the most iconic motorcycles sold by Suzuki. Based on the concept showcased last year, this 2019 Katana aims to live up to the legacy of its predecessor.

The 2019 Katana’s design pays homage to its ancestor, especially the squared headlight and the fairing. That said, the new Katana has modern touches like the LED lighting and an all-digital LCD dash. The fuel tank is sharply cut and syncs well with the fairing. The tank, however, just holds 12 litres of fuel, which means a short riding range. The floating tail section adds a sense of elegance to the Katana.

At the heart of the Katana is the same 999cc inline-four motor from the GSX-S1000R. The liquid-cooled powerplant is good for 148bhp and 108Nm. All of this power is sent to the rear wheel with the help of a 6-speed transmission. In line with the latest trends, the Katana comes loaded with safety features like a slipper clutch and three levels of traction control that can also be switched off. The Katana is based on the same platform as the GSX-S1000 too. Suspension duties are performed by 43mm KYB USD forks up front and pre-load adjustable mono shock at the back. Dual channel ABS comes as standard.

Suzuki will launch the Katana in the European market in the first few months of 2019. Although there is no official confirmation about its launch in India, we expect it to land on our shores towards the end of 2019.