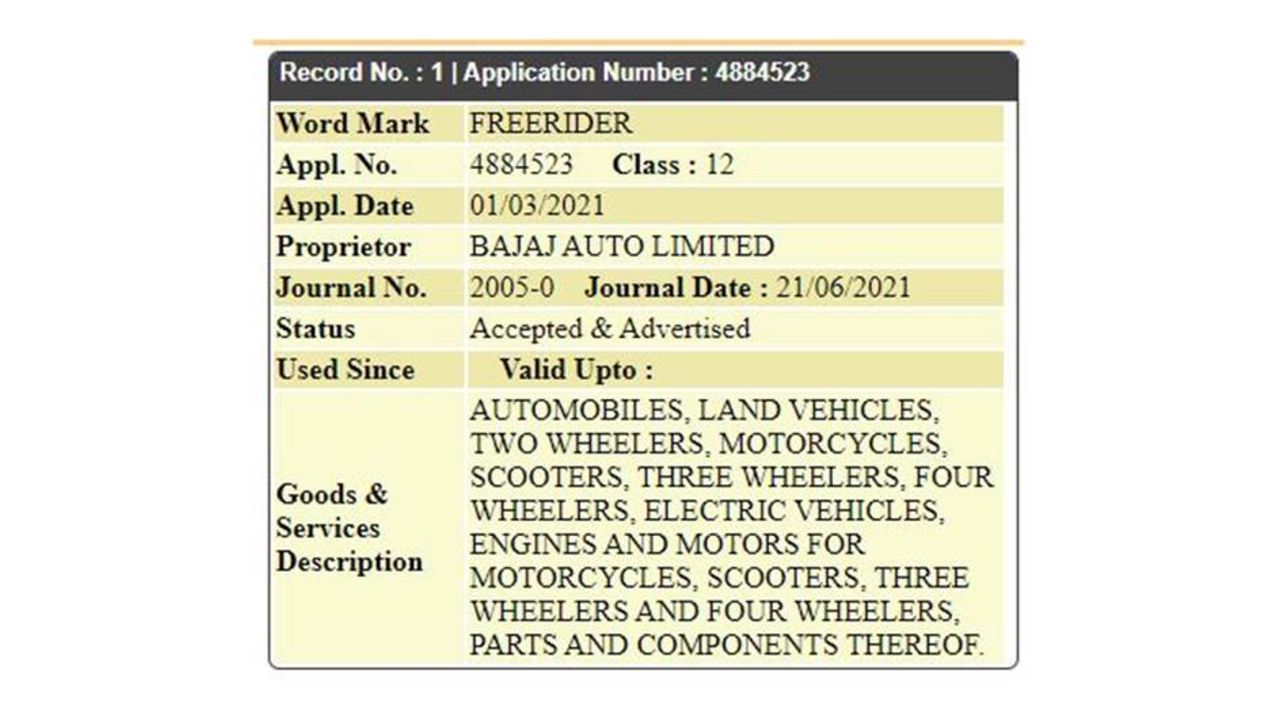 An electric motorcycle? A new adventure tourer? What does Bajaj two-wheelers have in the pipeline for us? Only time will confirm if Bajaj will bring a motorcycle that is powered by a battery or dinosaur juice.

Bajaj two-wheelers has trademarked the name ‘Freerider’. The new name could be for a new electric motorcycle, which might share the showroom floor with the Bajaj Chetak.

Earlier this year, Husqvarna unveiled the E-pilen electric motorcycle. The new two-wheeler EV is capable of pushing out 10.7bhp and gets a swappable battery pack. The motorcycle is in the concept stage as of now, and it'll go into production under the guidance of Bajaj two-wheelers. The Indian two-wheeler company could bring in its own version of the E-pilen for our market.

Now, it's possible that Bajaj has reserved the name ‘Freerider’ for an adventure tourer motorcycle, which could be the same one that's right now in the pipeline, and if it is, it might rival the KTM 250 Adventure. Now, it's unlikely that Bajaj will use the Dominar 250’s platform and drivetrain for the new bike, for the Dominar tips the scale close to 180kgs (kerb).

A new Bajaj motorcycle, which is rumored to be an all-new Pulsar 250, has also been spotted. Bajaj can also use the newly developed platform and a new engine to develop a quarter-litre adventure motorcycle, which could rival the KTM 250 Adventure and Royal Enfield Himalayan.

However, as of now,  all these are nothing more than speculations, and only time will tell if they are realised. For now, all we know is it will be called the Freerider.