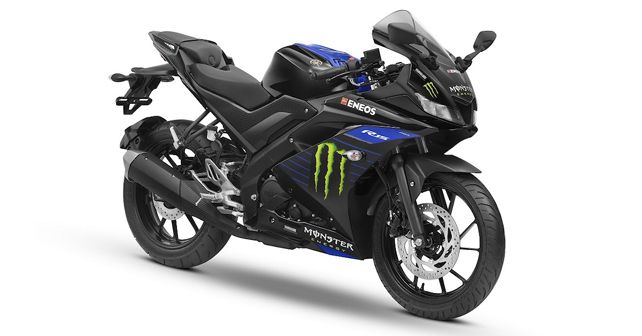 The MotoGP editions of the Yamaha R15 V3, FZ25 and Ray-ZR come finished in Yamaha Racing team's Monster Energy paint scheme. There are no mechanical changes.

Yamaha India has launched MotoGP inspired editions of the R15 V3, FZ25 and Ray ZR. Dubbed the Monster Energy MotoGP edition, these special liveried variants are available at a premium of Rs 1,500- Rs 2,500 over their respective standard versions.

The R15 V3 MotoGP edition features a new black and blue paint scheme with loud Monster logos in green. It also gets Yamaha’s signature ‘Tuning Fork’ logo on the tank and a Yamaha racing logo. The livery is inspired by the team’s current MotoGP machine, the YZF-M1, which dons new colours from this season because of the change of title sponsor to Monster Energy from Movistar last year. Mechanically, the motorcycle is unchanged. The Yamaha R15 V3 Monster Energy MotoGP edition is priced at Rs 1,42,780 – which makes it Rs 2,500 dearer than the standard model. 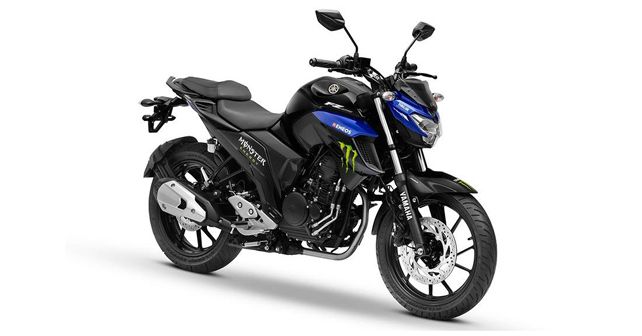 Similarly, the MotoGP edition of the Yamaha FZ25 features the same colour scheme, with a dash of blue and green and black colour as the base. There are also Monster Energy decals on the bike. All of these come at an additional cost of Rs 2,500, meaning the FZ25 MotoGP edition is priced at Rs 1,36,780. On the mechanical front, however, there is no change. 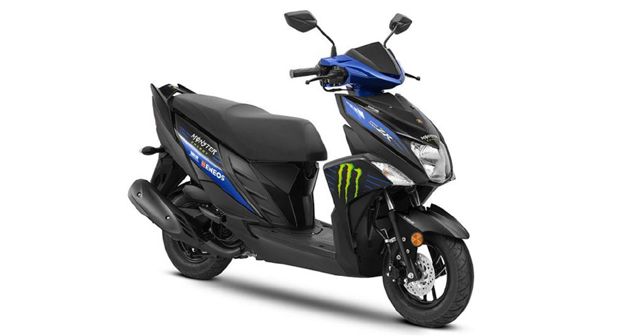 Alongside the two motorcycles, Yamaha has also painted the Ray-ZR scooter in MotoGP colours. It also features the Monster Energy colour scheme and is priced at Rs 59,028 – only 500 rupees more than the regular version. Mechanically, the Ray ZR MotoGP edition is also unchanged.

The customers of these special edition MotoGP variants will also get a Yamaha Racing MotoGP T-Shirt.

All the prices are ex-showroom, New Delhi.