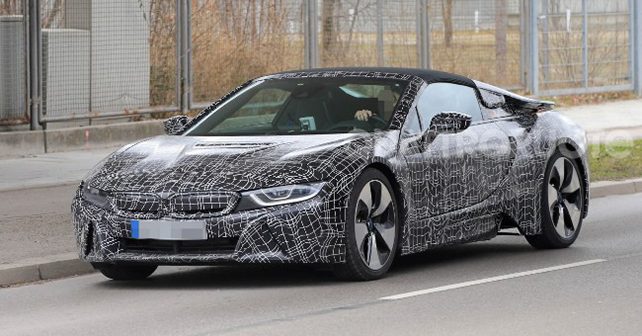 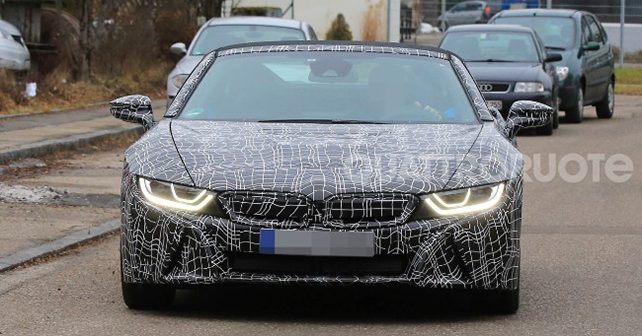 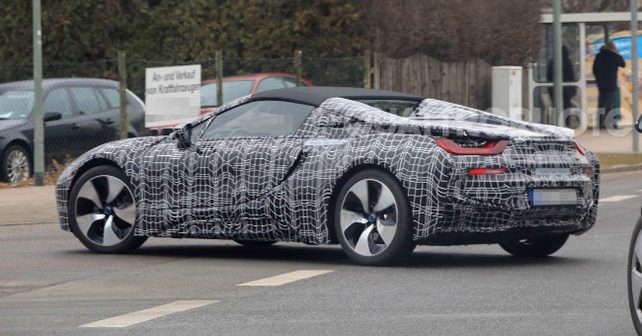 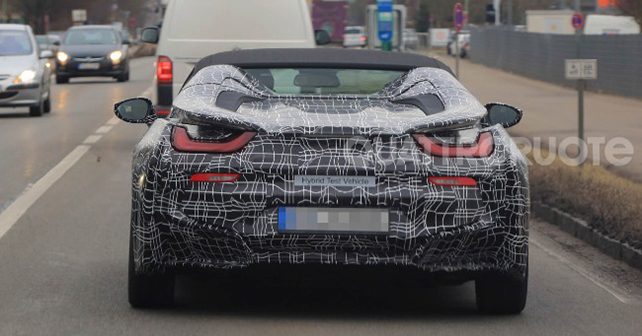 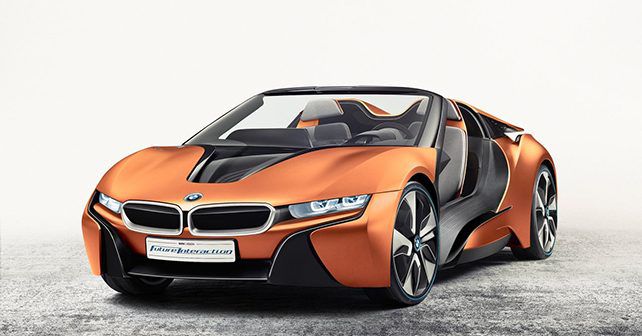 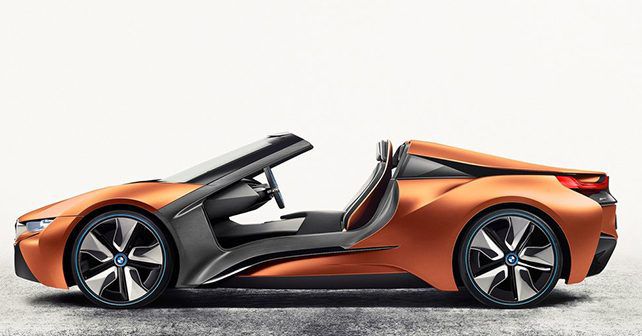 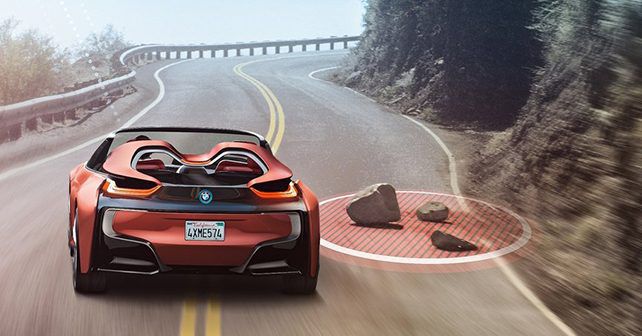 The BMW i8 Roadster has been spotted testing ahead of its launch.

BMW’s electric ‘i’ division have been working on removing the roof of the BMW i8 plug-in hybrid sports car. The convertible will be called the BMW i8 Roadster and will go into production in 2018.

In 2016, BMW showcased the BMW i Vision Future Interaction concept which was based off the i8 with no roof or doors. The concept also features some new interactive technologies which BMW claimed they would be developing on the lines of interaction, safety and autonomous driving.

Prior to its launch, our partners Quattroruote have spotted the i8 Roadster testing in urban areas in Europe which reveal white a lot about the car, despite being in full camouflage.

The spy shots revealed minor changes to the existing styling of the sports car. The headlamps have updated graphics which features a dual strip LED DRLs, as opposed to the single one from the current hard top, while he bumpers are slightly redesigned. These changes are likely to be offered with the hard top introduced as a facelift soon.

The roof of the car is where a majority of the design and engineering has been utilised. While the hard top features two struts on either side of the roof, which started from the A-pillar and tapered down as a floating structure above the tail lamps, the Roadster instead features a single floating panel which starts from the rear on one side, and goes along the top horizontally to connect with the panel on the other side.

The i8 hard top features butterfly doors, but images don’t yet reveal what kind of doors the convertible will feature. Given the position of the mounting and the cut-off point on the A-pillar, the Roadster may still feature the same mechanism. However, BMW may chose to integrate conventional opening doors with the Roadster to reduce weight as some mass may be incorporated to the carbon fibre structure to add rigidity.

As for the powertrain, the 1.5-litre, 3-cylinder turbo-supercharged petrol engine may be tuned to develop more power, while the batteries may be updated for better range in EV mode. The whole system itself may feature reworking to be more economical. These changes may also be integrated to the hardtop coupe as well.