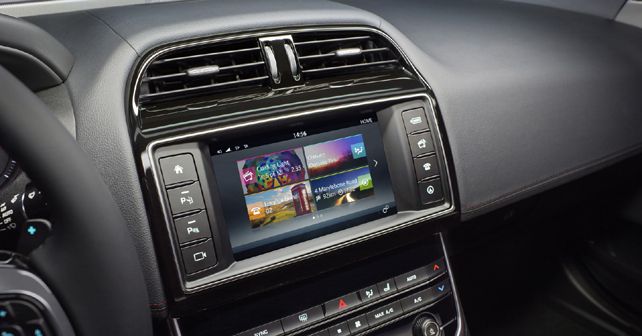 New updates will be available as part of an optional smartphone connectivity package on new cars. Currently, existing customers in the UK can avail retroactive updates for their cars.

British marque Jaguar Land Rover has confirmed that 2019 model year onwards, all Jaguar and Land Rover vehicles equipped with its InControl Touch Pro or Touch Pro Duo infotainment systems will be available with an optional smartphone connectivity package, which will include Apple CarPlay and Android Auto connectivity options. However, the package installation is being rolled out at an additional cost, as it won't be factory-fitted even on new cars.

Keeping in mind the growing popularity of both the connectivity apps, even the existing owners of Jaguar and Land Rover vehicles with an InControl Touch Pro or Touch Pro Duo infotainment system can avail the new feature via a retroactive upgrade for the existing infotainment system on their cars. While the retroactive updates have been rolled out in the United Kingdom, the US will perhaps be the next location to receive these changes. However, there is no fixed date as yet.

Similarly, it's also not certain whether these upgrades will reach India-spec models or not.

On the whole, 2018 has been a successful year for Apple's CarPlay adoption, with major brands like Toyota, Lexus, Mazda and now Jaguar and Land Rover joining the bandwagon to offer the software platform as a pre-installed option on their vehicles.